Nine glorious days of fine weather had to come to an end at some point. We thought it was at the end of the our 9-day trip, but the good weather still existed on the other side of Takaka Hill. In Nelson we had a glorious dinner by the river the night we finished, and then a lovely (if we ignore the sore feet) walk towards Tahuhanui. 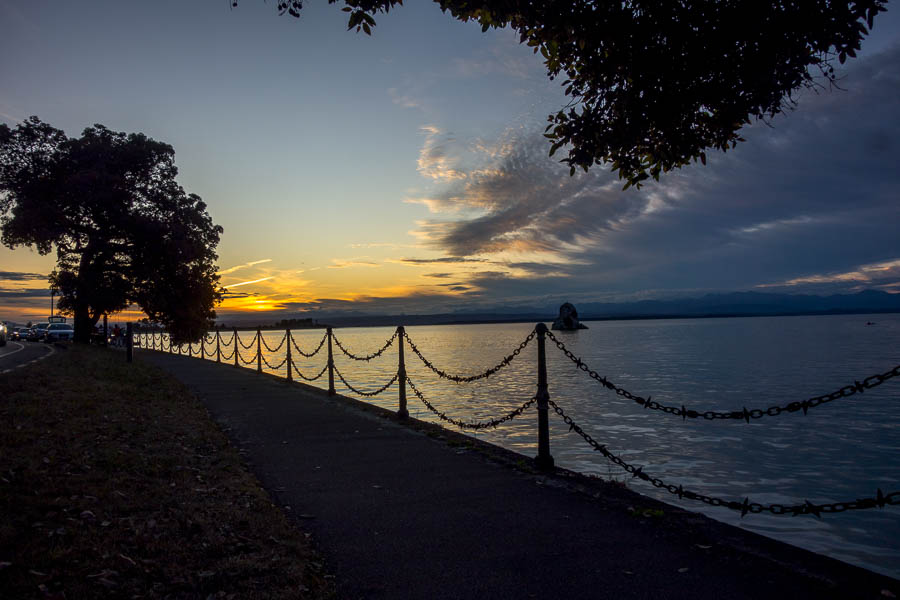 A relaxed start the next morning had us meandering towards Murchison where we enjoyed “caesar salads” (with the non-traditional ingredients of cabbage, carrot, tomato..) – I didn’t care about the unusual ingredients I was just happy to be eating fresh vegetables! Post lunch we had a short stop at Maruia Falls, before our indulgent night of the trip at Maruia Hot Springs. 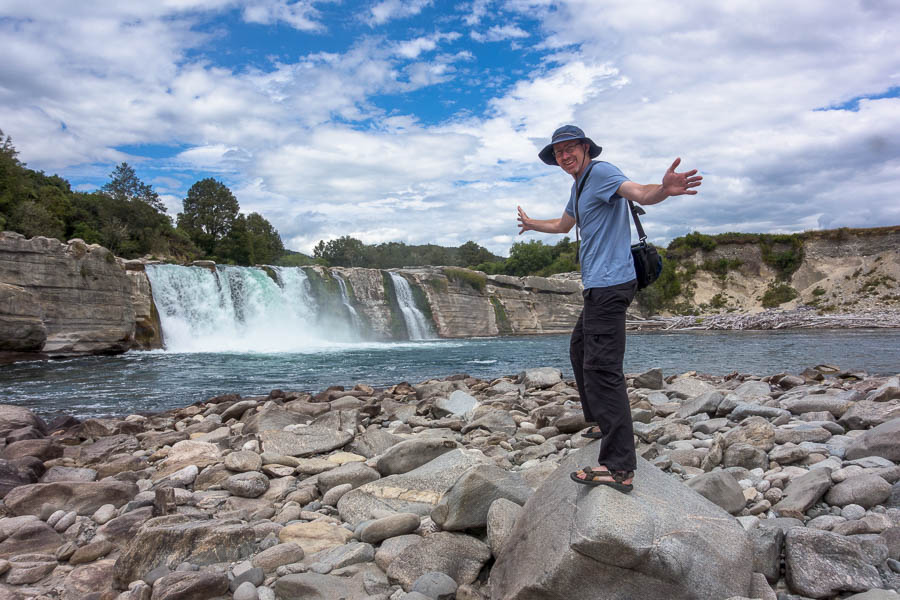 Unfortunately no one gave me the memo to bring my fly face net – it would have been perfect. Submerged in the outdoor hotpools it was just my face that the sandflies had access to. Next time it will be an essential item on the packing list – and to be honest, might be something worth throwing in for any NZ trip in summer. 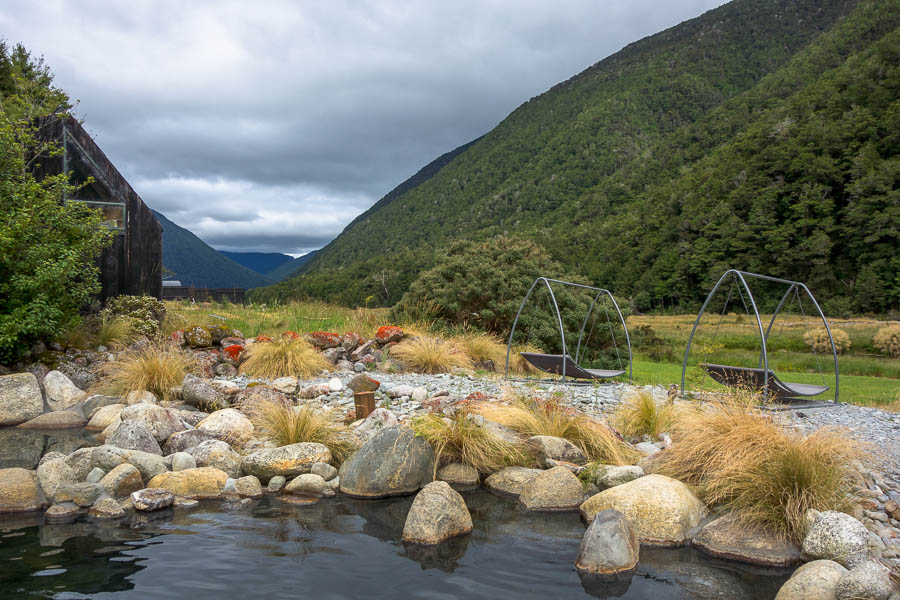 The weather was meant to be worst the two days we were in Arthur’s Pass. We tried to be ambivalent about it – after all we had just had the most amazing weather for the part of the trip where it was most important. Heavy rain warnings were in place for much of the North Island and parts of the northern South Island. While we weren’t under a warning there was still the potential for plenty of rain. On the bright side we were in a motel not a tent! 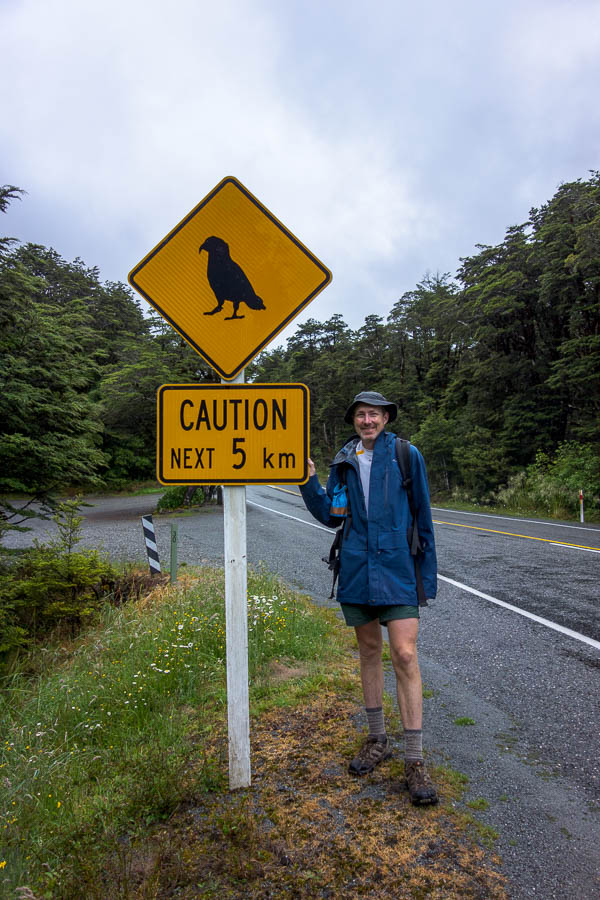 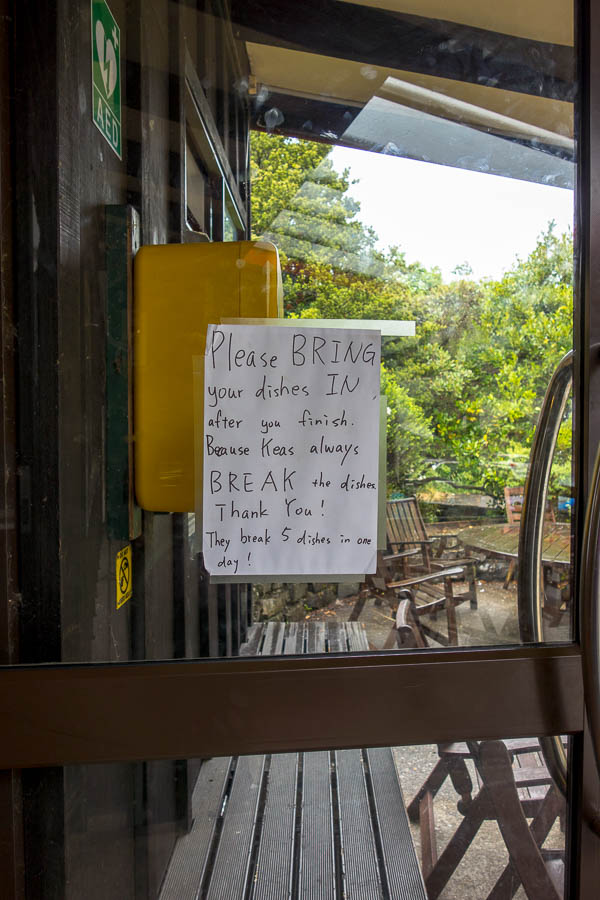 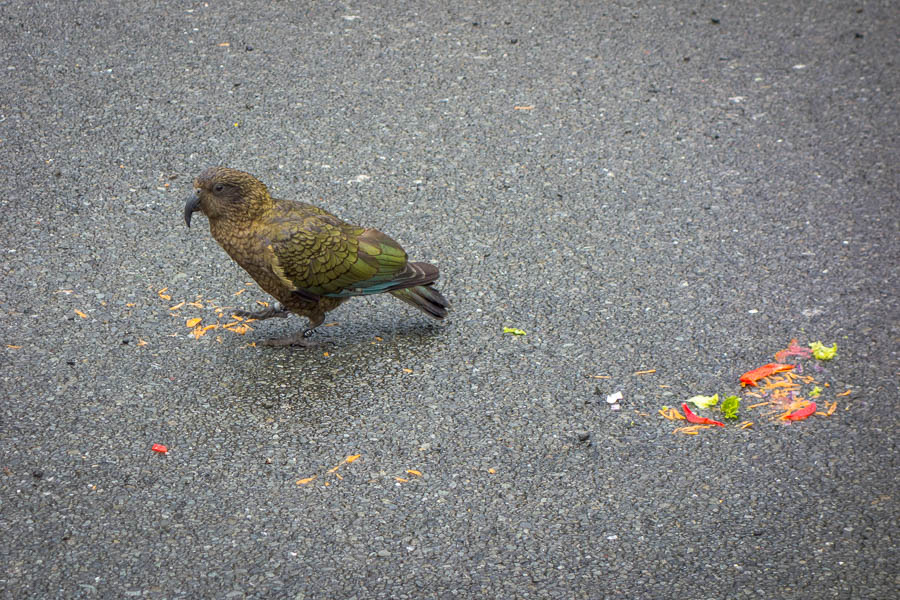 The rain set in not long after we arrived in Arthur’s Pass village. When it eased off a bit we took the chance to walk to the Devils Punchbowl (waterfall). 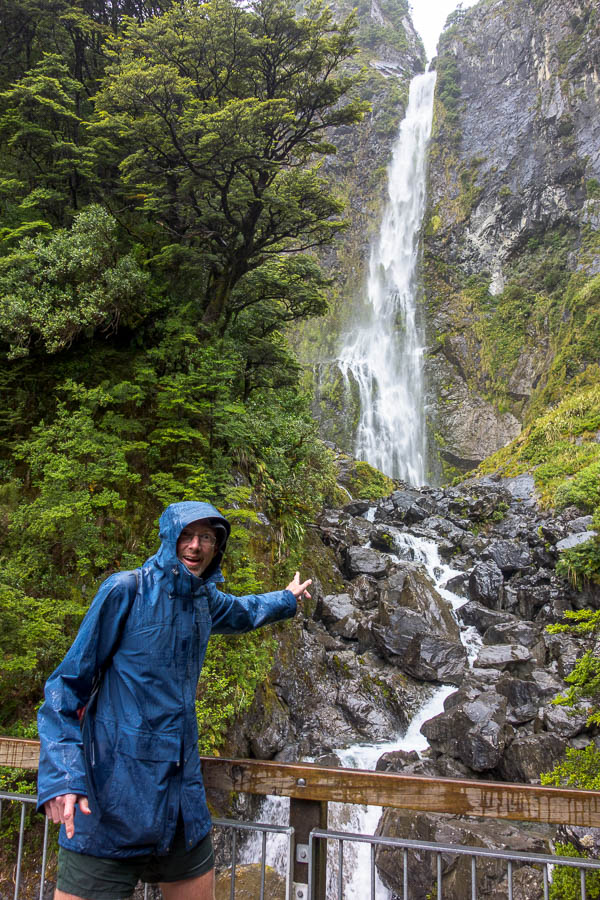 This was followed by an early dinner at the Wobbly Kea. Arthur’s Pass seemed to have the most pronounced staff shortages of anywhere we had been, leading to reduced menus/opening hours and at times poor customer service (not at the Wobbly Kea which was excellent despite its challenges). I understand the issues and have sympathy for the individual business owners, but it does make travelling a bit of a drag. How’s that for first world problems?

The next day we’d been hoping to do Avalanche Peak but with the conditions there was little point. Checking the MetService forecast in the morning we saw there was 38mm of rain forecast for Avalanche Peak for the afternoon, but only a few millimetres for the morning. Better get out and doing something in the morning then. Though then we checked some other forecasts which suggested the afternoon would be better than the morning. Who to believe? In the end we got going and had a relatively dry walk up the Arthur’s Pass Walking Track. At the top we even climbed a bit of a way up the Temple Basin track to get a view of a waterfall (when the clouds cleared enough). 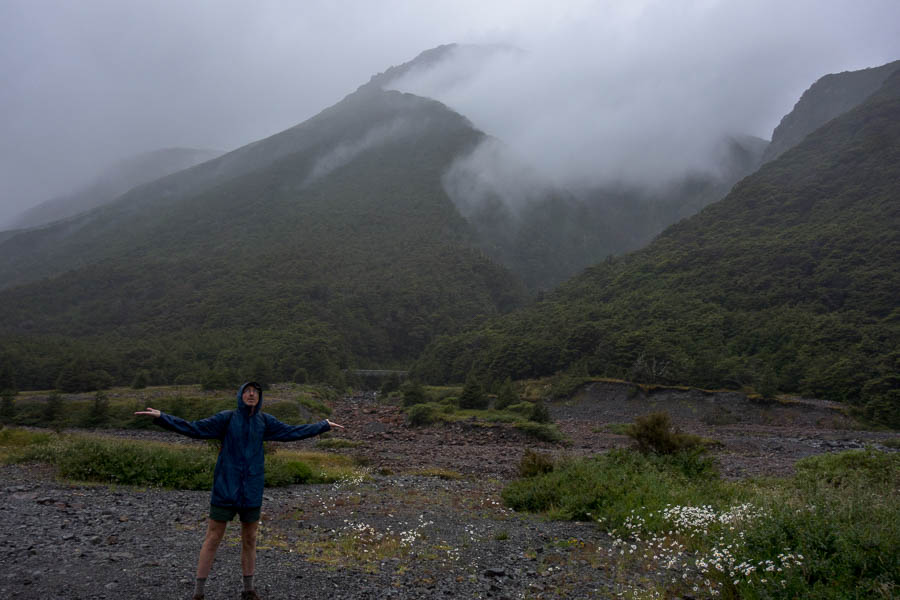 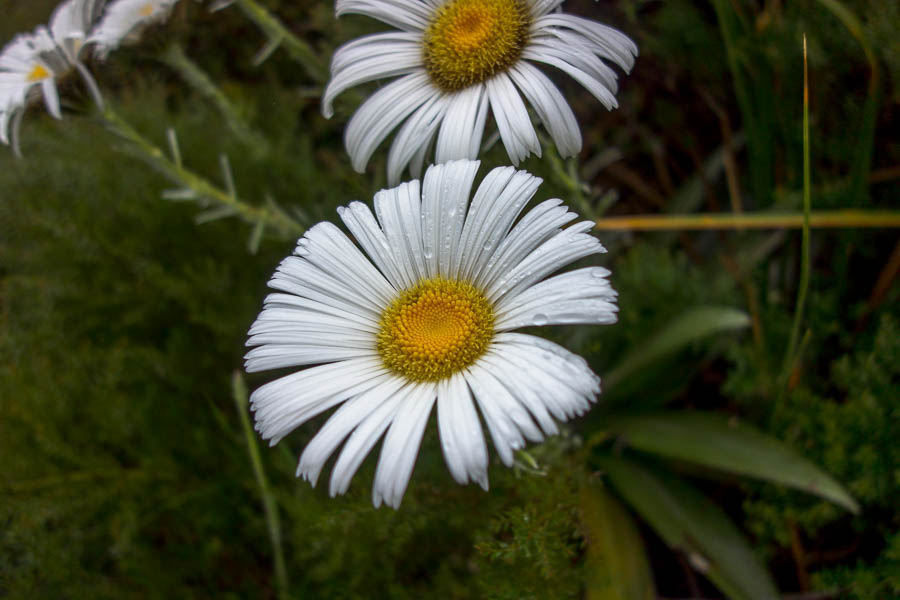 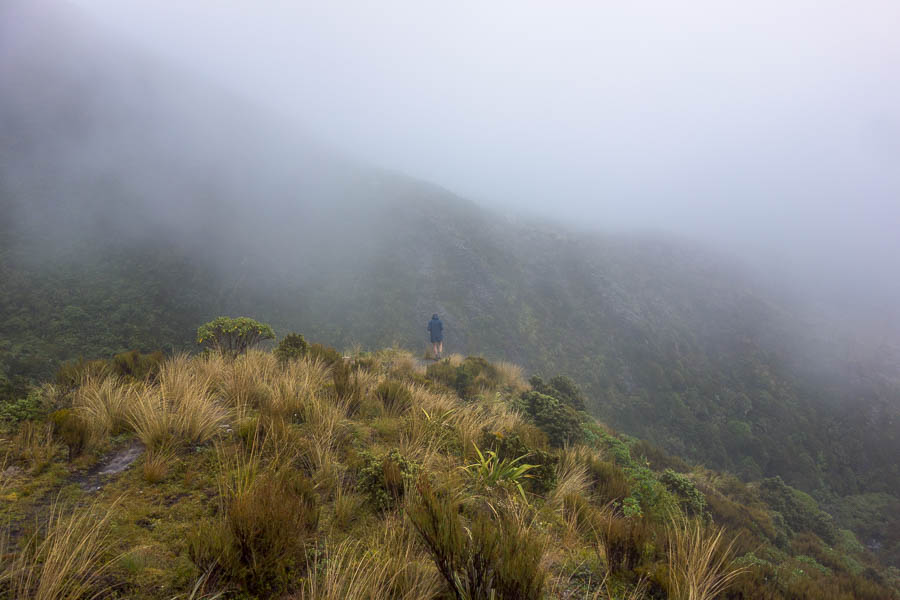 We were somewhat bemused as we started seeing a string of people just starting out as we got nearer to the village on our way back – one commented “what a stunning day”. I guessed she’d driven from Christchurch which was still having good weather (but look out the next day). We looked very overdressed in our tramping rain jackets – which admittedly I did need to take off just before the end as I’d got too warm. A small part of me was wondering if we should have waited – but then about an hour after getting back to our motel it poured. And poured. And poured. So much so the smugness threatened to overwhelm our motel room. Eventually it eased off enough for us to run across the road for a coffee. And do a bit more wandering the small tracks around town. Once again glad I wasn’t in a tent.

The next morning we set out in wet conditions towards Christchurch. I had picked out a walk but it involved a 2000m+ peak which seemed a bit pointless/masochistic given the weather. I would have liked to give the Cave Stream Creek cave a go – but at 13°C it didn’t seem like the most sensible option for the day either. Instead we just checked out the inlet and outlet – next time. 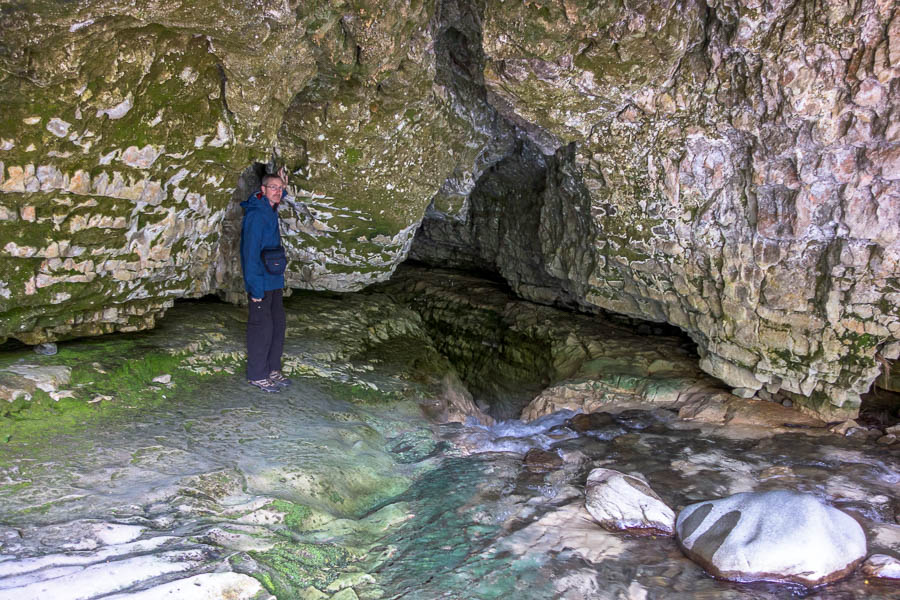 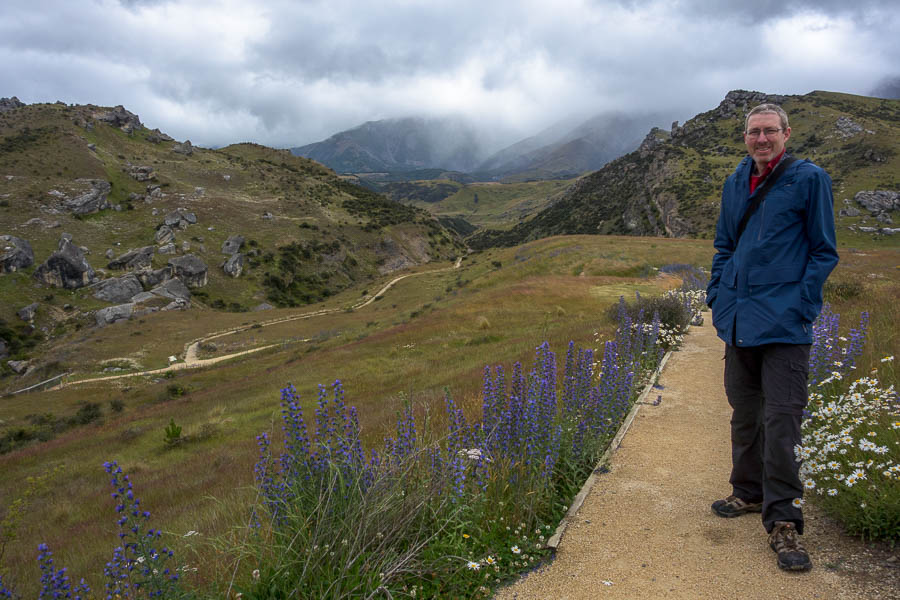 We also stopped at Castle Hill and did the tourist walk there – the rock formations were great. Eventually we found ourselves at the Botanic Gardens in Christchurch – where randomly we bumped into 2 people we’d met at Fenella Hut on 1st Jan. And there endeth the holiday.