We didn’t have any plans for the weekend, and Emmanuelle had suggested an overnight camp. Tom came up with a different route in and out which worked well with the weather – a cool, drizzly Saturday followed by a sunny, warm Sunday. Saturday was spent on the ridges, paying attention to navigating. 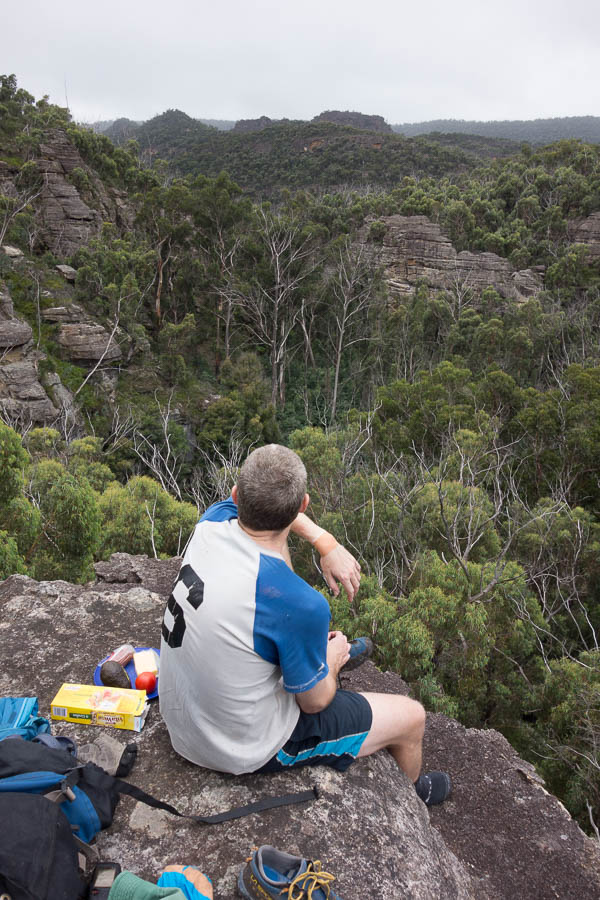 Tom enjoying the views at lunch

We met up with the others, who had all managed to take slightly different routes in, for a fun evening in a cave. 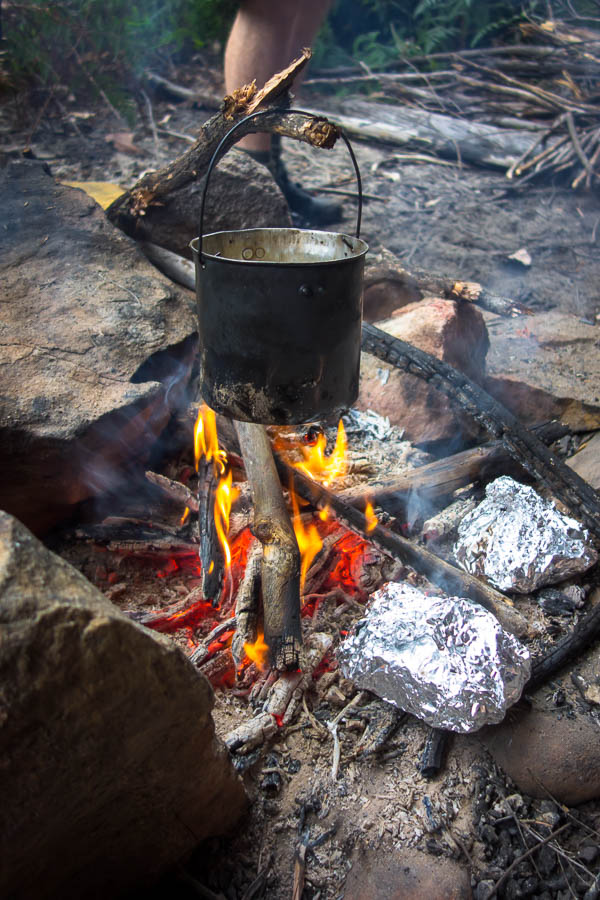 A welcome fire on a drizzly evening 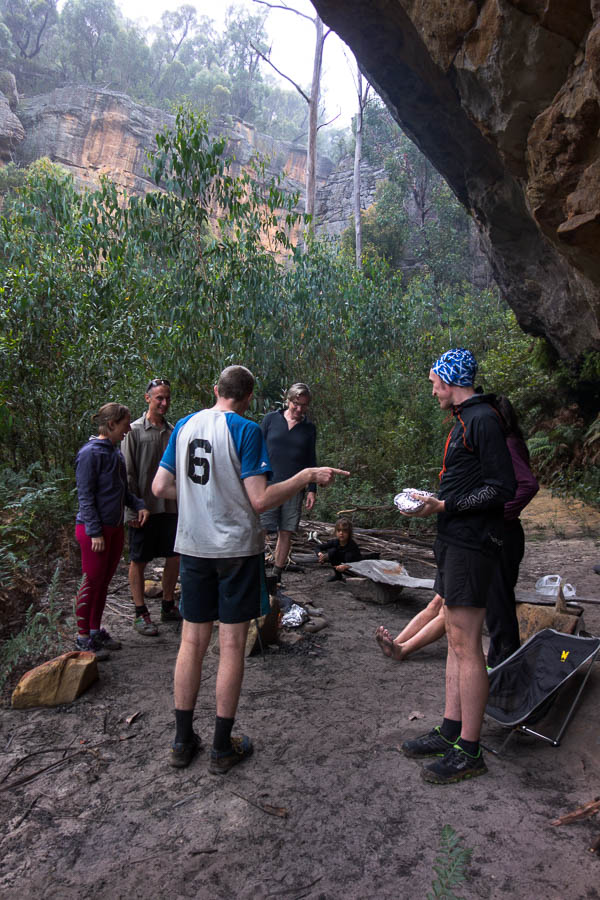 What are you guys doing here? This is our cave!

After Tom’s previous trip covering this route got his party back to the car at 11pm I was keen for an early start! We had slightly modified the route, plus the 2 of us probably move a bit quicker than his previous party. 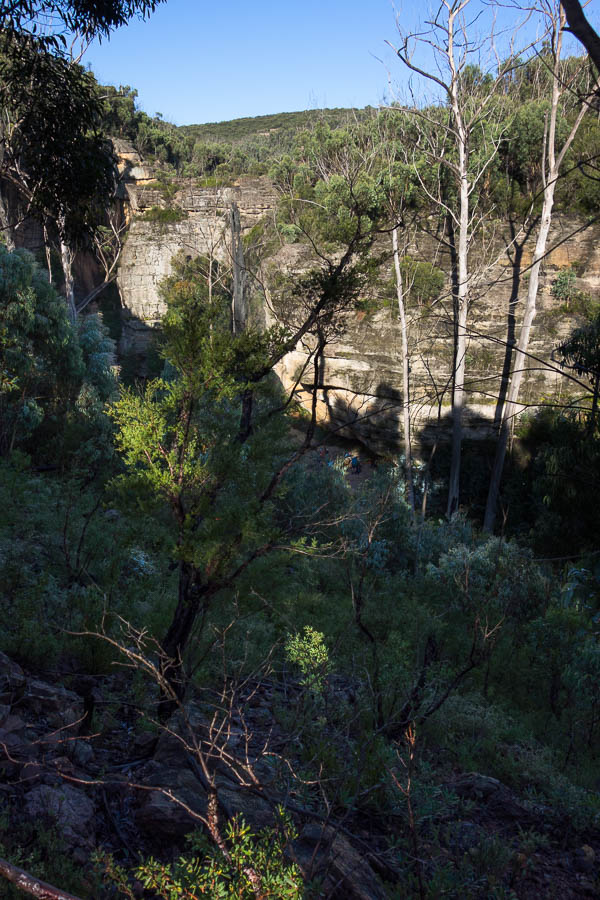 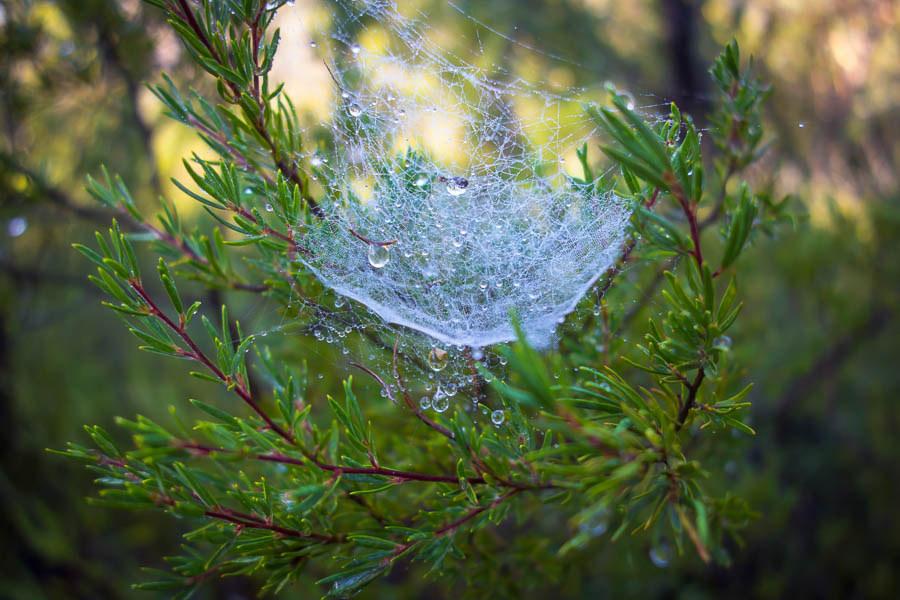 The bush, and everything in it, was saturated

The first half hour or so was a bit miserable pushing through saturated scrub at a very slow pace. But after that we had clearer route before hitting the Wollangambe River. 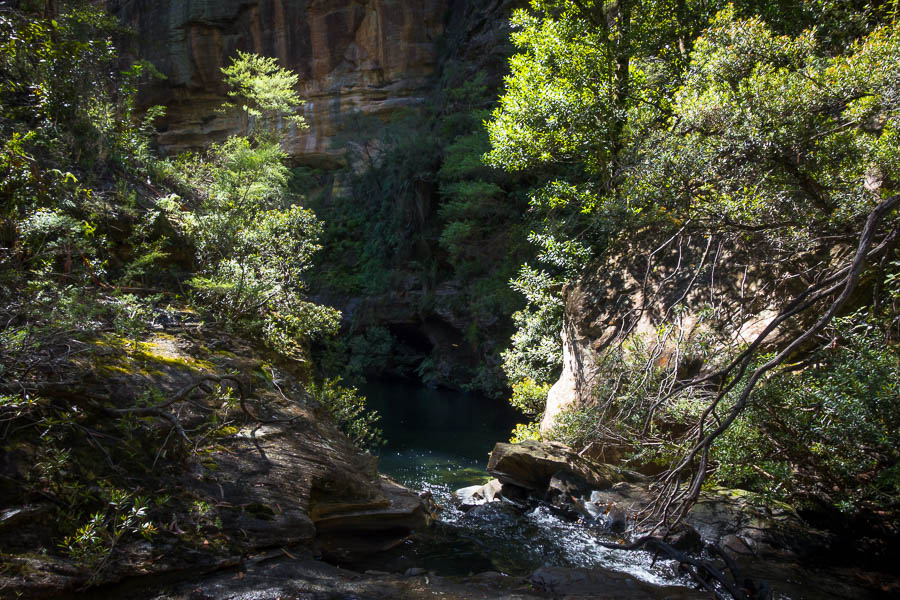 Travelling down the Wollangambe was fairly slow initially and where Tom had been talking up a 9 hour day the night before, suddenly it turned into a 10 hour one (still nothing on the 14 hour earlier trip). But then we hit the sandy sections and our pace picked up considerably. 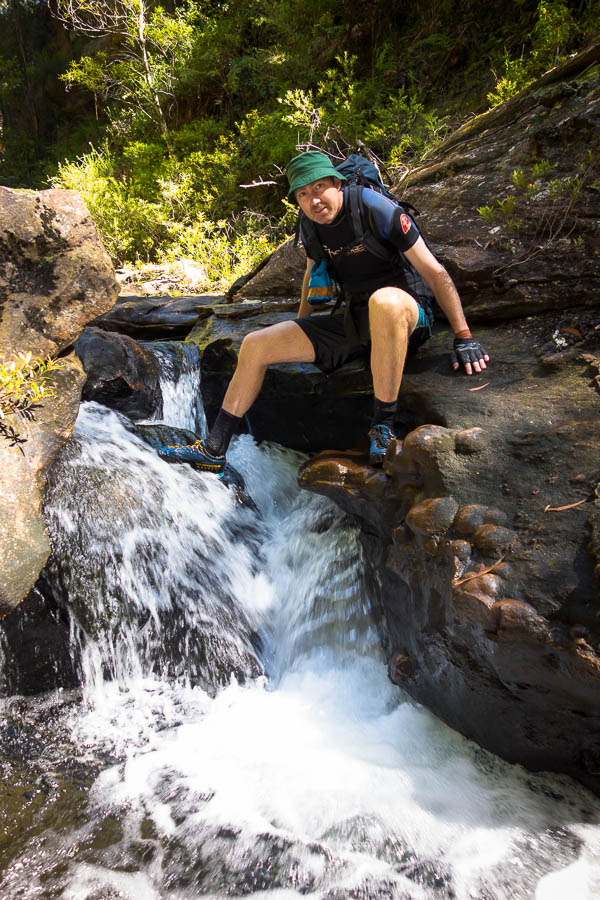 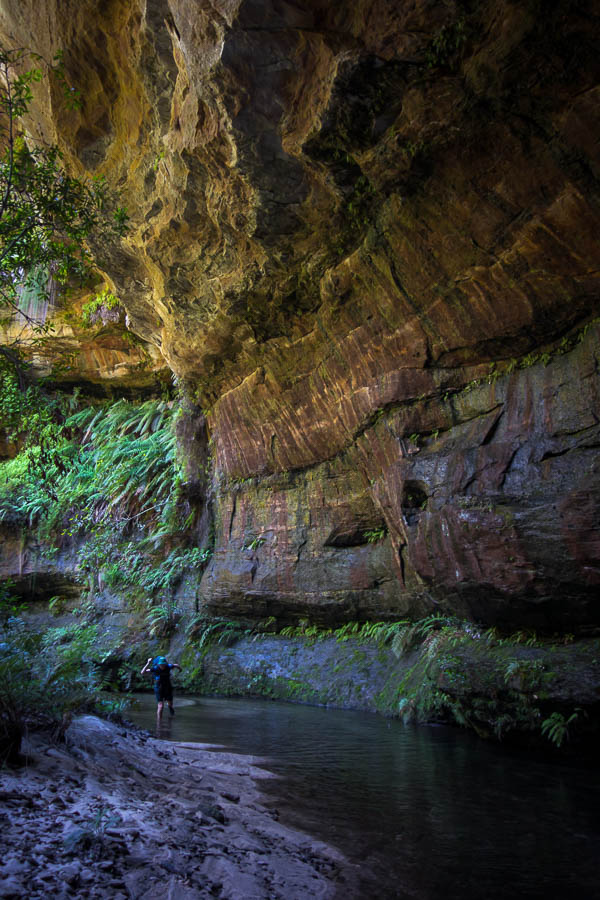 Tom on the go 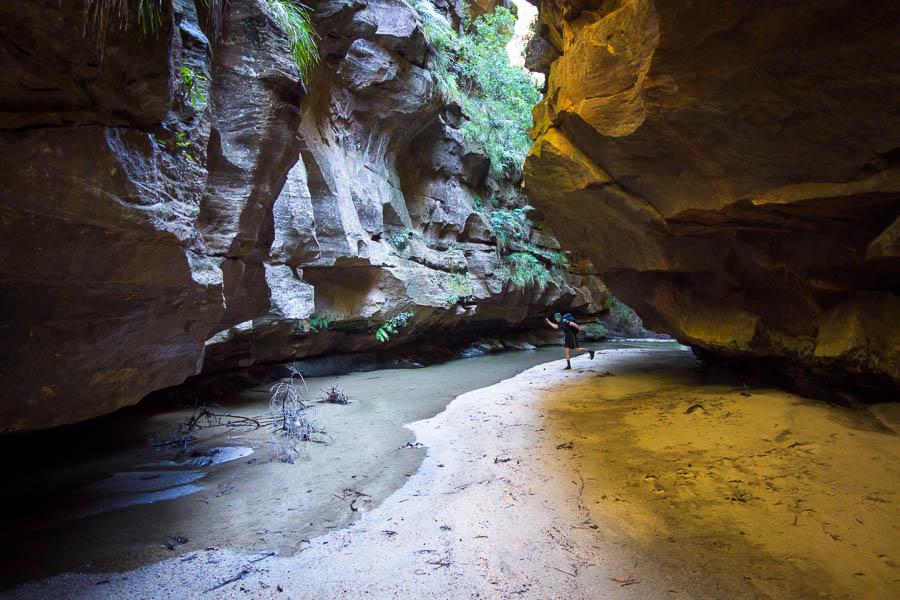 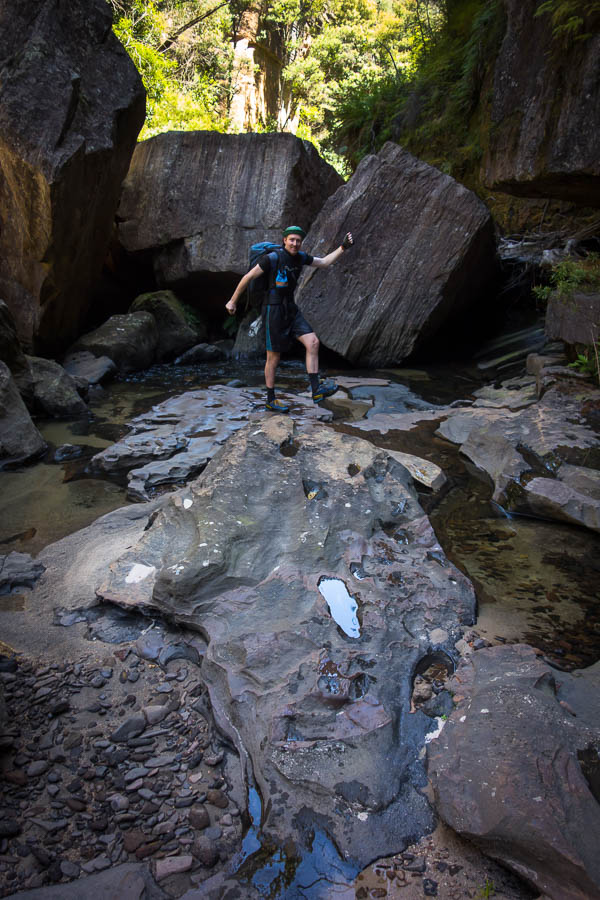 In the end we made it back to the cars in just over 8 hours, in time for apple pie at Pie in the Sky on the way home.