I had thought I might make a last minute plan with some of the women at the Summer Slaydies weekend for Sunday, but that didn’t happen (and I didn’t try very hard), so I was left with just Tom as a canyoning partner for Sunday. Tom declined to make a firm plan before we went to bed on Saturday night, which didn’t bode particularly well for actually doing something the next day.

But we were both awake pretty early, and after farewelling Jo who was off to do Yileen (without a whistle – oh my), we agreed we should do something just to get some more fitness in our legs. So off we went to Waterfall of Moss. I’d only done it once before in 2009 so it was almost like a new canyon. Particularly given Tom only had the print out of an old version of his notes – which pre-dated his last visit… and at times it felt like were written for a different canyon! Not trusting the rope lengths from the dodgy notes we ended up rigging a bunch of the drops with our longer rope unnecessarily – which meant I had a dry rope at the end of the canyon. 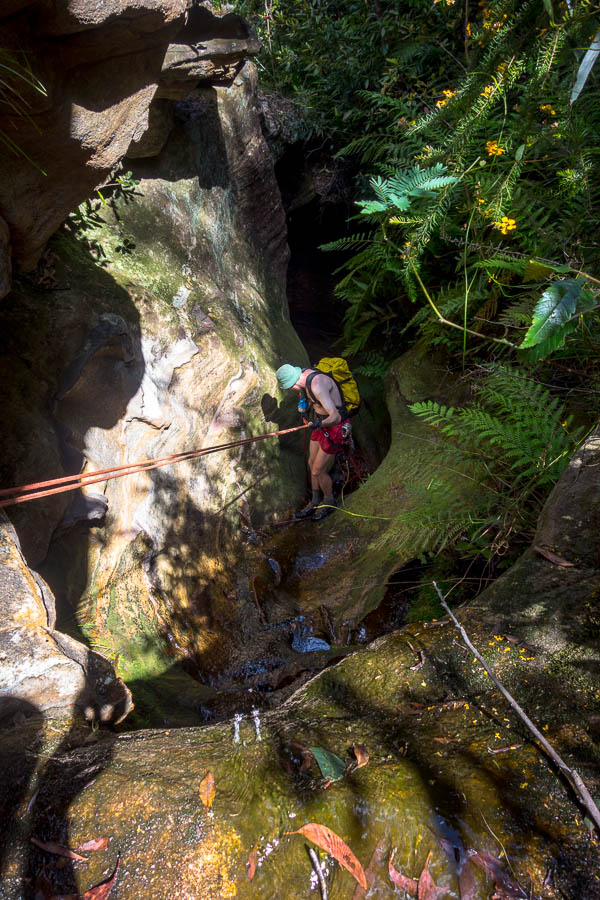 Tom on the third abseil 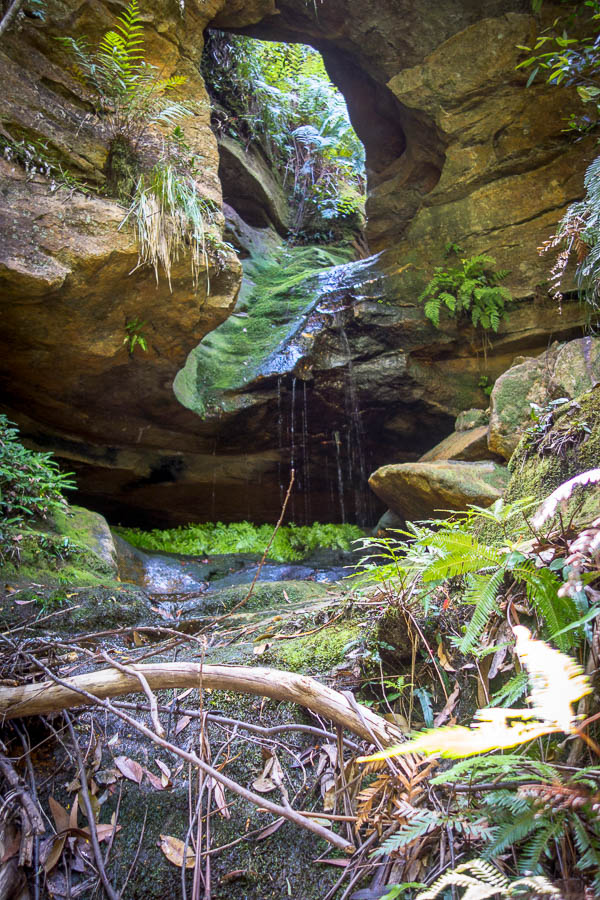 Looking back up the arch and the third abseil 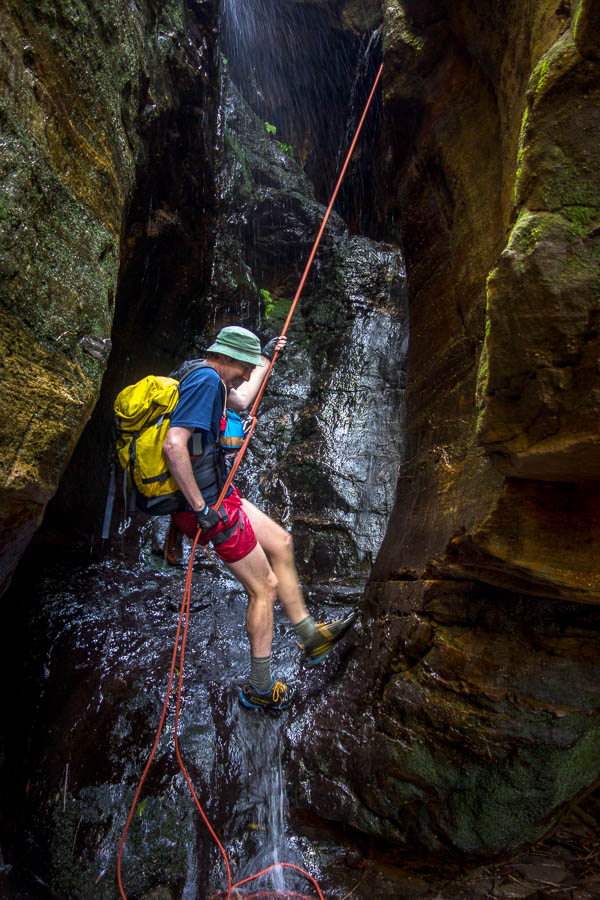 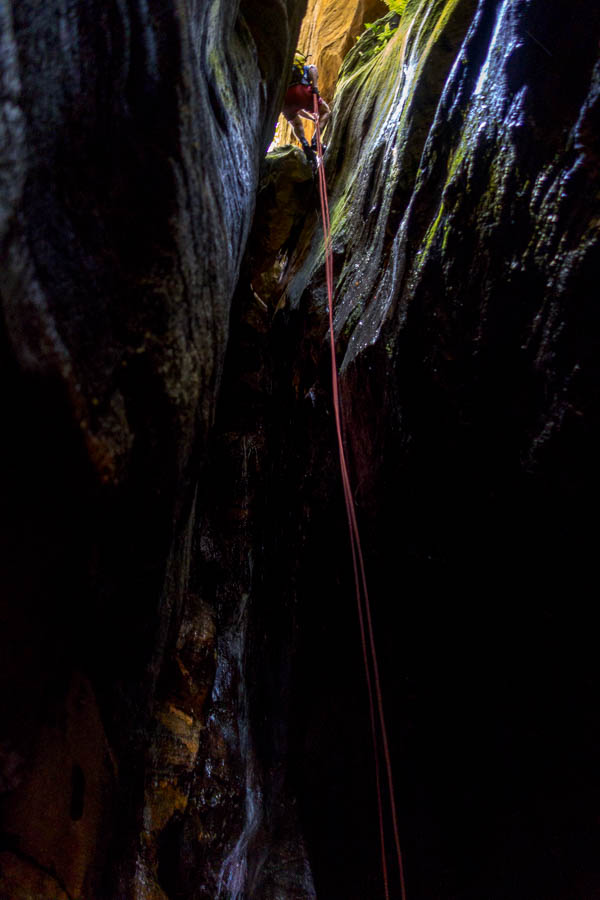 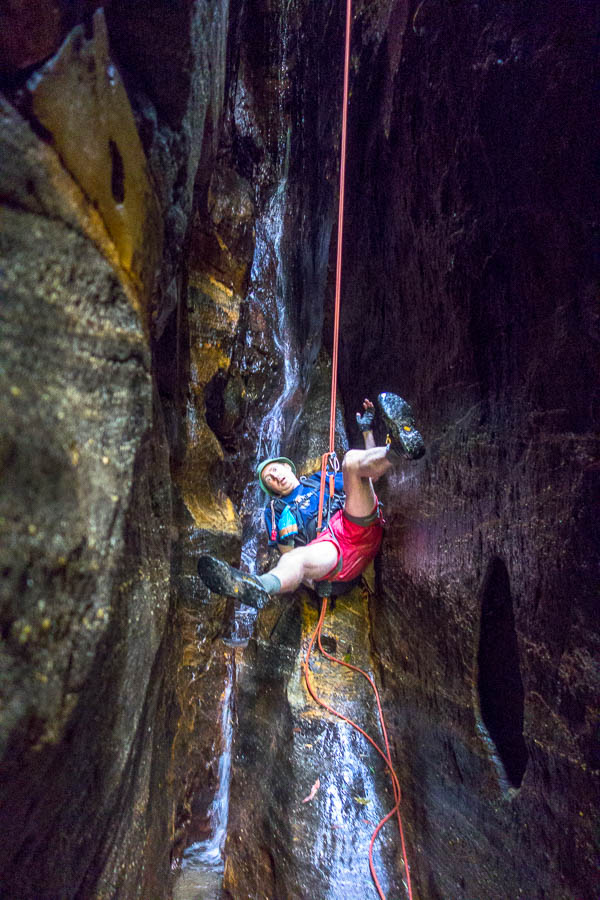 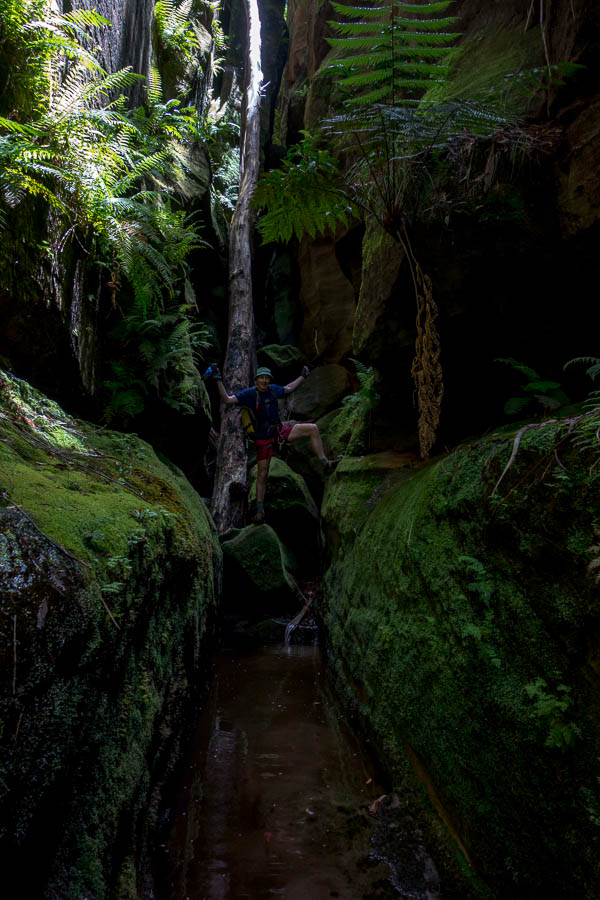 The conqueror? (I think it’s supposed to be yoga?!) 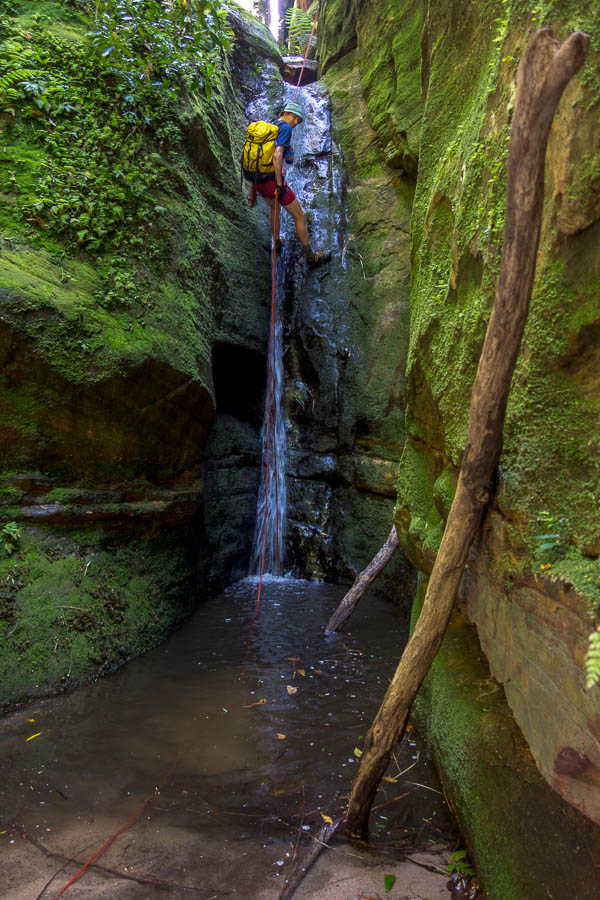 Tom abseiling the Waterfall of (once was) Moss

As the water temperatures are still pretty chilly we’d taken wetsuits (in dry bags) through the canyon just for the 200m of Wollangambe. So my dry rope went into the wetsuit dry bag and stayed dry! We ended up having lunch at the Waterfall of Moss/Wollangambe junction while Tom wrote up all the changes to his notes – which of course we found out later had already largely been updated. 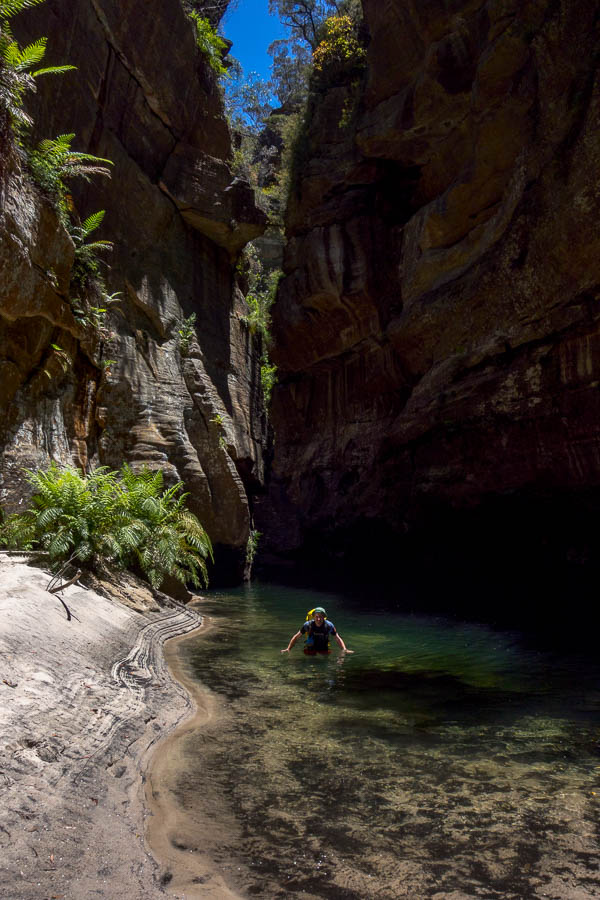 Swimming down the Wollangambe to the exit 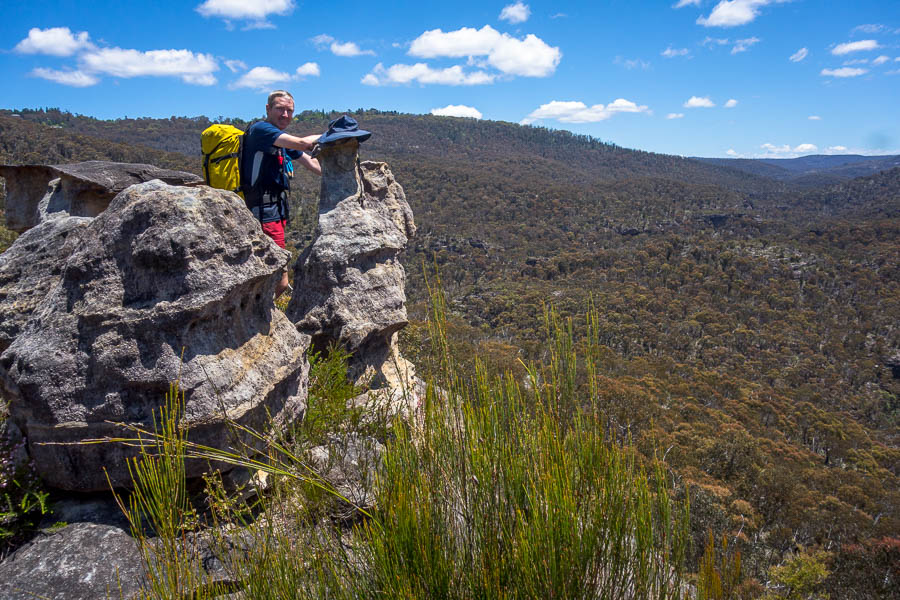 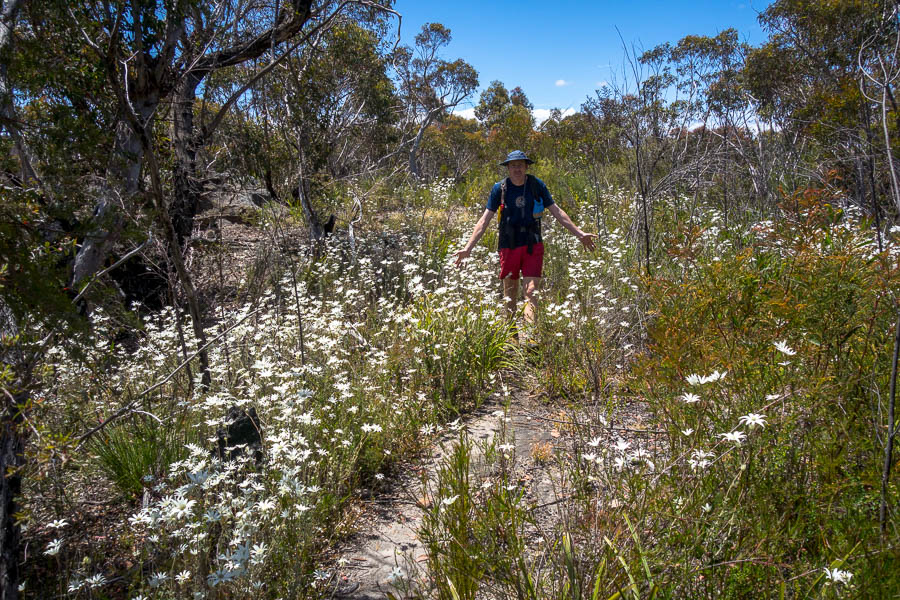 Seas of flannel flowers are everywhere at the moment

Back at Mt Wilson there were still tents up everywhere – presumably drying out while their owners were off adventuring. We packed up and headed home via scones at Mountain Bells. An excellent three days of canyoning.