Yet again the weather forecast leading in had been unfavourable, but by the time the day arrived things were looking good. Our bus/train/bus combo got us to Paraparaumu Beach in time for a coffee before we sailed to Kapiti Island. (Only because we chased the bus across the Coastlands car park until we worked out where the bus stop was!).

For those that don’t know Kapiti Island is a predator-free nature reserve and as a result has a large population of bird life.

I don’t think the water could have been flatter for our trip across and so we arrived ahead of schedule. We got an interesting talk from the ranger and then we were free to explore until our boat left that afternoon. 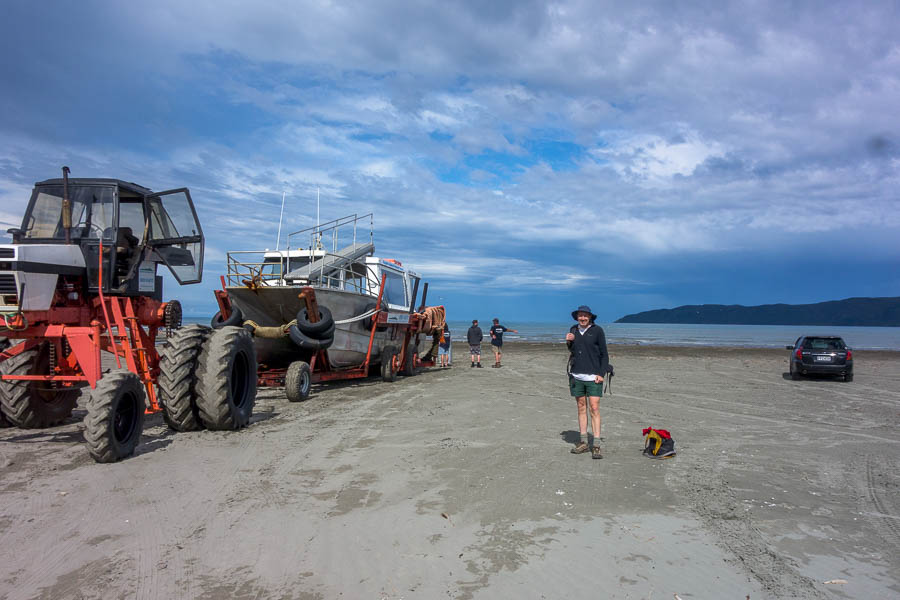 Tom & I decided to walk up the Trig Track (ascent-only use), only I got about a third of the way up and realised I’d left my camera in the toilet so I got some extra ascent/descent for my day. And Tom got some slow track walking time to try and get bird photos.

Tūteremoana, the highest point on Kapiti Island, is 521m, so it was another big hill for the trip. We enjoyed the views from the elevated platform at the top before nabbing some shade for lunch. 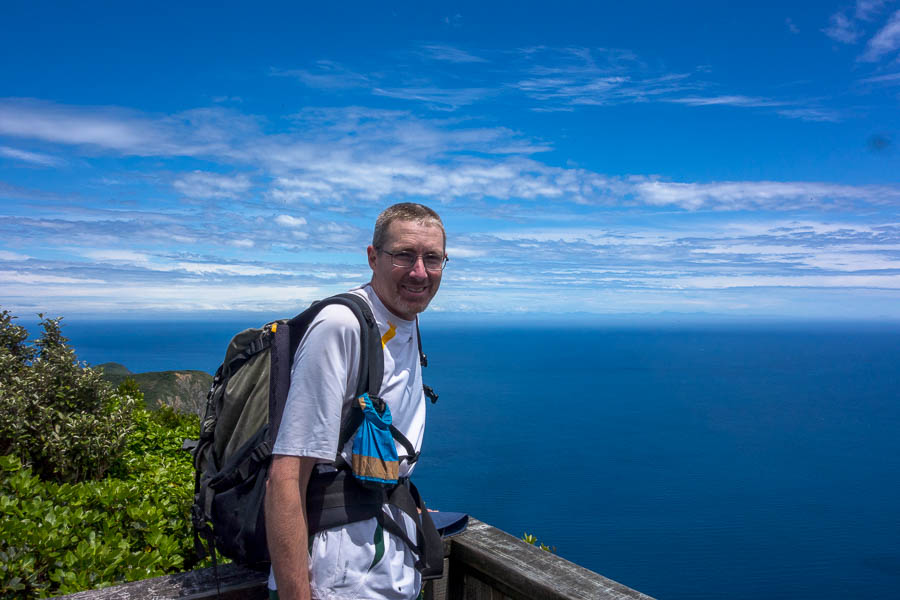 The Weka was clearly used to people lunching and was out and about hoping for anything he could find. A young lad at the summit said he “wished that the weka would come that close to me” as the Weka was making a nuisance of itself under my feet. I assured him it probably would as soon as he started eating lunch. That was the only bird I bothered photographing – you’ll have to wait for Tom’s photos for all the good bird shots. 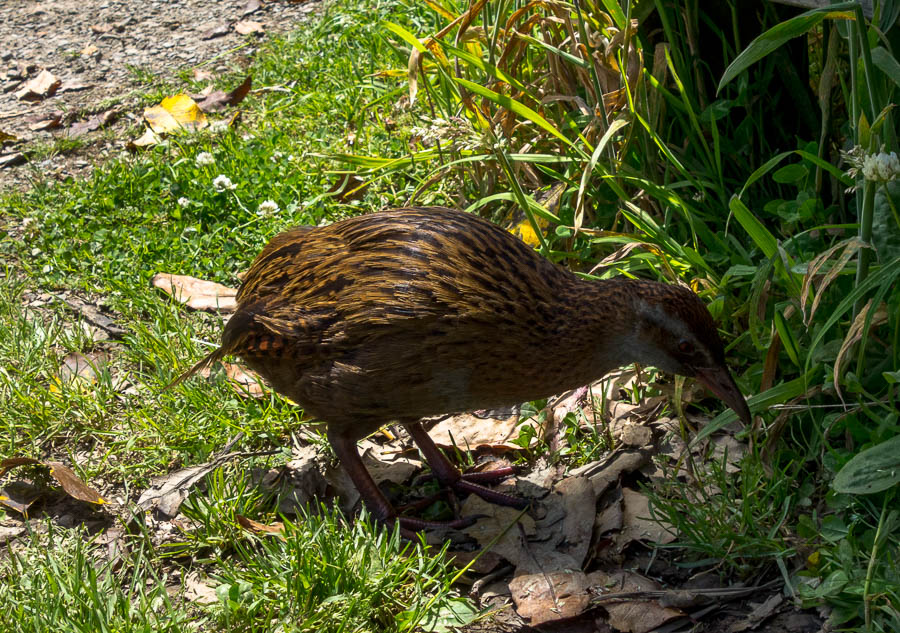 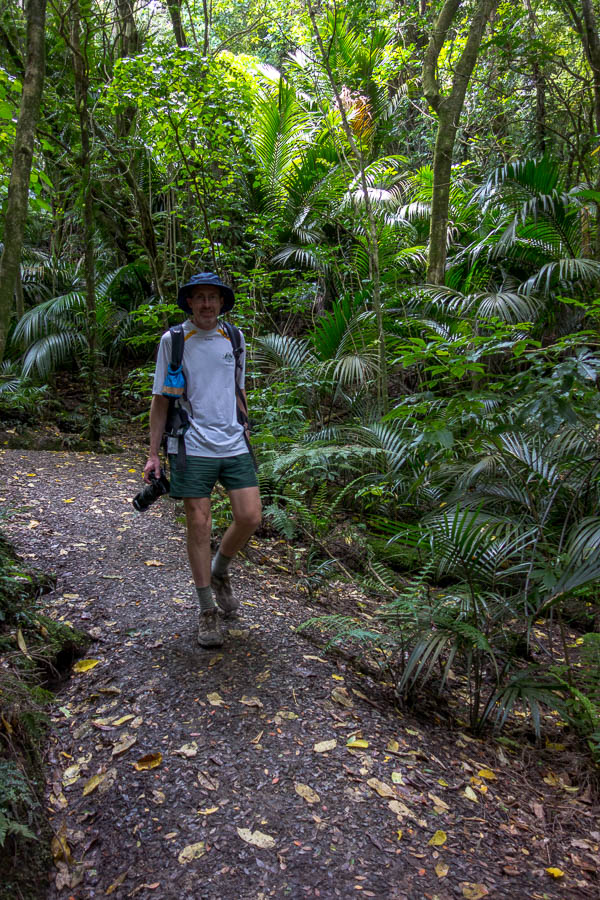 Our trip back a bit choppier and we got to watch some tractor rescues at the beach on our return. The rising tide playing havoc with a smaller tractor that was too far out. There’s no jetty and so all launches seem to be done with the aid of tractors.

We stayed the night in Paraparaumu Beach. With a deteriorating weather forecast we got away early the next day to do the Escarpment Track (but not before the best coffee I had in NZ – shout out to The Common Room). We had a much more successful bus/train connection getting to Paekākāriki and it wasn’t long before we walking.

Ooooh we were also doing part of the Te Araroa. Apparently some people get a kick out of that!? Frankly if I was doing the Te Araroa I think this section would just annoy me as it has so many stairs and you’re walking alongside a train line… 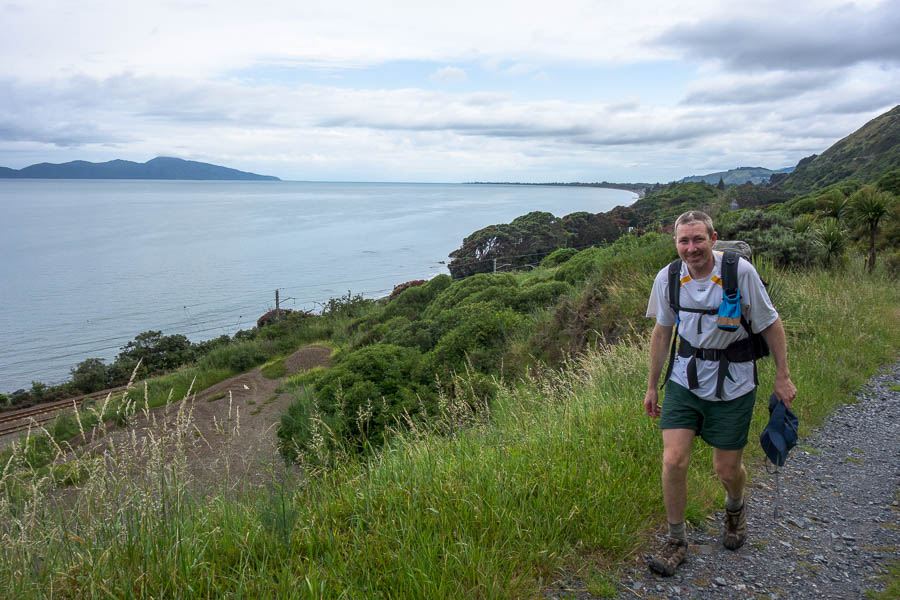 Near the start of the Escarpment Track 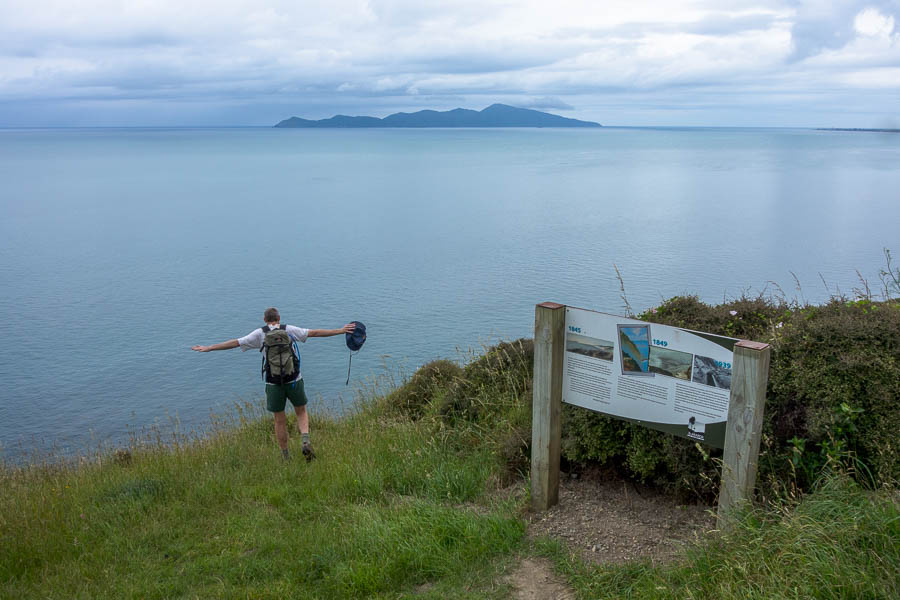 Looking out to Kapiti Island

The views are pretty good – but they are much the same for the whole walk. And the whole thing is very exposed so we were glad to have got two-thirds of the way along (and past some of the more dodgy sections) when the rain/wind came in. 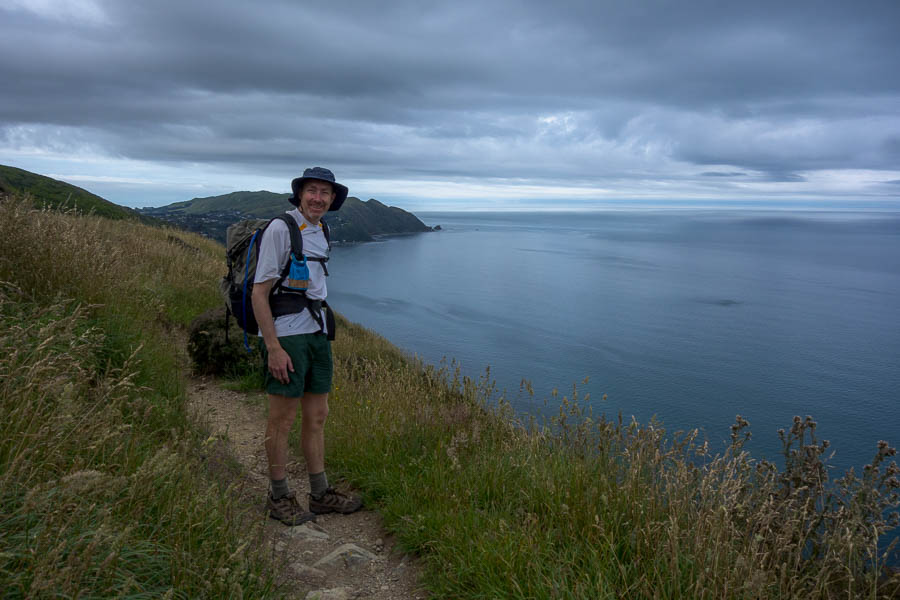 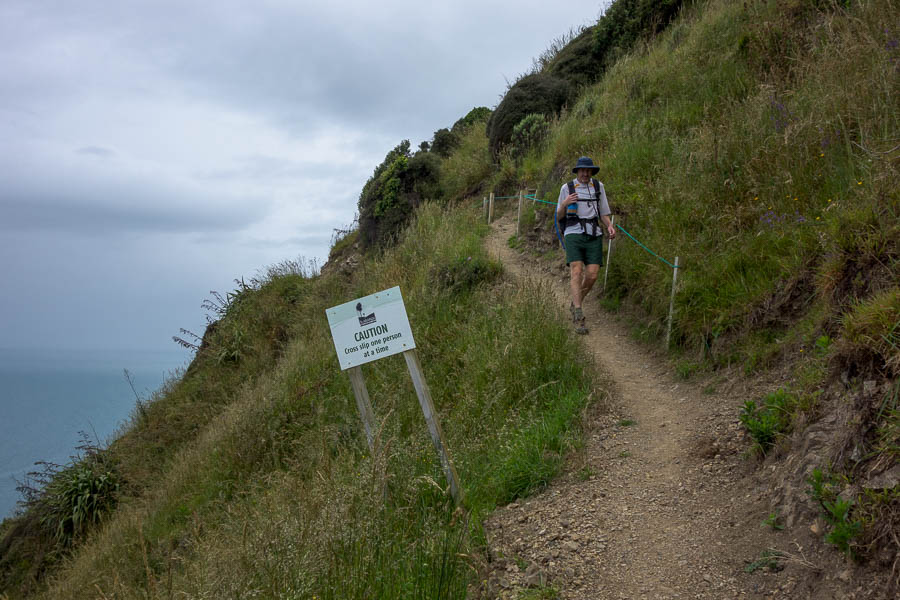 Some slips along the way made some sections a bit dodgy

We encountered a number of groups coming from the other direction looking like drowned rats in a variety of jackets – not many of them what I would consider raincoats. 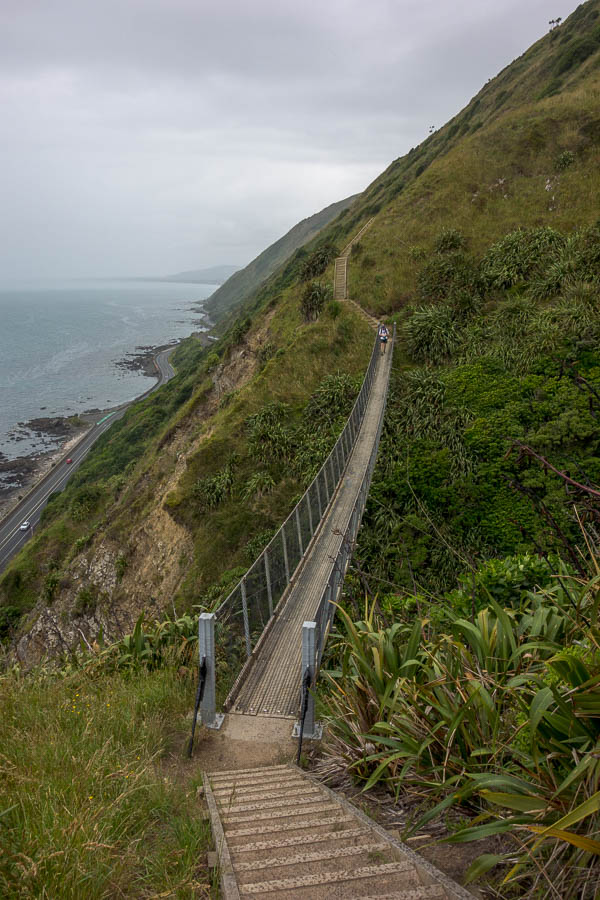 Swing bridge as the weather closes in

The kilometre at either end of track which takes you to/from the stations is particularly uninspiring, but on a nice day you would forgive that for the rest of the outing. While the highpoint was only 220m, I think we went up and down enough to say we got another pretty good hill workout.

A great mini-break on the Kapiti Coast.