Possibly the earliest I’ve ever got up for a bushwalk? I dreamt that we’d slept through the alarm, and I was very pleased when we woke up and it was too late to do anything about it. That wasn’t how the day actually turned out (fortunately). I felt surprisingly good when the 4:30am alarm went off.

We had a good run through to Wog Wog even though the road from Marulan has plenty of potholes following the floods last year and enlarged by the recent rain. Turns out no one in the group was keen for a cold, possibly wet, night camping, and we all went for the Saturday morning drive. (Though some with significantly later alarms than me!) The car had shown -1°C not far from the campground and it was still very cold when we started walking.

Subsequently we were all thrilled when we discovered that the Wog Wog Creek crossing was going to involve a wade unless you had long legs and a good sense of balance. Tom & Mark #1 managed to leap across but the rest of us went barefoot. There was a disaster in the offing when Ljiljana couldn’t find one of her shoes which had been thrown across. Fortunately it was eventually located. Our feet took longer to recover from the crossing, it felt like hours before my toes were back to normal. 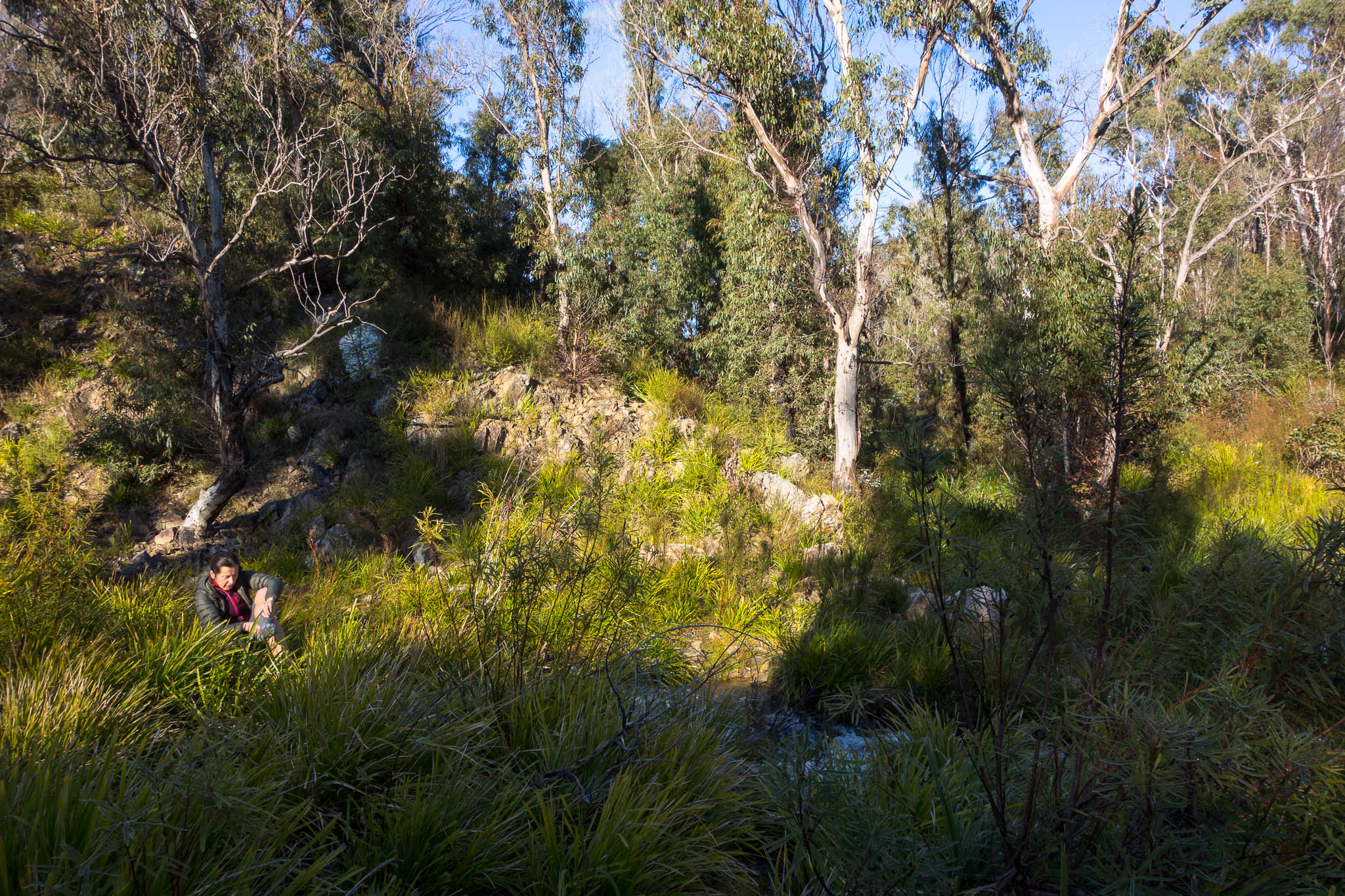 Ljiljana putting shoes back on after a chilly early creek crossing 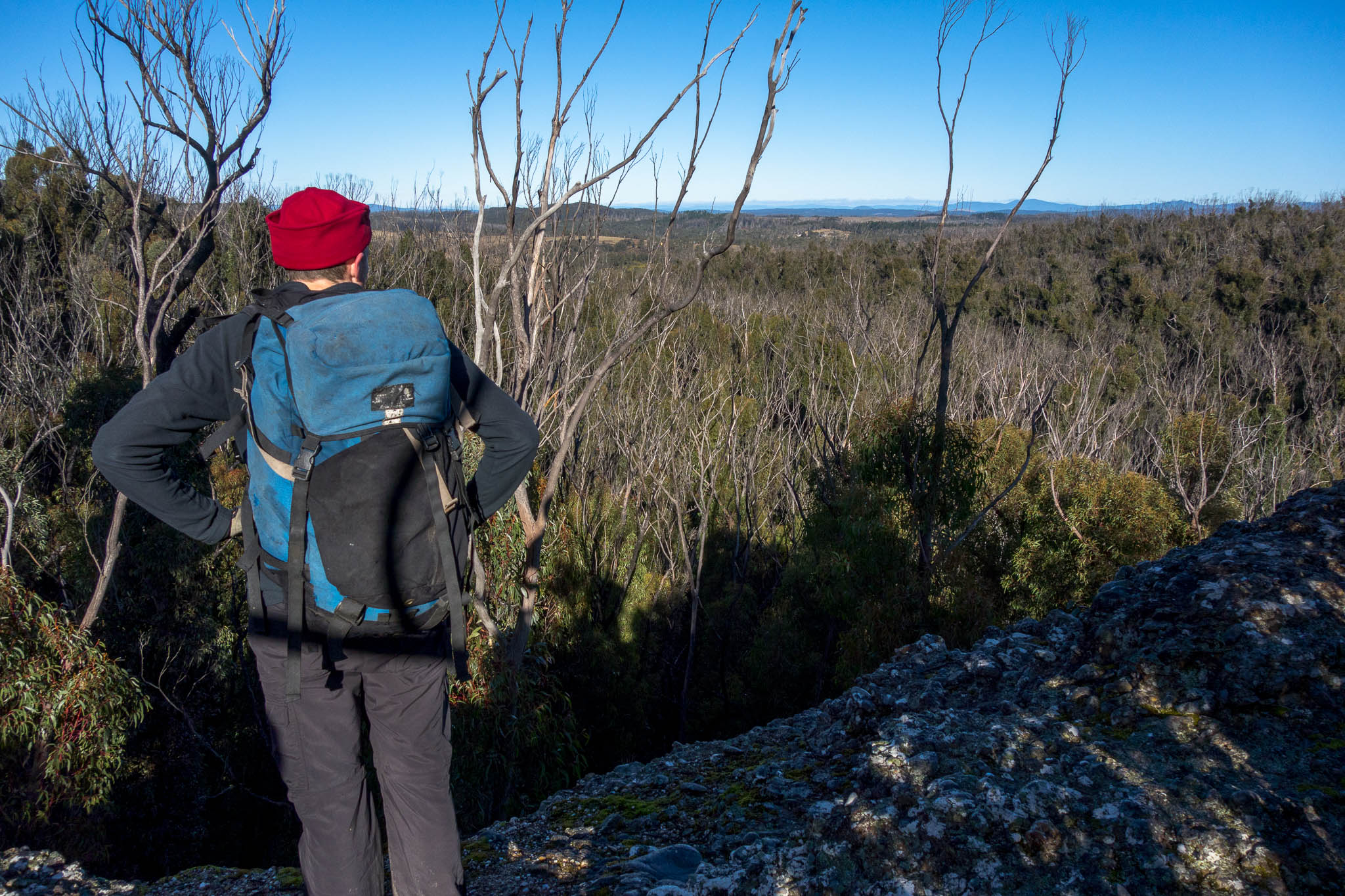 Tom surveys the first real views of the day 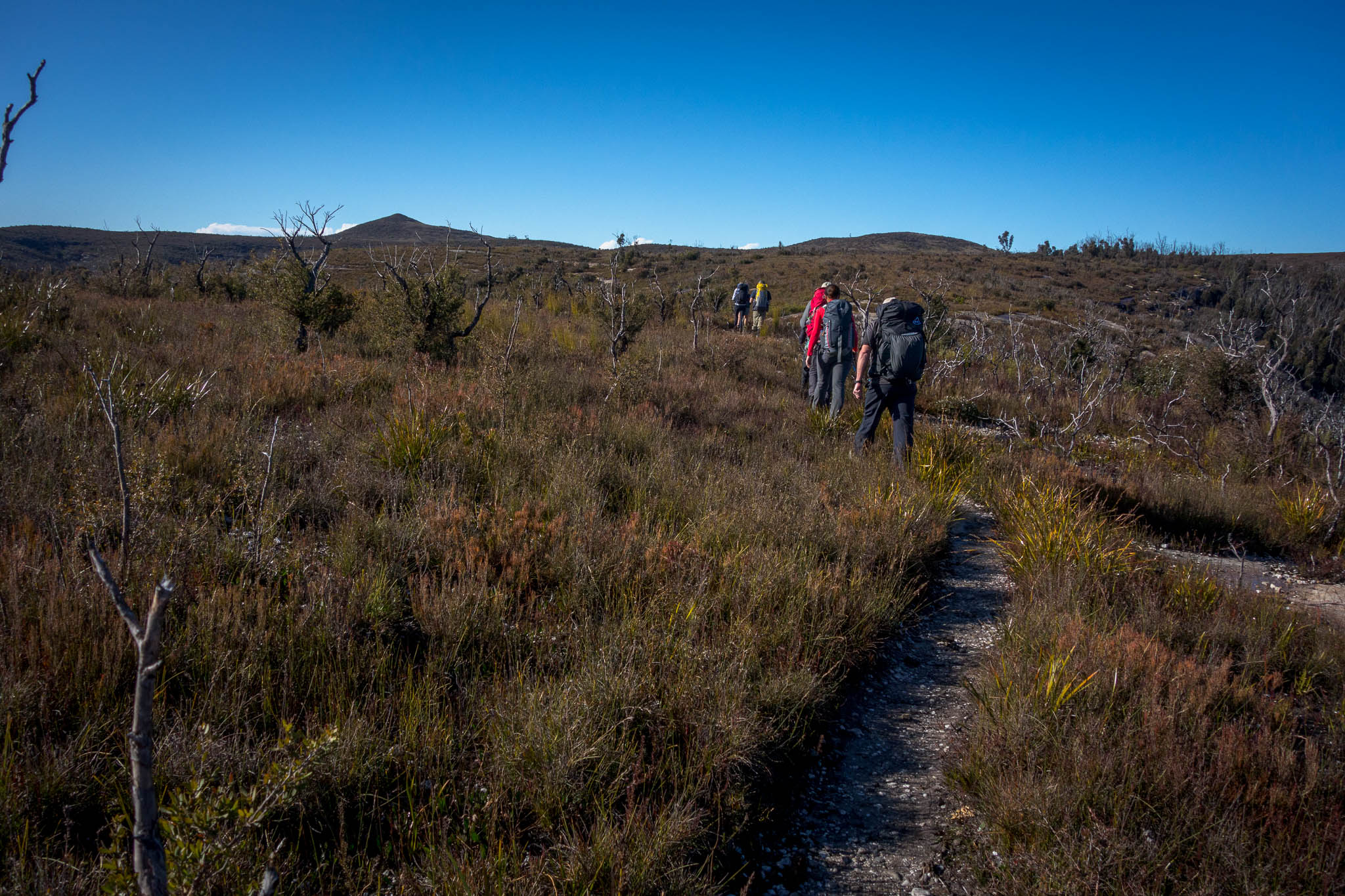 Corang Peak a distinctive landmark for most of the trip 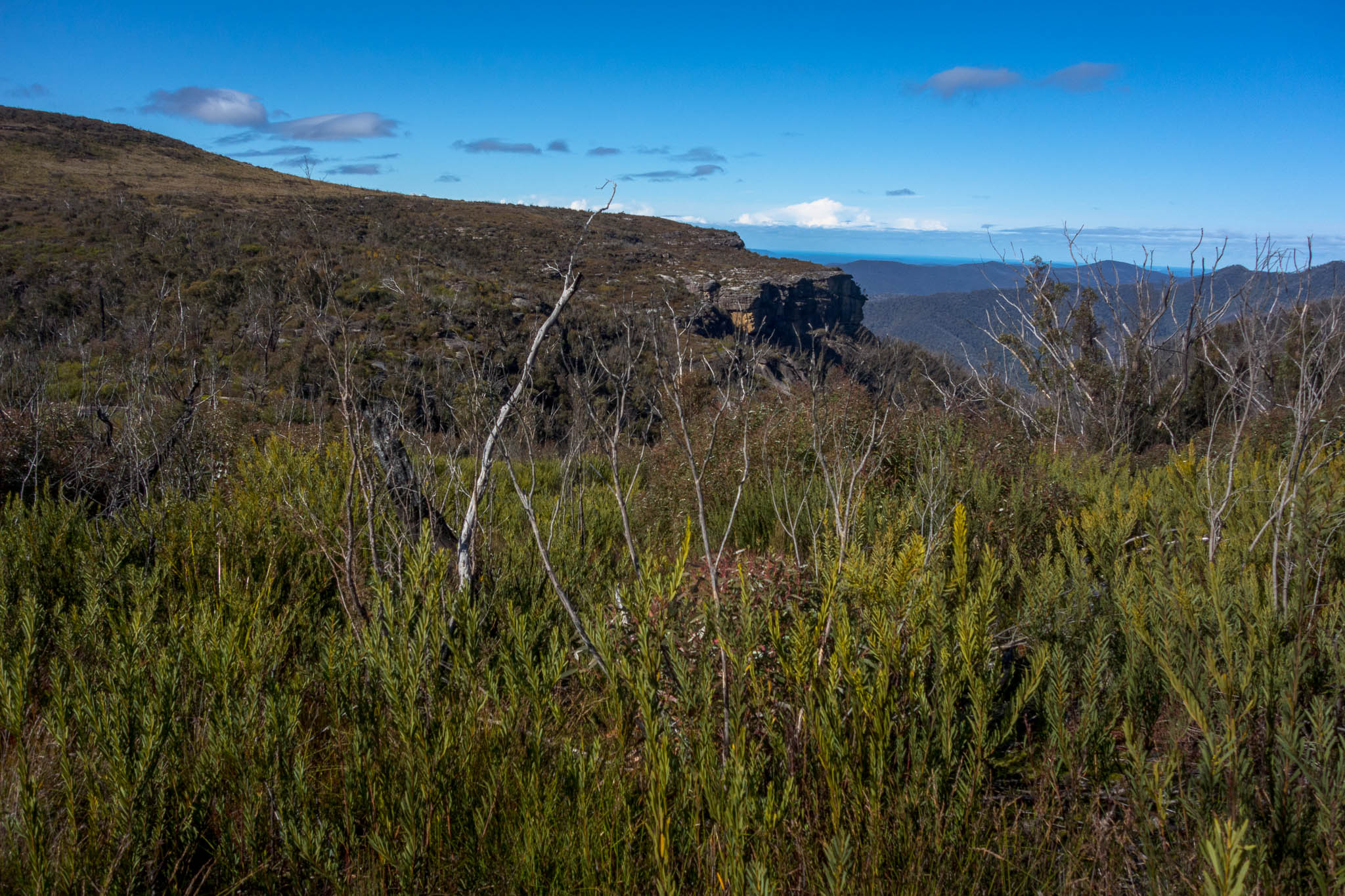 I was glad to get off the sodden, boggy track for some exploration just before lunch. We had a nice stroll down an open ridge (for the moment at least – the vegetation hasn’t come back as much as other places yet) and found a cave for lunch. 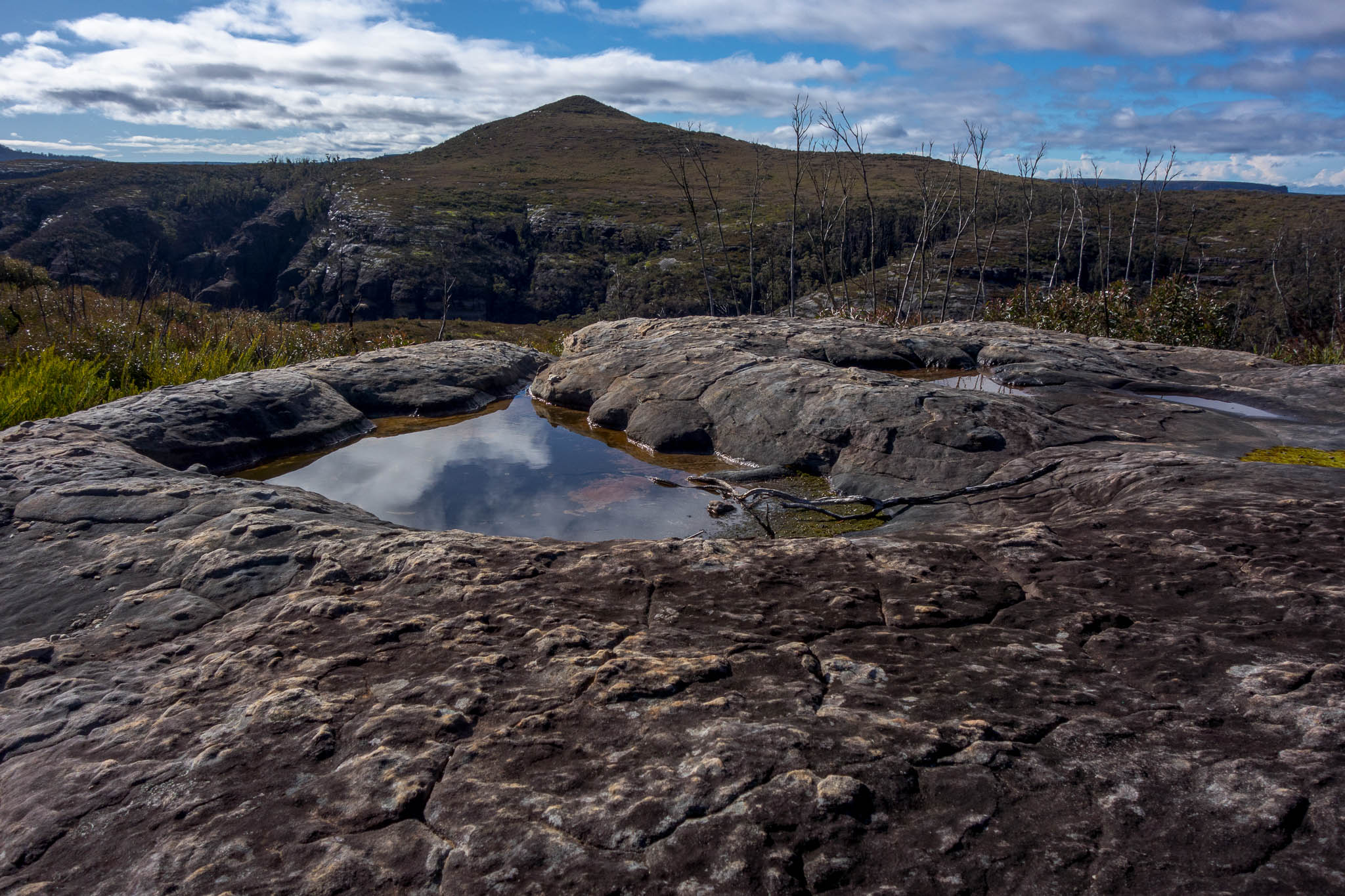 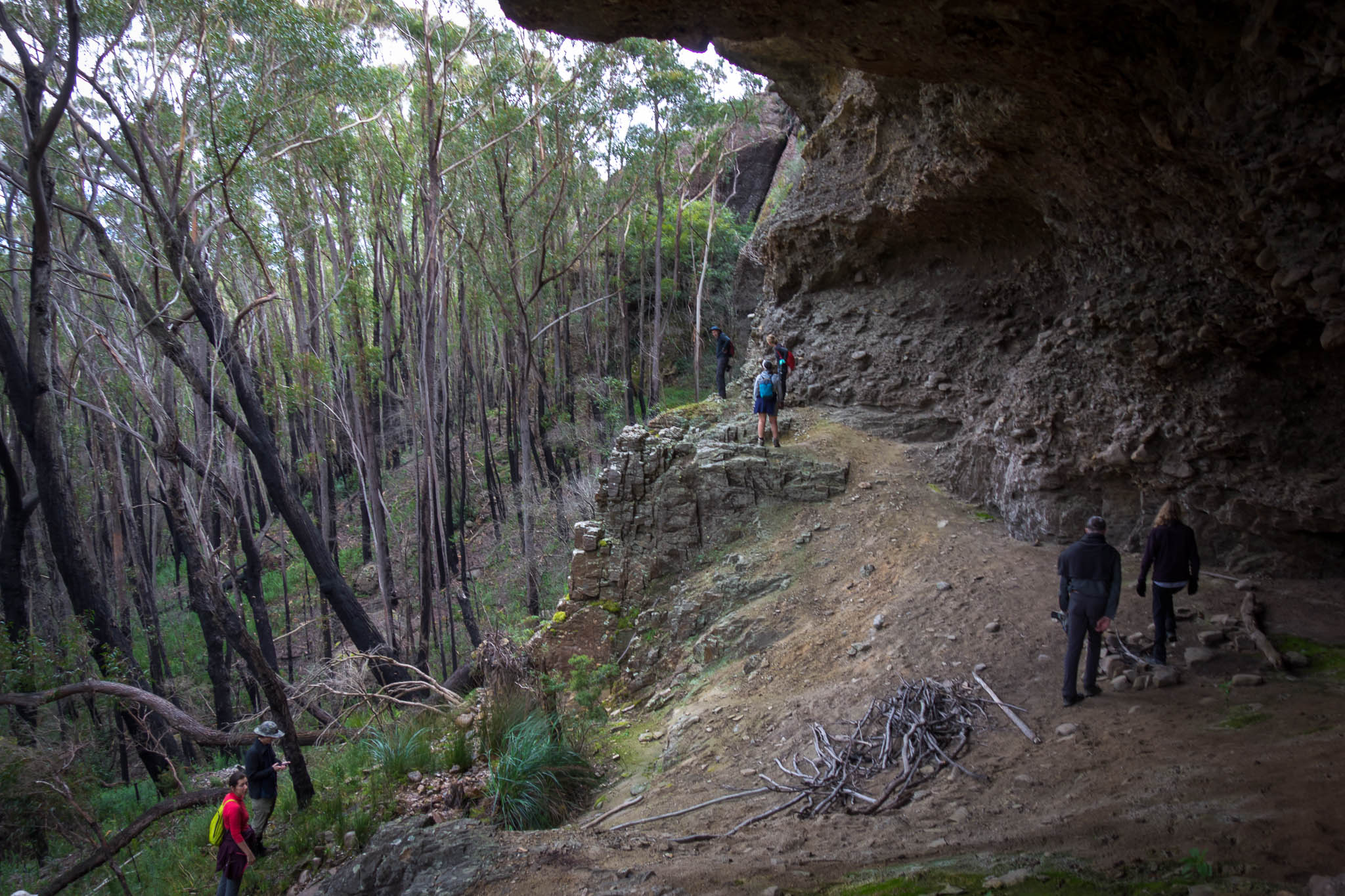 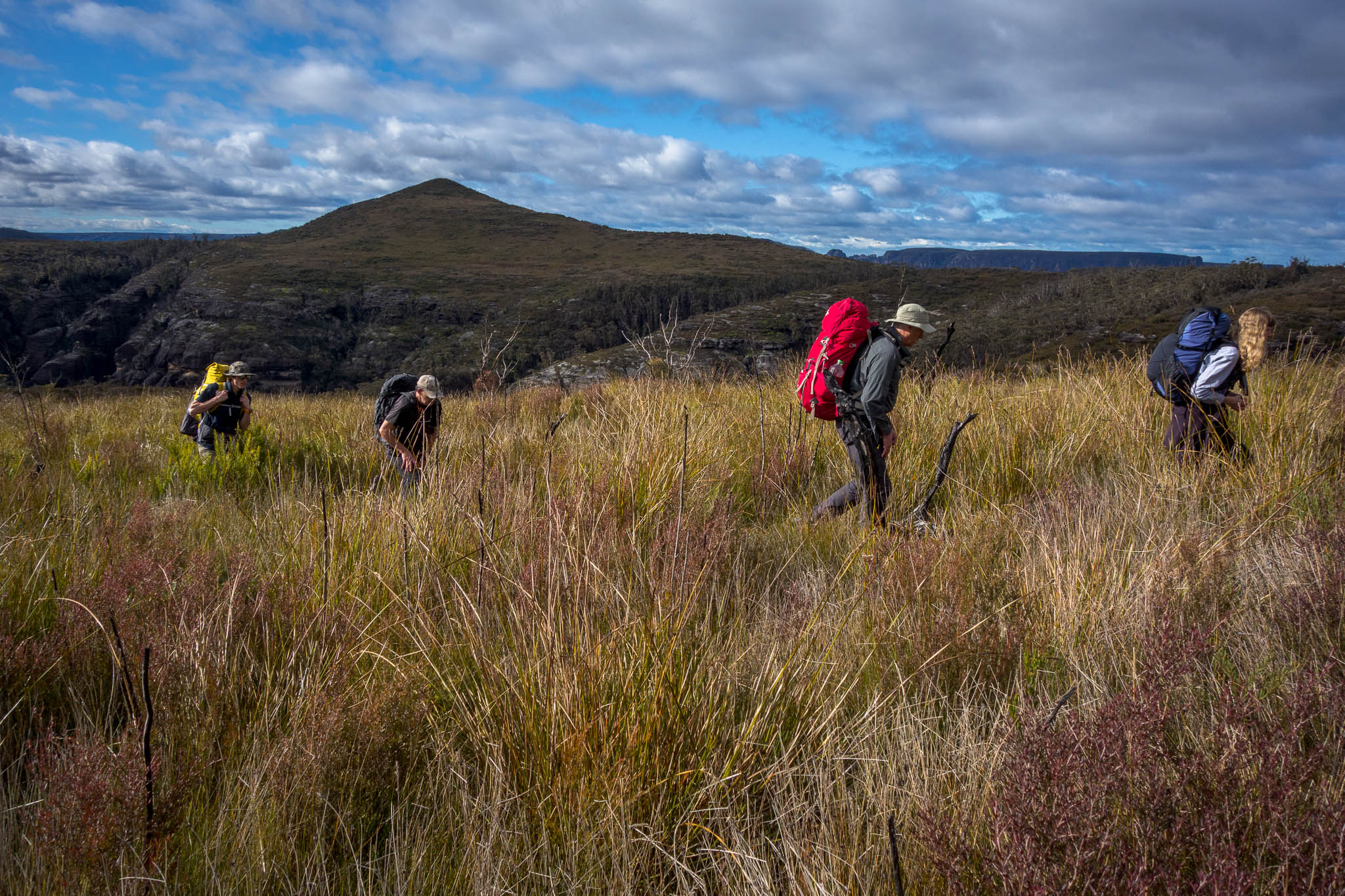 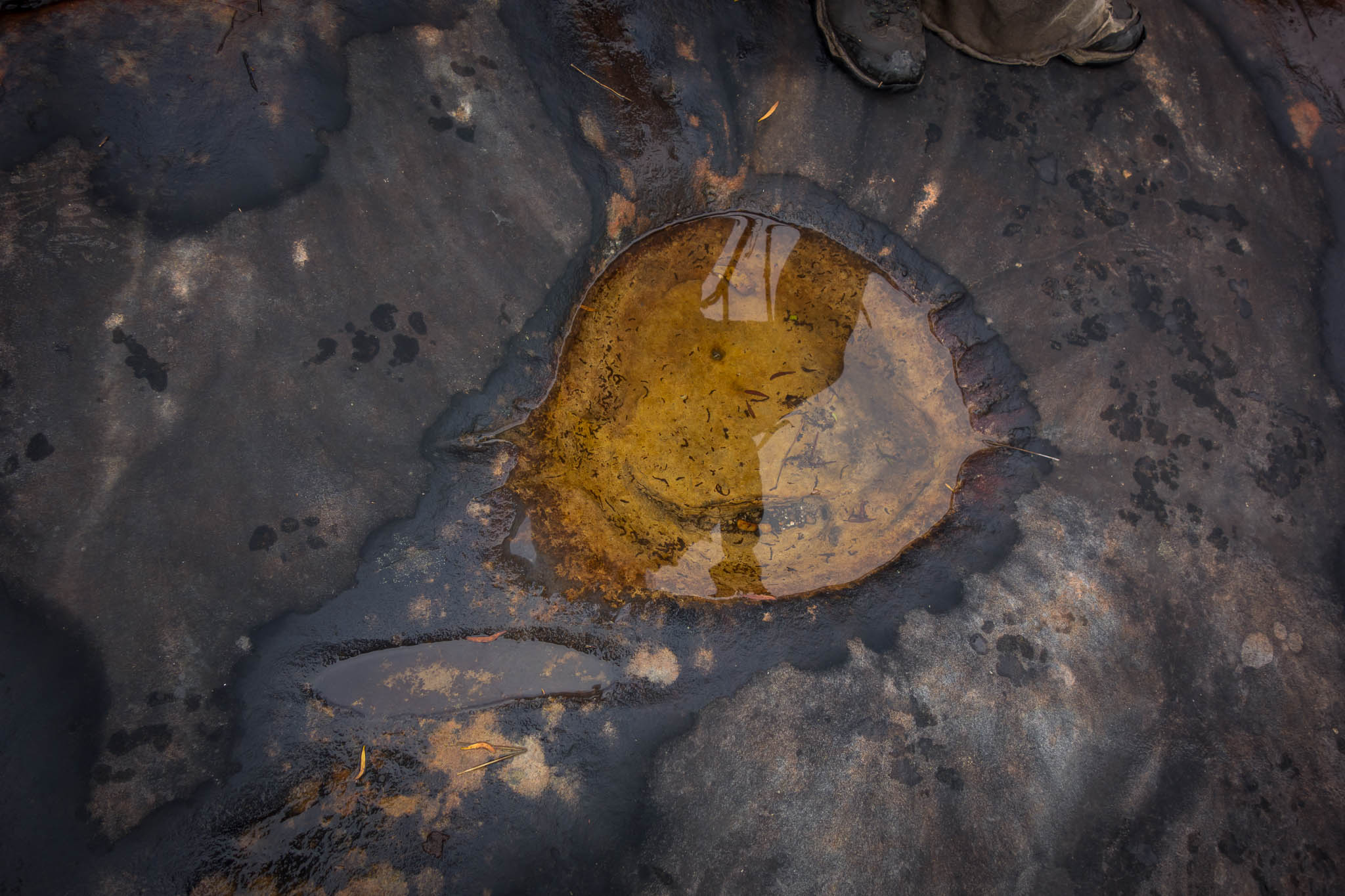 Portrait of a leader (that’s Jo’s shadow), plus grinding grooves

We oohed and aahed over views for most of the afternoon. Whether that be the distinct peak of Pigeon House Mountain, or a sun-drenched Monolith Valley, or just the 360°C panorama from Corang Peak, or of course the surprise of Corang Arch. 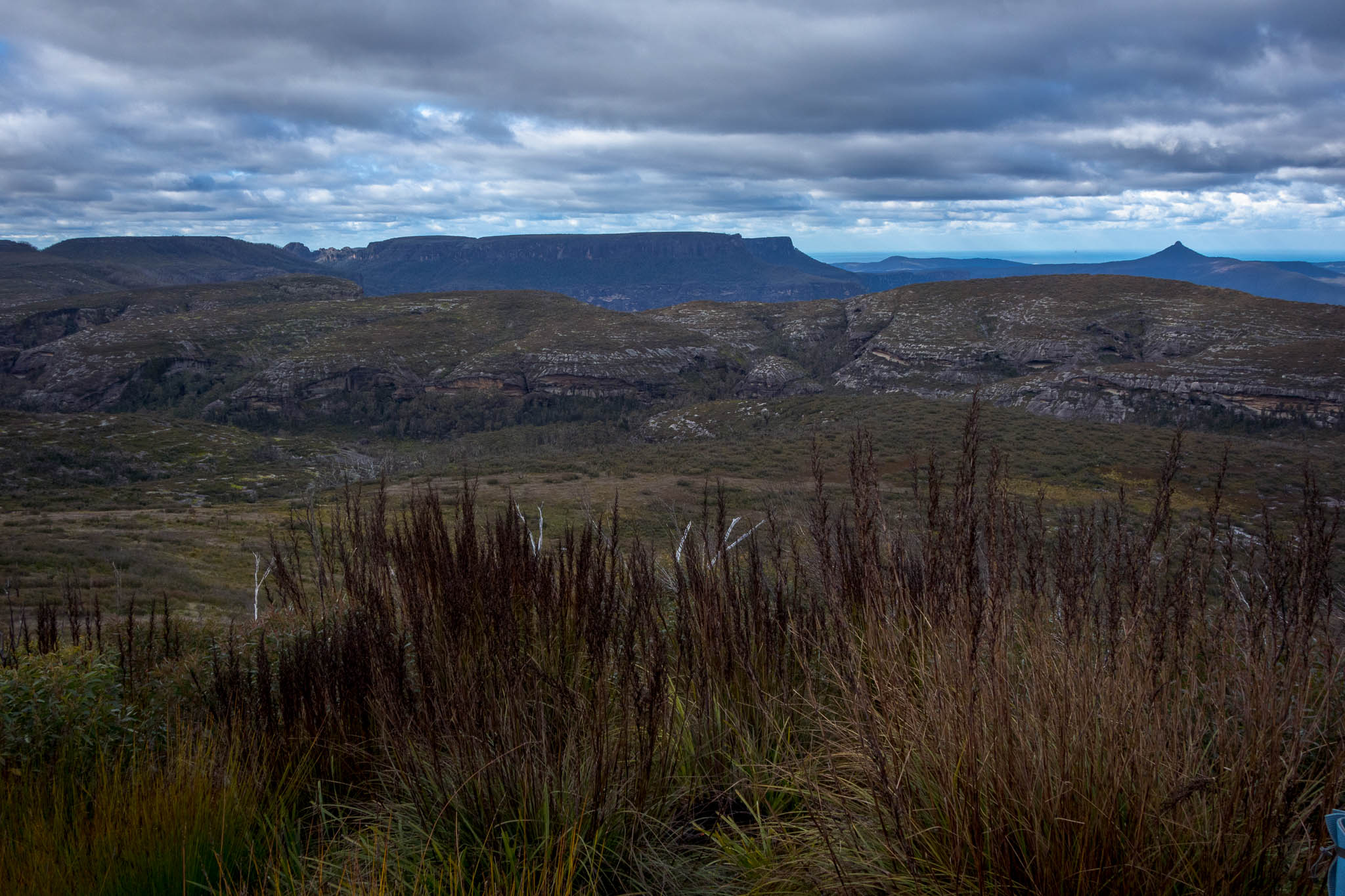 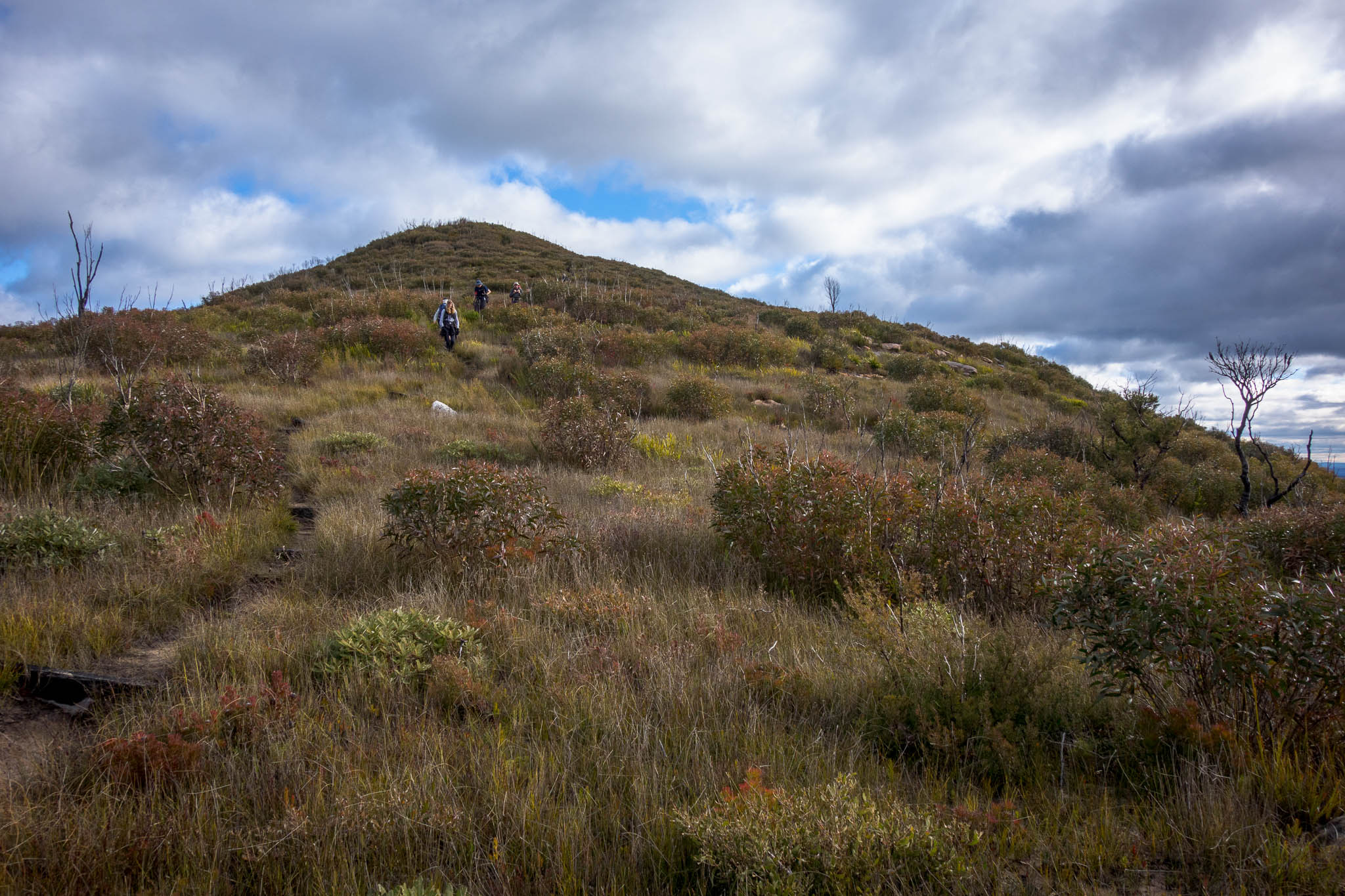 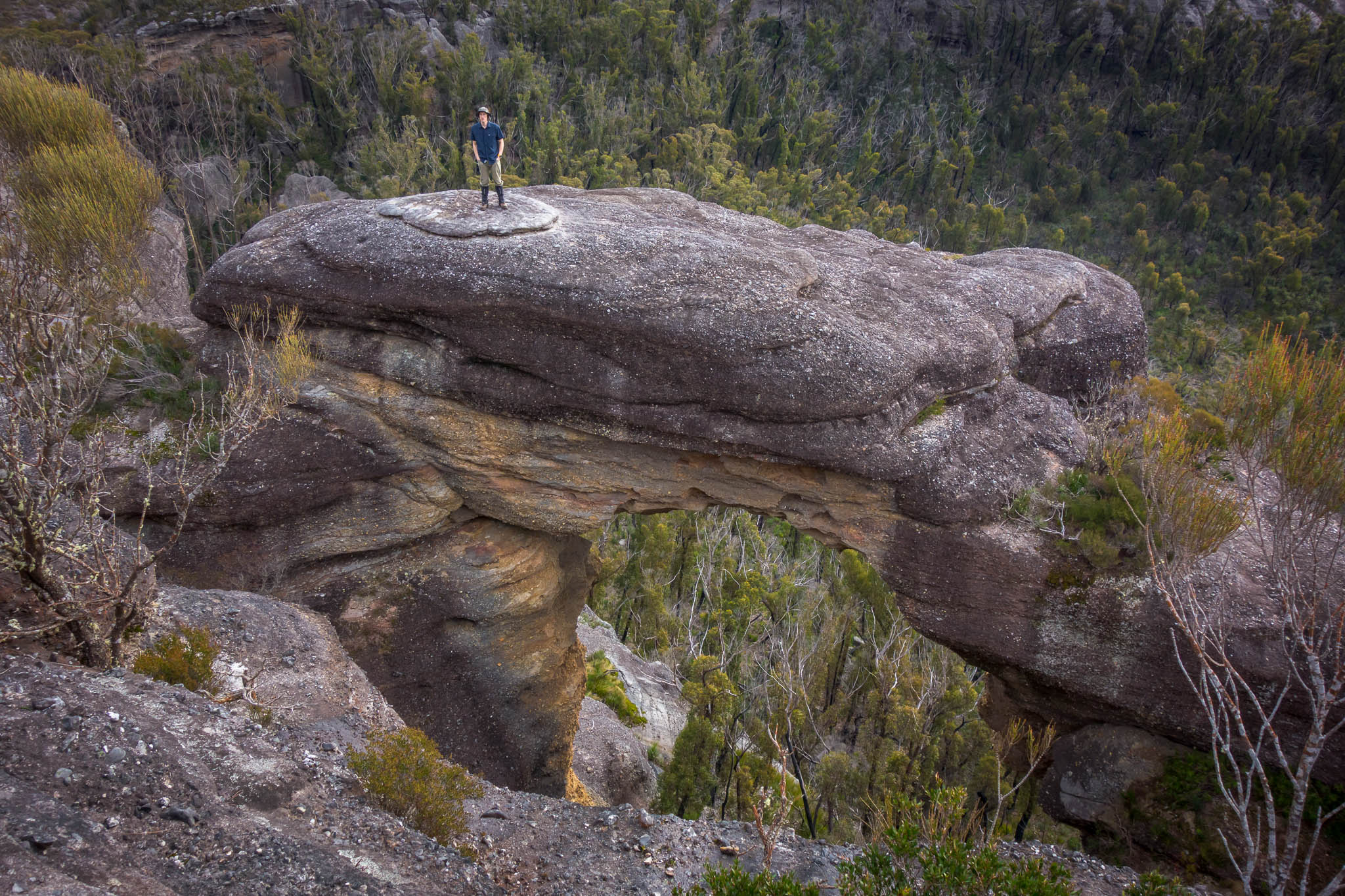 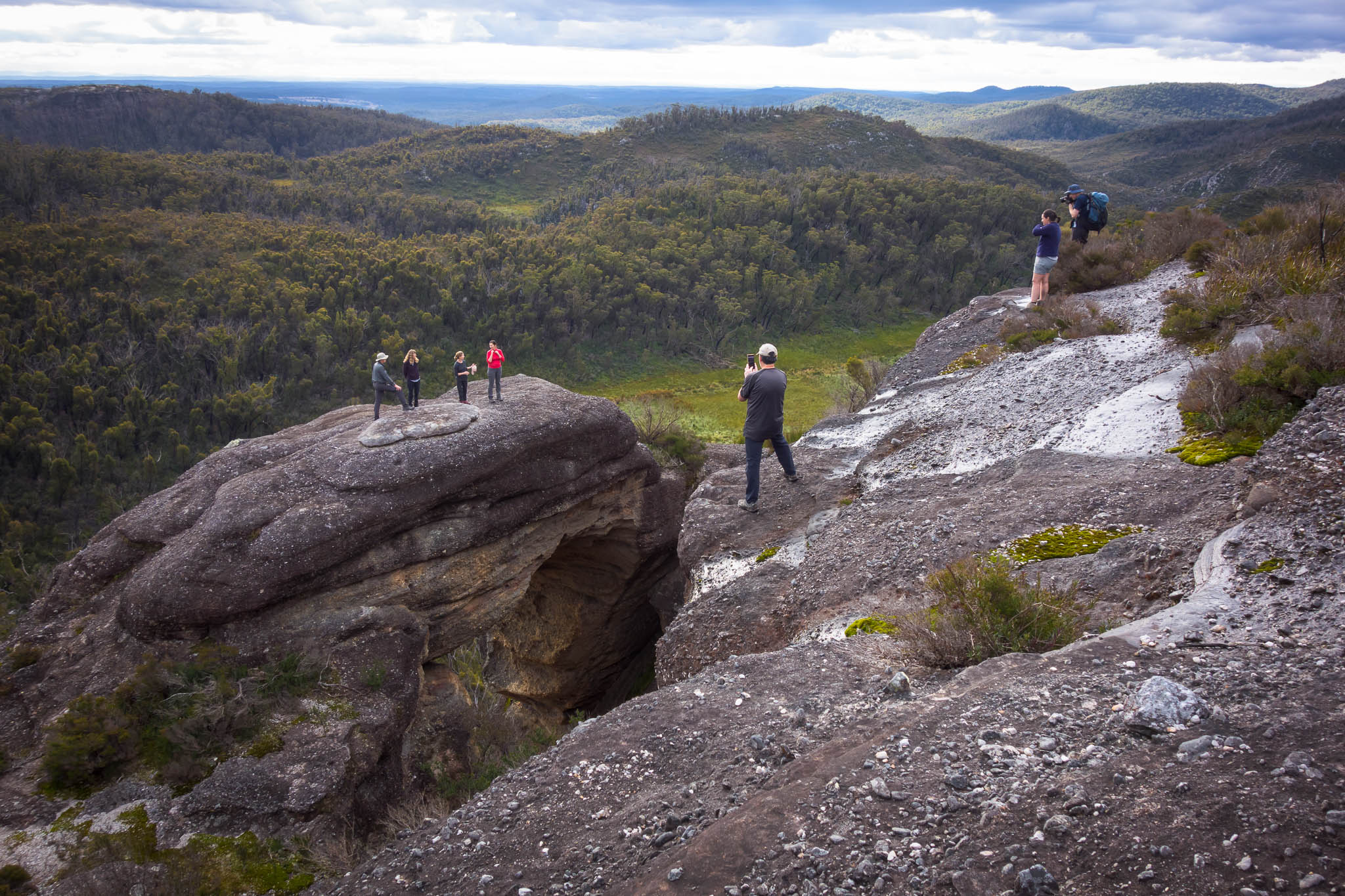 The forecast had been for rain to come through during Saturday night. It wasn’t wrong. Fortunately we were dryly tucked away in a cave. It was hard to tell how much it was raining as the waterfalls cascading off the tops were so noisy. As it turned out not an insignificant amount, as Canowie Brook was up a fair bit from the day before. With Sunday’s weather dawning cold, cloudy, windy with the odd-spattering of rain Jo decided (with plenty of support from the party, possibly even twisting her arm?) we would head directly back to the cars. 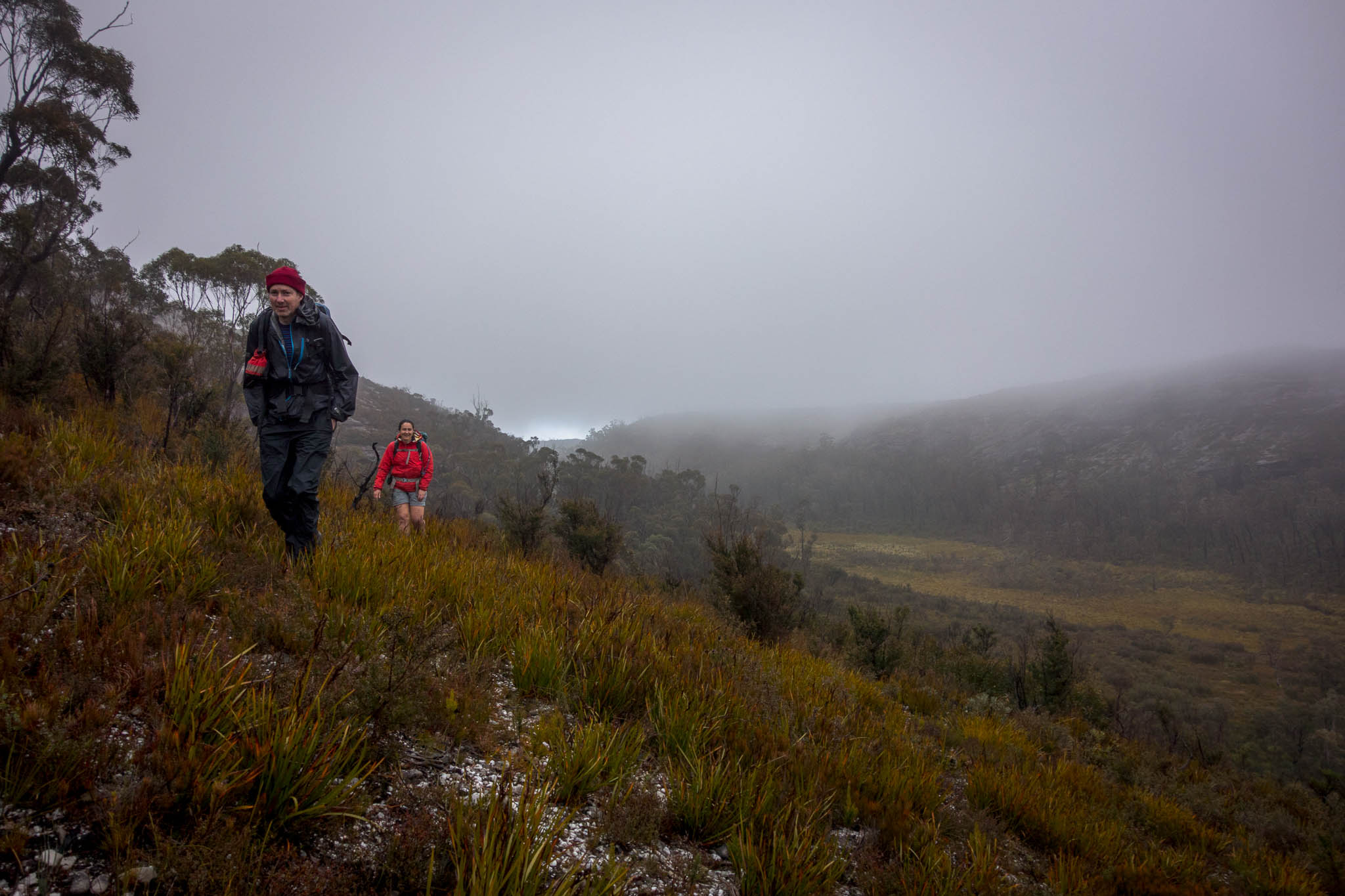 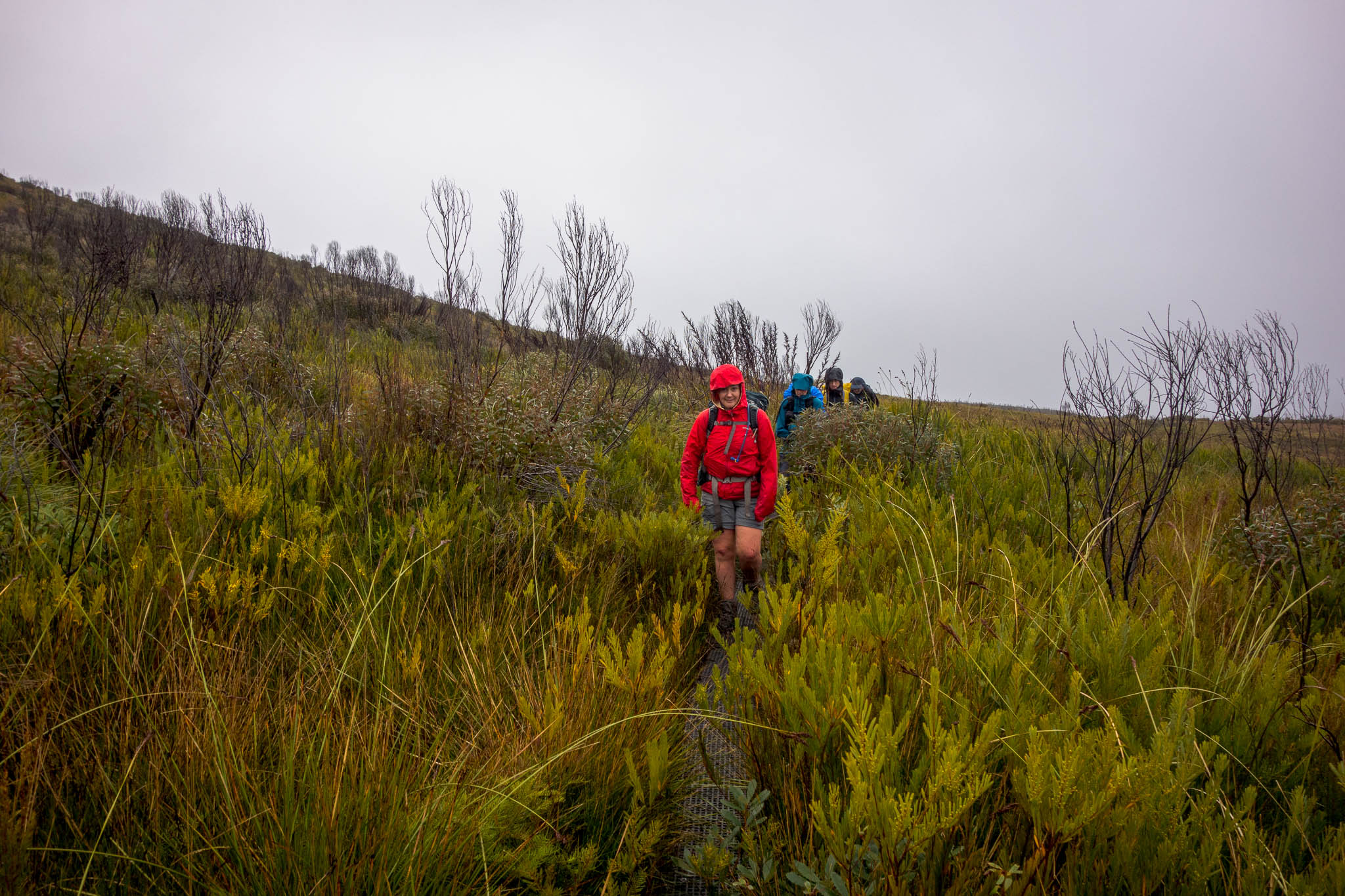 Still swathed in cloud and battered by wind 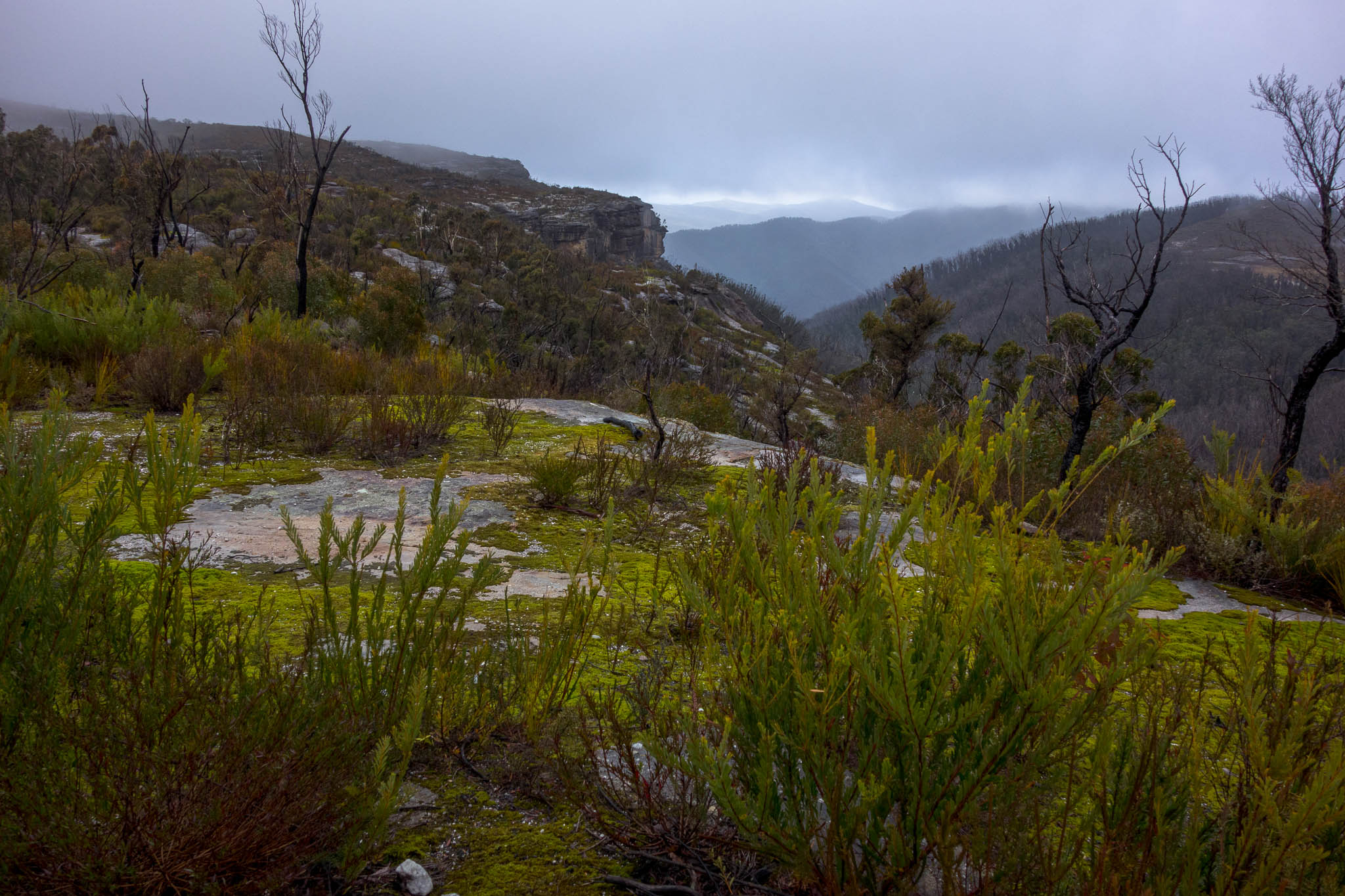 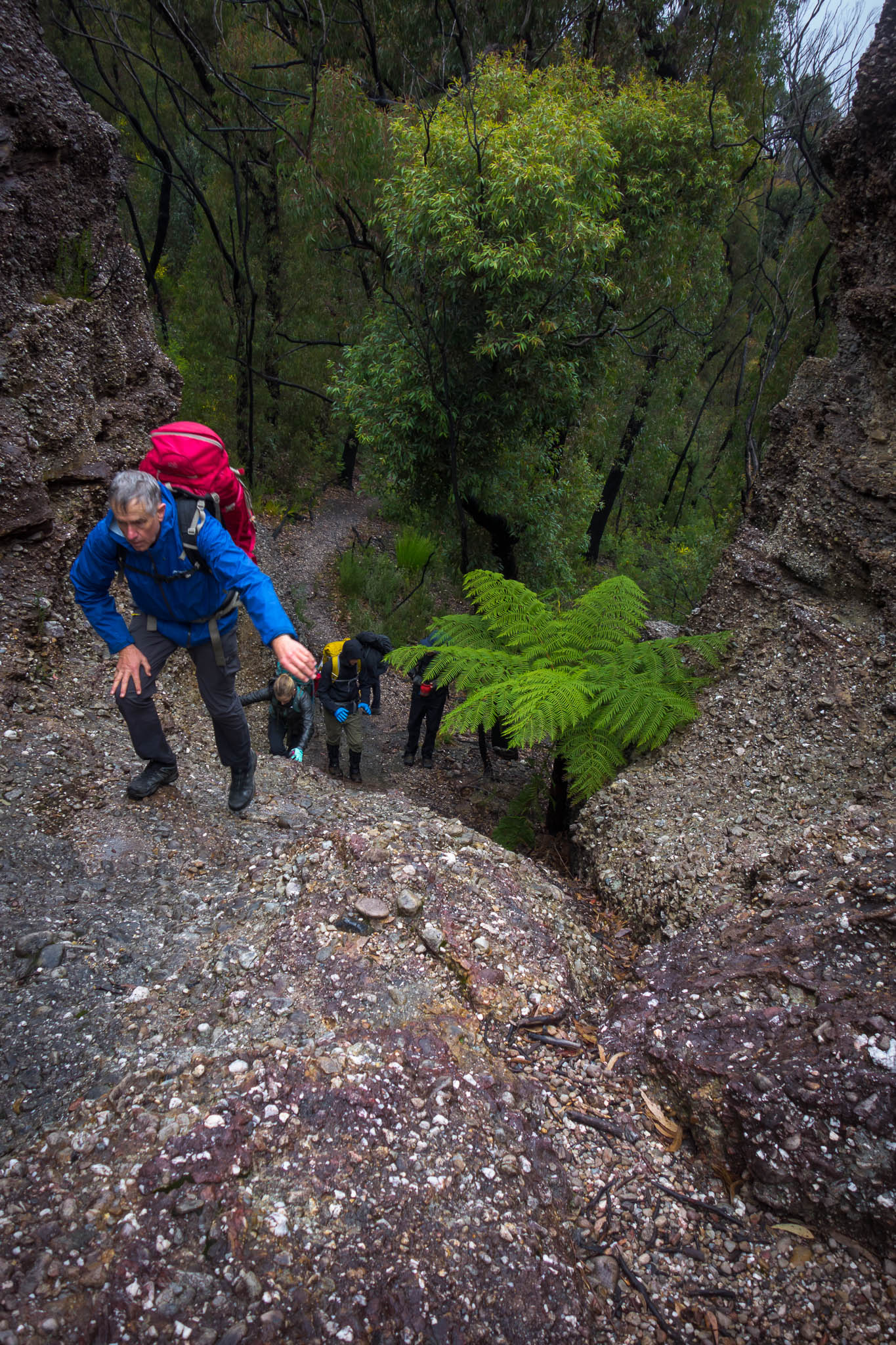 Wog Wog Creek was no longer a leaping prospect for anyone after it’s overnight rise. But, since our feet were wet already, it made getting across a lot less painful. 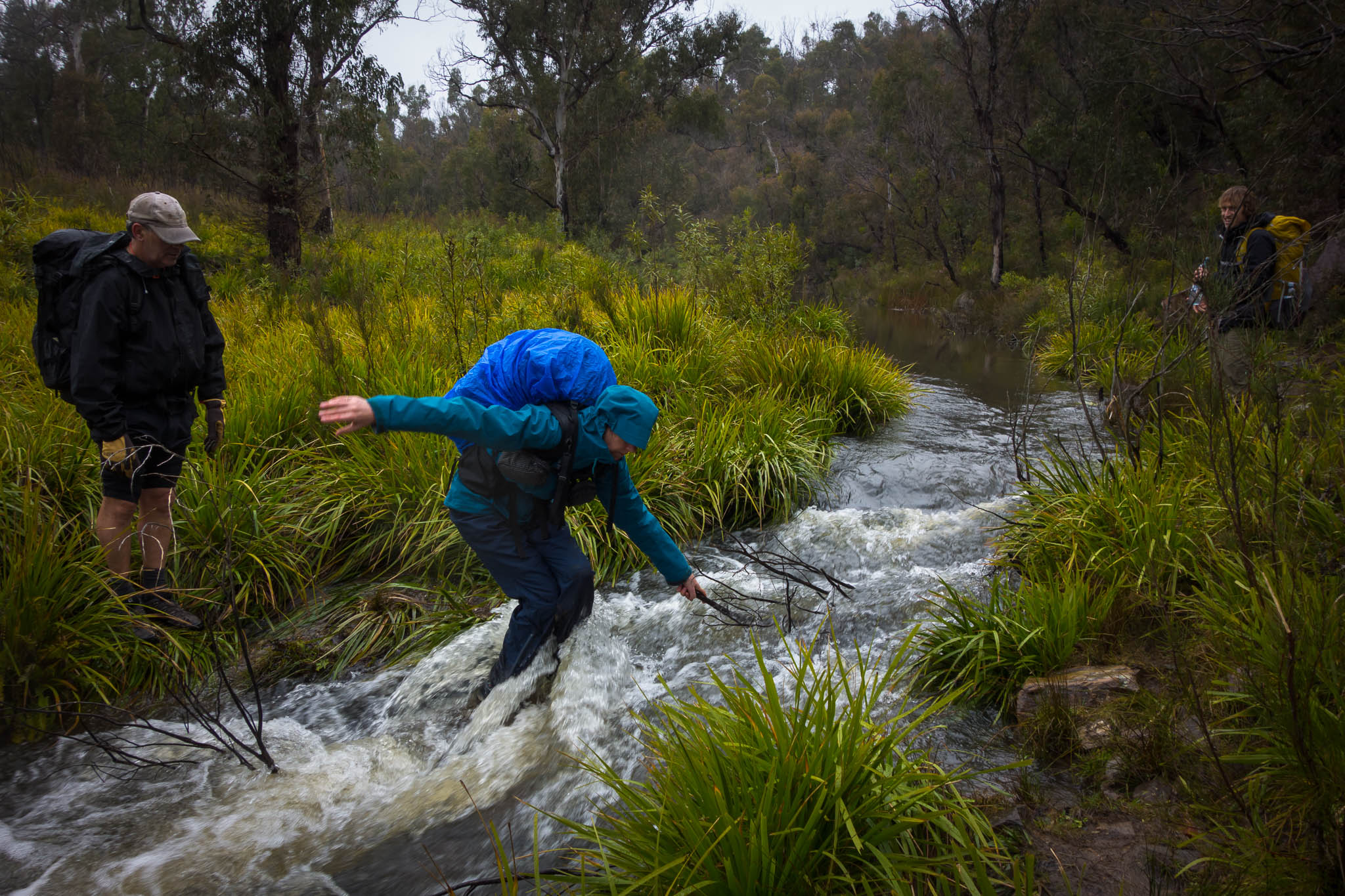 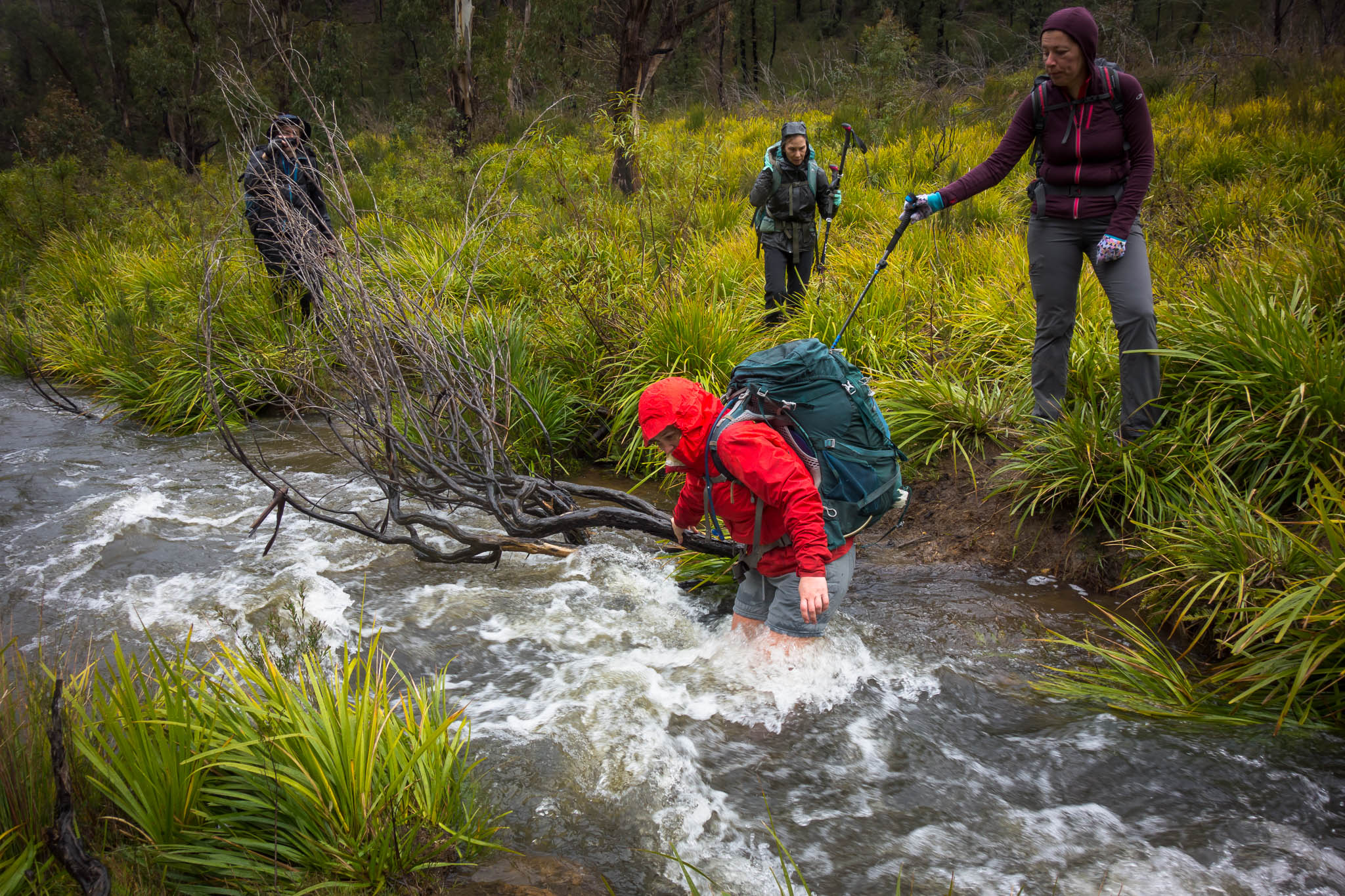 With the early finish we had time to head to the Nerriga Pub for lunch. A great weekend – easily moulded to suit the weather.