Nothing went exactly right on this trip. The issues started well in advance – firstly with some somewhat hysterical reports on the internet about the difficulty of the regrowth on the ridges post-fires, and then the apocalyptic rain several weeks in advance damaged the road to Hampton forcing a longer drive via Tarana. Then the week prior to the walk there was another deluge of rain – bringing concern about the level of the Kowmung. What was meant to be a reasonably straight-forward overnight walk with few unknowns now had an exploratory feel to it!

Unsurprisingly after 60mm of rain in Hampton in the previous three days (and a lot more in other nearby areas) Kanangra Main & Kalang Falls were pumping. There were great views of the white water streaming over multiple waterfalls down to Kanangra Creek in the valley. 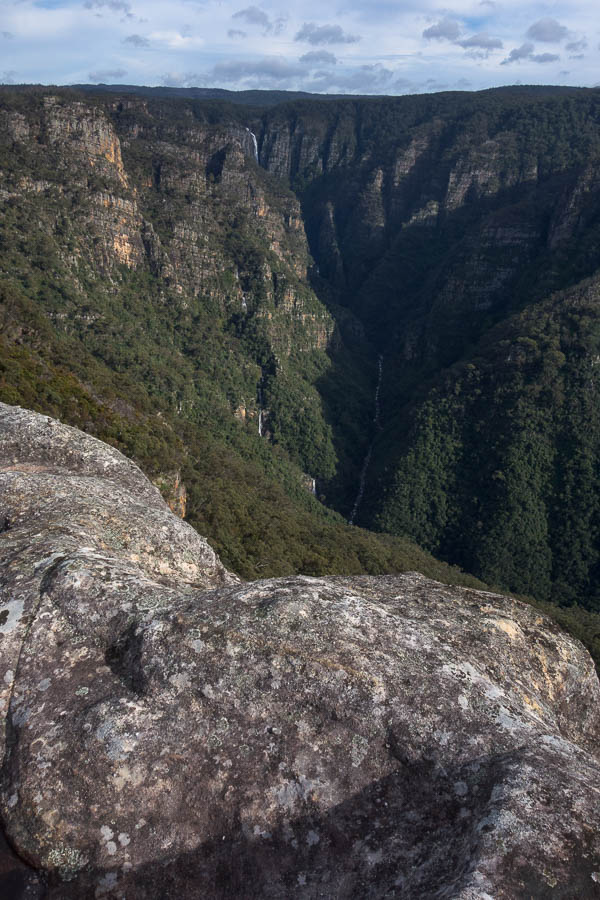 We had morning tea at Cottage Rock. Up to that point track conditions were relatively normal – other than getting more views because of the burnt surrounds. 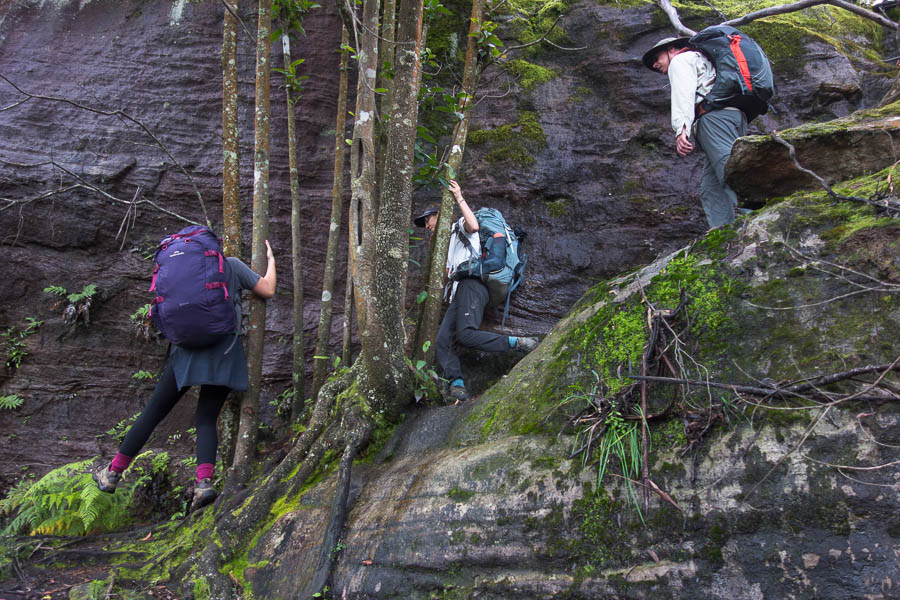 The regrowth mainly reared its head once we got to First Top. We spent a few minutes pushing out way through incense plants twice our height but it wasn’t long before we were spat out on a rocky section that didn’t seem to have enough nutrients for any plants to grow. The descent followed a similar pattern – some sections that were fairly ‘normal’ and then others with very tall regrowth. Most of the plants grow vertically and don’t have thorns so other than being slow they weren’t difficult to move through. There was evidence of others’ passage through which also helped.

Arriving at the Kowmung mid-afternoon it was time to assess what impact the heavy rain in the preceding three days would have on our route. Leaving most of the party to contemplate Orange Bluff, Tom & I headed downstream to see if there were any safe crossing points. 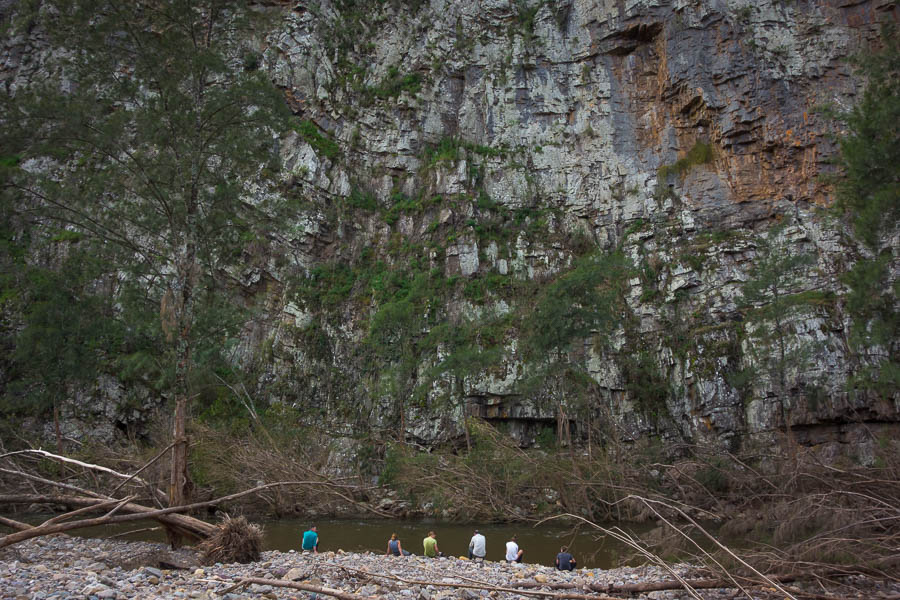 The water was clearly up – lapping over grass and many of the casuarinas (the ones still standing) had their bases covered by the river. 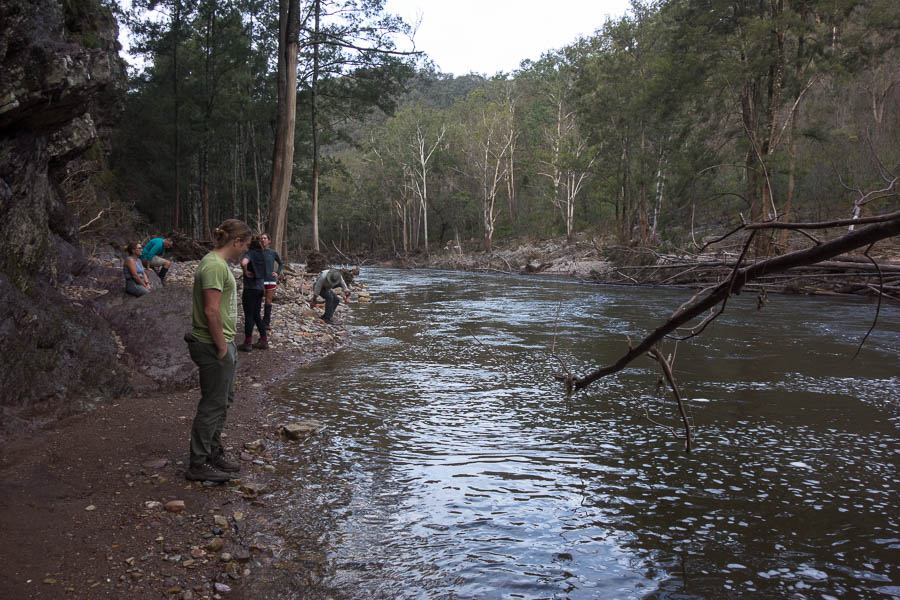 The Kowmung was flowing strongly 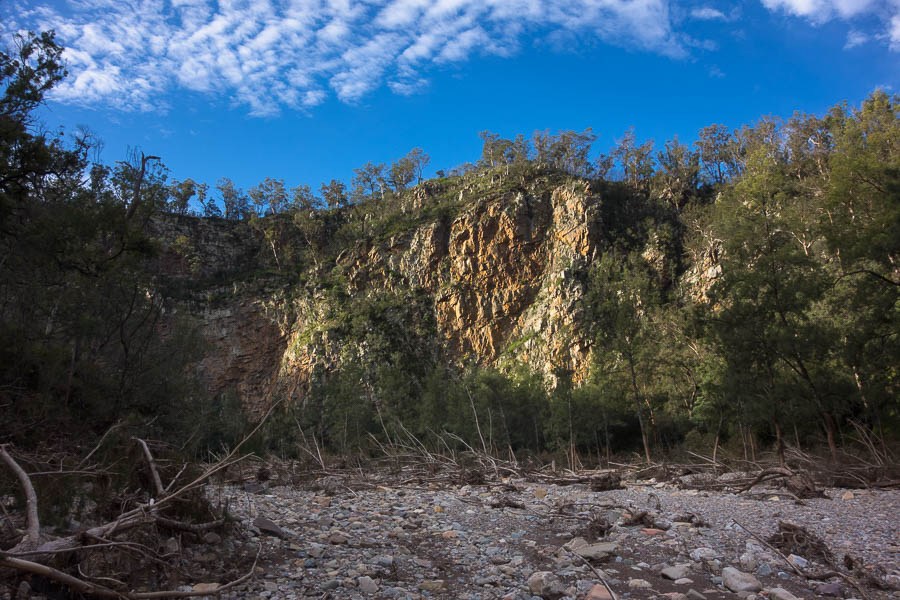 We did find 3 packets of two-minute noodles carefully strung up in a tree but sadly no crossing point. The Kowmung was flowing quickly and looked to be around waist deep at the shallowest spots. That put paid to plans to continue on to Rainbow Bluff. 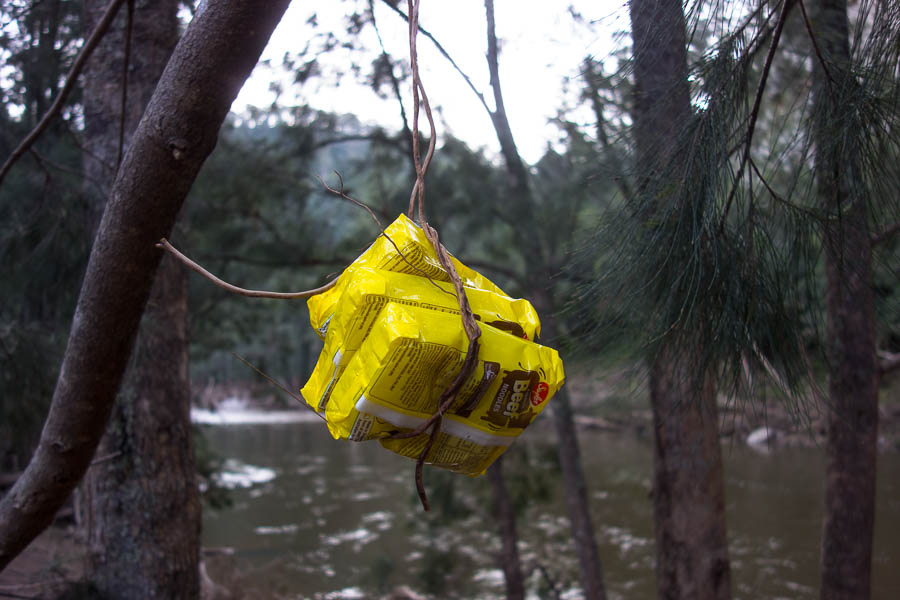 I assume someone was planning on coming back for these!?

Despite the forecast of no rain in the middle of the night it started spitting. I was especially glad we were not camped on the other side of the Kowmung needing to cross back to exit. It sounded like the sort of rain which would let up fairly quickly but it didn’t – continuing for the rest of the night fortuitously stopping just before 6:30am. 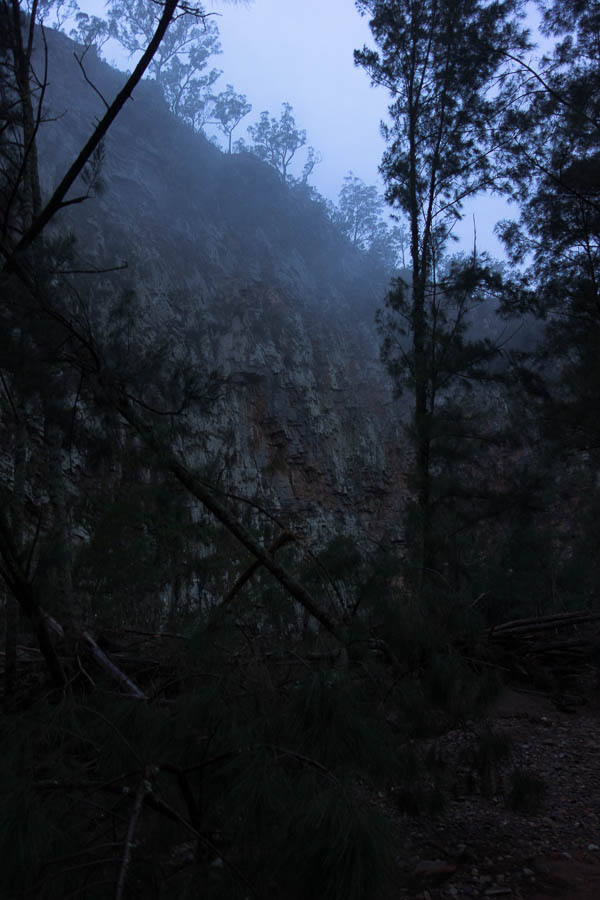 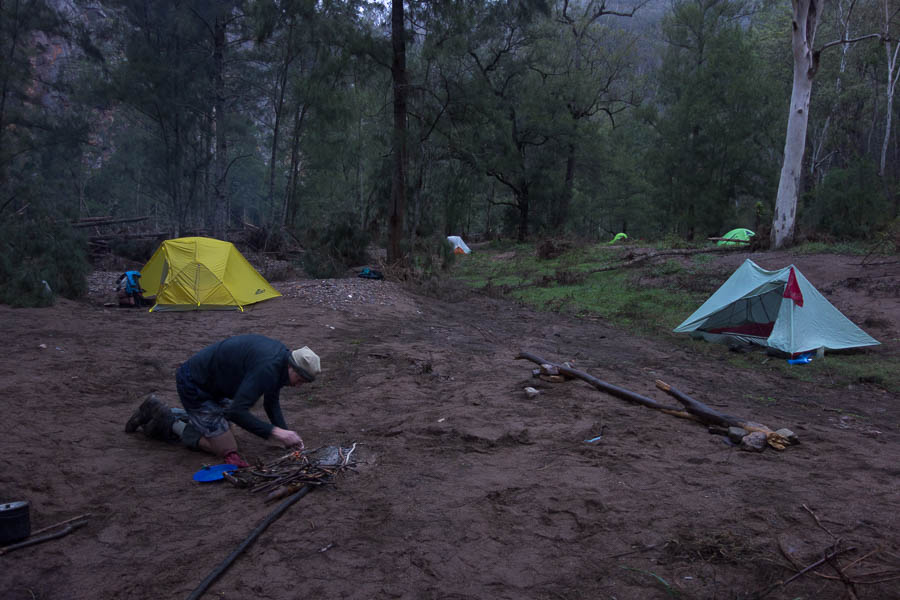 So on Sunday since we hadn’t been able to move downstream we were just left with retracing our steps up Brumby Ridge. It seemed easier than the descent – probably because picking the worn lines through the scrub was more straightforward going uphill. It was lovely weather for climbing hills – overcast and not too warm. 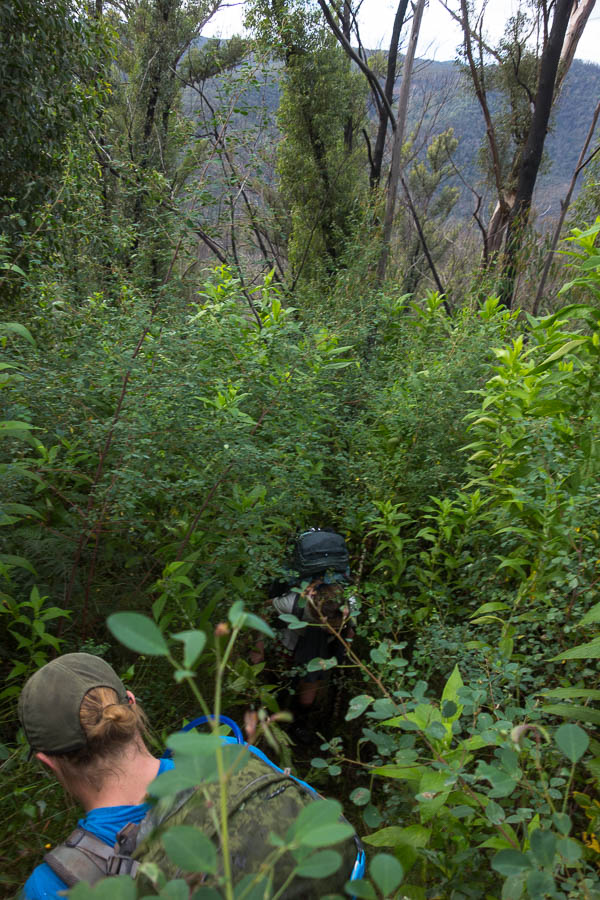 By the time we got to the plateau the sun had come out a little and so we took in the views, along with plenty of photos. 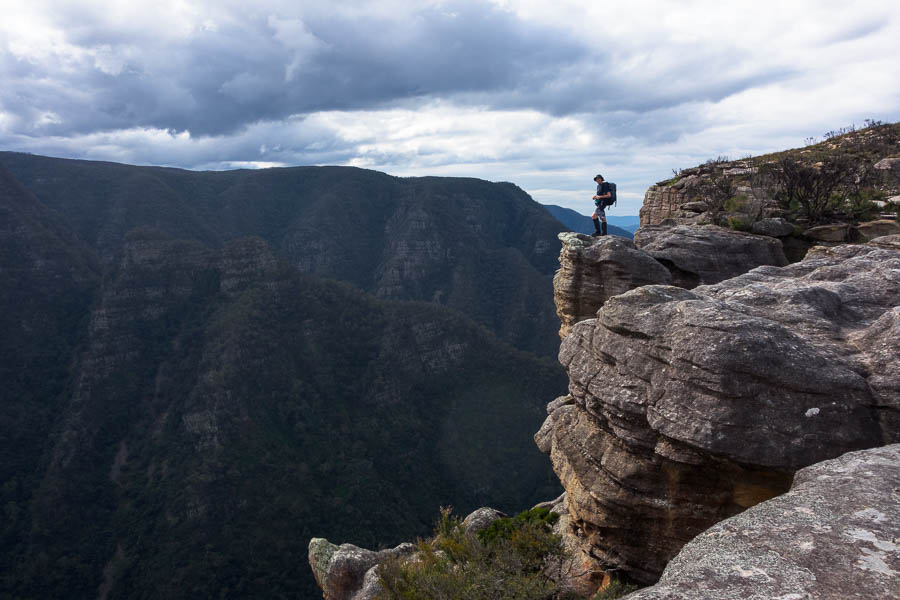 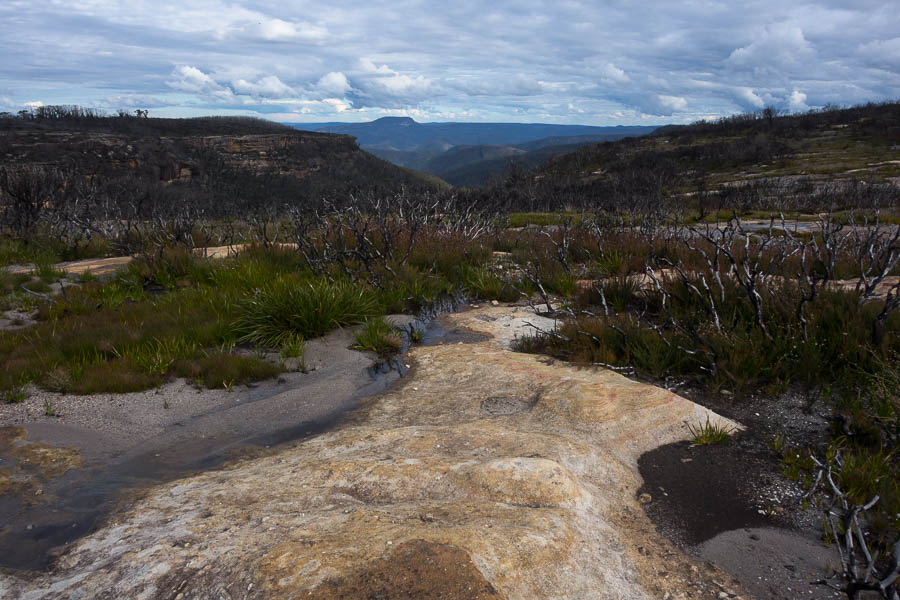 Mt Colong from the plateau 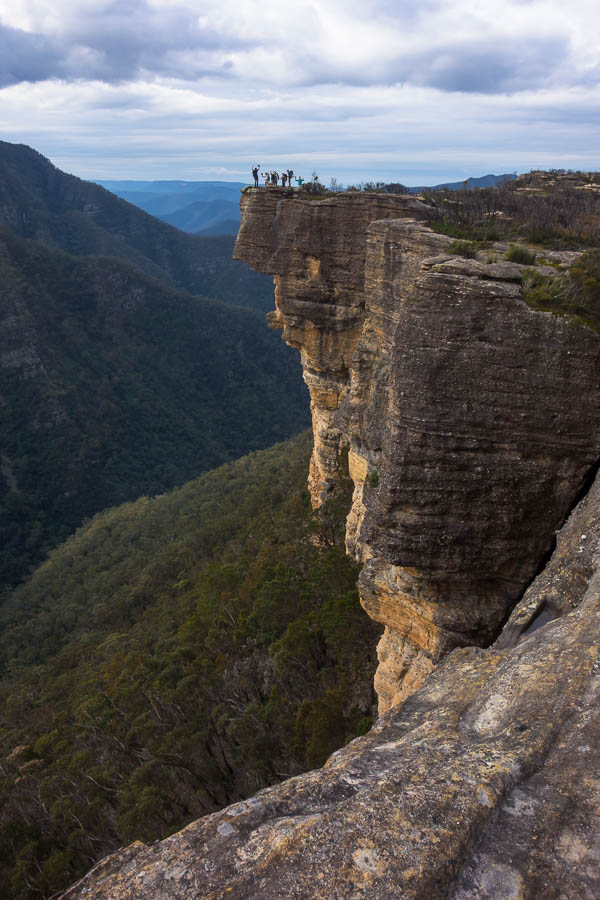 Oh, what a feeling! 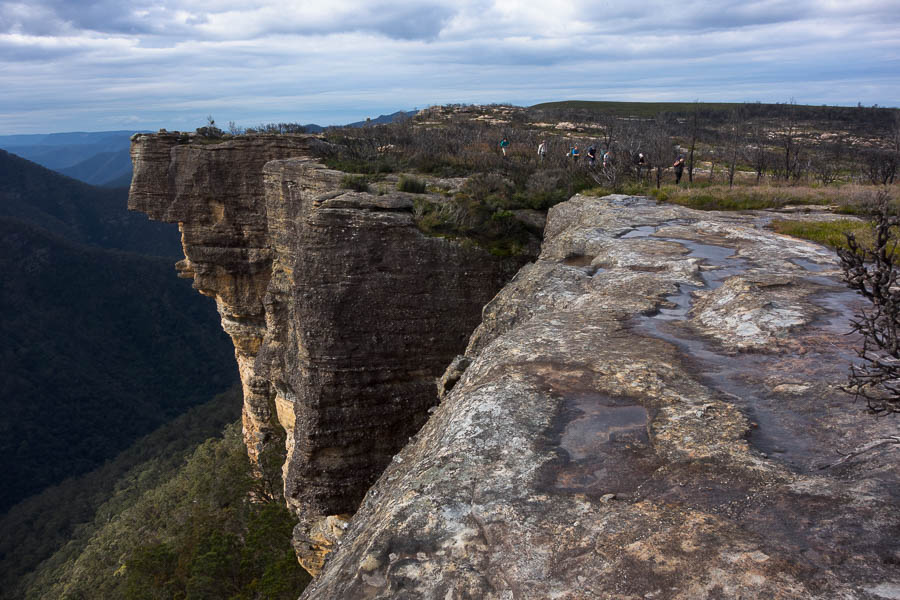 We admired the last of the pink flannel flowers as we returned over the plateau. 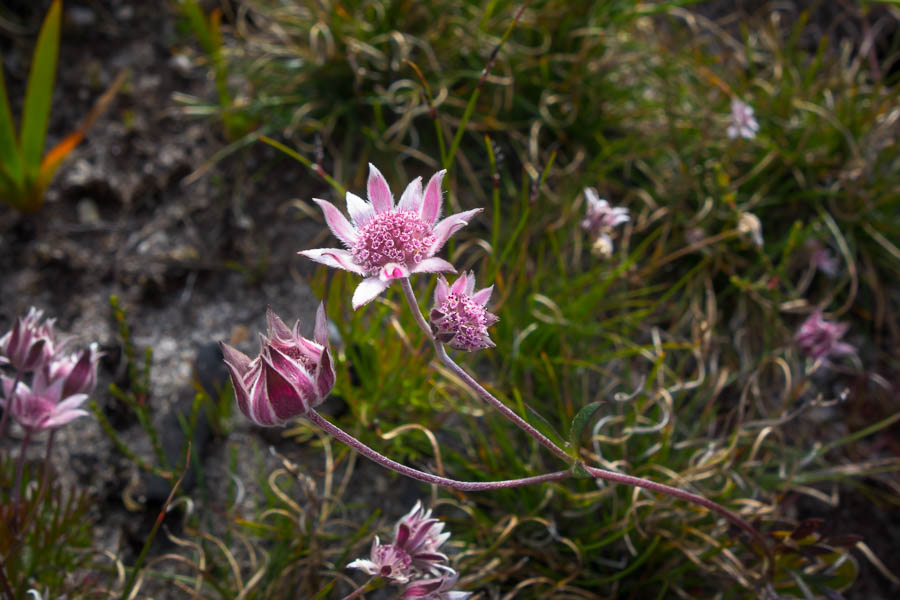 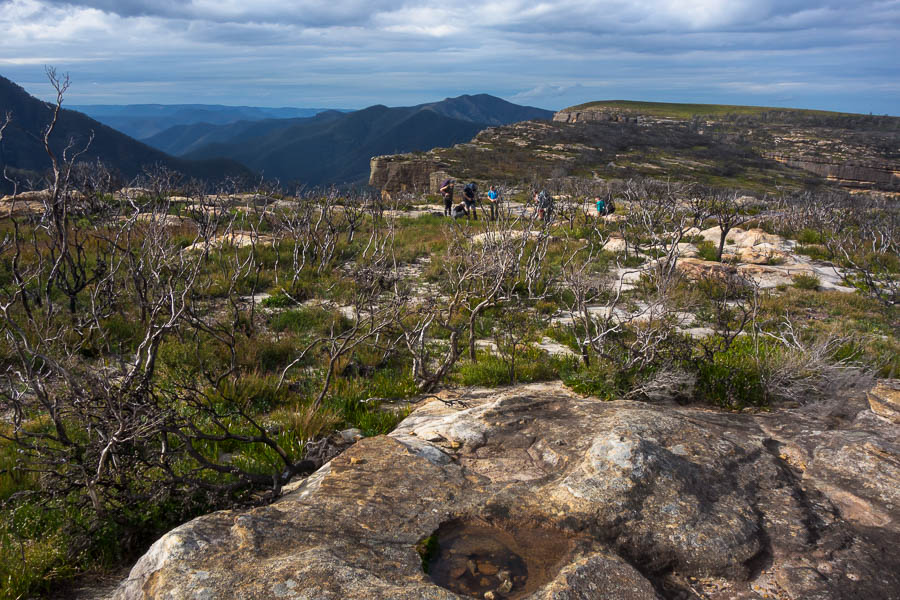