Like many things this year the Rogaining calendar has been quite disrupted. I thought I might end the year with no rogaines after leaving it way too late to find a partner for the Lake Macquarie Rogaine. However the wild weather which forced our change of plans last weekend opened up a rogaine opportunity for me. The ACT Championships were meant to run on 30 Oct/1 Nov but were postponed due to high water levels in the surrounding creeks cutting off access to waterdrops. So when Vivien messaged me a couple of hours before the new registration deadline it didn’t take much convincing, particularly when he said his preference was to go back to the hash house to sleep for a bit in the middle of the night.

I’ve previously done a couple of 12 hour rogaines, so it didn’t seem like this would be significantly different – except I’d have to get up the next day and do more! I was mainly worried we’d get the map and find that doing two loops from the hash house wasn’t practical… fortunately a single glance at the map relieved this worry. We didn’t leave ourselves a heap of time for planning, but maybe it’s better not to over think it. 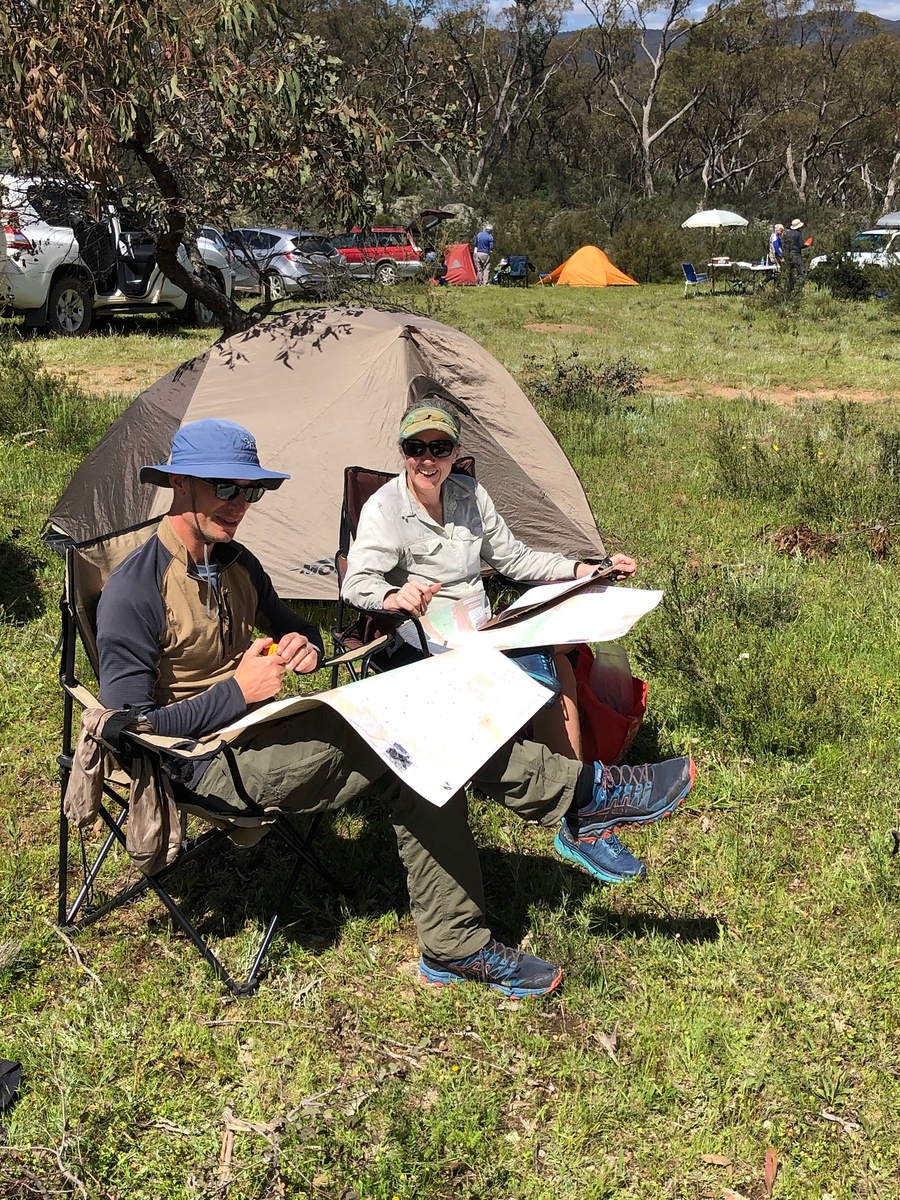 As a covid measure the 24-hour event started an hour before the 8-hour event. Even so there were quite a few of us heading for the same control to start with, but by the time we left our second control we were on our own. Thinking we’d chosen an obvious route I was a little surprised, but not unhappy – much easier when you’re only worrying about your own navigation.

It all went pretty well, in fact we were perhaps both a little disappointed at how easy we found the nav – particularly in the daylight! Things got a bit slower once it got dark – with roads not quite being what was on the map, and spending three times longer than we should have trying to find our last control on the way back to the hash house (but we did get it in the end). Vivien’s navigation as always was excellent. After smashing some cheese toasties and pumpkin soup I dived into bed right on midnight – wondering if the giant blisters on my feet would permit me to walk in the morning.

Given our later than planned arrival back we generously gave ourselves a 6am wake-up time (instead of first light), not that it made much difference the birds woke me before 5:30am. By 6:35am, with blisters taped, we were on the road again for our Southern Loop. This section of the course had a lot more tea-tree which was pretty unpleasant to fight through, but we persevered. Much to my relief we got back about half an hour before the course closure so no need for any running – not sure my left hamstring would have let me even if it had been required.

We came in a respectable 7th overall, and the highest scoring for those who didn’t go for the full 24 hours. Mapping our route when I got home I came up with 43km for our 11.5 hours on Saturday, and 18km for our 5 hours on Sunday. No wonder I was sore at the end of it!