We piked on plans last weekend due to the forecast. Unfortunately the East Coast Low was hanging about and the forecast for this weekend was just as bad! I didn’t really want to pike two weekends in a row, and this weekend Tom was leading a qualifying walk with the club. After ditching a walk in the Colo River (literally) due to the deluge in the days leading up to it, Tom gave the participants an alternative option in the Wild Dogs. If he got 3 takers we’d go ahead. I think we were both hoping no one was keen. But despite the 8-15mm of rain forecast for Saturday we got 3, giving us a group of 5.

The thunder rumbled menacingly around us as we walked along Ironpot Mountain. We could see the squalls not far off. The jackets went on as we briefly got pelted by hail for about 2 minutes…. and that was really the only precipitation we had to deal with all weekend. Good thing we didn’t pike! 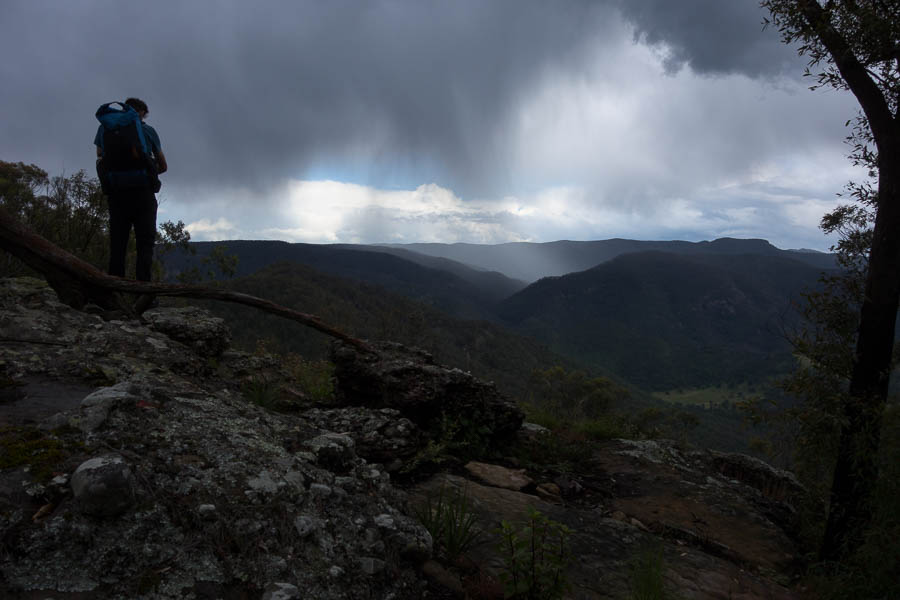 Rain was all around us

The temperature warmed up, the sun came out. 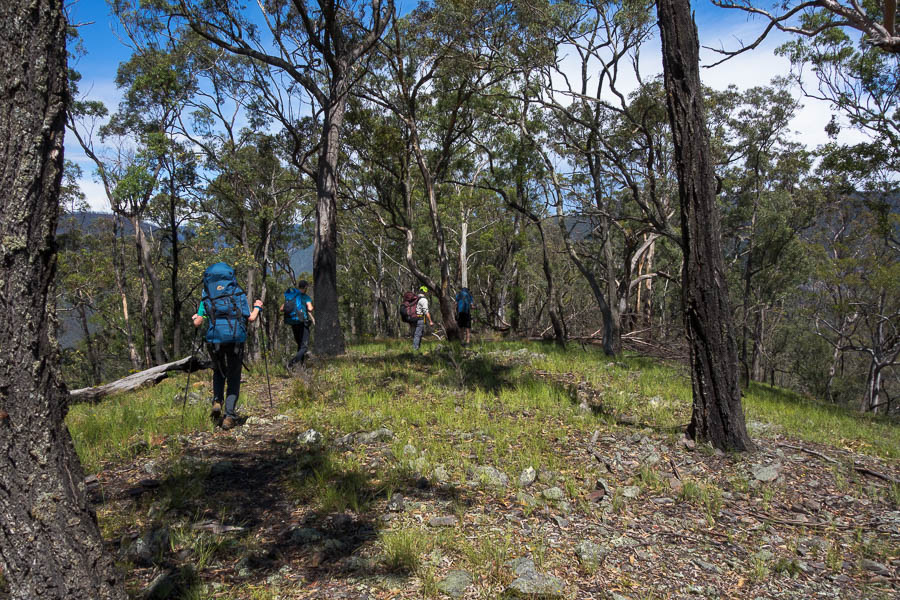 But in the end it was a surprisingly hot, sunny day!

Next minute Tom had his gear off and was swimming. Who’d have thought it? (the swimming, not the getting his kit off) 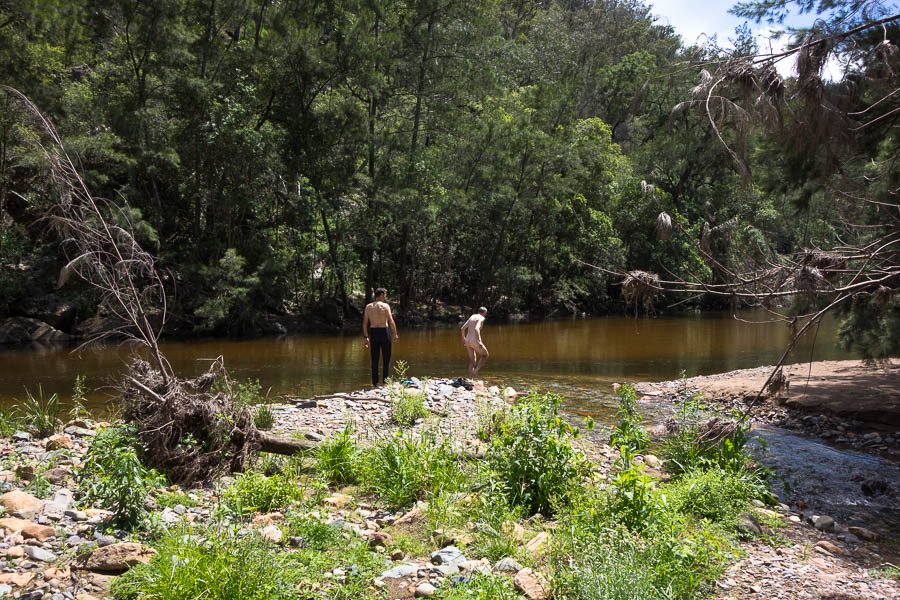 or should that be moon-y day… 🙂 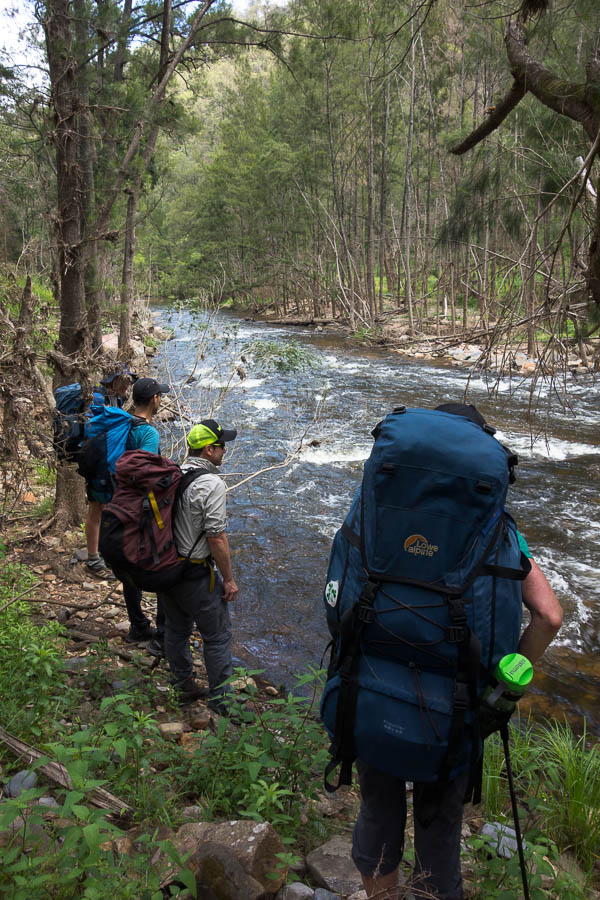 The Coxs had some good flow going on

The section along the Coxs was pretty weedy and somewhat slow going. When we found a good campsite at 3pm there was a fair bit of indecision as to whether to camp, or continue on. 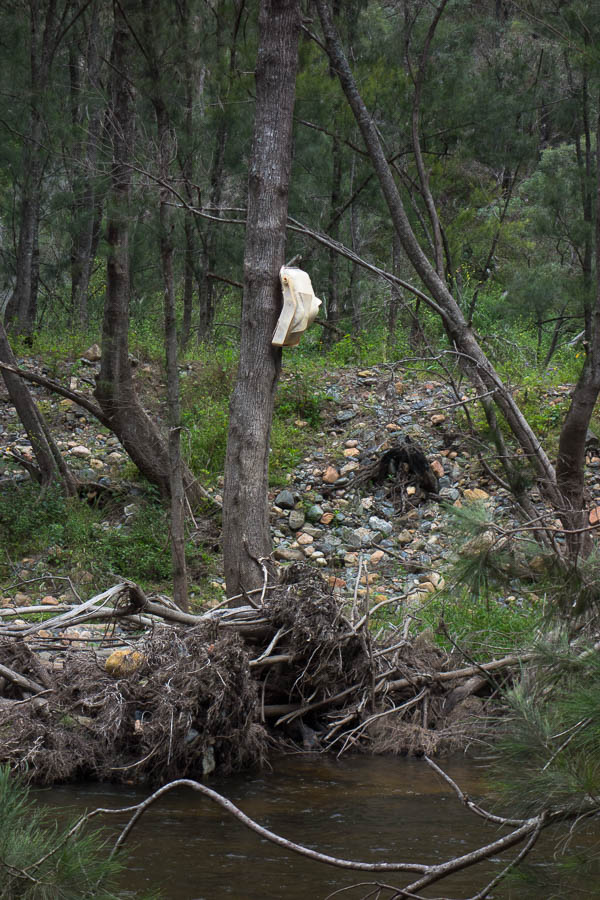 I think this is a baby capsule, scary to imagine the river at that height!

Another good decision to set up camp and just do an excursion to Merrigal Creek. It was 1km away. About an hour return said Tom. Well, over an hour later we made it to Merrigal Creek having encountered some interesting scrambling along the river bluffs. 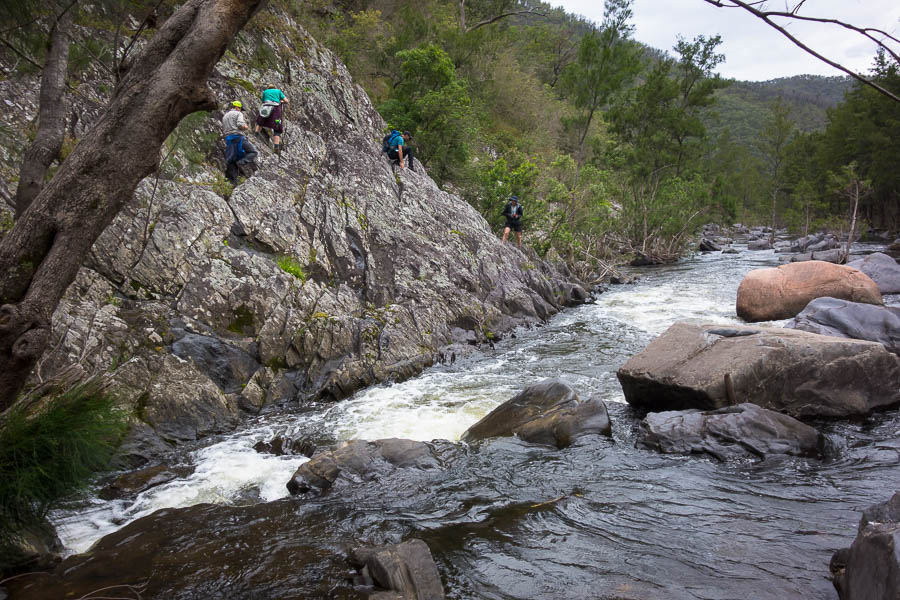 Some fun scrambling on our afternoon excursion

It was 5pm. What are we doing an hour from camp instead of having happy hour!? We took a (somewhat) higher road to avoid the bluffs on the way back. I’m not sure it saved us much time but sometime after 6pm we were back at camp. 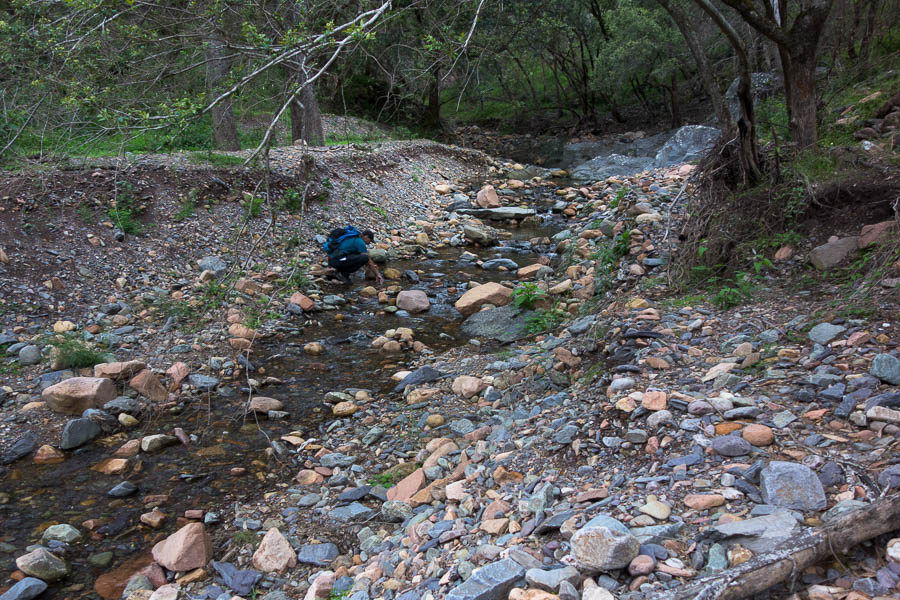 Merrigal Creek – after a fair bit of effort 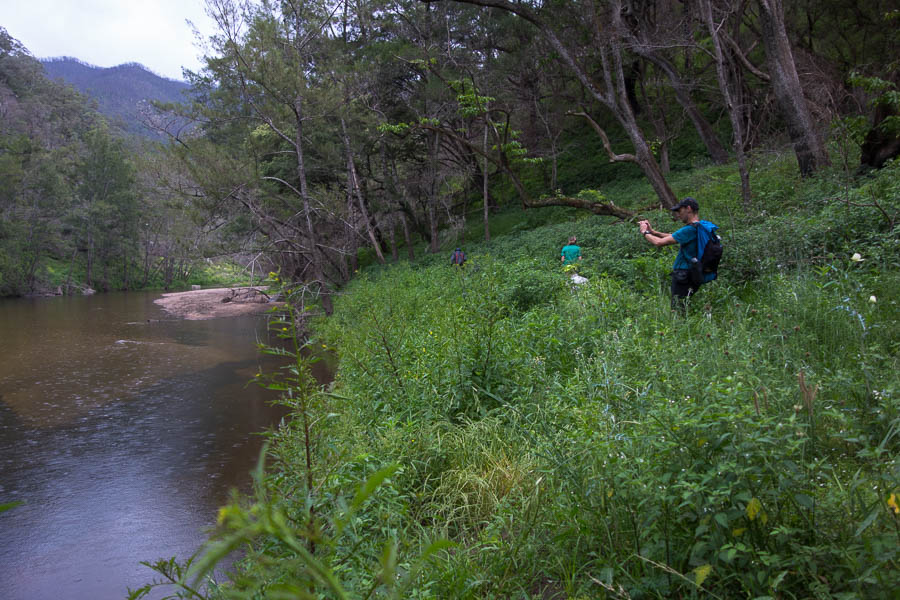 Wading through the weeds on our way back to camp

Most of us had a swim to freshen up, and then we settled in for a pleasant evening around the fire. One of the side-effects of a late arrival at camp is that it is easy to get to bushwalkers midnight and beyond. 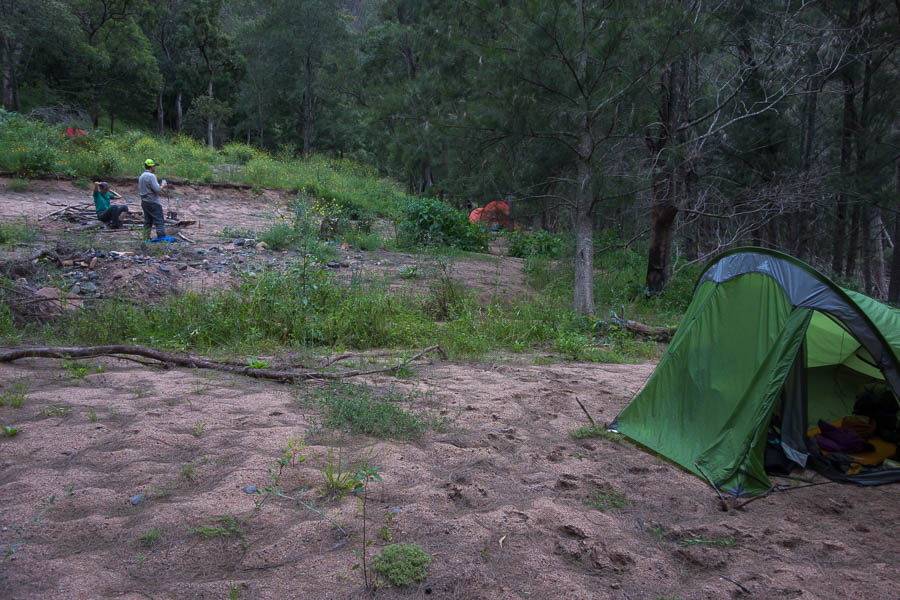 Day 2 started with a 580m climb, followed by morning tea at Knights Deck. I had been concerned we’d overheat after the weather the day before – but Sunday was overcast and cool. Perfect for all the hills we had. 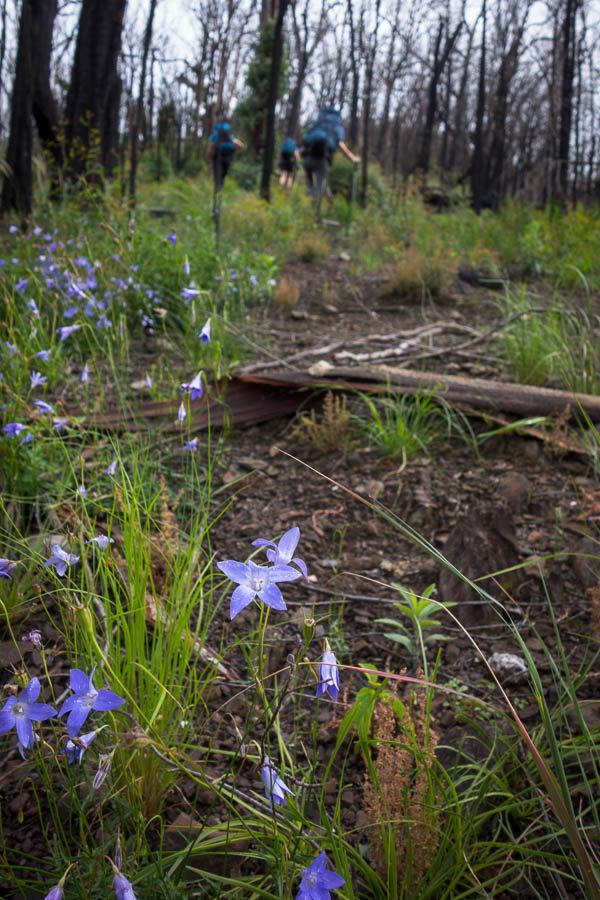 day 2 was all about hills and wild flowers 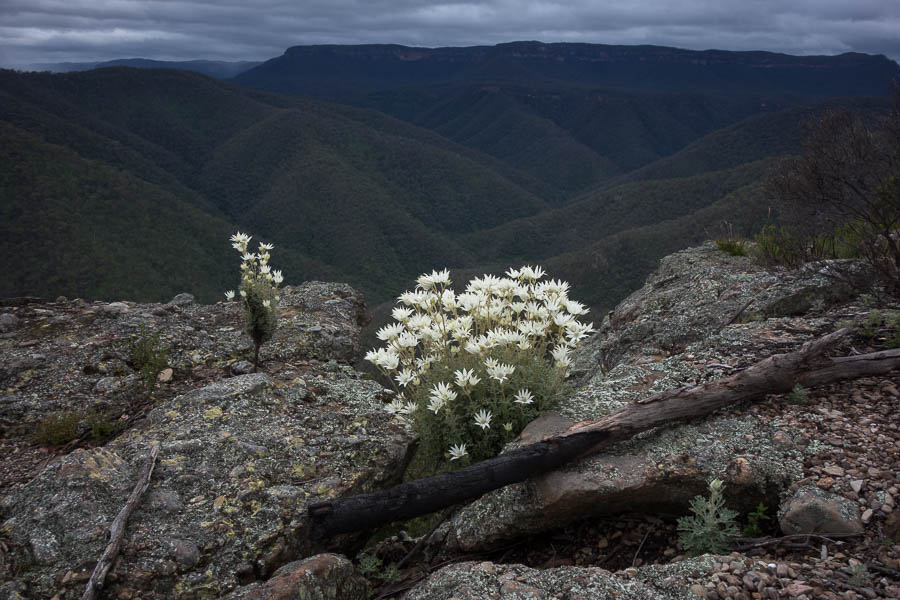 The flannel flowers at Knights Deck were incredible 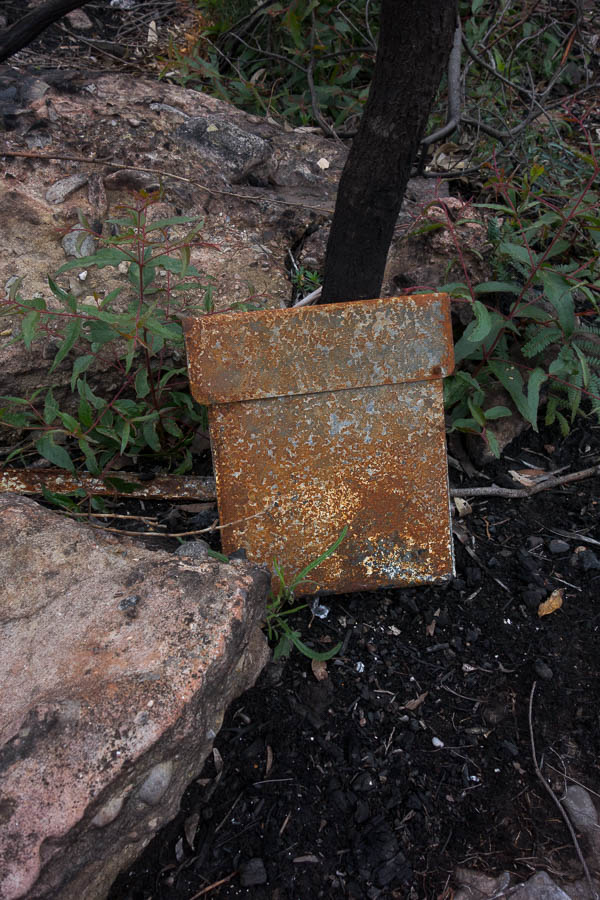 The remains of the logbook container (new one needed!) 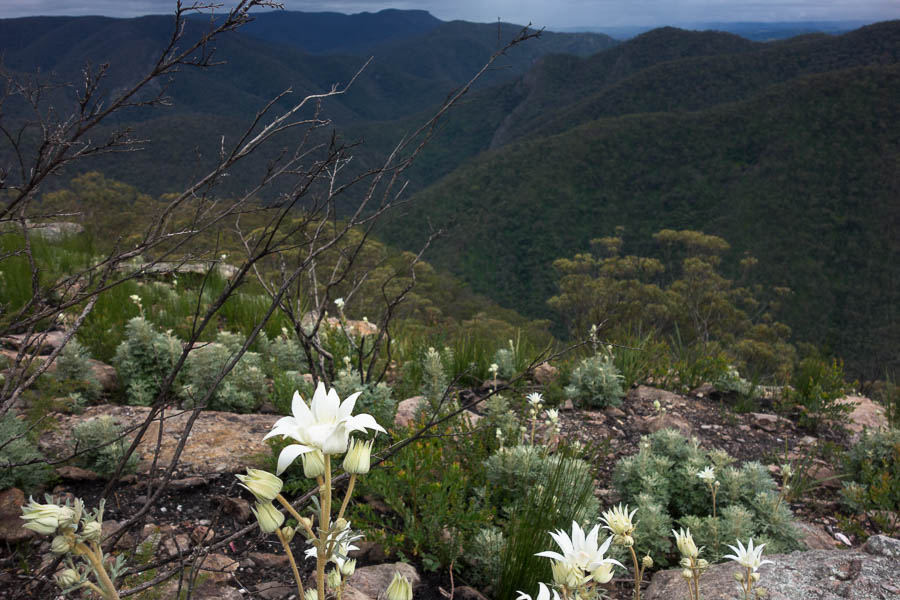 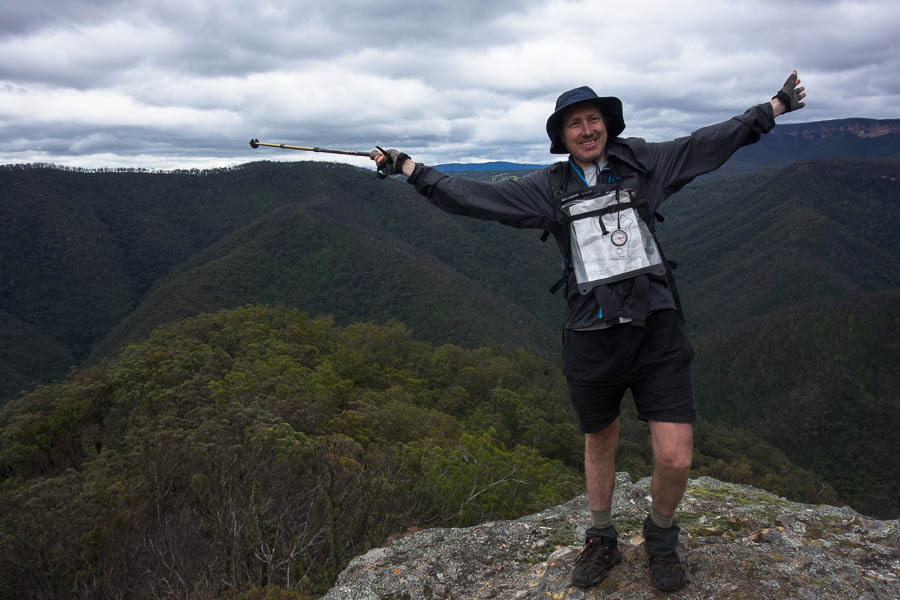 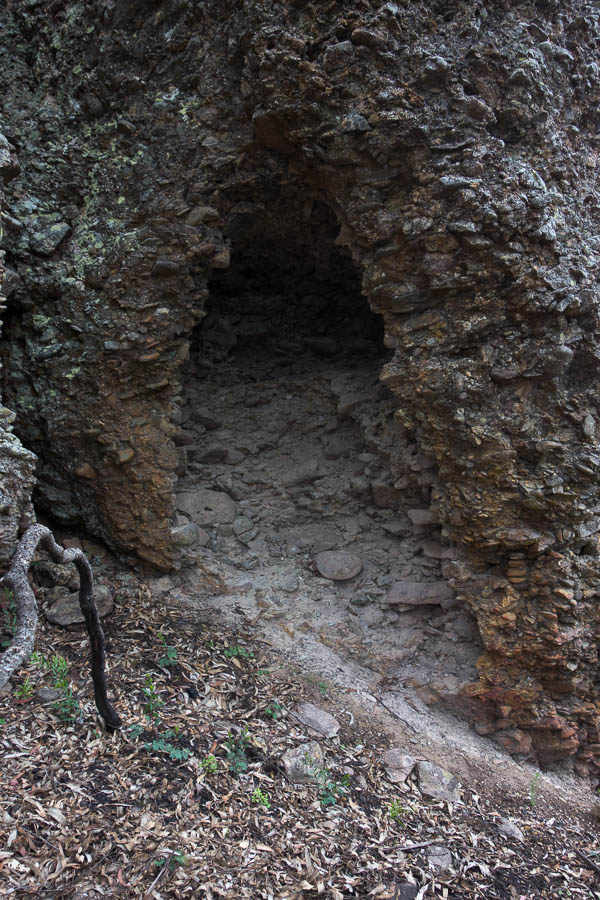 Only real option for shelter had it been raining 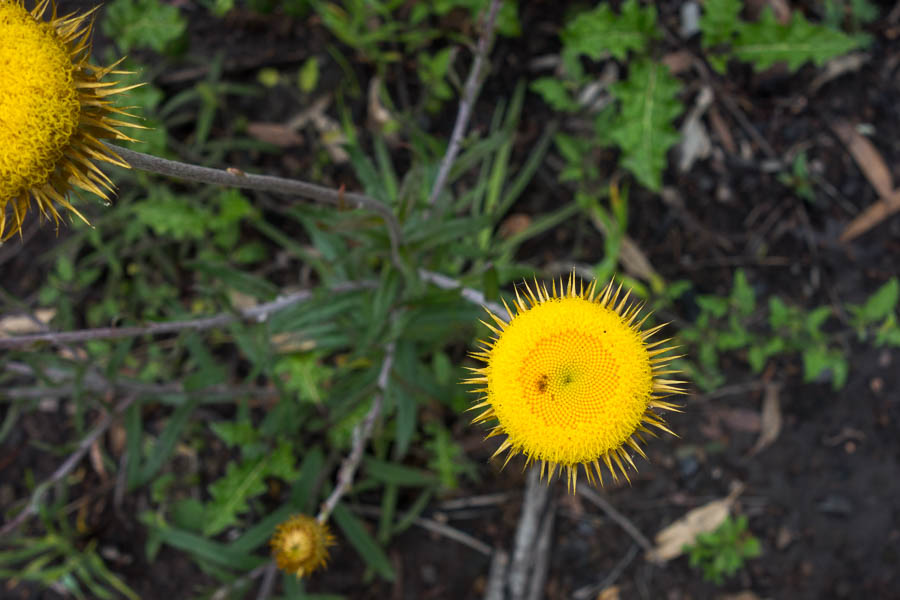 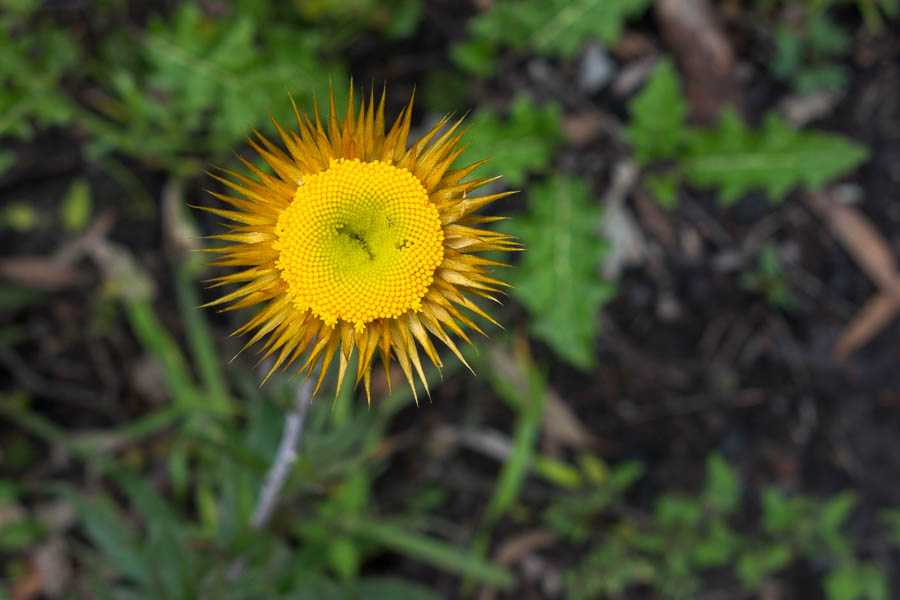 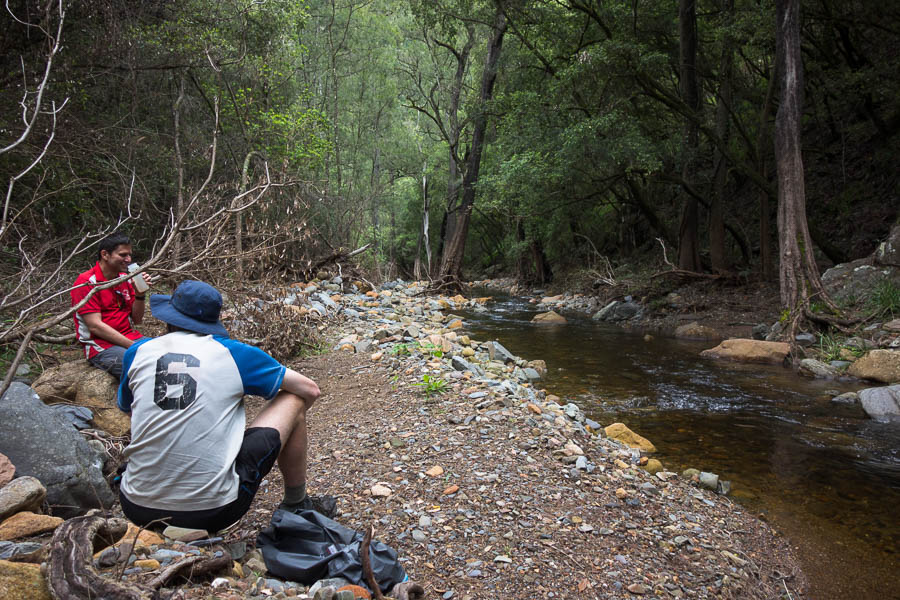 A great weekend out in good company – particularly when we’d all been expecting to be rained on most of Saturday!