Walking in the last few months has been pretty lean, firstly with the fires, and then with ongoing National Park closures to allow the parks to recover from the fires. Budderoo National Park was largely unaffected by the fires, with the bonus it is near our annual Club camping weekend.

Despite an increasingly dire weather forecast, which unfortunately did come to fruition, it was great to get out in the bush. An unexpected benefit, being away from news and updates even for only a few hours, was the mental relief from the current bombardment of updates about Covid-19. I would highly recommend it as a strategy if you’re finding the current state of affairs a little overwhelming. 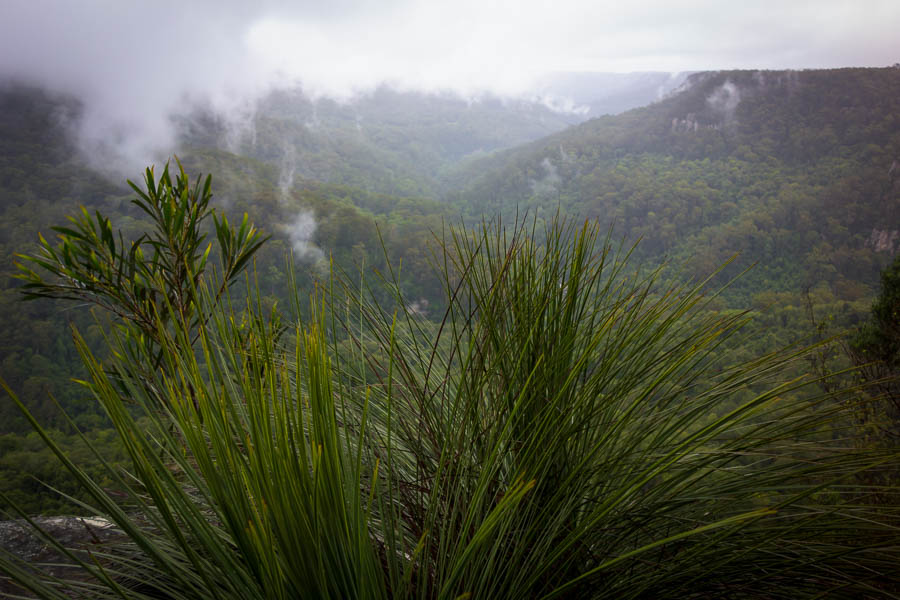 The cloud cleared briefly for some early views 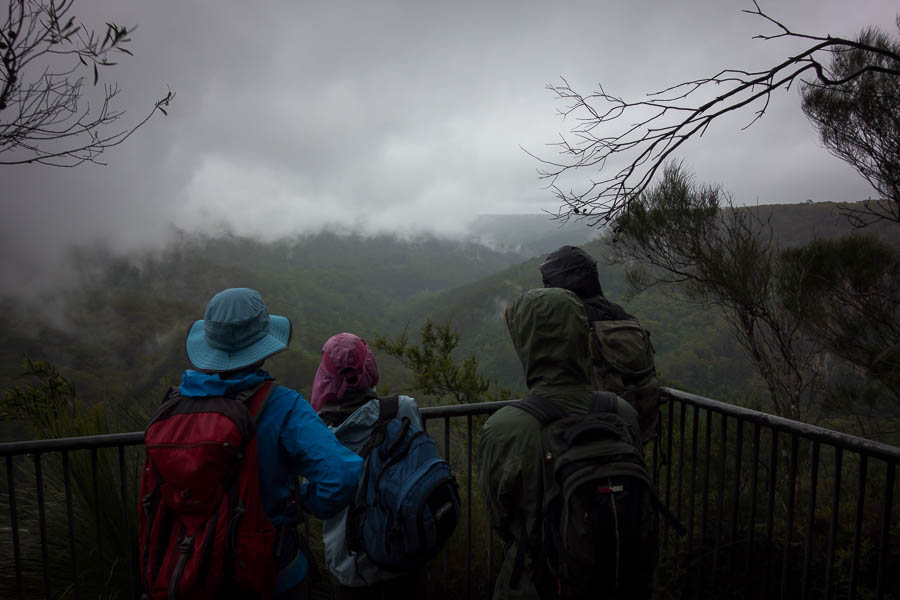 But by the time we got to our final lookup, before starting to descend, the rain had well and truly set in 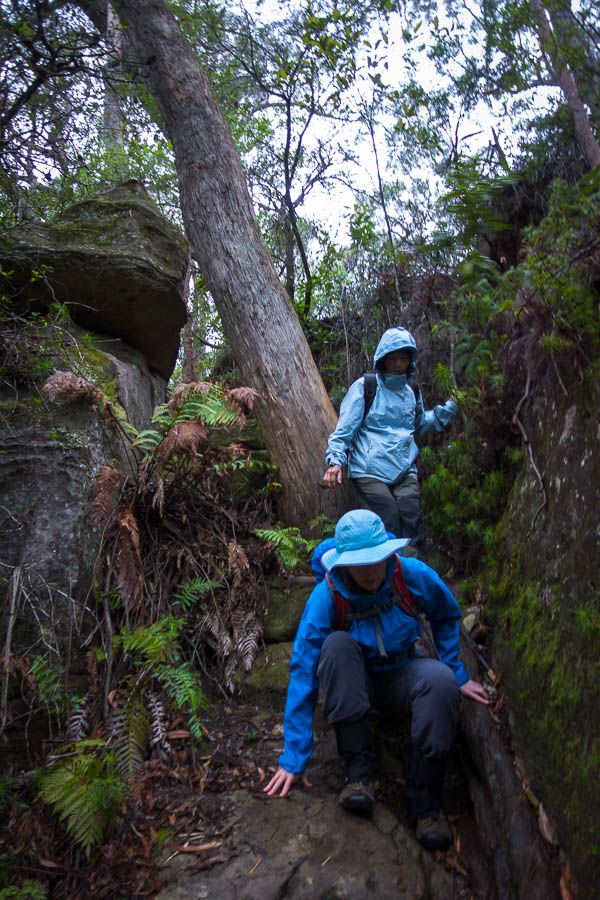 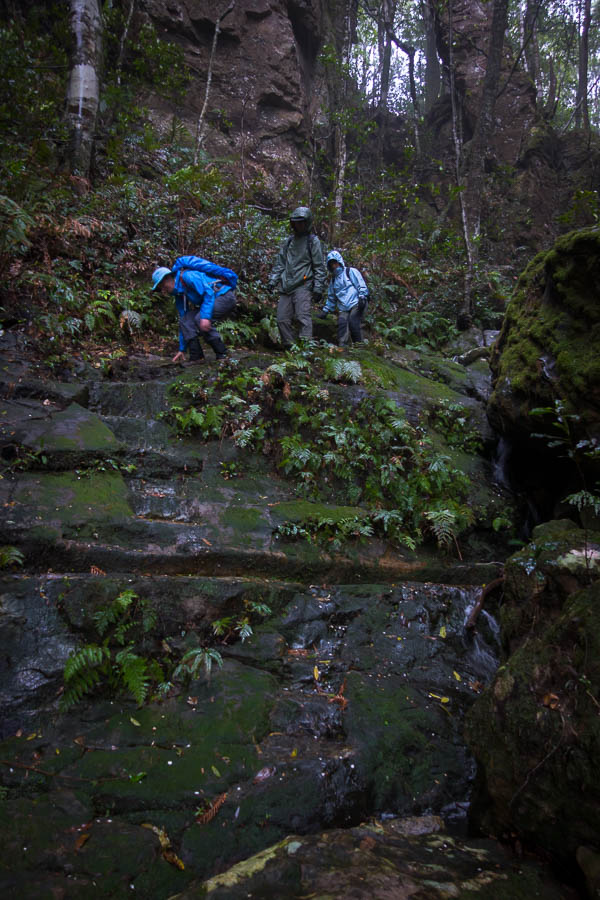 Missingham Steps are impressive (if not in step with current thinking) 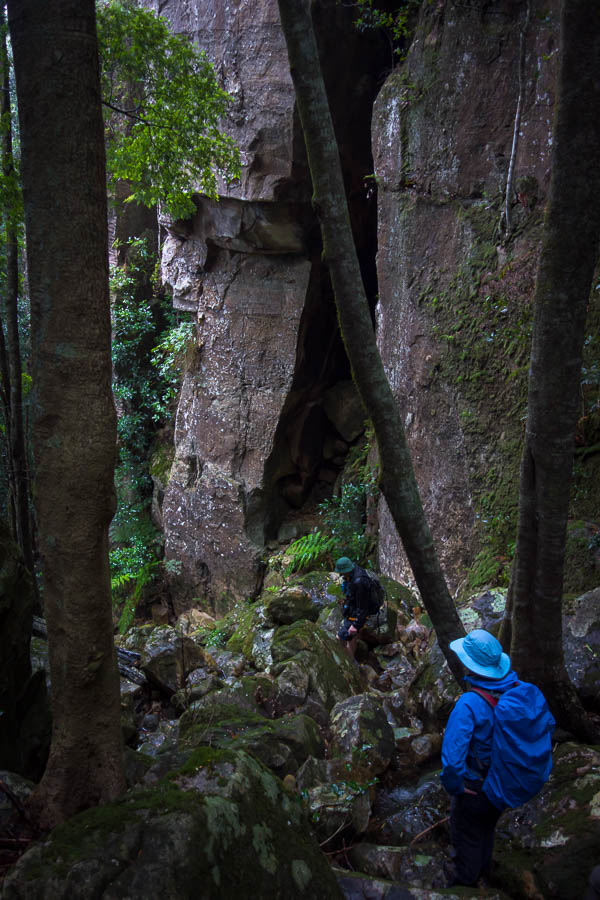 Continuing down the steps (or rocks as necessary) 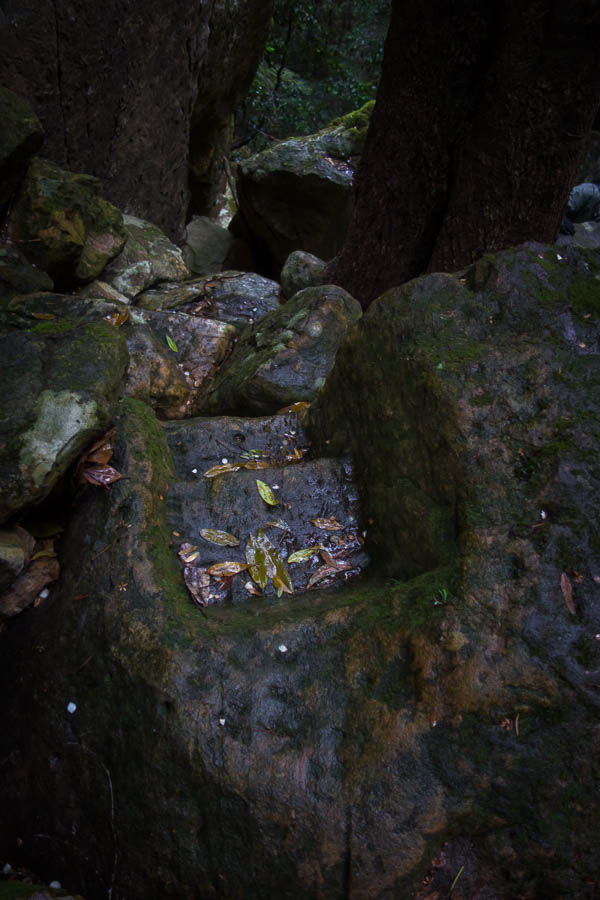 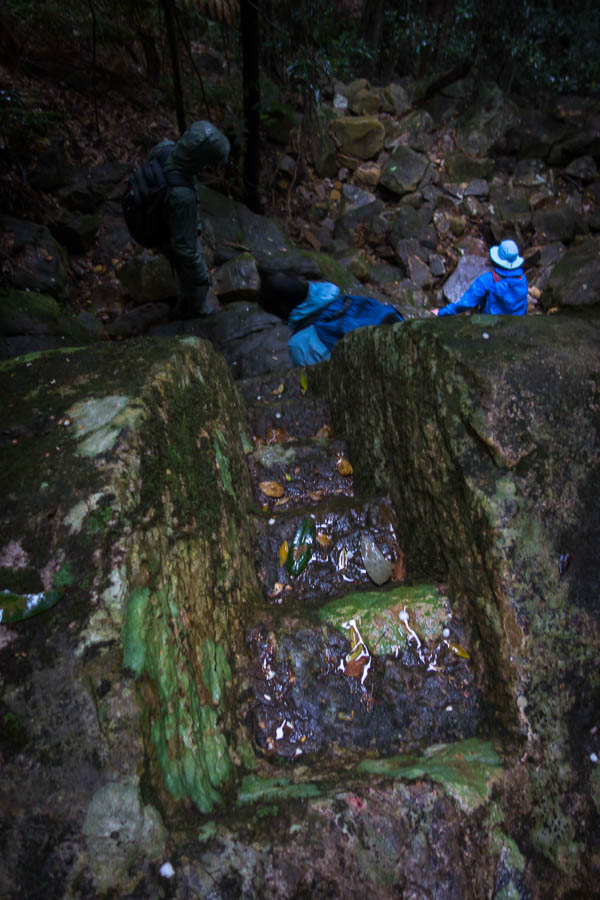 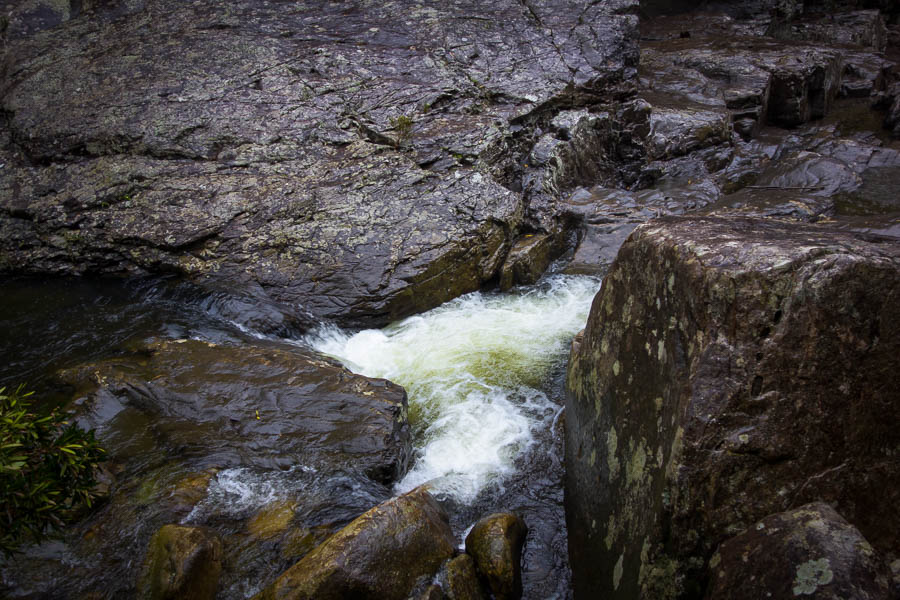 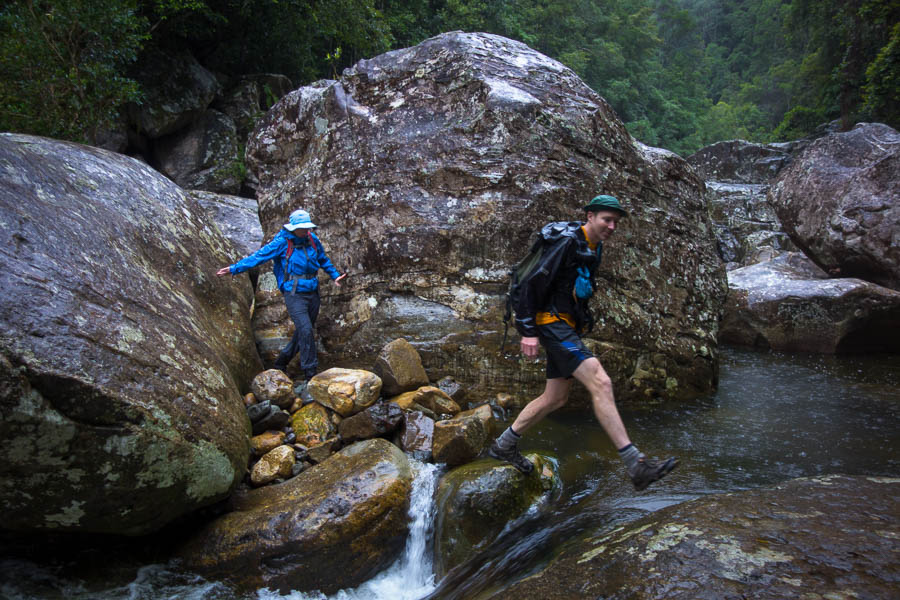 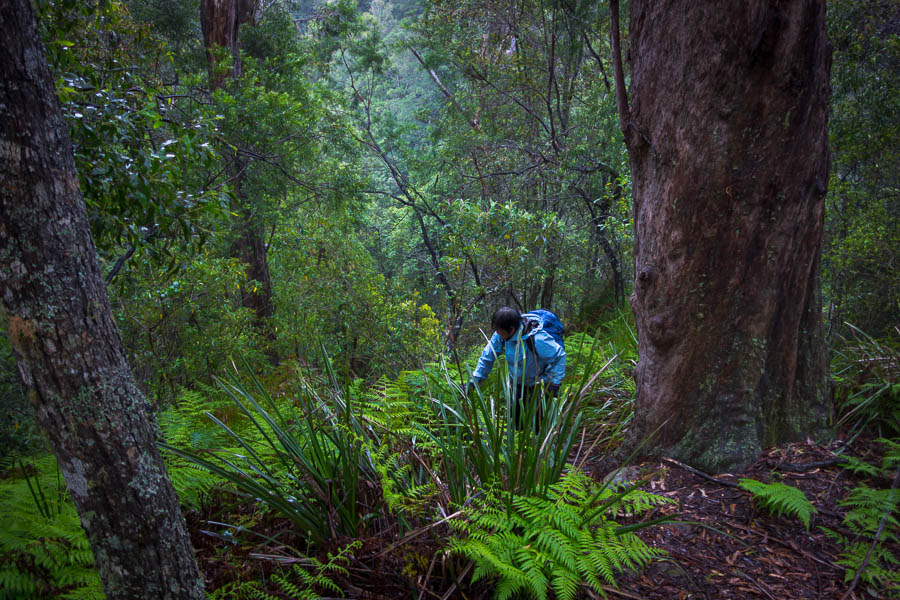 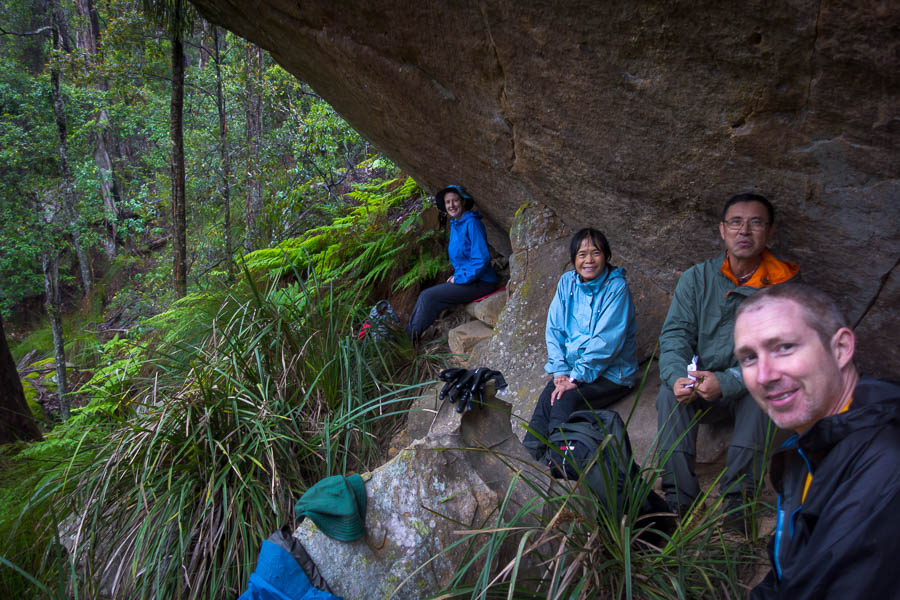 Crowning glory of the day – a dry overhang for lunch! 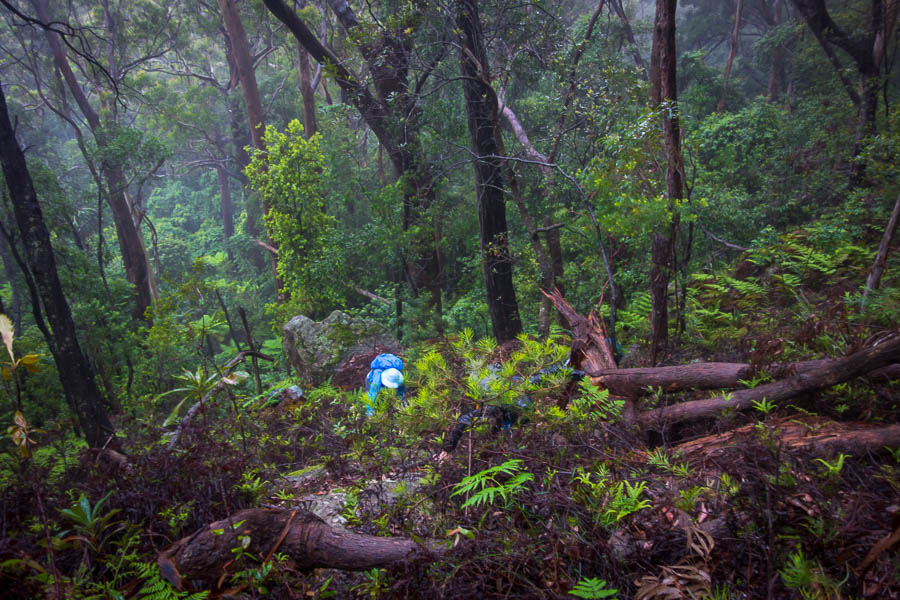 Some bush bashing before we picked up Stevo’s Track 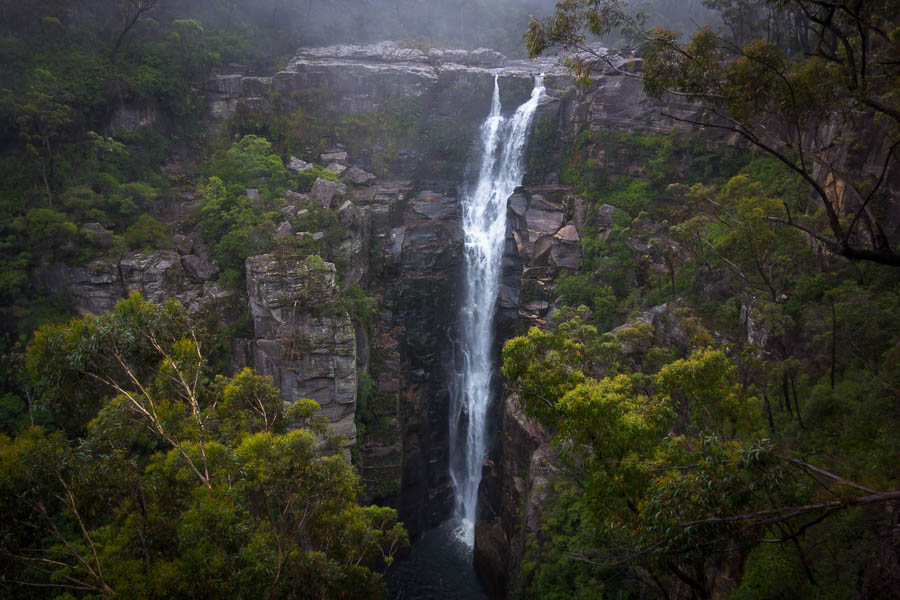 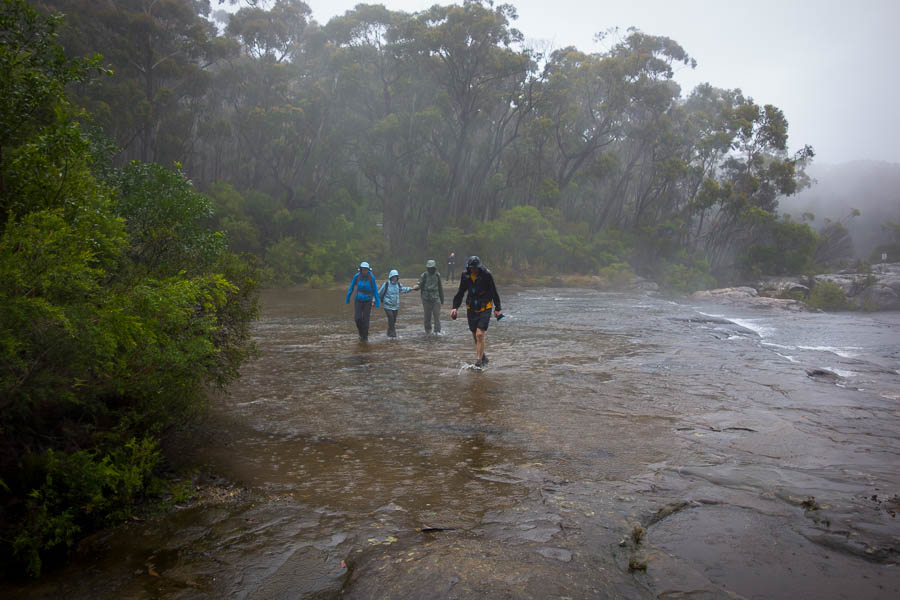 The final crossing of the Kangaroo River

Back at the cars, soaked and cold, we beat a hasty retreat to the Robertson Pie Shop. Fortunately the rain did stop and we had a wonderful evening at the Club’s annual camping weekend.