10 years later, another party in a cave, this one a bit more work to get to! Tom & I decided to avoid the out and back walk by pioneering a new route (for us) in. We started the day with breakfast at the Kanangra Walls lookout which was lovely and were walking by 8am. 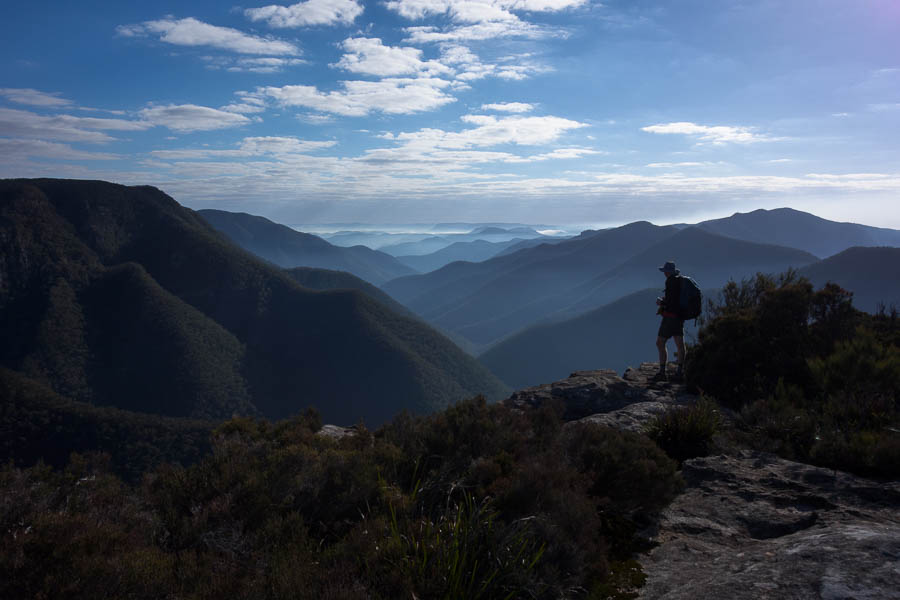 I’d been meaning to get to Pages Pinnacle for many years but I was a bit disappointed on approach. It was slightly more interesting once we got on top and scrambled up on one of the large rocky outcrops. I made things a bit tricky for myself by stuffing apples in both pockets and then trying a beached whale manoeuvre to get up on top. 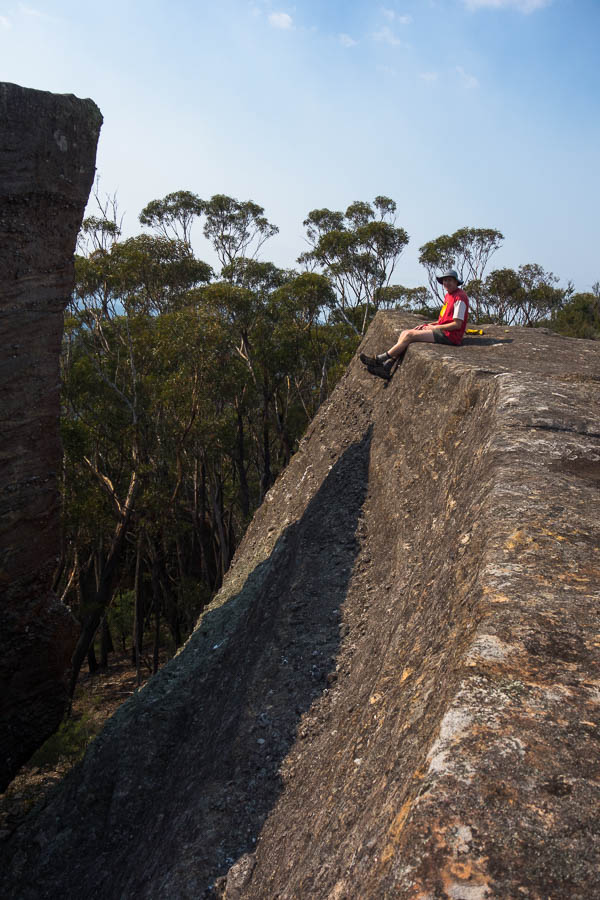 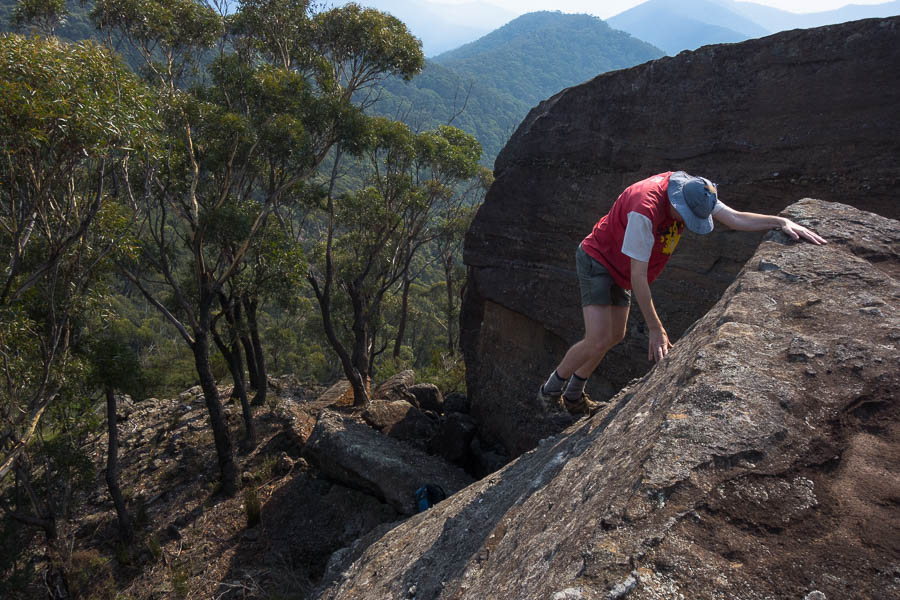 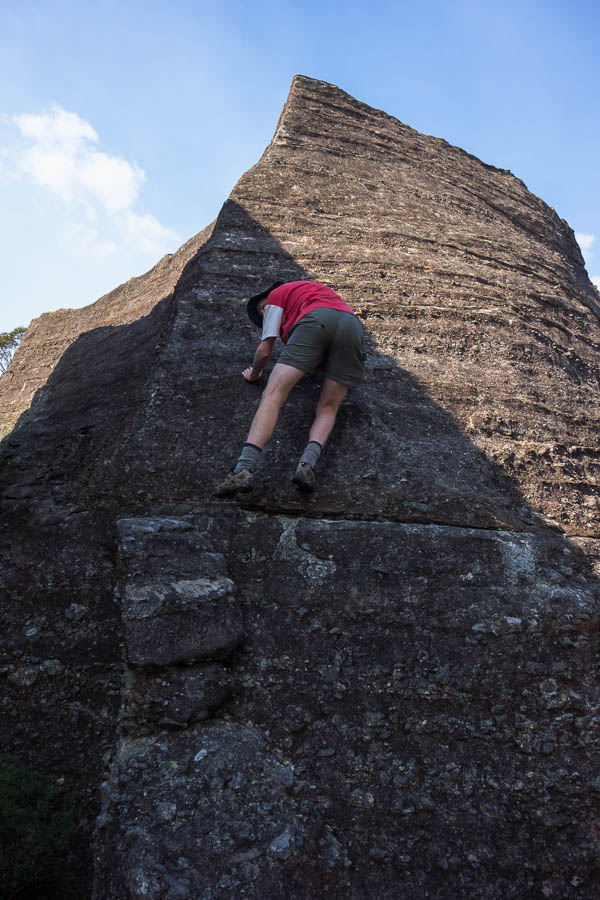 After morning tea we descended 600m via Crafts Ridge down to Gingra Creek which was very weedy. 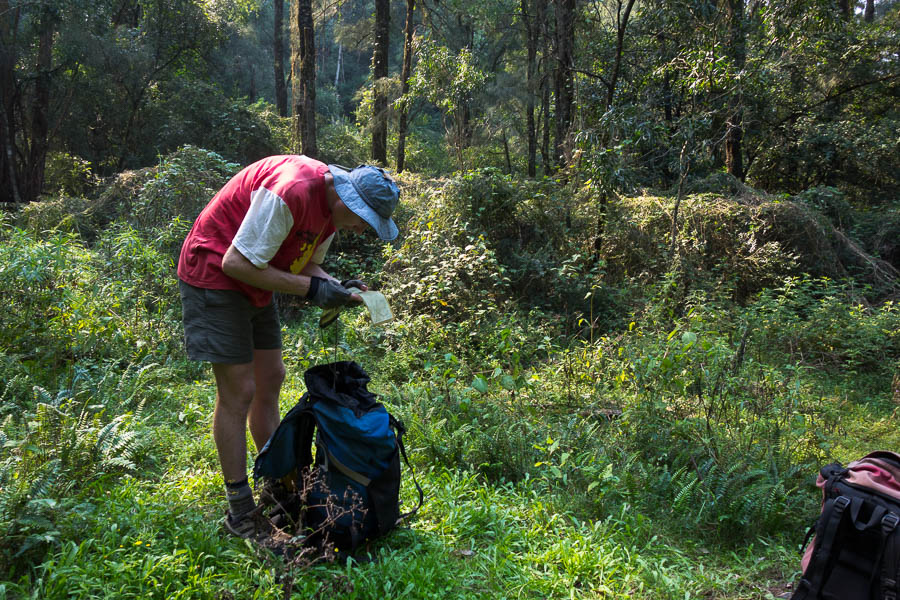 Hmm. How do we get out of this weed infestation?

After a few minutes we managed to pick up the Old Cedar Road which was reasonable going above the creek until we lost it. 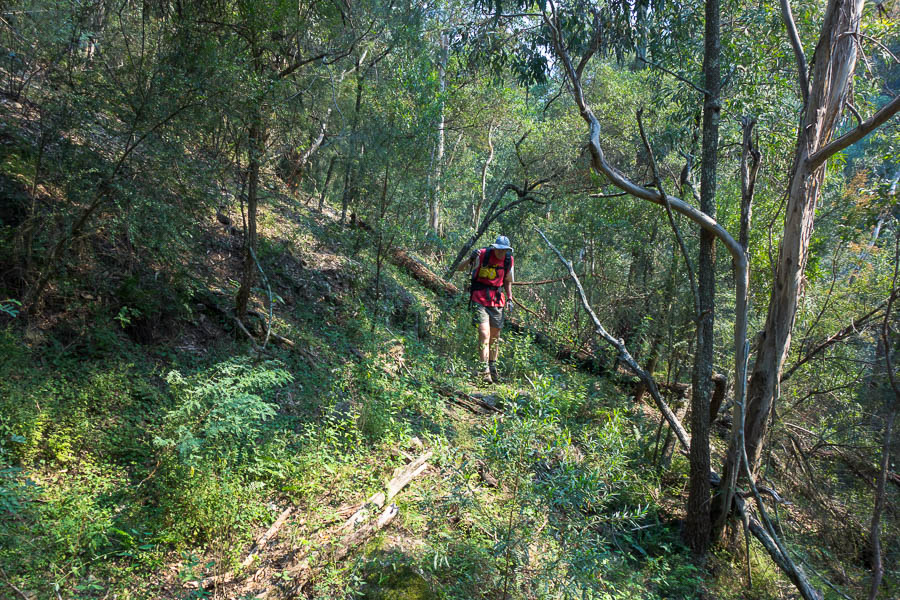 Sick of sidling we descended into the creek and stayed in it until it was time to ascend. The rocks were quite slippery but at least we were away from the thorn bushes and weeds. 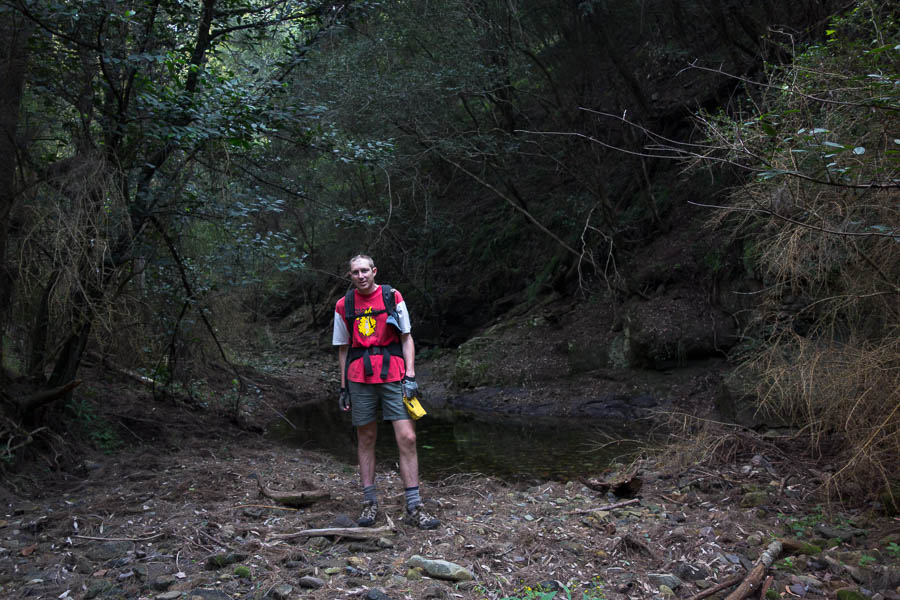 But then we reverted to the creek

From the creek we had a 600m climb up to Ti Willa Plateau. I was feeling great and raced up the first 250m but was then a bit disheartened when I realised that was all we’d climbed. The vegetation got worse as we got higher, and we were tiring so the last half hour was a slog. Tom was joking about whether Caoimhin & others would be at the cave when we got there. My response was ‘of course!’, given we were going to arrive after 5pm and their plan had been to get there about 3:30pm. 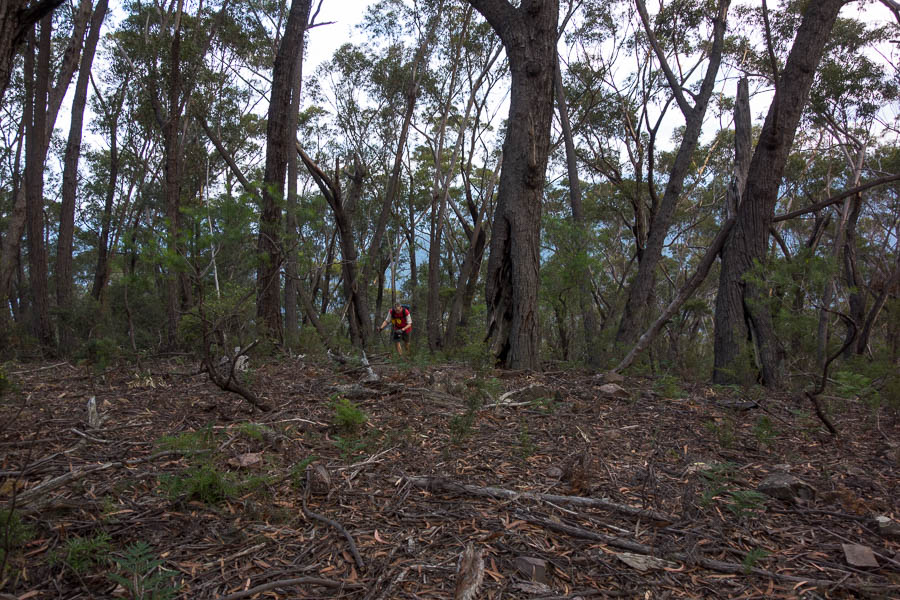 Near the top of the ridge

It was very quiet as we approached the cave. We were the first. We seem to be making a habit of this. Hopefully they weren’t in the wrong cave somewhere else! We set about gathering firewood and a few minutes later heard voices. As is often the case with large, disparate groups there had been a late start and things had taken longer than expected. Nevertheless everyone was happy to be there and it wasn’t long before we were settled in around the fire. 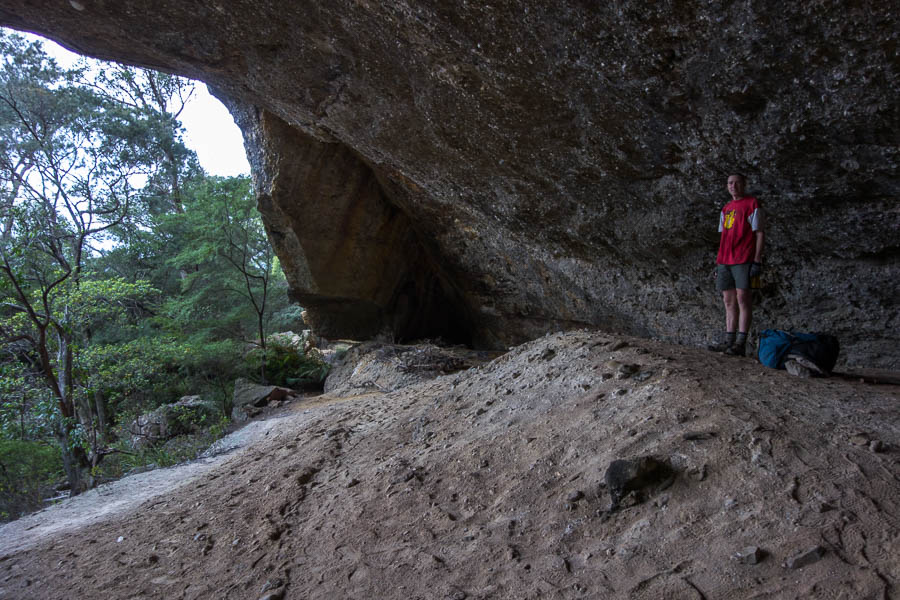 At the cave. But where is everyone else?

Everyone fulfilled their duties to the birthday boy by performing a poem or song and then it was time for bed after a big day. Sorry, before bed it was time for cake, peaches and custard! 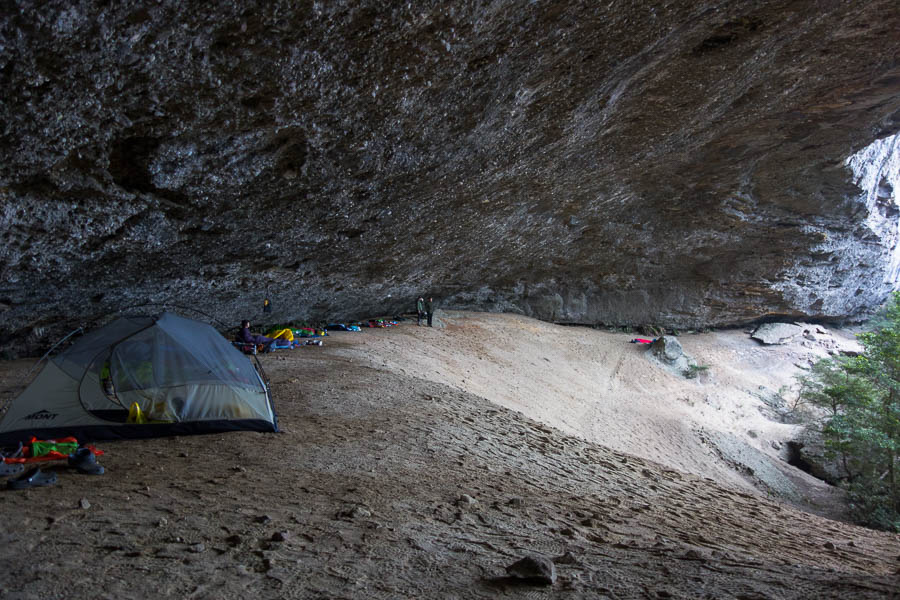 The wake-up call was the Happy Birthday song on the recorder (sadly no snooze button). Breakfast also involved peaches and custard, sadly standards had slipped in 10 years and there were no pancakes this time. Most people a little scarred from the previous day decided an early start was in order to avoid a late finish. We were the last ones away at around 8:30am. 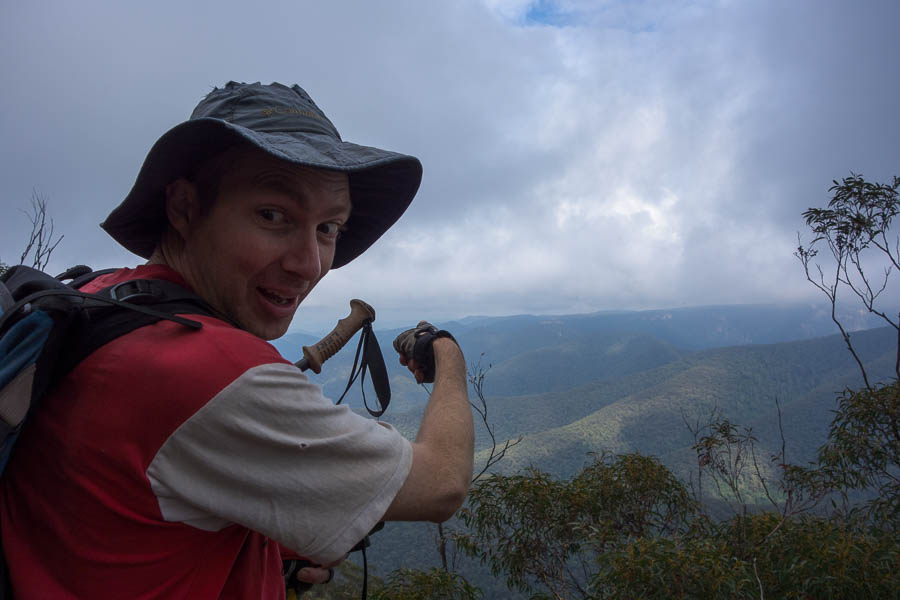 Check out that view! 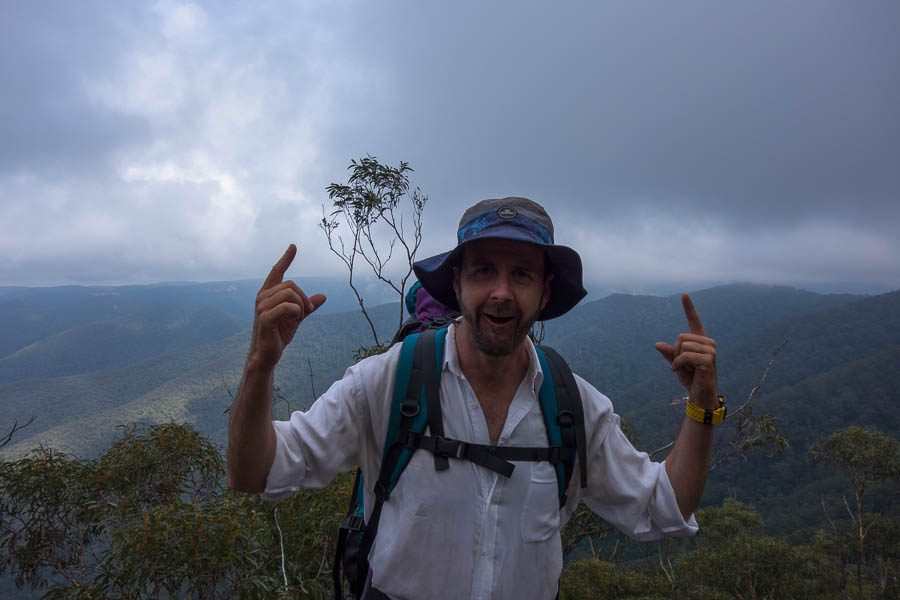 Caoimhin pointing… maybe not at a feature this time!? 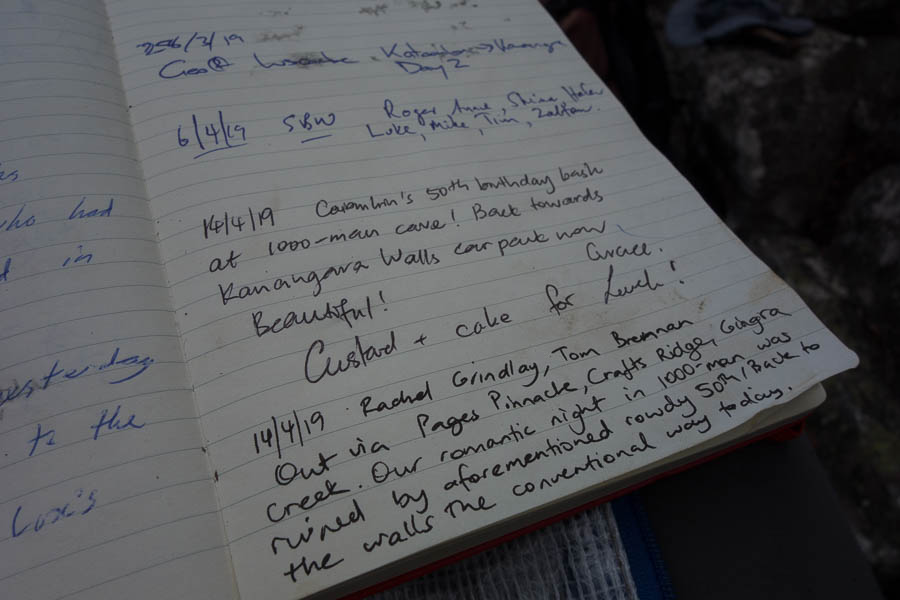 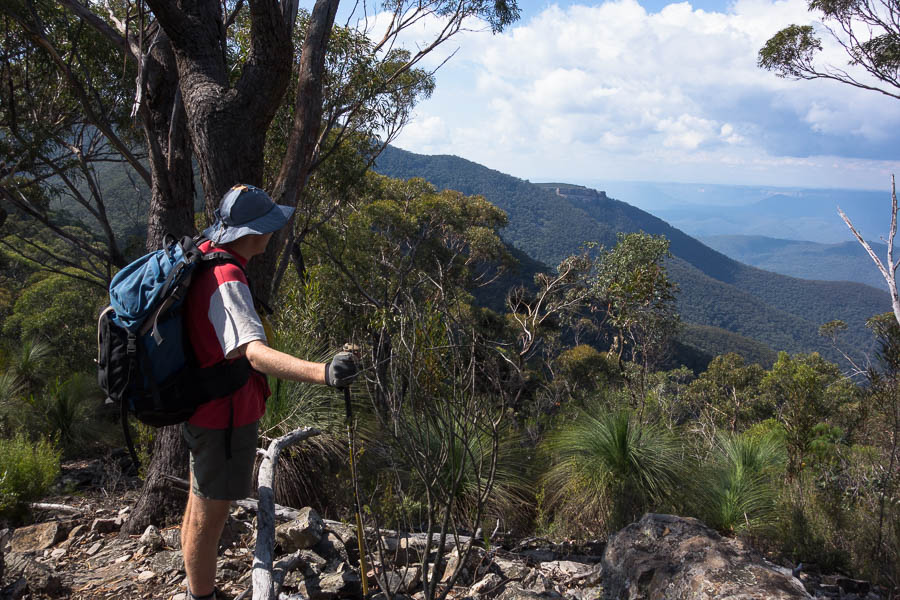 Views back towards Ti Willa Plateau 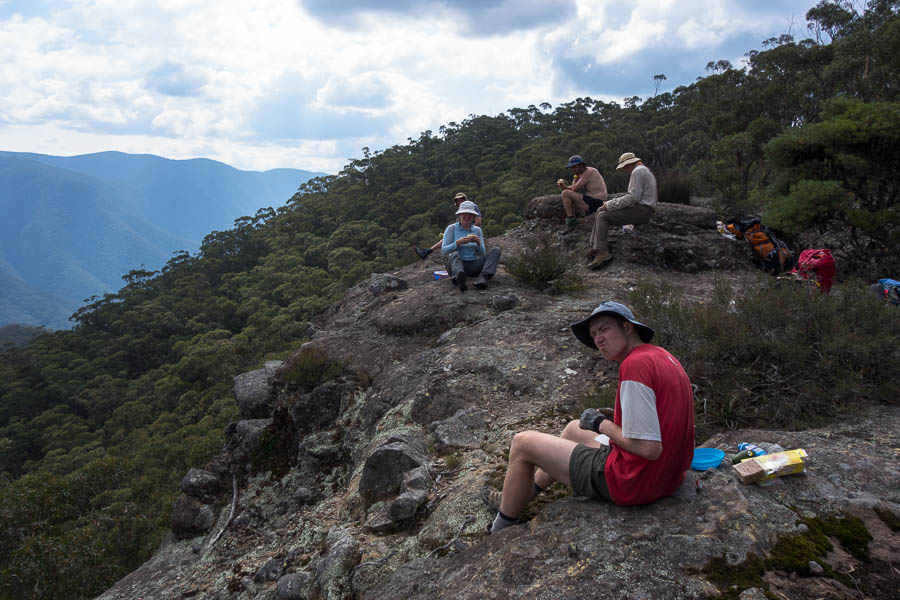 Tom grumpy about something (being asked to smile?) 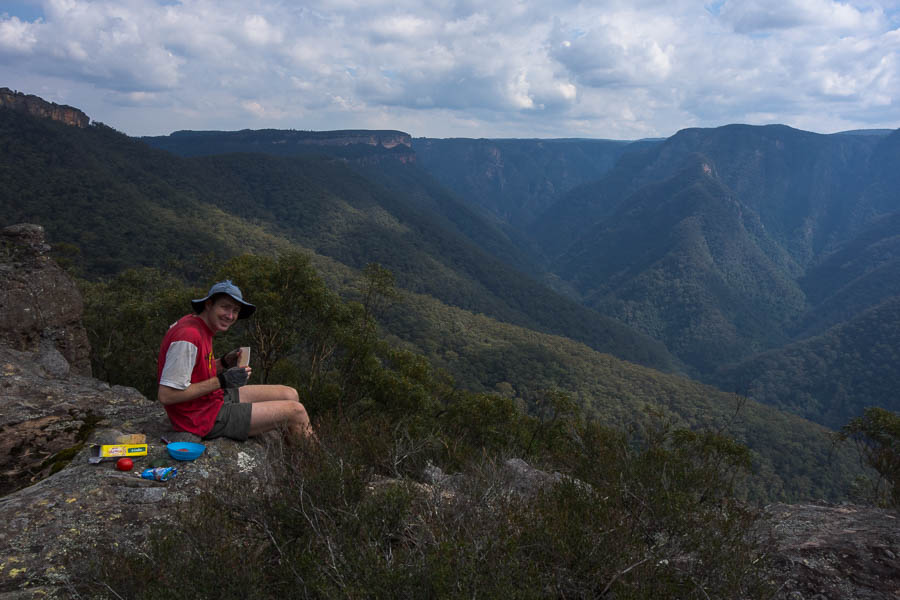 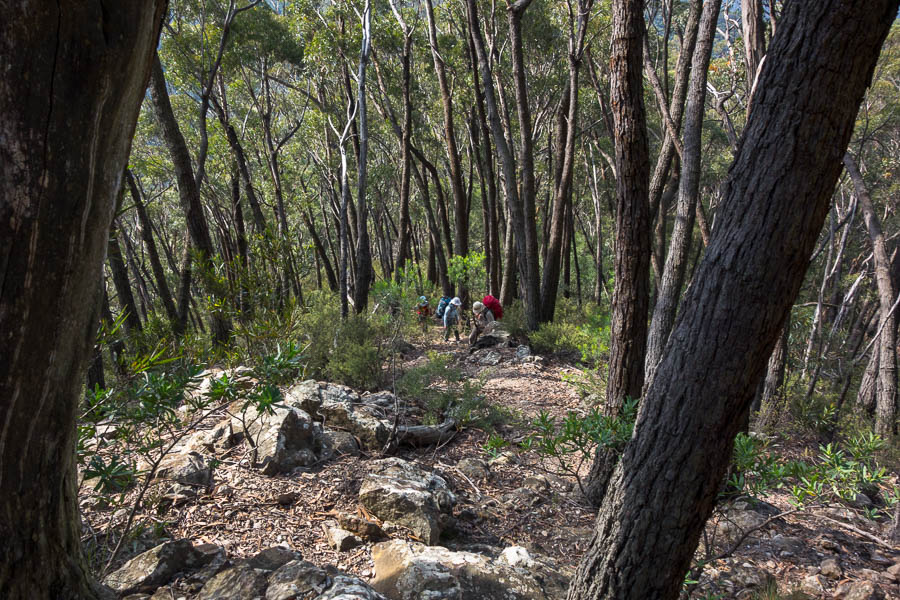 Climbing up from Gabes Gap 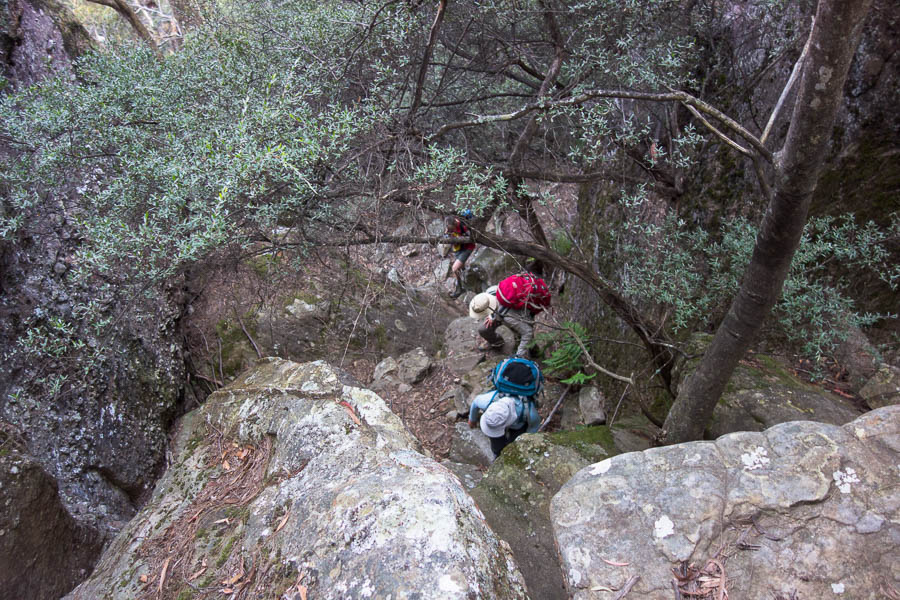 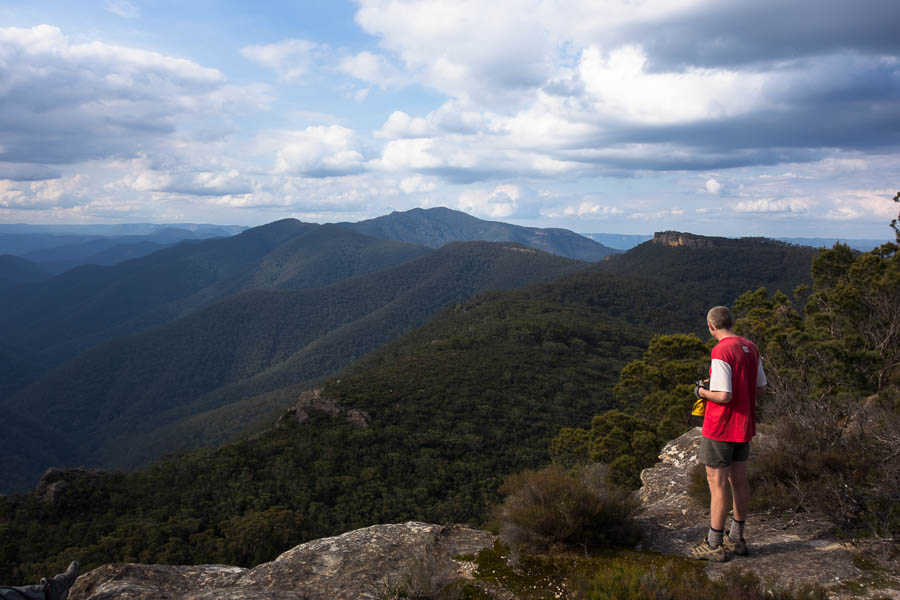 Never get sick of this view

The walk out was fairly uneventful other than the somewhat common issue of someone ending up on the coal seam cave track instead of at the Walls, fortunately self-corrected and we didn’t have to send out a search party. A great weekend in the bush – looking forward to seeing which cave we’re going to in 10 years time.