The day dawned cold and still which was a relief compared to the 60km/h winds that lashed the area on the previous weekend. It was so cold that the surface of Megalong Creek at the Old Ford Reserve was sheets of ice when we drove past! The sun was out and provided warming comfort as we did a round of names at Dunphys Campground.

We set off with a steep climb up the Bellbird Ridge Firetrail. It wasn’t long before we reached the spur leading up to Glenraphael Head. A few layers came off and then we were off into the bush. The initial spur is easy off-track walking but once we’d got to the steep section below the cliffline we were thrust into a whole new world of scrub. The scrub combined with loose rocks underfoot slowed our progress but eventually we made our way round to the gully containing our pass. Morning tea was taken in a beautiful, if shady, tree-fern lined gully so that we were fortified for the scrambling to come. Conveniently I don’t have any photos of the scrub bashing leading up to this point so it can’t be proven 🙂

Not having done the pass before I was not entirely sure what to expect. I’d reviewed some photos from other trips but they didn’t quite line up with what I’d imagined. I scrambled up first with the intention of setting a tape but the rock was so friable I couldn’t find anything to anchor it on. Tom then attempted a body belay but in the end most of the party scrambled up without any assistance and the remainder took the lower ledge route around. 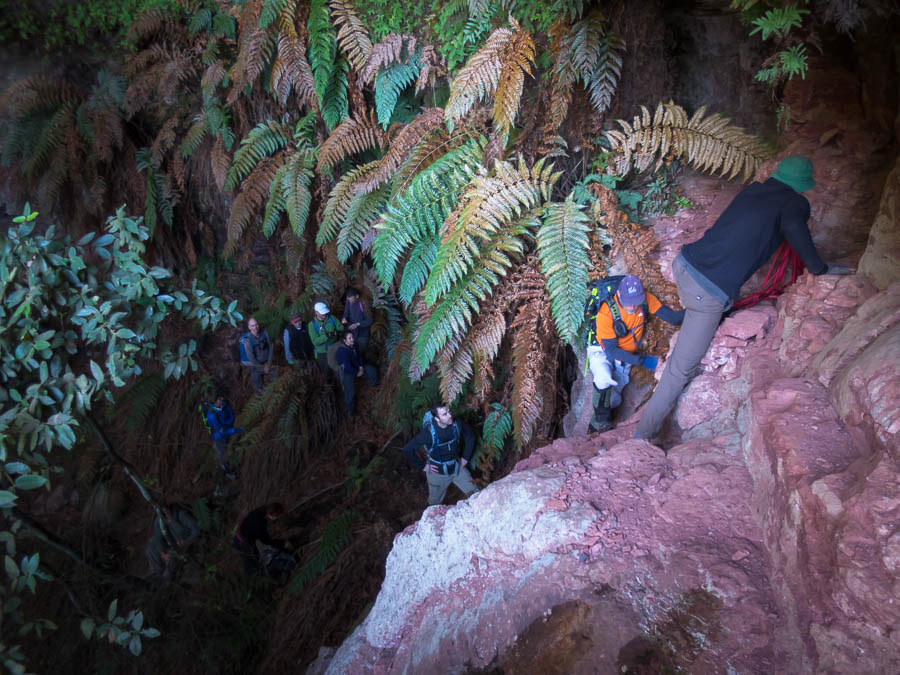 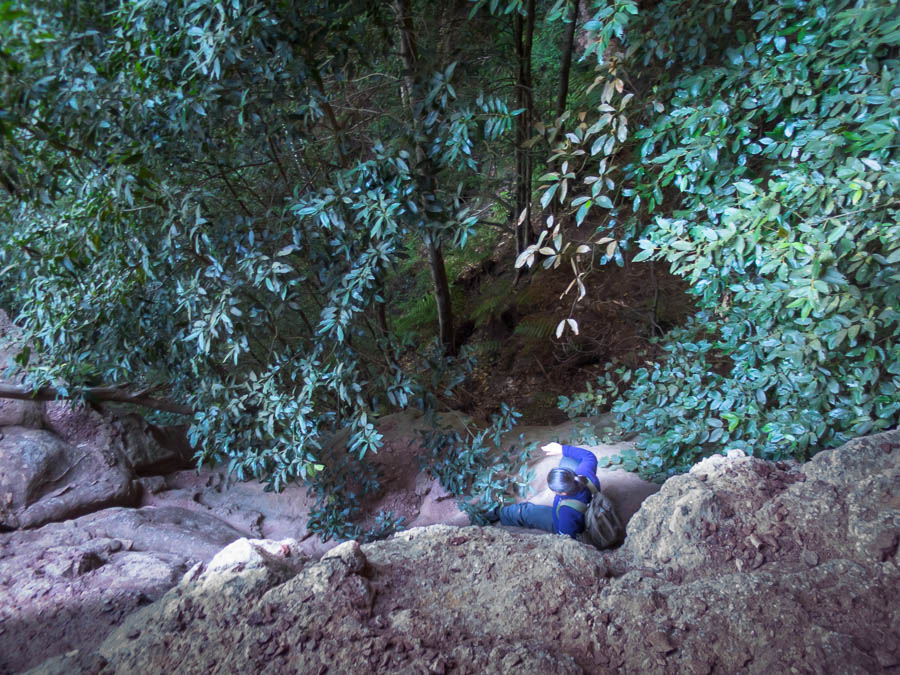 With the tricky bit done we were then treated to lovely views out into the Megalong Valley as we traversed around on half-way ledges. It is only after reviewing the photos back home I realised we didn’t sign the log book! (though Tom tells me he did briefly look for it and didn’t see it) 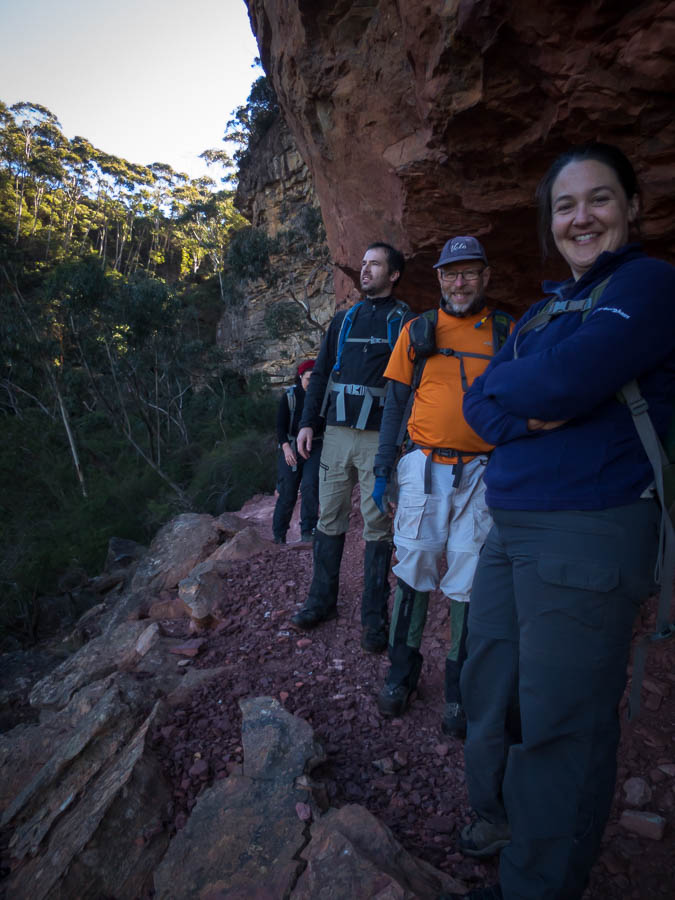 There was a last section of bush-bashing to come to get out of the final gully and around Glenraphael Swamp to the fire trail. Some wombat-style crawling got us under the banksia on to the tops and then Tom managed to pick up an old pad which made things slightly easier. We had lunch at Clear Hill savouring the magnificent views over Lake Burragorang and beyond. 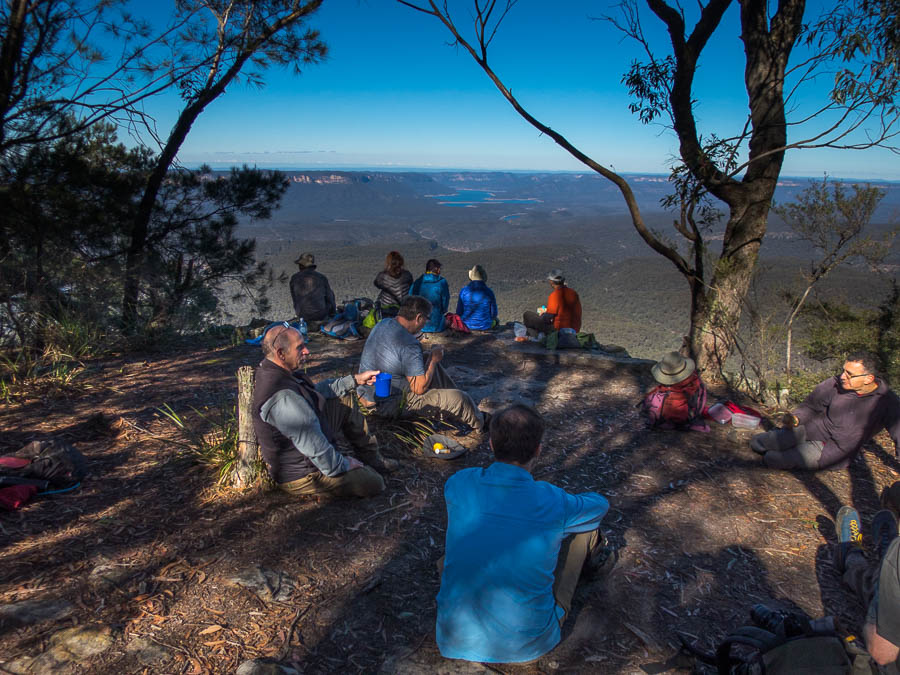 After lunch we descended via Tarros Ladders. Tom went off to explore the Wallaby Track (successfully) so he got to do Tarros Ladders twice. The rest of us enjoyed the bush track over Mt Debert in the mid-afternoon sun. 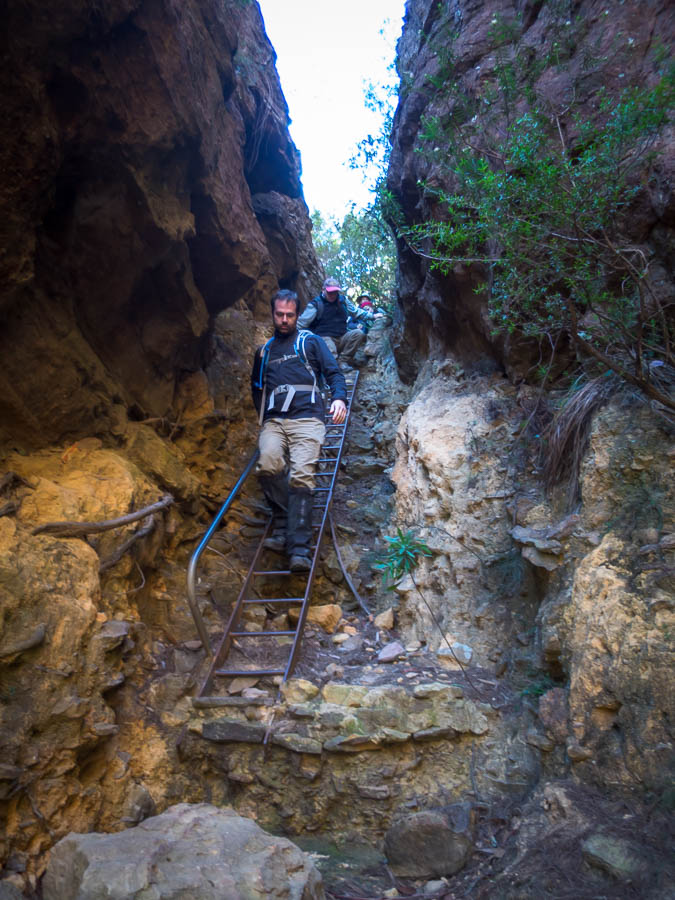 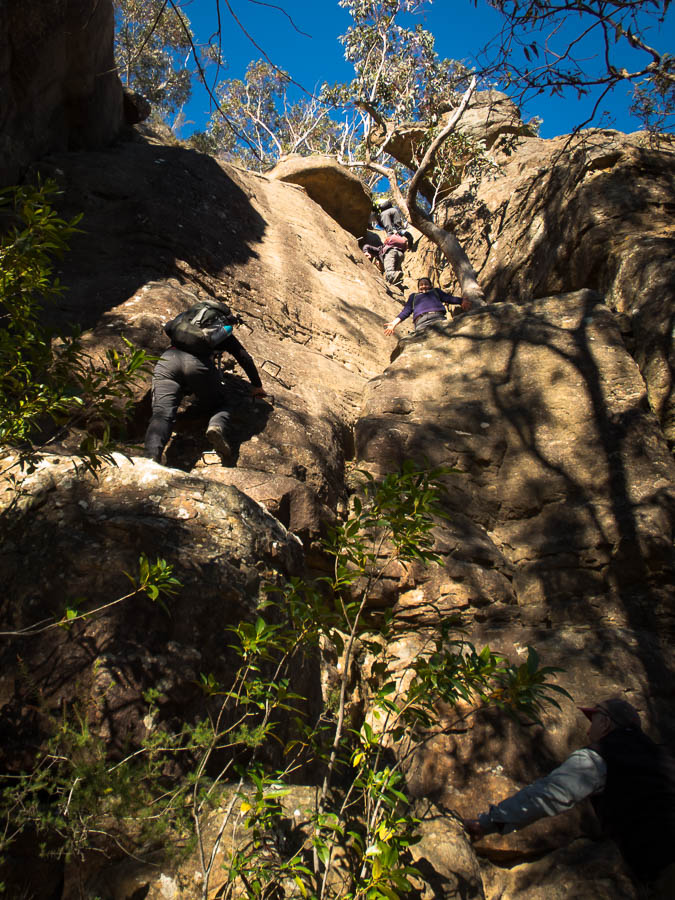 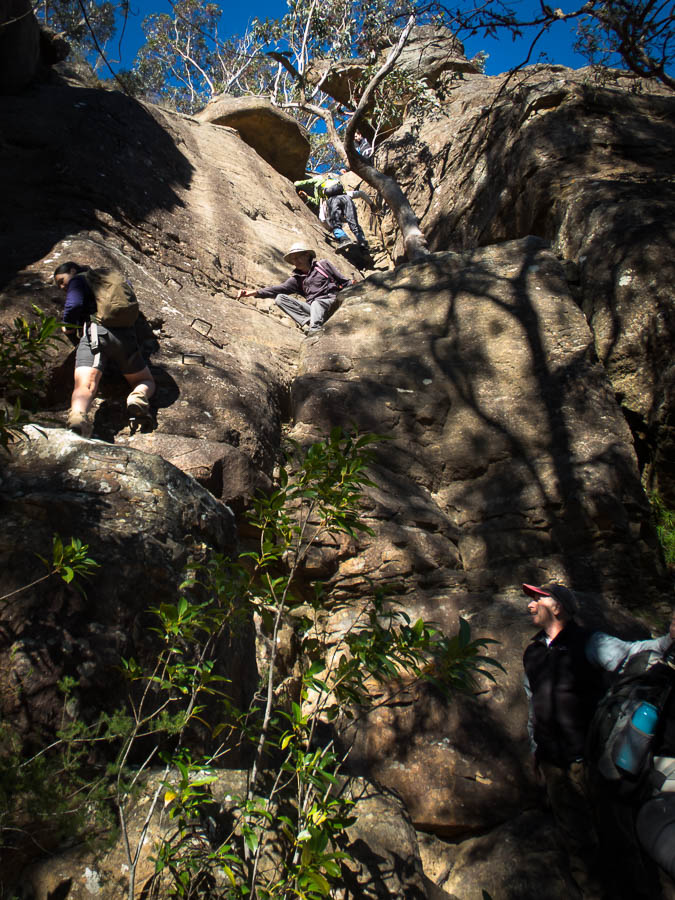 From Medlow Gap we just had a 9km firetrail walk back to the cars which went very quickly, probably due to the number of animated conversations. We got back to the cars at 4:30pm just in time to see the stunning blazes of colour on the cliffs as the sun was on its way to setting. 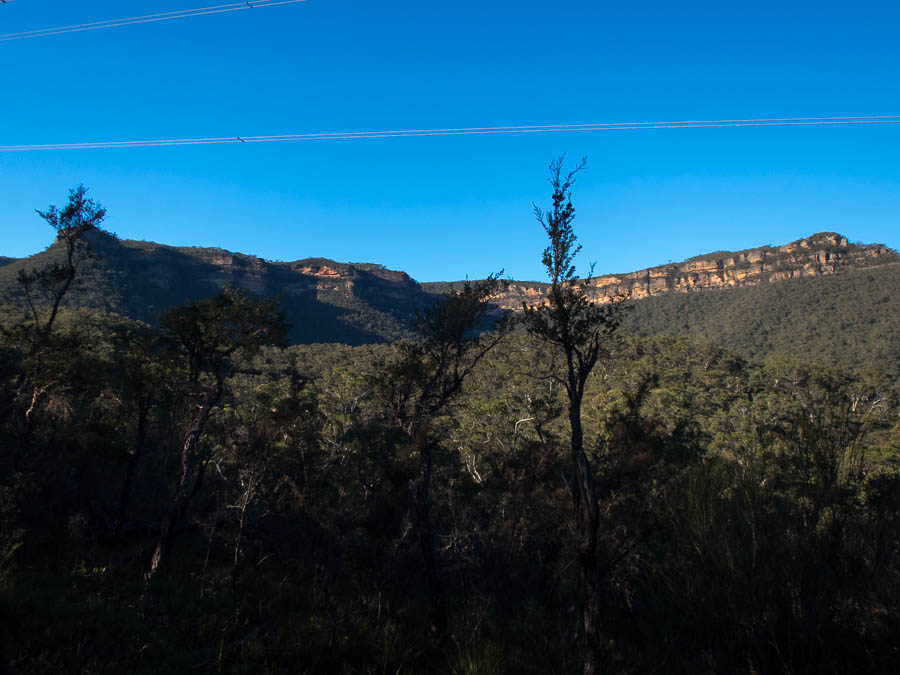 View of our route for the day, from the point below the cliffline, around to the first gully, up on to the halfway ledger, around a couple of gullies, up onto Narrow Neck, out to the end and down Tarros

Back in Blackheath half of us enjoyed some hot chips and a beverage at the Gardners Inn. A wonderful winter’s day in the bush with a great group.