With 40°C temperatures predicted in Sydney and not much cooler in the mountains Bell Creek was the obvious choice for the day. Seeming to be a bit of theme for the season it was almost 10 years since I had last done Bell Creek from the top. A couple of conversations during the week was was all it took to throw together a crew for the day. Our navigation was spot-on and we found an easily descended gully to get us down to the creek. Even though it was only 10am it was already warm and the cool air was a welcome relief. 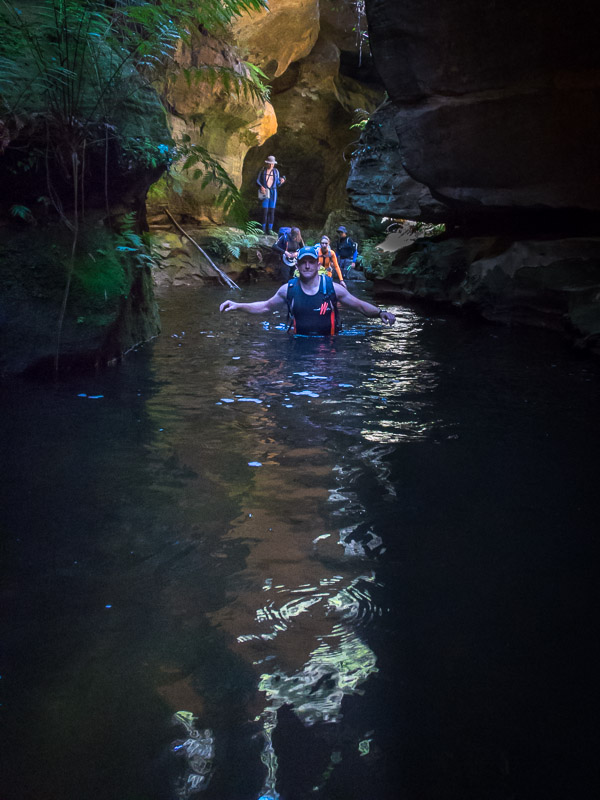 Bram leading the troops in the first wade of the day 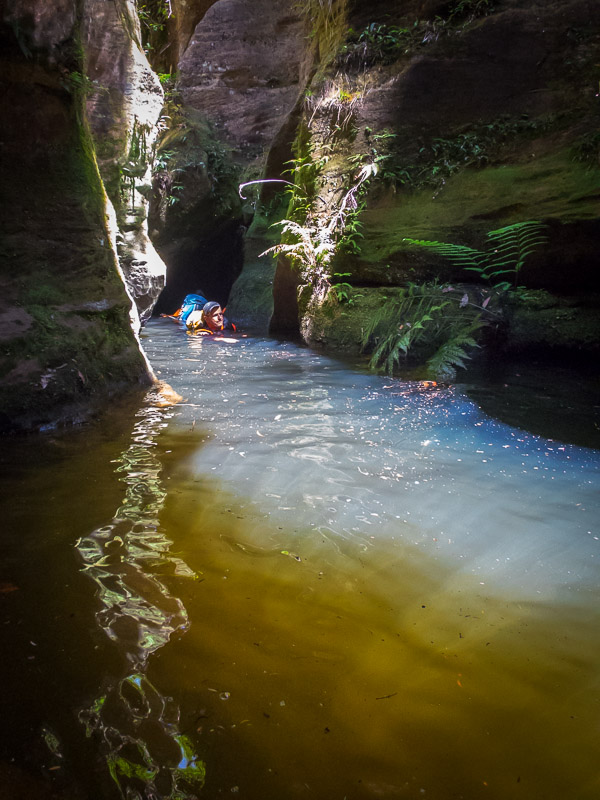 Smiffy emerging from the first duck under 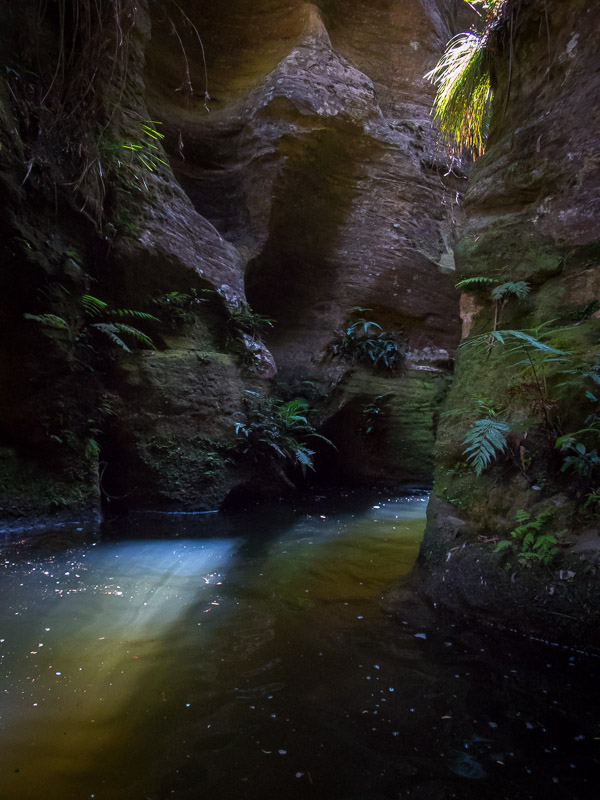 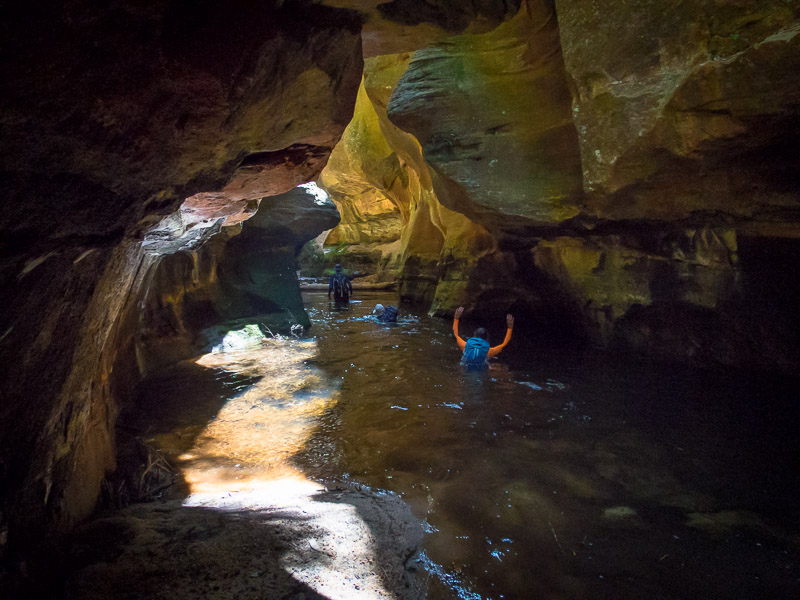 Put your hands in the air… 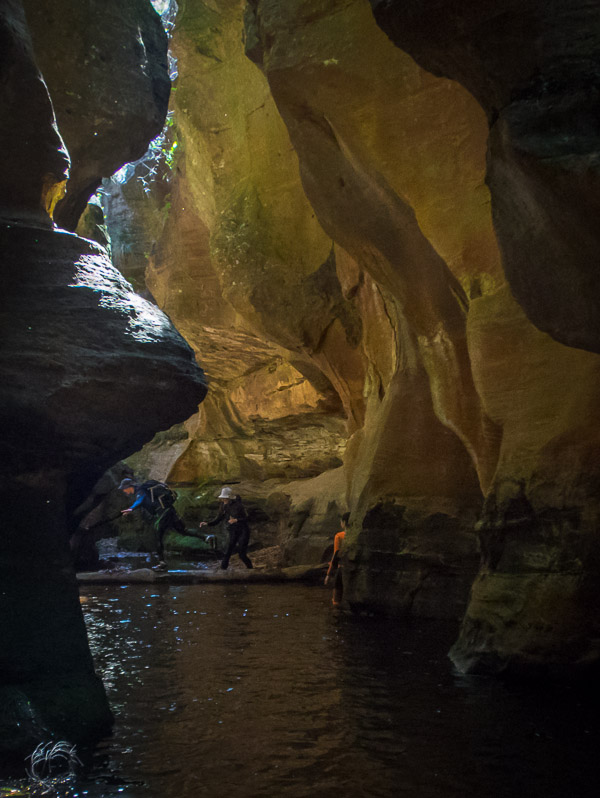 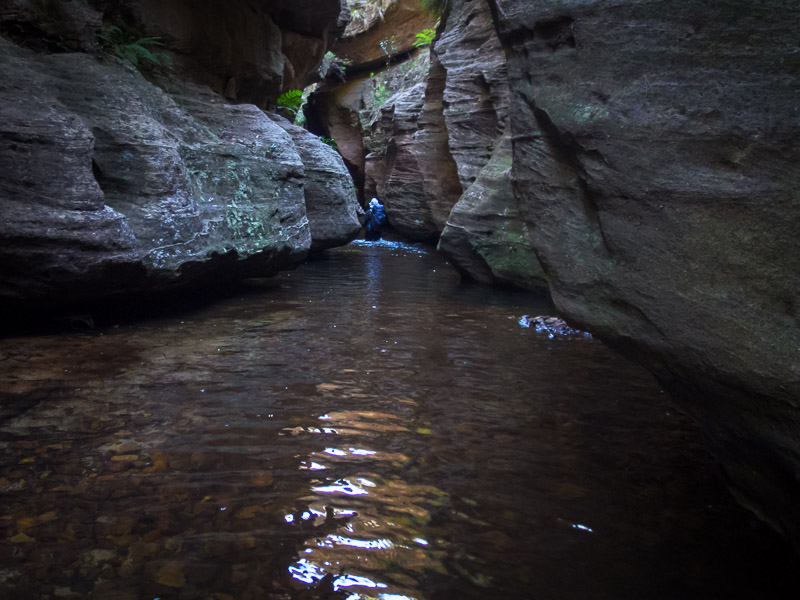 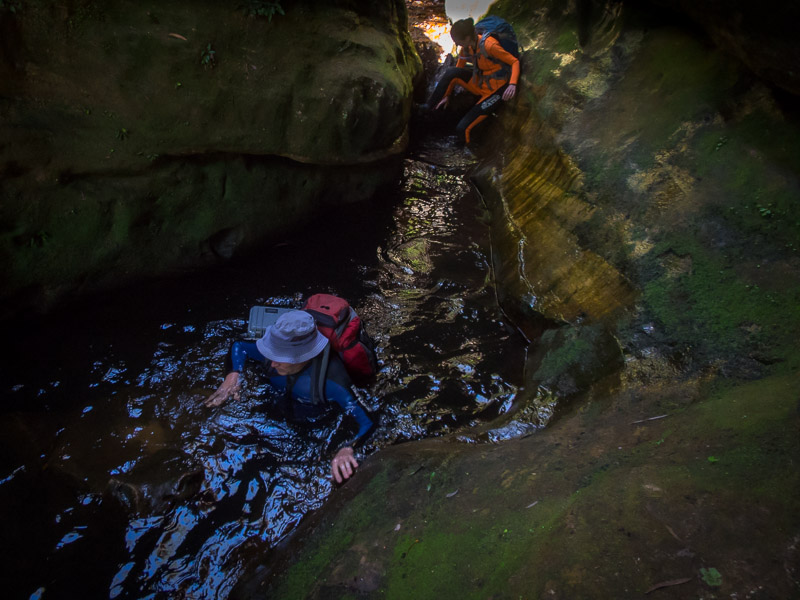 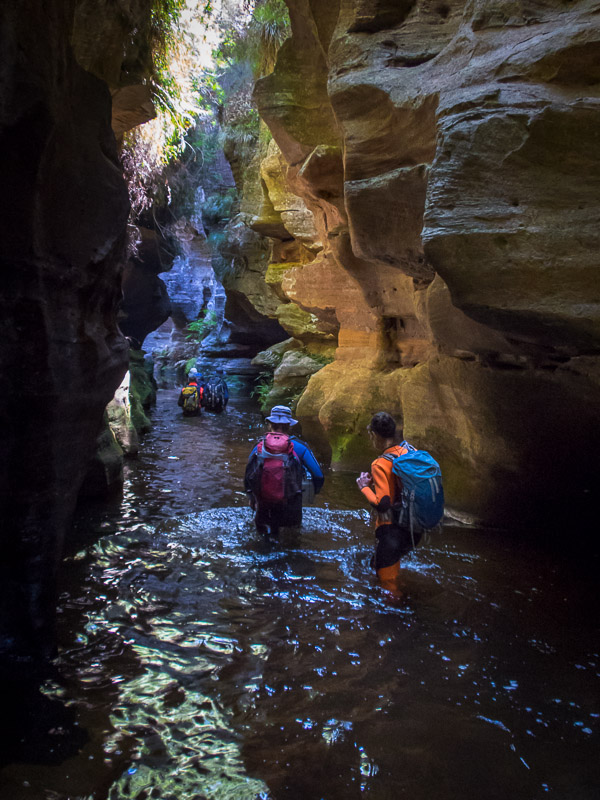 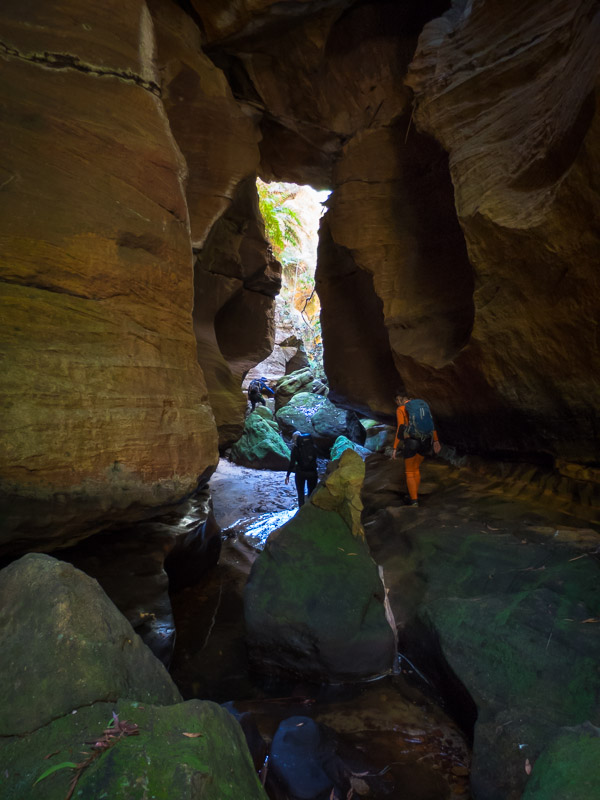 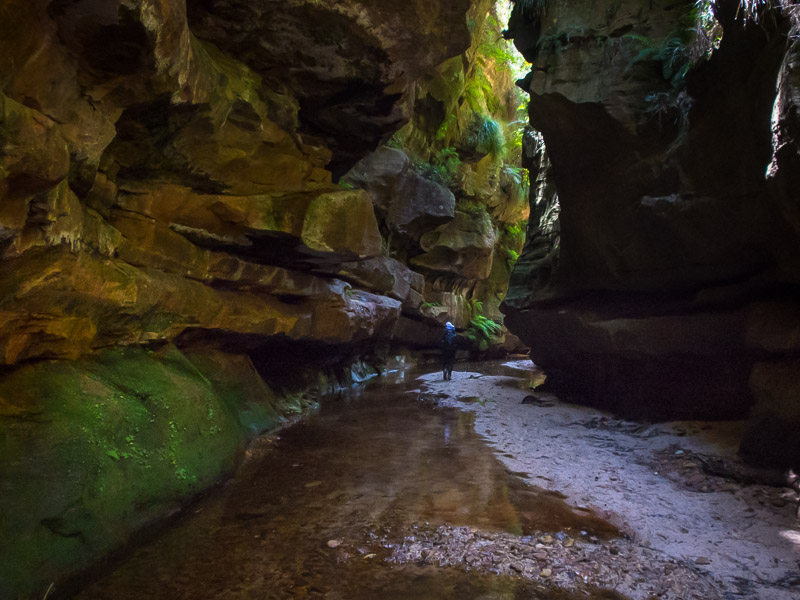 Ruby in the beautiful canyon

We had lunch at a very reasonable hour of 12:34 in the camp cave where the ‘usual’ route joins the creek. Not long after lunch we caught up the group in front of us that were also doing the full trip. 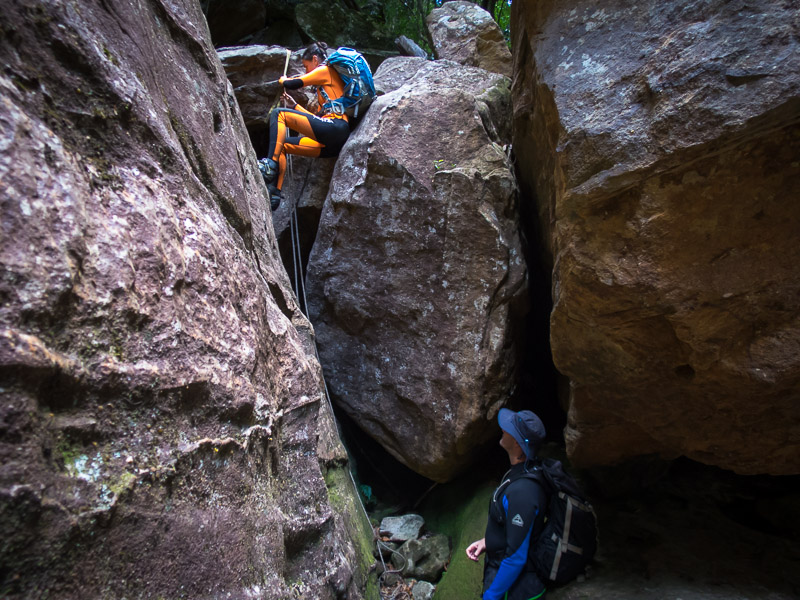 Toni hand-lining down, some of the group down-climbed on the true left instead 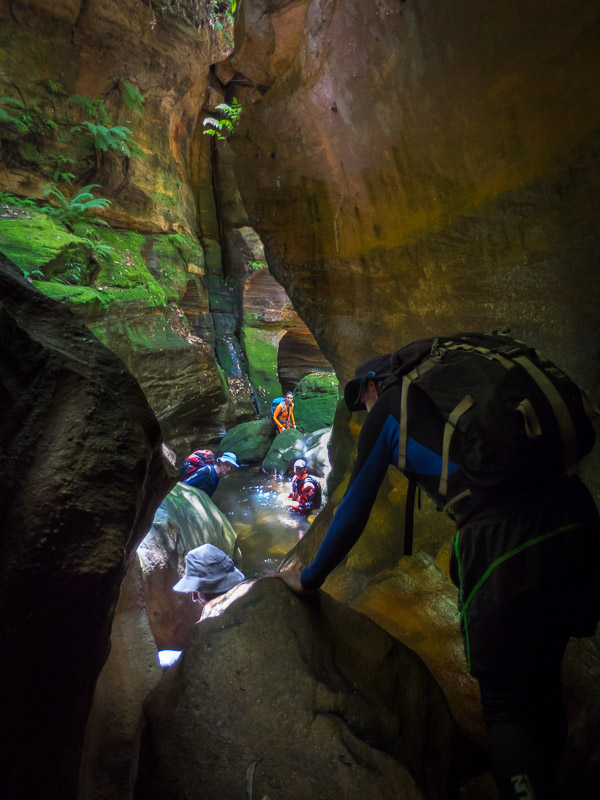 The group in the canyon 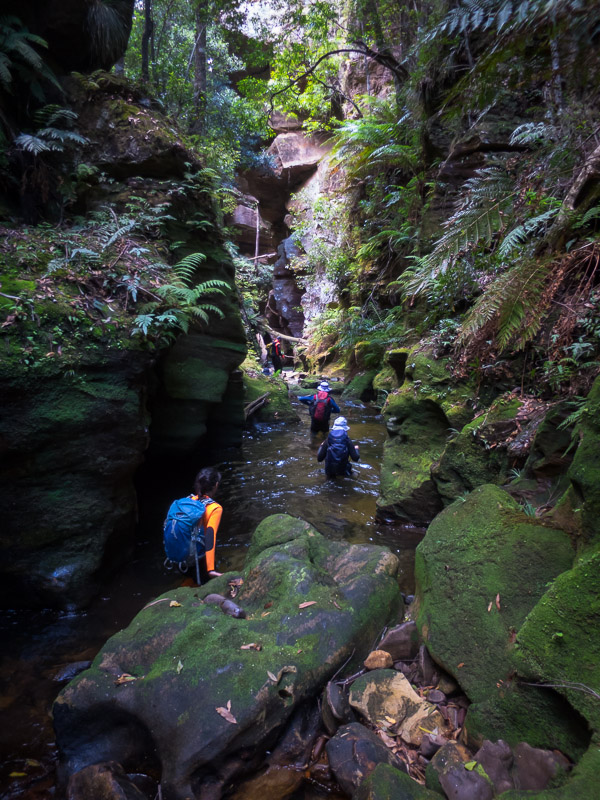 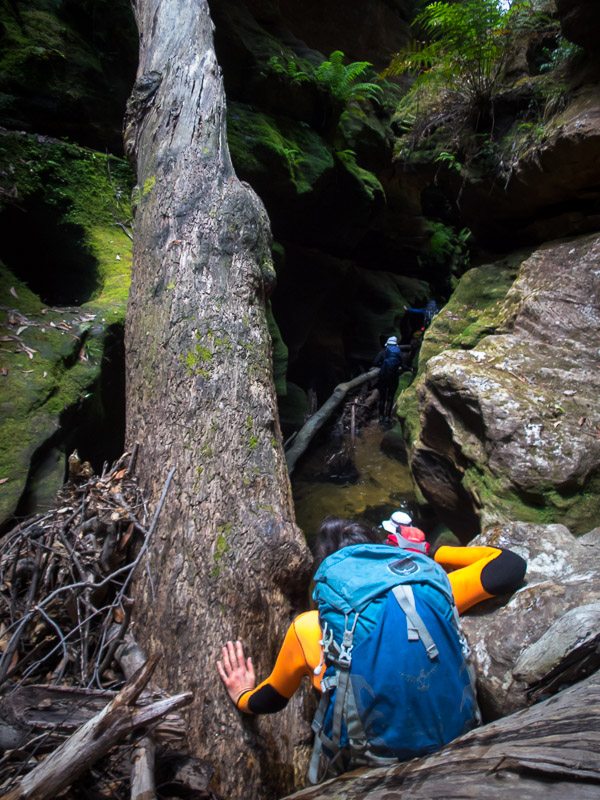 Into the deep dark lower section 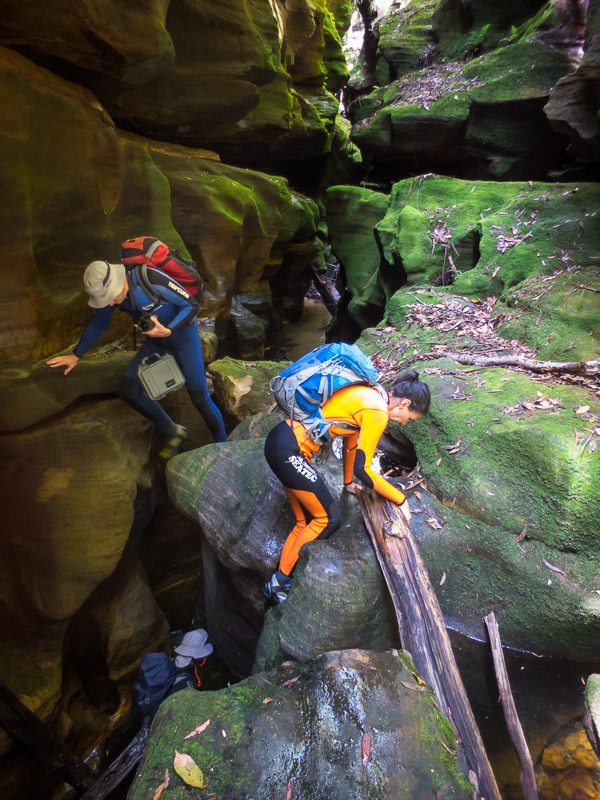 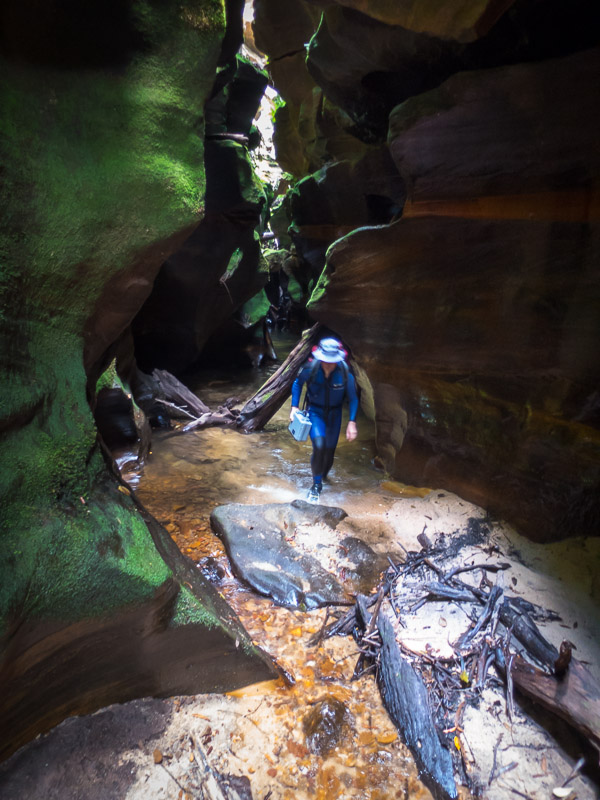 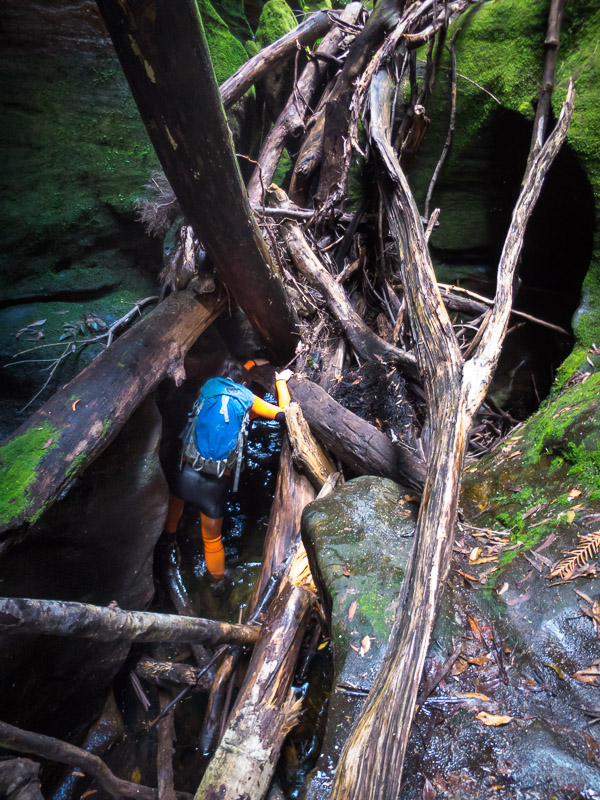 I’d brought a lilo for the lower section and Toni & Smiffy had Explorer 100s. Those who were just swimming headed off while we inflated. I was certainly glad to have the flotation, particularly so I could take photos in the deepest section of canyon. Sadly my photos from that section were all pretty blurry so haven’t made the cut. 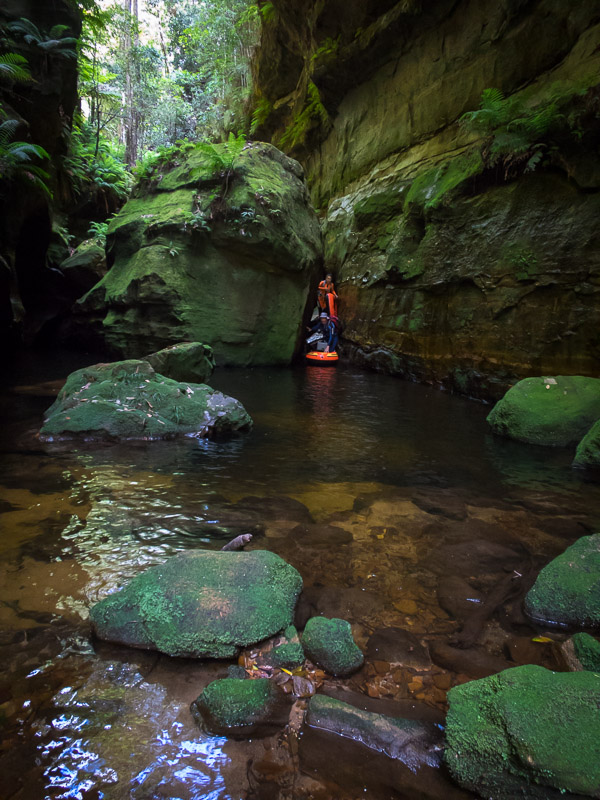 Toni, Smiffy and their Explorer 100s

There was no real incentive to get out early given the temperatures so we lazed about at the junction of Du Faurs and Bell Creeks, and then took our time taking off wetsuits at Joe’s Canyon. We saw a couple of other groups in Du Faurs.

We mainly carried our flotation through to the Du Faurs/Joe Canyon junction. At the end we were discussing whether we’d bring them again… I enjoyed having the lilo, though I’m sure I could have gone without. But without a lilo maybe I would have brought my steamer instead of a springsuit!

The walk out wasn’t too bad all things considered. We were back at the cars just after 5pm, and gladly accepted the cold soft drinks Ruby had left in the esky.

I’d left my car in North Richmond and it was 44°C when we got back there about 6:15pm – no point opening the windows to cool it down! Incredible that we could spend much of the day cool (or even cold) when most of the state was sweltering. An excellent day out.