Normally as Tom’s birthday falls in prime canyoning season we organise a birthday trip but with the various trips we’d done over the prior couple of weeks we were feeling a bit tired. Fortunately Toni & Smiffy suggested the Heart Attack/Surefire double over the weekend so we got out despite our fatigue. 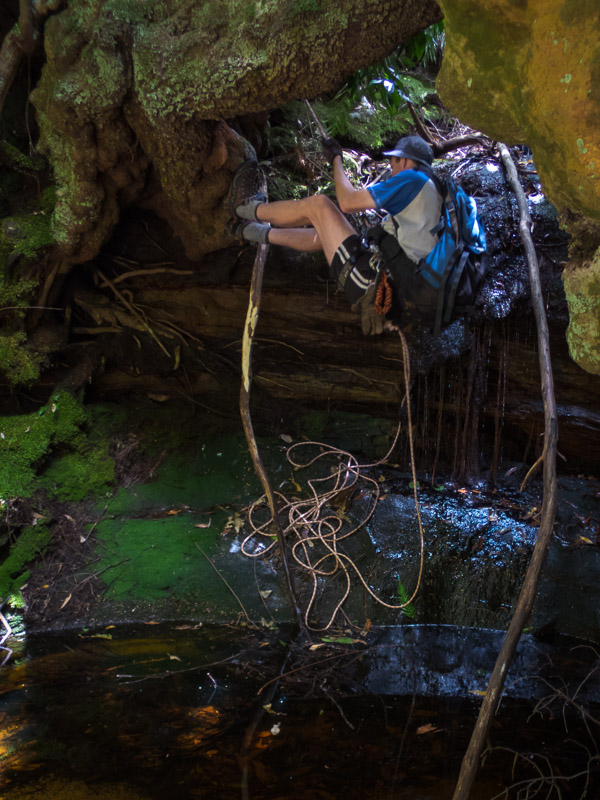 Tom abseiling in a side creek 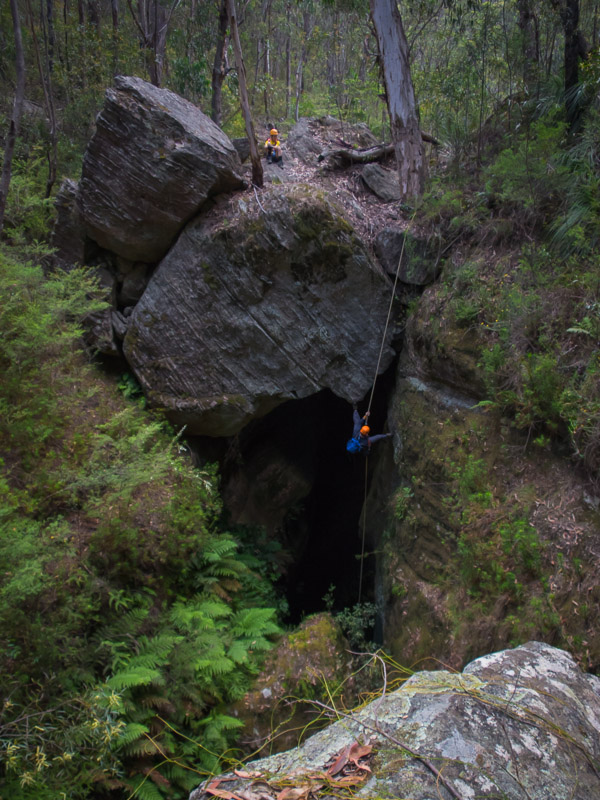 Chris showing his flexibility on the classic abseil into Heart Attack 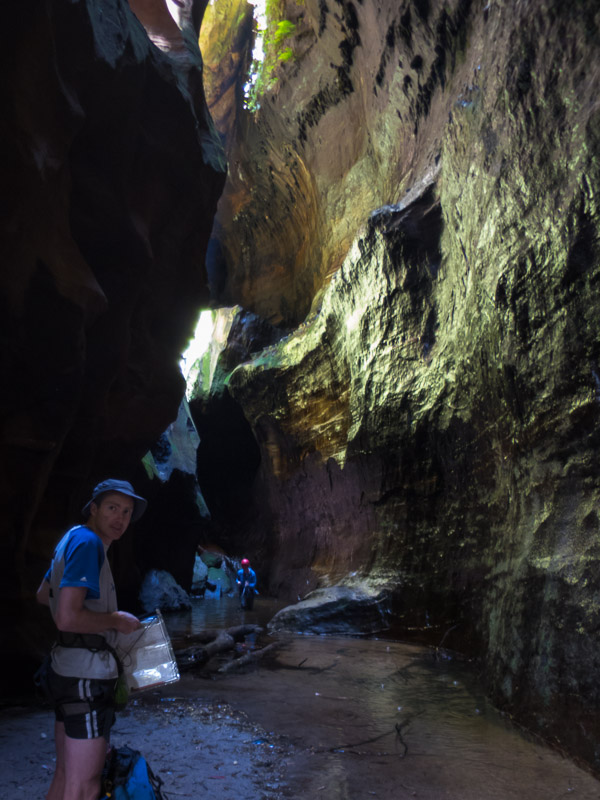 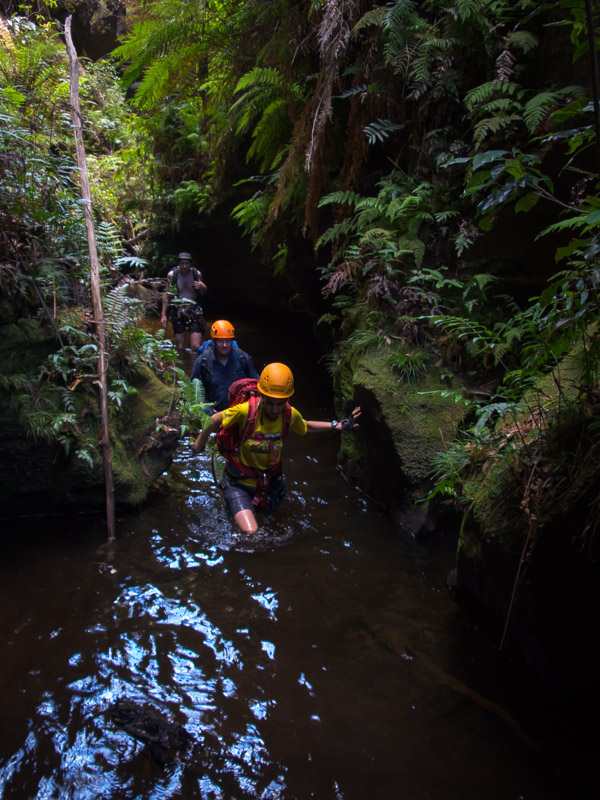 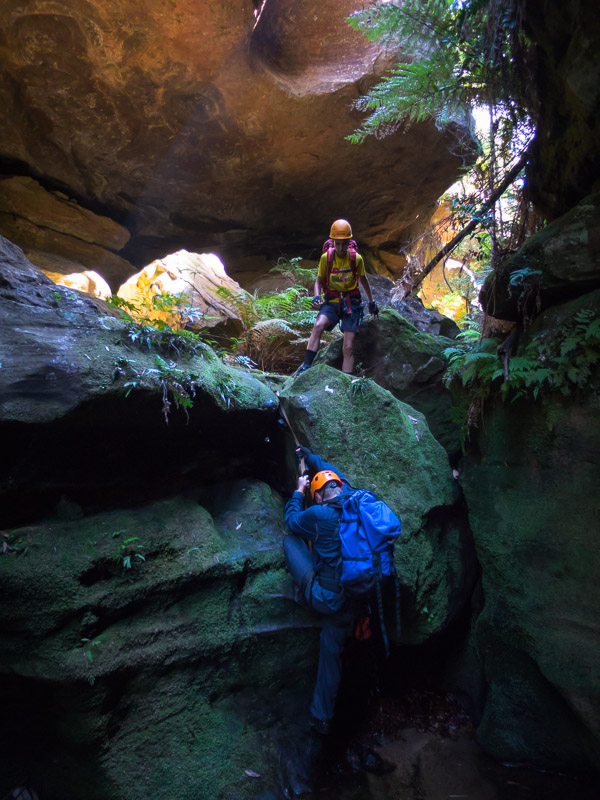 Chris on a downclimb while Toni looks on 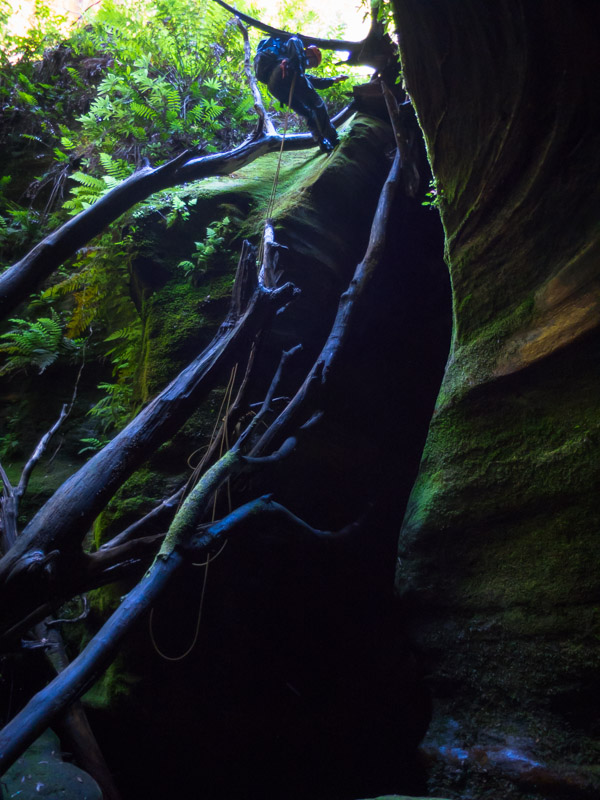 Chris on an abseil before he dislodges one of the logs… 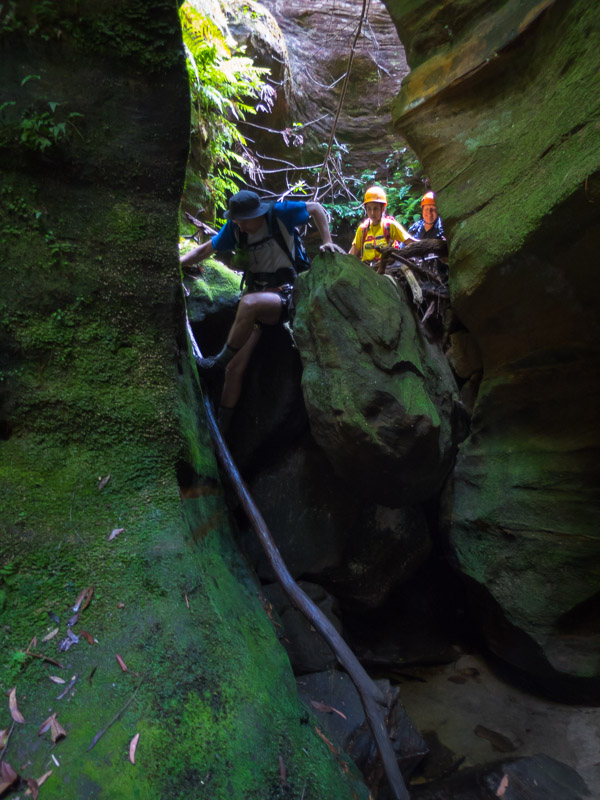 We had taken overnight gear which we stashed while doing Heart Attack. We didn’t have a firm plan on where to camp but the vegetation largely decided for us. This clearing on Deanes Creek firetrail was one of the few places where we could actually set up. It ended up being a relatively long day as the old firetrails leading to/from Heart Attack are very overgrown (plus too many photo faffers!). 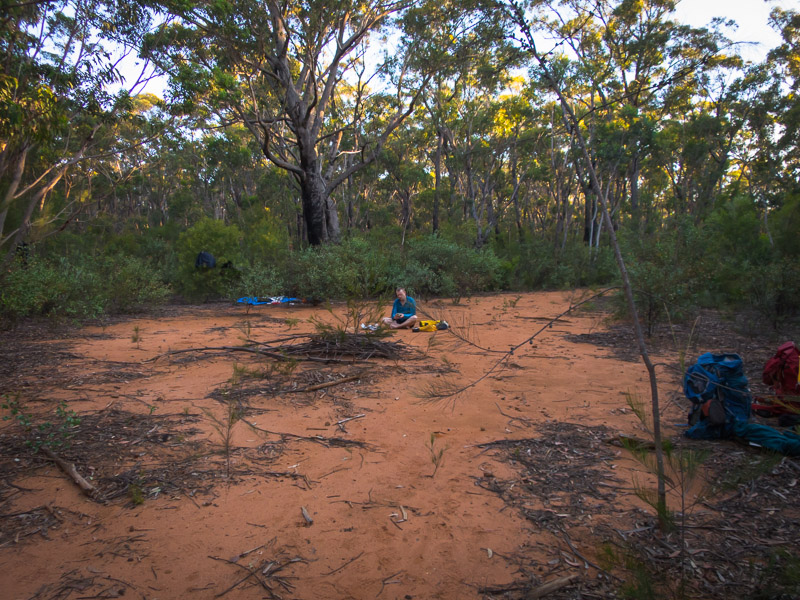 Chris relishing sitting down away from any scrub! 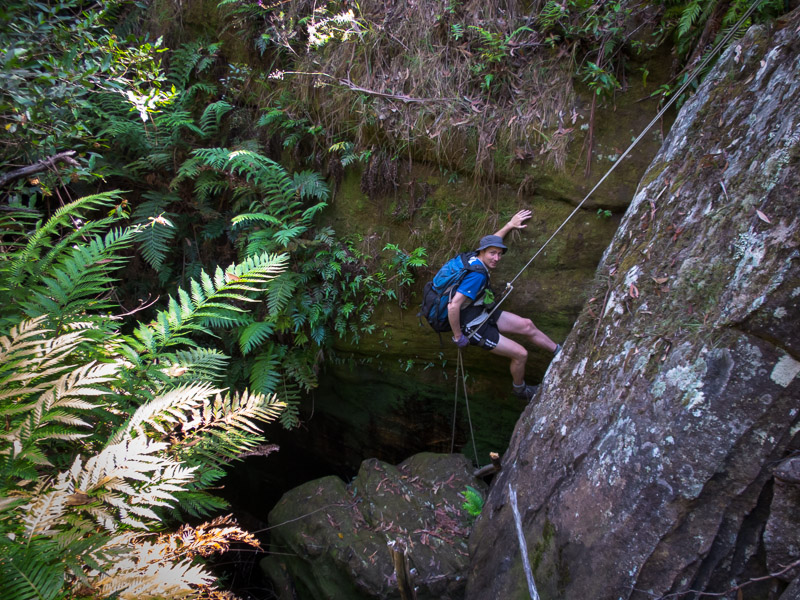 Tom on the first abseil into Surefire 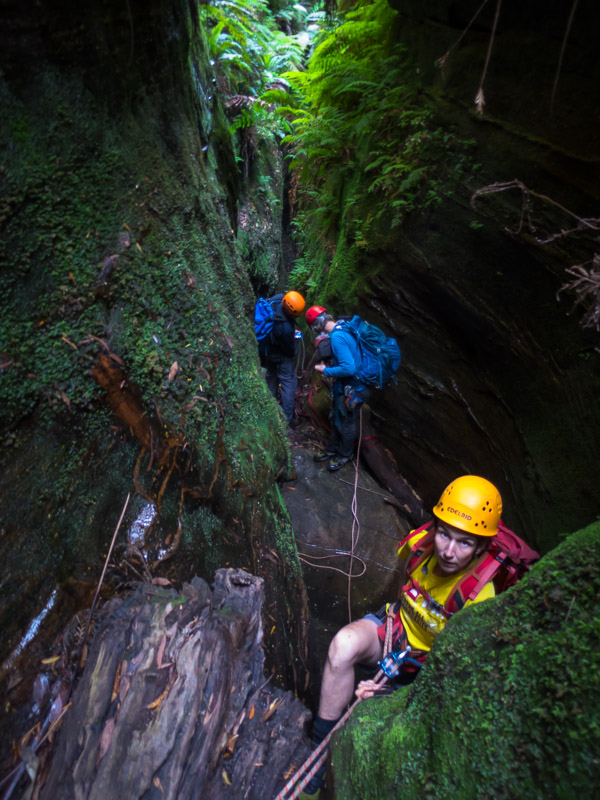 Toni on the “hand over hand or 4m abseil”. A pretty tricky one to hand over hand! The abseil was made a lot of easier when I re-rigged the rope off a log above (rather than on) the edge of the drop. 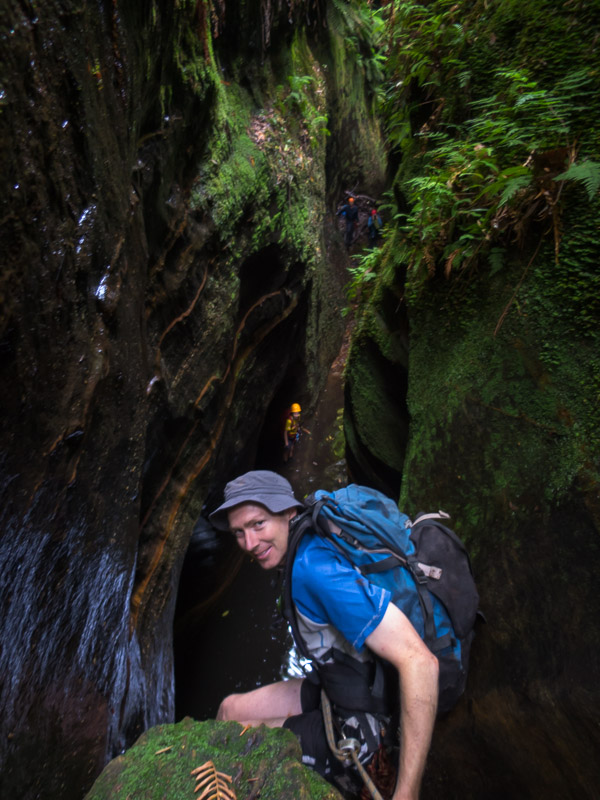 Tom on our third abseil, with the rest of the party looking on from the bottom 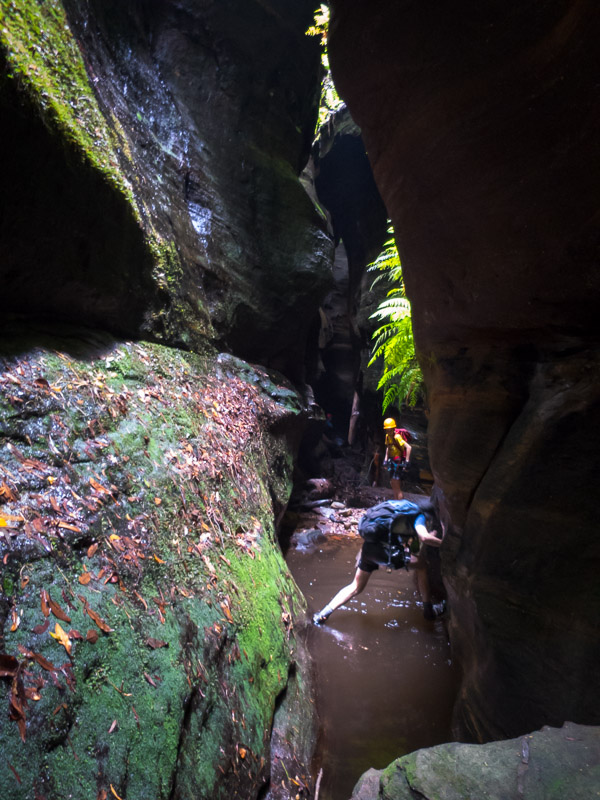 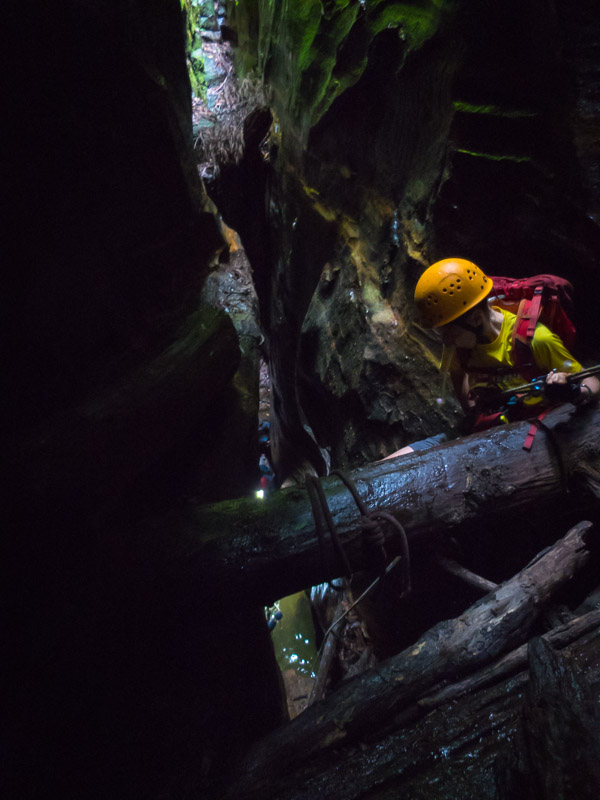 Toni on the final abseil. There were a lot more (substantial) logs here compared to 2008. 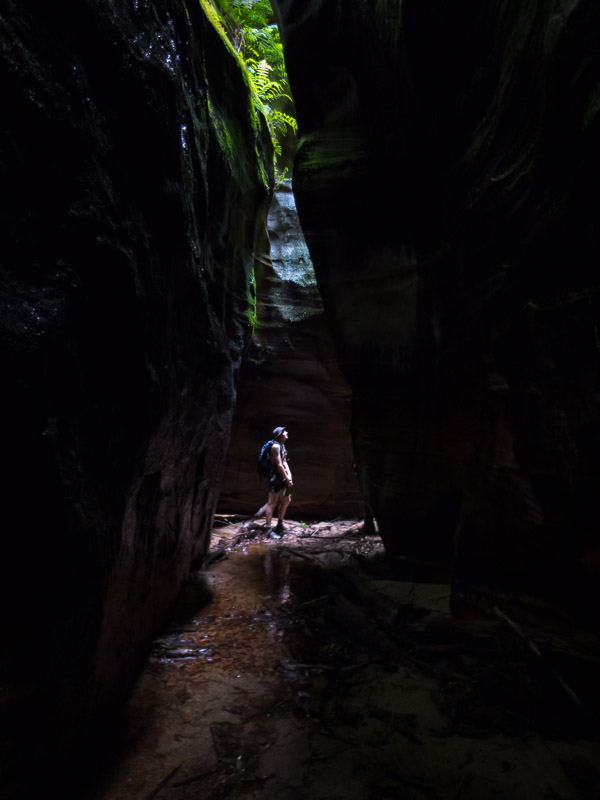 Tom contemplating the grandeur of the constriction 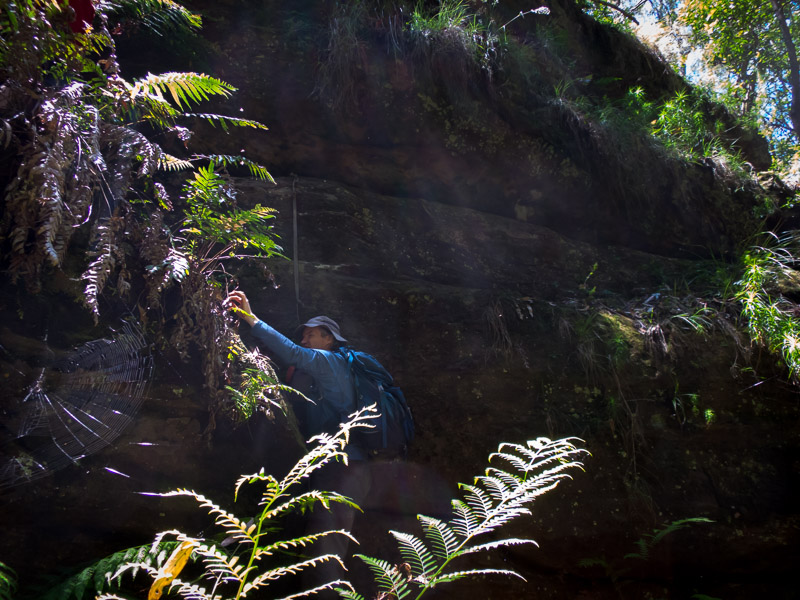 Smiffy on part of the exit

I was really interested in how I found the exit as the only other time I’d done it was in 2008. I had vivid memories of how much I’d disliked the two sets of trees you need to climb up to get out. I was hoping with 9 more years experience under the belt I wouldn’t find it so nerve-racking. The various “climbs” are tricky but I managed them all, with pack-on, so I was pretty pleased. Next time I just need to try and do them without aid (rope/slings)! 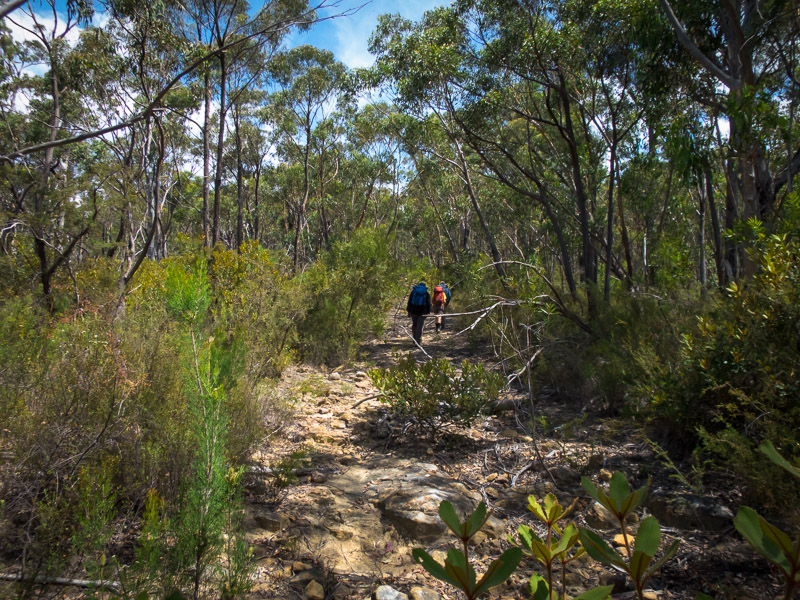 And then a long firetrail bash back to the cars

We enjoyed the exit gully as it was shady and fairly easy going on what was forecast to be a 32C day. The firetrail was also reasonably shady so while the walk out was long it wasn’t particularly oppressive.

A great weekend out in the (overgrown, scrubby) bush.