So far this season has been a dud so it was good to be able to get out and do some, albeit pretty tame, canyons for a weekend. We were unsure how Tom’s, now hopefully not broken, toe would go so we went for a short day on Saturday. The only previous time I’d done Why Don’t We Do It In The Road? Canyon was also as a recovery canyon for one of Tom’s injuries back in March 2007. With almost 9 years between visits it was nothing like what I remembered! 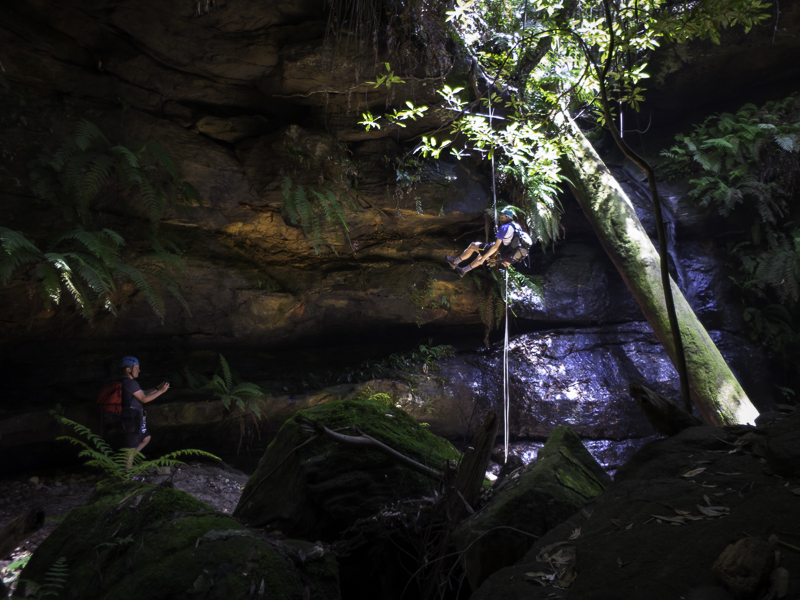 Despite only putting out the call for other participants late on Thursday night Jon joined us for the day. We started the canyon about midday, and caught another group at the start of the abseils in the canyon proper. Having lunch seemed a good option at that stage while we quizzed Jon on questions we didn’t know from the SMH Good Weekend quiz. 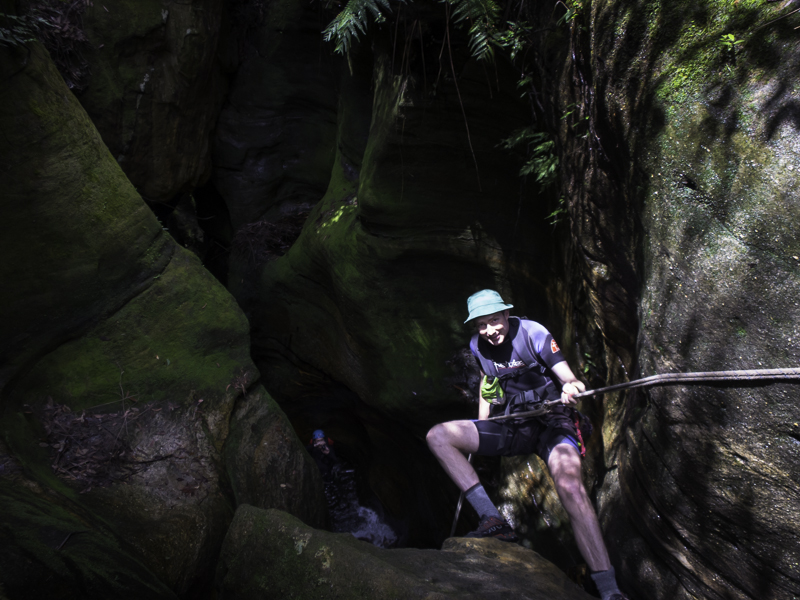 We caught the group again at the second abseil just as their last person was finishing up, and then properly at the final abseil. They had a couple of kids who’d both grated their hands on the previous abseil and were not having a great time of it. We didn’t have to wait long and before we knew it were at the Wollangambe. 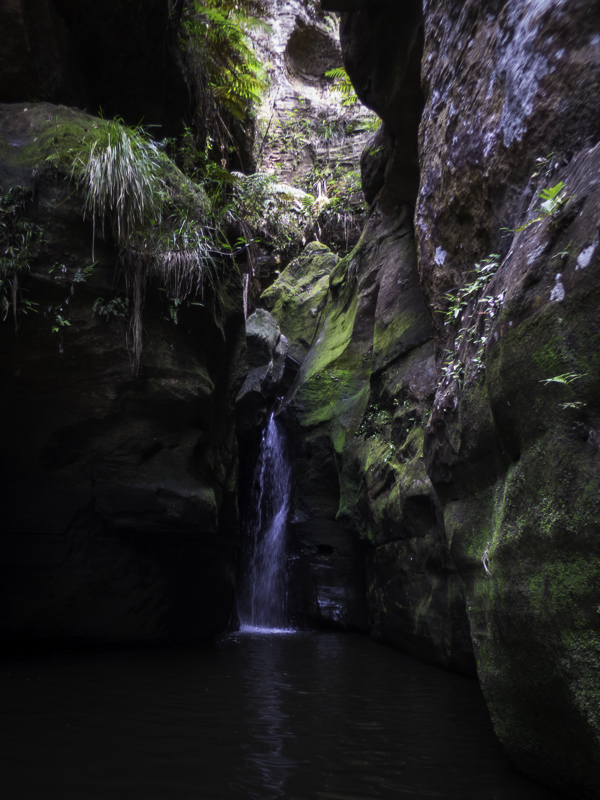 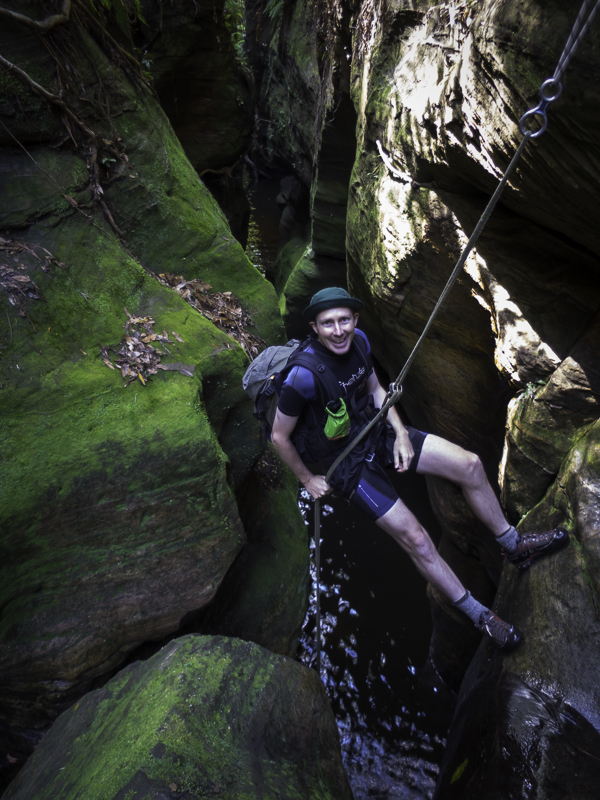 Tom’s toe elected for the short exit. It was peak hour! We found a party of 17 (the group that we had caught up to in the canyon), plus a large commercial party. We squeezed into a spot to get changed and then set off keen not to be at the back on the walk out! On the way up we also bumped into another commercial party that had been down the Wollangambe who we chatted to briefly. We bumped into a couple of people that Tom knew in the various parties.

Cathedral Reserve was packed. We were pleasantly surprised to bump into a group of friends who we weren’t expecting. And also pleased that the group of friends we were expecting turned up after their day down Twister and Rocky. It was a convivial evening and lengthy breakfast. Not unsurprisingly despite not having a plan when we got up we left to do Horseshoe Canyon before our friends set off on their planned canyon!

Tom decided his toe was up for a 5-6 hour day and since I hadn’t done Horseshoe Canyon we set that as our target. It was a hot walk in, but despite the hordes at Cathedral Reserve we didn’t see anyone. We made it into the canyon efficiently and soon were enjoying the cool, deep chutes of Horseshoe. 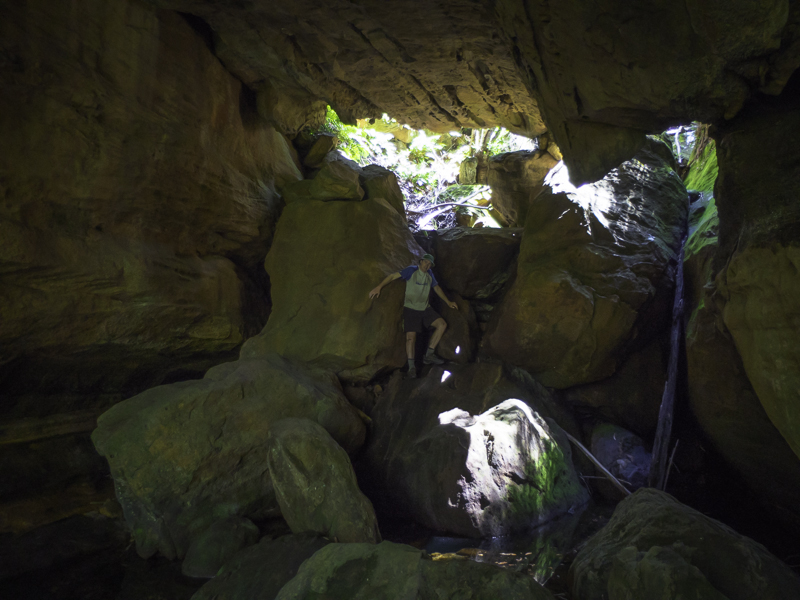 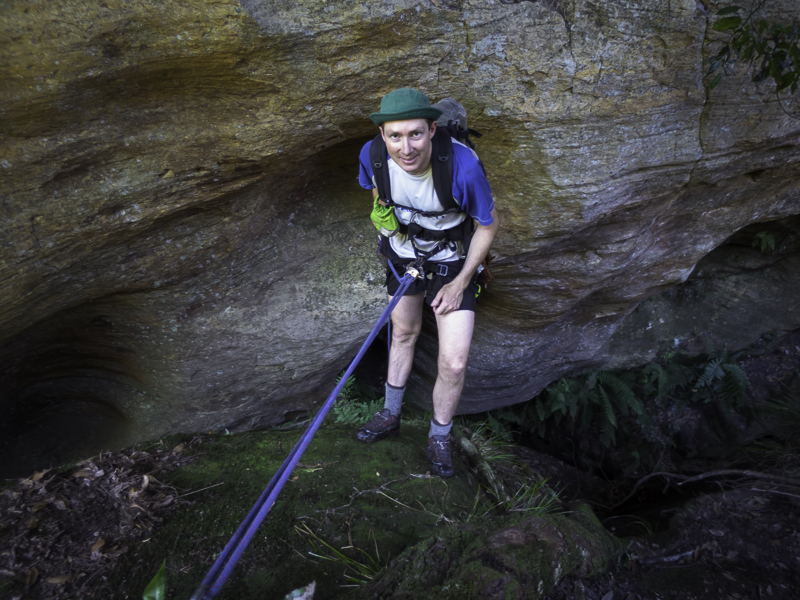 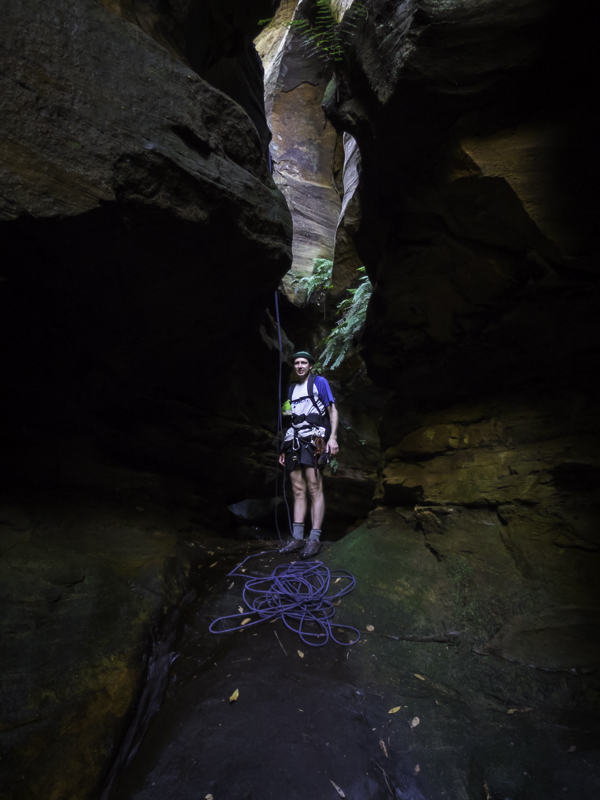 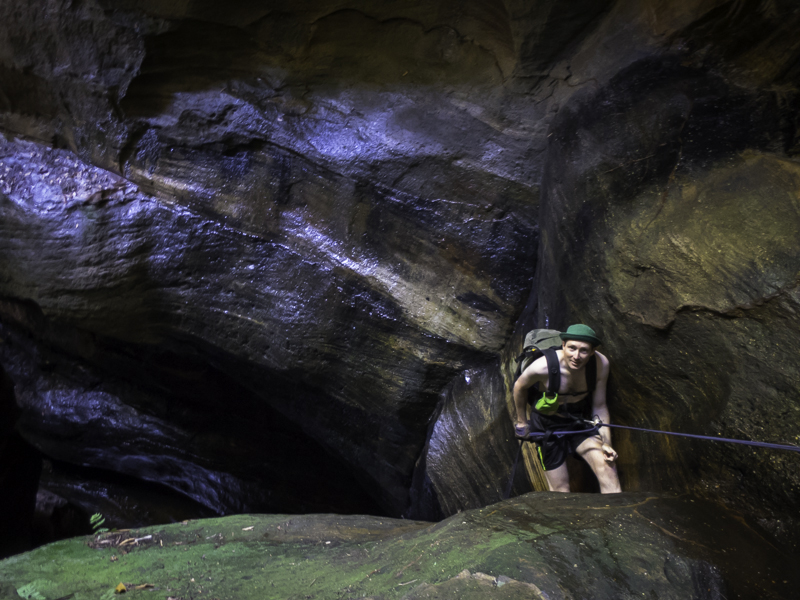 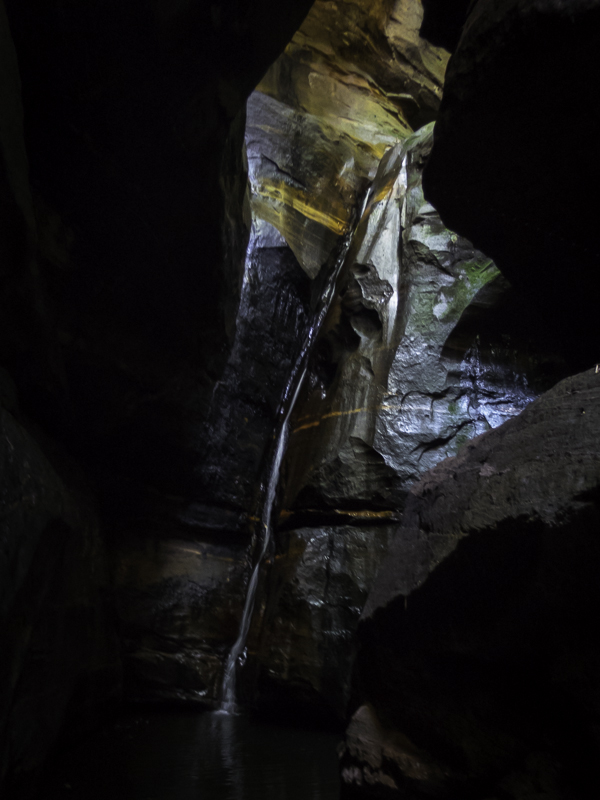 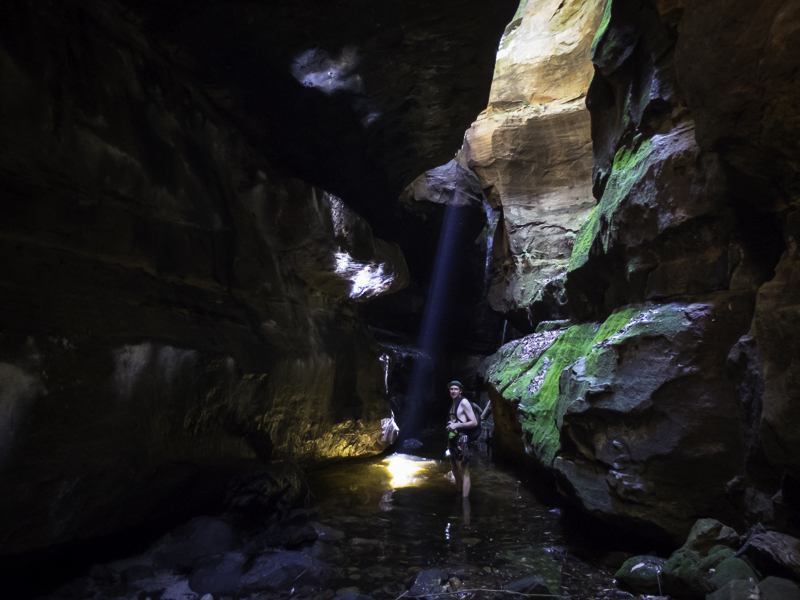 The canyon is quite impressive if also short. After exiting we headed down the Wollangambe before finding a shady spot for a leisurely lunch. It seemed incredible we could have this gorgeous spot to ourselves when not far downstream it was likely to be filled with people. 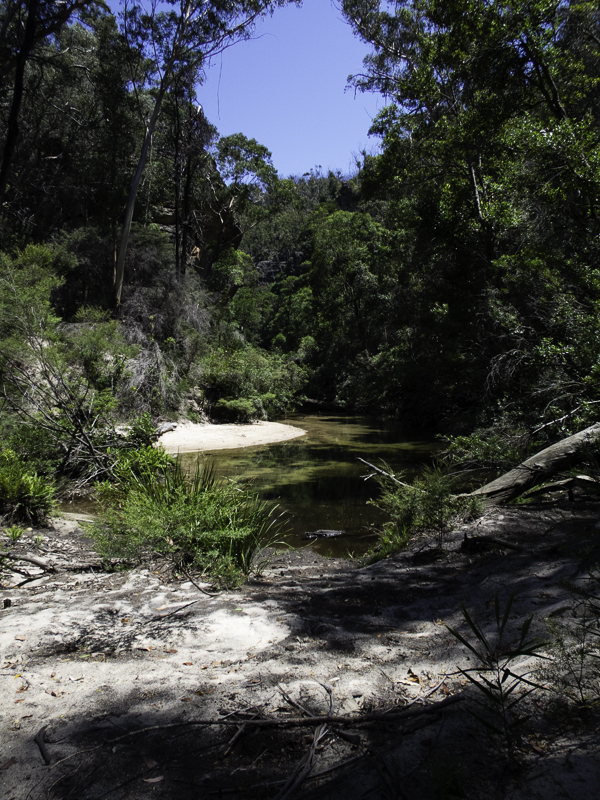 We did see a few people on our walk out, heading down to the ‘Gambe for a swim. On our return we detoured via De Faurs Rocks. It was great to get out canyoning!