Our original plan had been a 4 day / 3 night circuit around Mt Bogong. It became clear after our 2 days of walking at Mt Buffalo that we weren’t fit enough to enjoy what we’d planned. So on our additional night in Mount Beauty we glared at the maps… daring them to strike us with inspiration for something more aligned to our current capabilities.

I was getting increasingly frustrated at the lack of options until I had a look at the Fainters. We had originally intended to avoid going to Falls Creek so that we didn’t have to drive the windy road. Having driven up & down Mt Buffalo, and come across Tawonga Gap we’d already done a bunch of windy roads – what was another one to add to the collection!? If we started from Falls Creek then we could reduce any climbing and so a plan started to come together. Thank goodness.

We did better than Mt Buffalo and were walking before 9:30am. There was one other walker at the carpark who came over to tell his he was heading Mt Jaithmathang as a day walk so we’d probably see him on the track. When he did overtake us a couple of kilometres in I mentioned it was our first time (ever) in the Alpine National Park. He was somewhat incredulous; “you’ve picked a very obscure walk as your first one”. 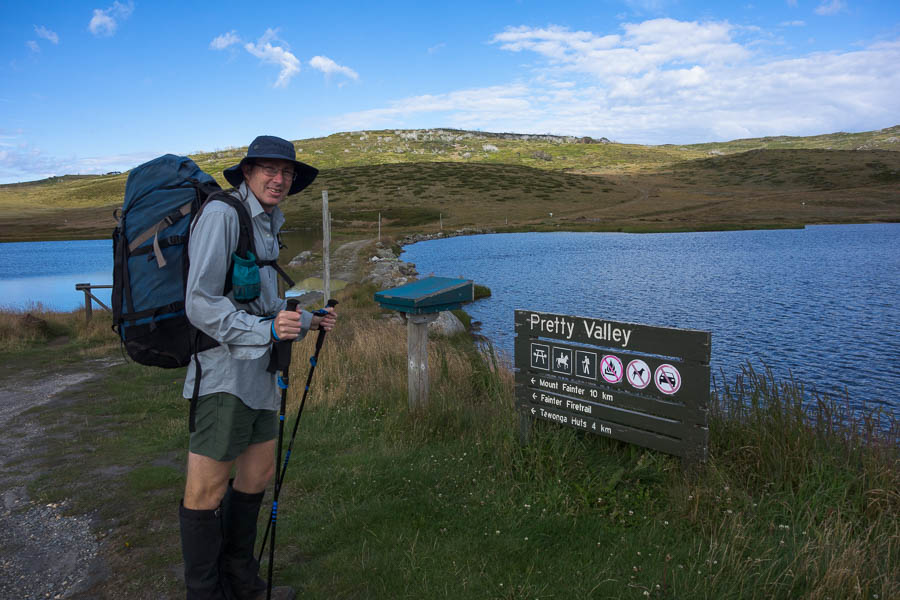 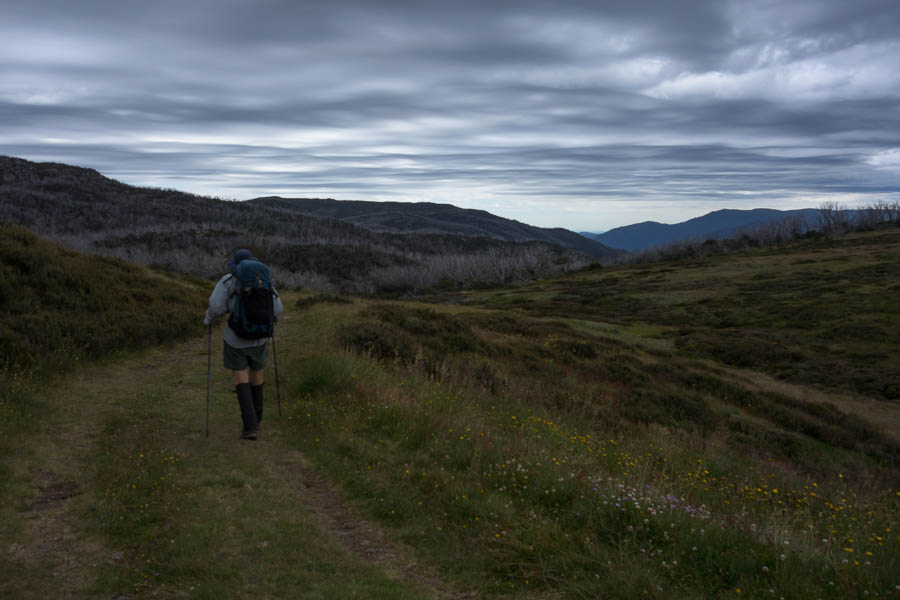 We had morning tea at Tawonga Huts under heavy grey cloud cover, then continued on the Fainter Fire Track towards Little Plain. I had originally thought we might make it out to the Fainters, but by the time we’d fought our way along a fairly muddy section of track (hoof prints well in evidence) I was ready for lunch above Little Plain. 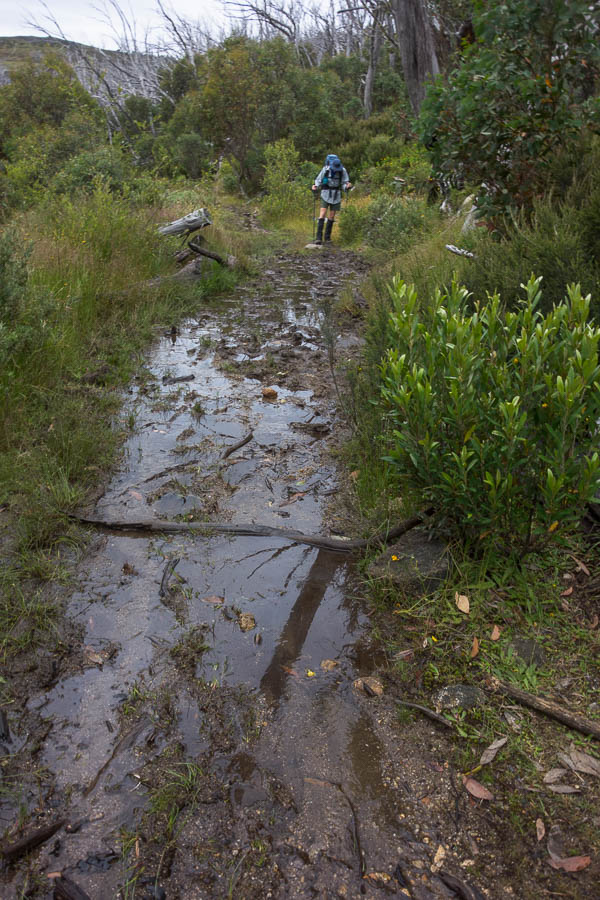 Are we back in Tassie!?

Neither of us had any inclination to extend our short day and so after lunch we went off-track along the Jaithmathangs ridge to Mt Jaithmathang. Some sections were absolutely delightful, others required a bit more effort. The closer we got to the summit the stronger a footpad became – but there wasn’t any real evidence of a pad for most of the route. 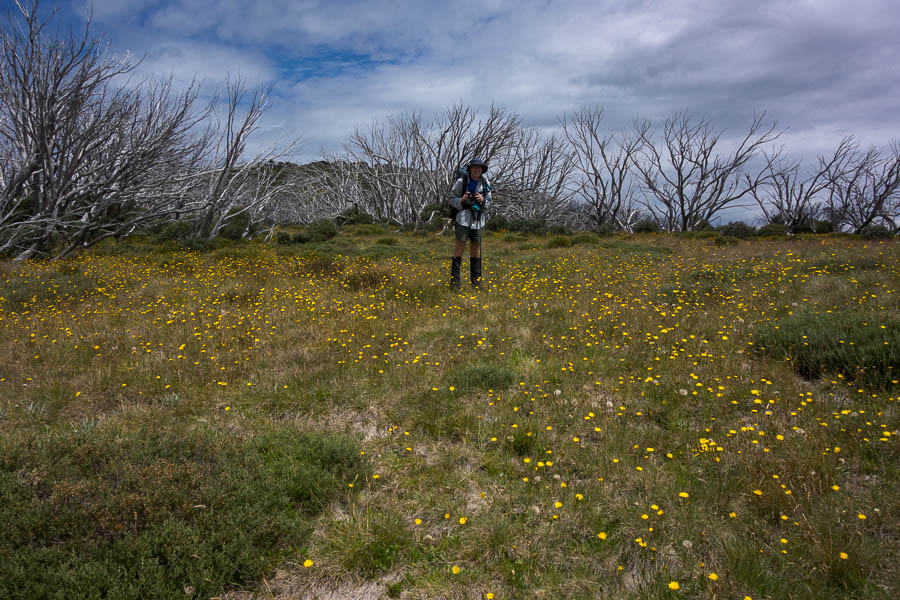 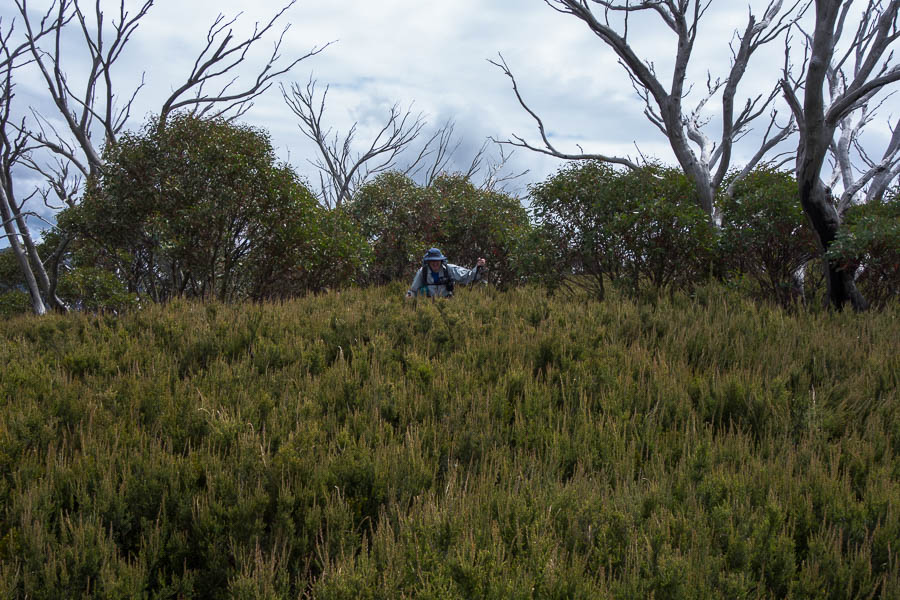 Some not quite so pleasant sections 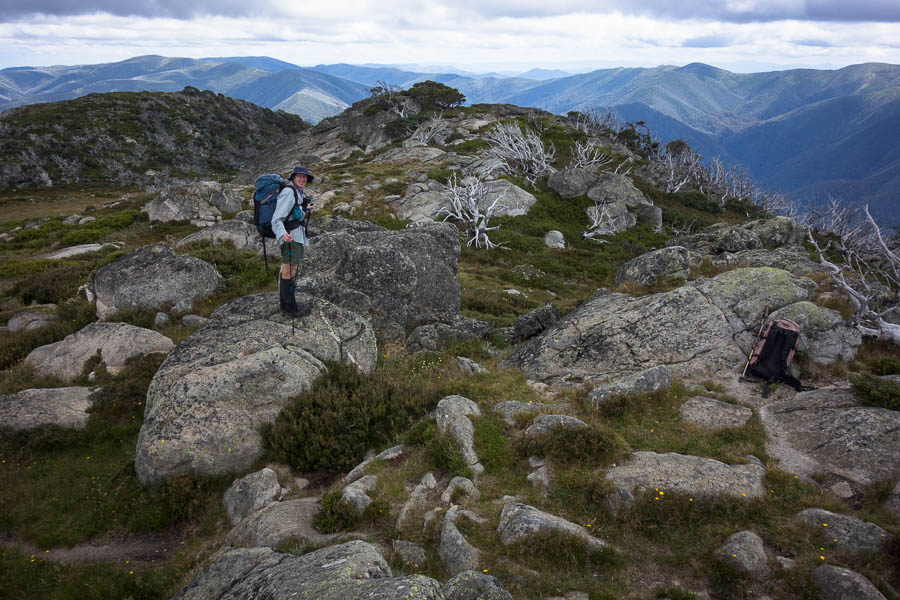 We found a campsite near the summit and got ourselves sorted. Water never felt like it was going to be an issue and we didn’t have to go far to find a small stream. Finding a place to fill up from was perhaps the most challenging bit (much of it flowing under boulders). 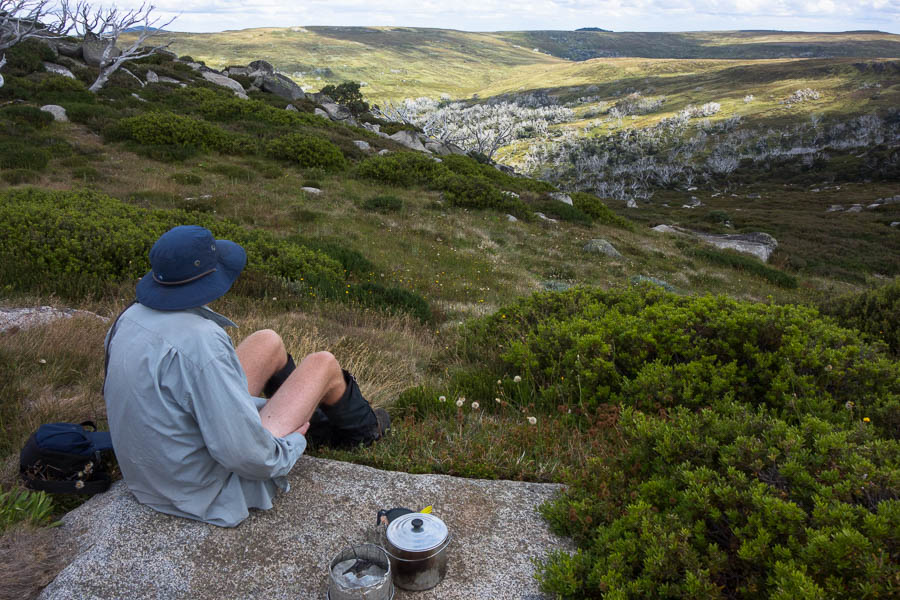 Our cooking spot just below camp 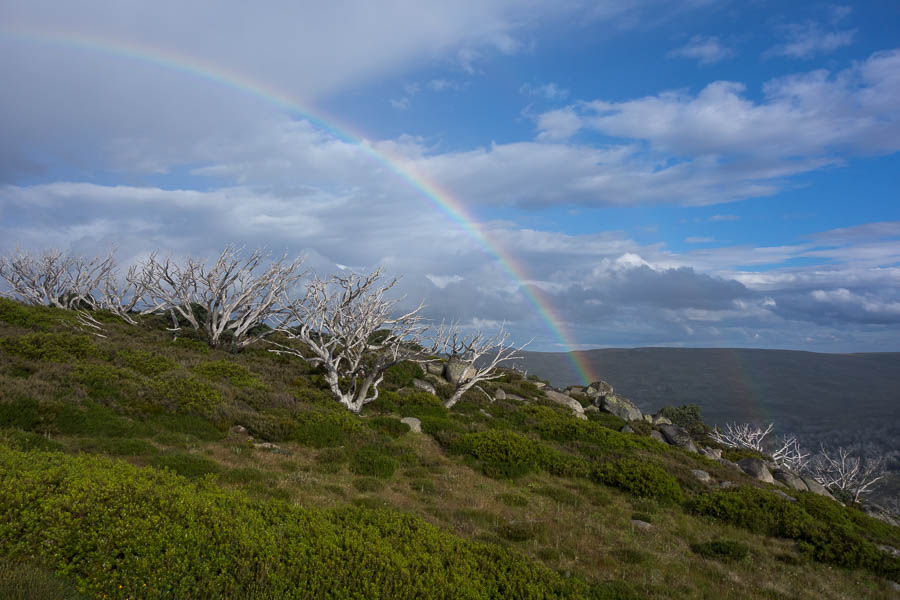 The light on the summit in the hour or so before sunset was just magical and Tom hopefully got lots of good photos with his fancy camera. I could spot a couple of tents being set up down at Tawonga Huts so we wouldn’t have had it to ourselves. 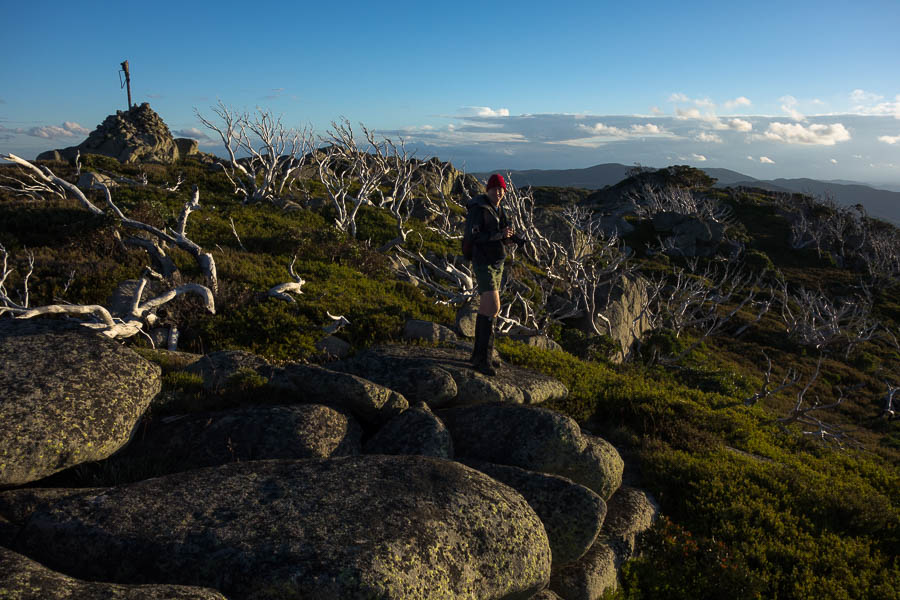 Back up on Mt Jaithmathang for sunset photos

Given I’d only spotted 2 tents I was surprised to meet a school group of around 25 as we headed down the main track to Tawonga Huts the next day. It was incredible to see all the tents at the bottom – and very glad we’d had our high camp! 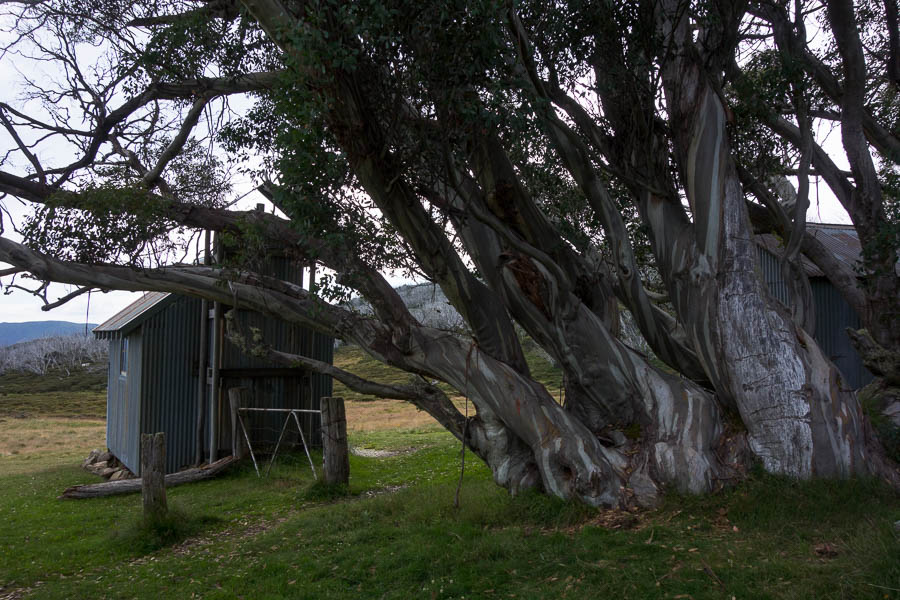 Back at Tawonga Huts the next morning 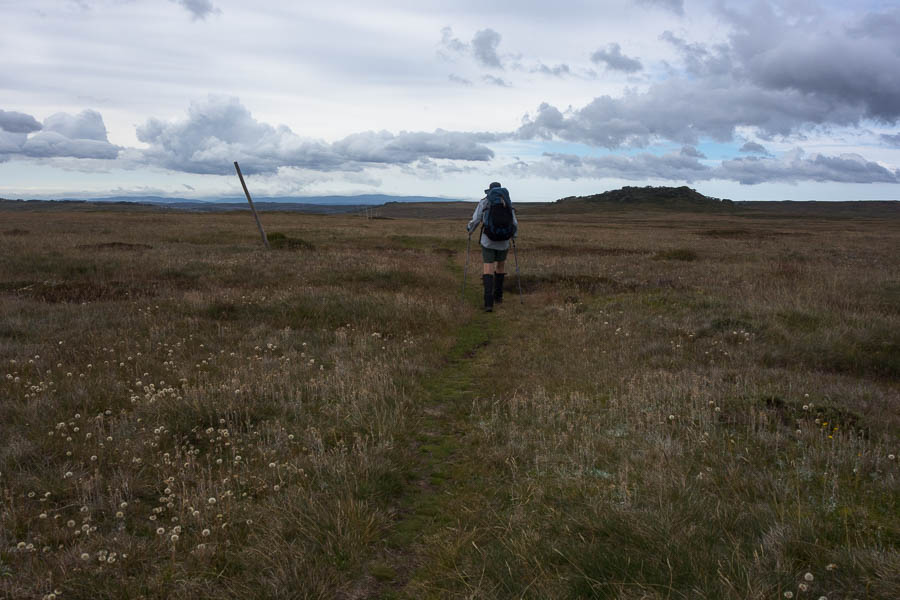 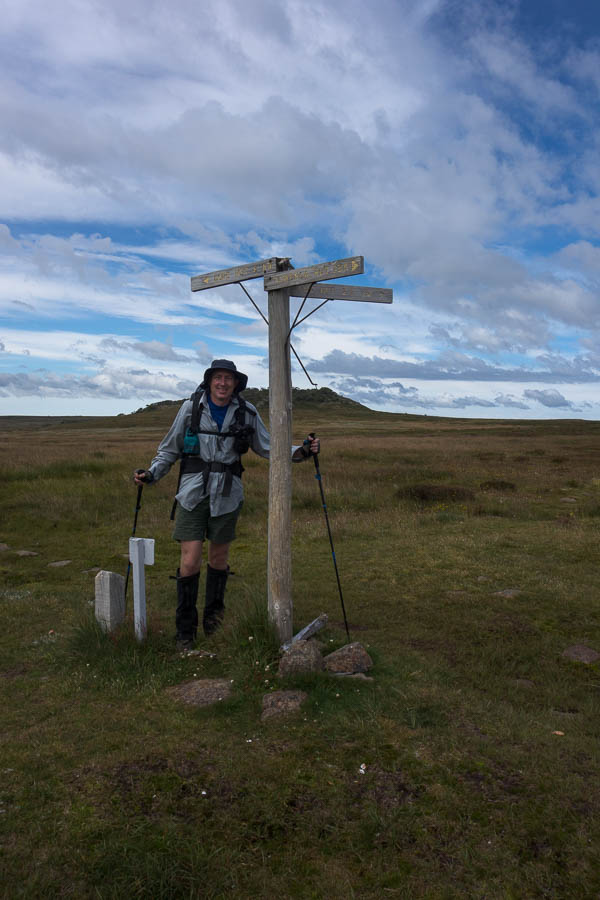 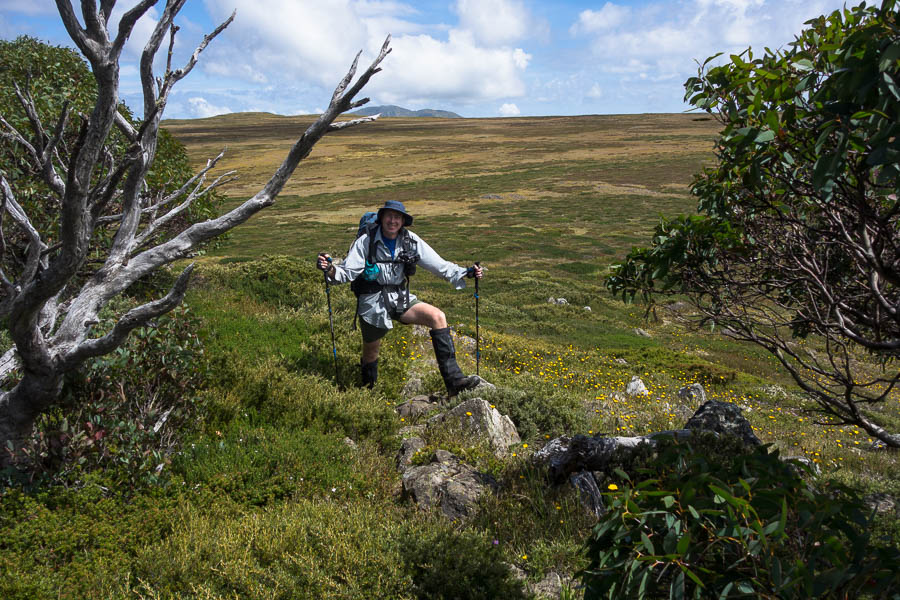 From Mt Jim we went looking for old snowgums that one of the teachers in the school group had mentioned. I don’t think we found them, and it certainly made our descent to the Cope West Aquaduct track take longer than it might of. We spotted our second mob of brumbies for the trip as we descended. 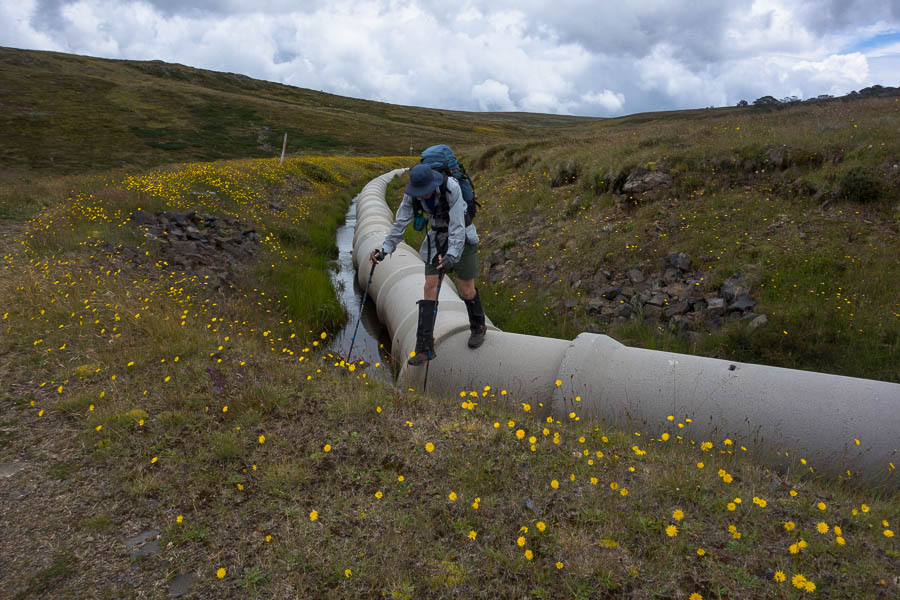 Not your every day obstacle on a bushwalk…

I didn’t know much about High Plains Creek – except Vivien & Emmanuelle had mentioned good camping. And Vivien had said there would be a track. Turned out the track was on Open Street Maps (and so on Tom’s GPS) and we were glad we continued along till we hit it rather than going off-track towards our goal. I’m not sure if it’s because you can see so far ahead, or if it’s because we were using a 1:50k map (rather than 1:25k we’re used to) but everything seemed to take longer than I expected. I was so ready for a swim when we arrived at the first falls on High Plains Creek. Having not done any research I was particularly delighted to find such a nice swimming hole. Not that I stayed in for very long – the water was brisk. 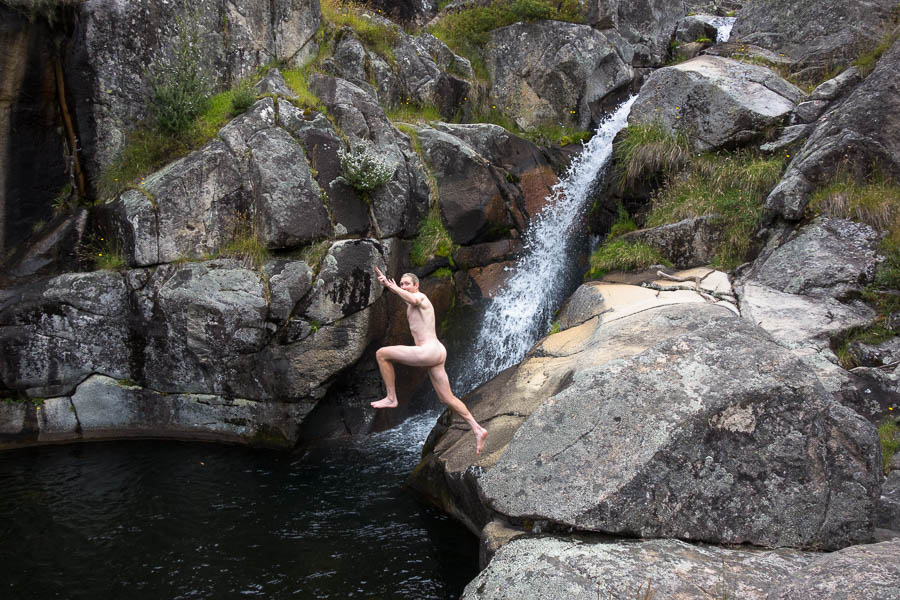 We’d just finished an afternoon cuppa when some (unforecast) rain arrived. It blew through after 15 minutes so I sheltered under a very small overhang and Tom just hung out in the rain. The granite boulders were all wet but once it stopped we scrambled, with some difficulty, down to the second set of falls. Probably only something to be recommended to those who really like rock-hopping/bush-bashing. 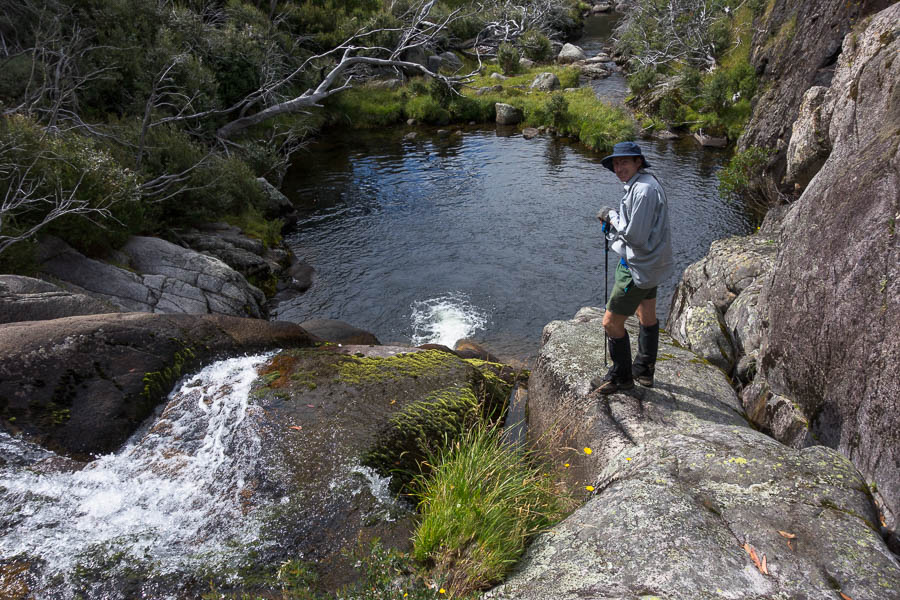 We decided to camp up out of the creek valley in a spot with lovely views towards Mt Cope. It was so warm we were hiding in the shade into the early evening.

But the expansive views meant we could see the cloud drop over Mt Cope and slowly edge its way towards us. By the time we’d finished dinner we were well and truly enveloped in cloud. 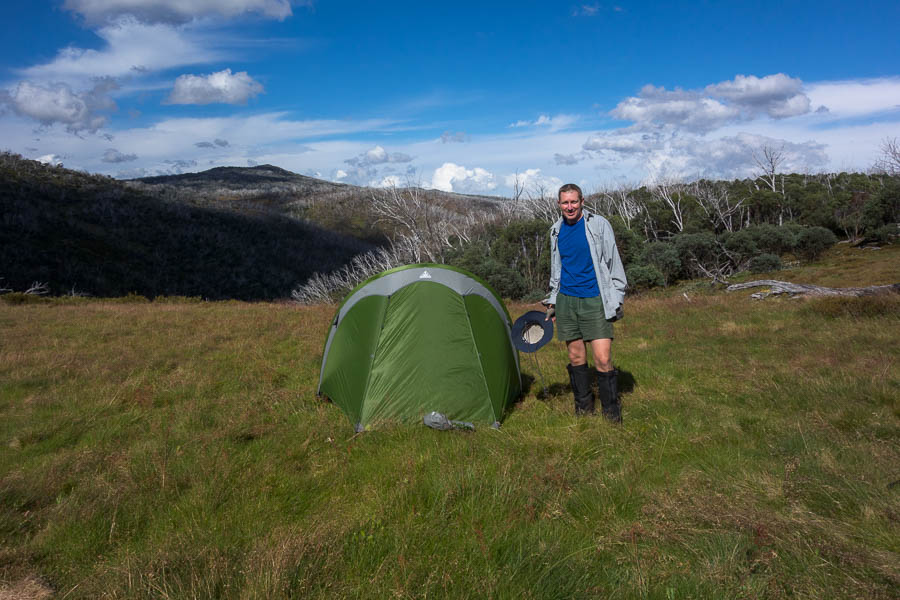 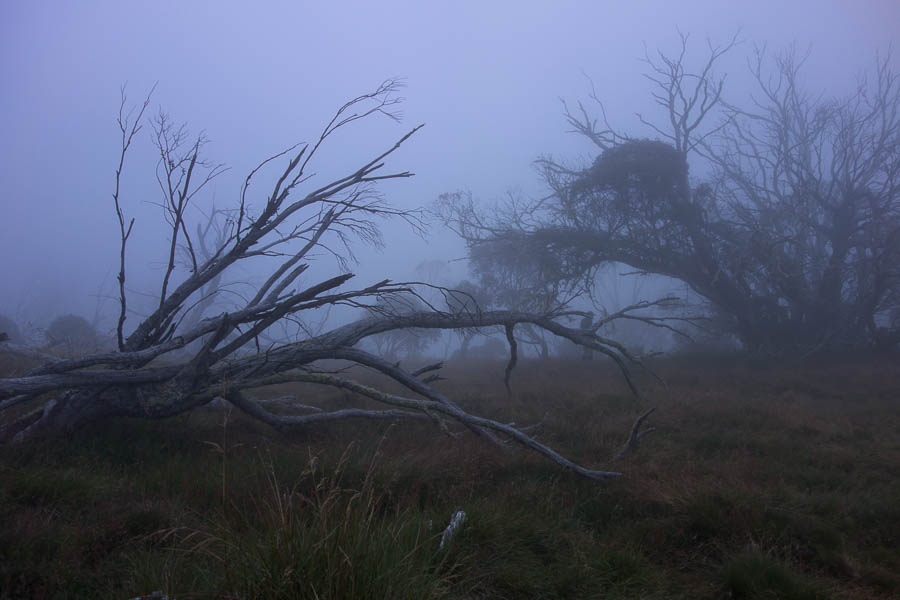 Except then the weather came in

It was a very still night, so the cloud remained well-entrenched when we woke up the next morning. Given the weather we took Cope West Aquaduct track to Cope Saddle and then the Cope Saddle Track through to Pretty Valley Hut and down the road to the car. 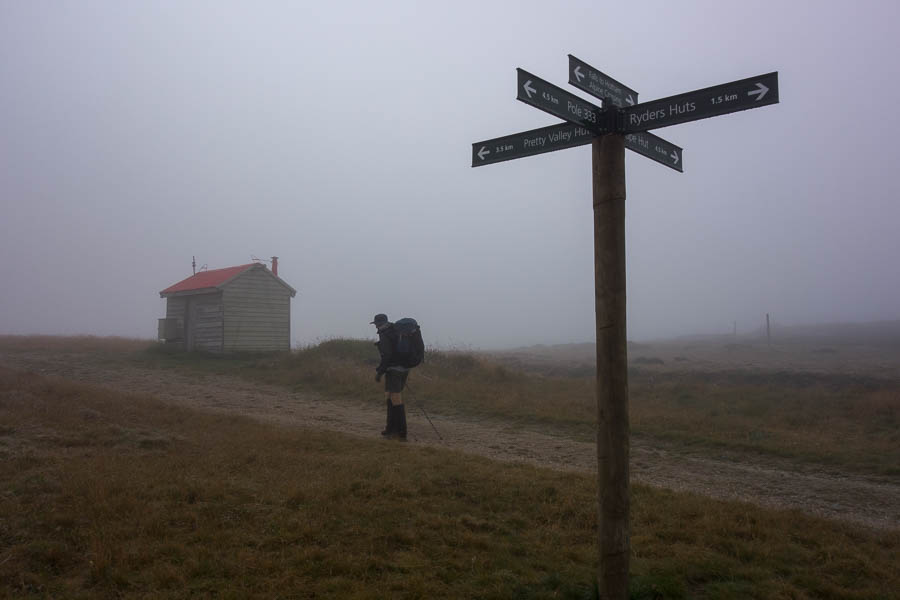 Walking out in the cloud on day 3

By the time we got back to the car the cloud had lifted and it looked like a pleasant afternoon would follow on – but we opted for a delicious lunch at the cafe in Falls Creek, and a walk to Fainter Falls on our way to Harrietville. Not a bad outing for something pulled together the day before we started!!