We may not have had a particularly active Easter this year (by our standards) but it was a lot more active than the last 3 Easters where I think we managed one day walk across all three long weekends!

We met up with Andy on Friday and after much deliberation while we crawled in traffic up the mountains eventually settled on Mt Piddington for our climbing. Andy’s climbing skills are far superior to Tom & mine, but he graciously humoured us by leading some easy/moderate graded climbs. 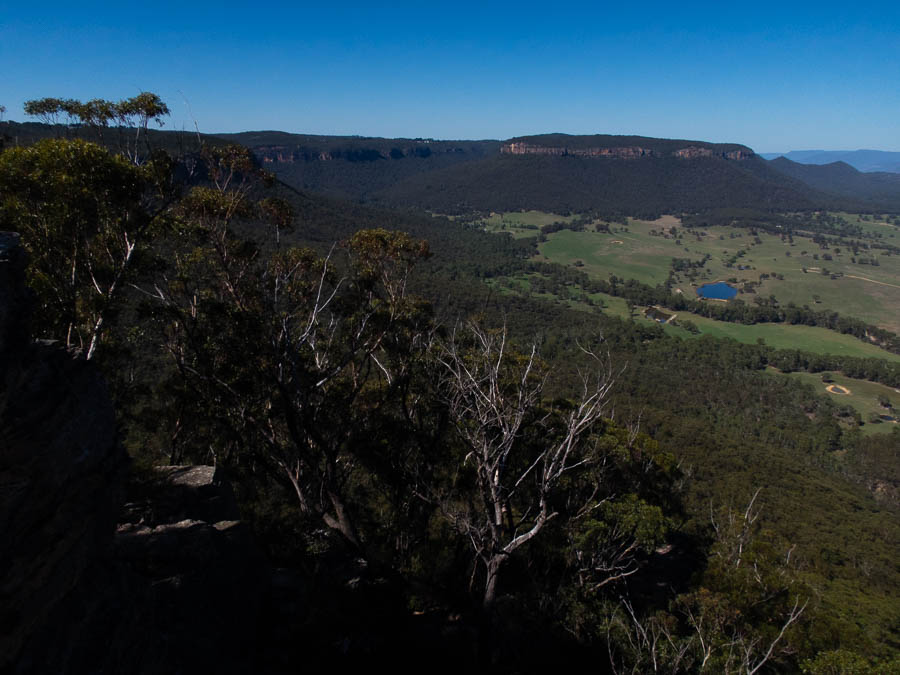 Views from above the Piddo Crag 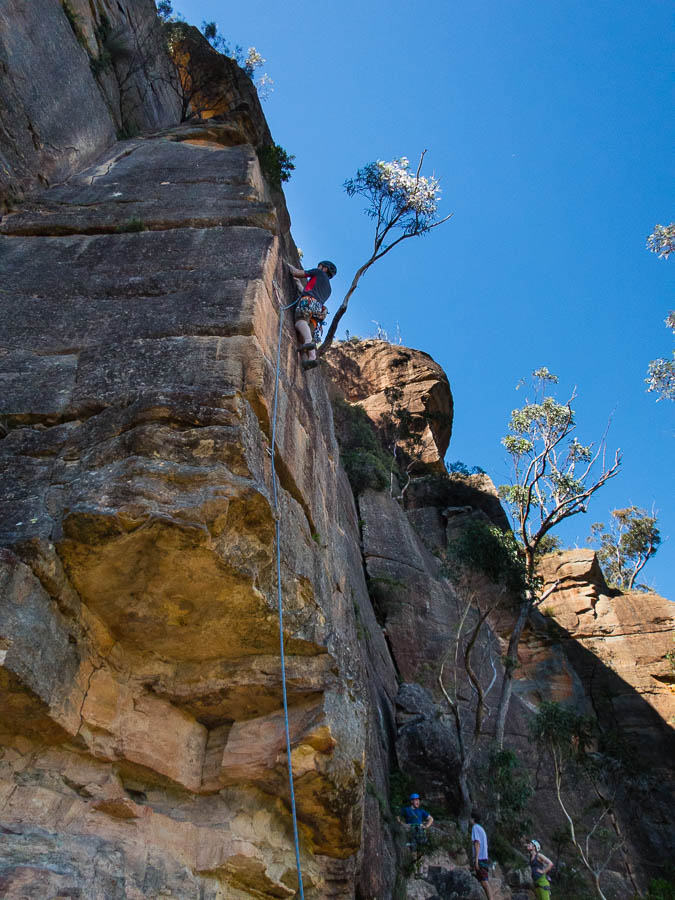 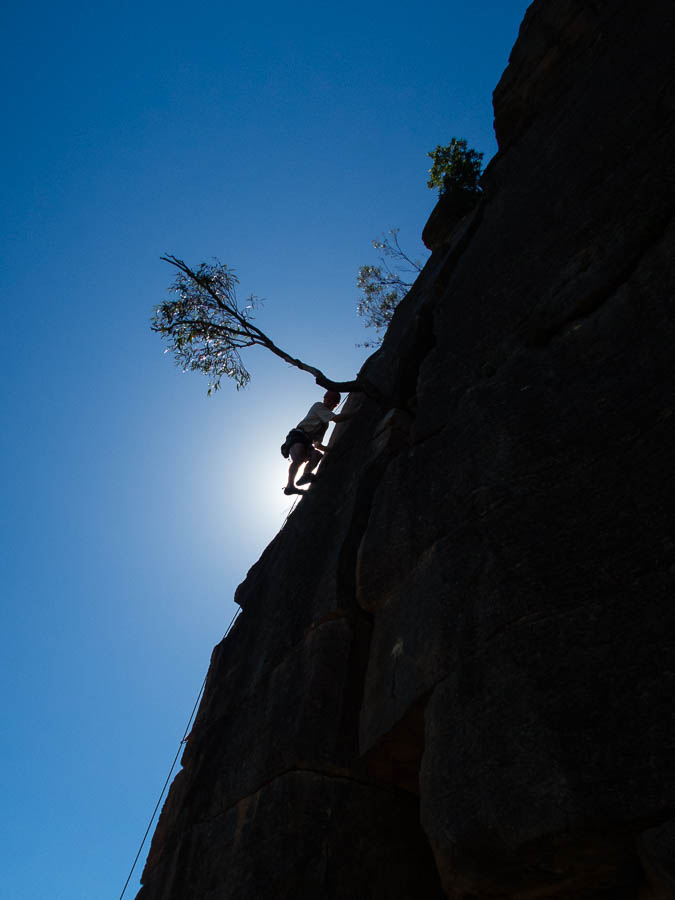 Somehow with our late start, 3 people climbing, and no particular deadlines we managed to get to late afternoon having only climbed SSCC1 and Hocus Pocus.

On Saturday we did the Grand Canyon Loop bushwalk with Andy, Chris & Liz and family. The car park was pretty insane but despite that the walk didn’t feel too crowded. It was the first time I’d actually done the full loop – even though I’ve walked the section from the bottom of Jugglers Canyon to the Grand Canyon abseil at least half a dozen times.

Sunday post-Easter Egg hunt was adventure time for Mala! Mt York the venue for her first abseiling experience (incidentally the same place Tom taught me to abseil some 14 years ago). 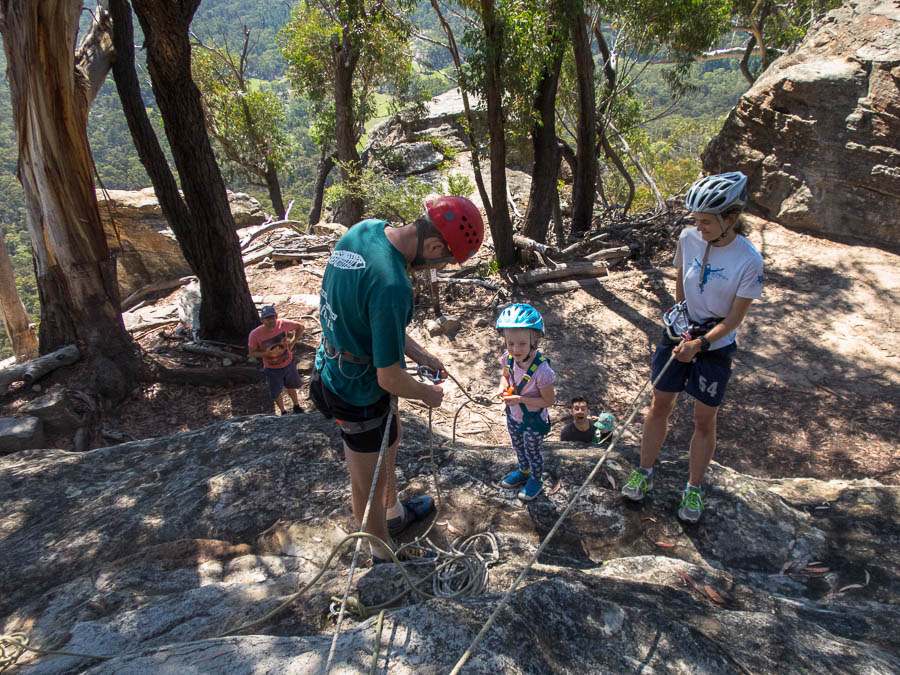 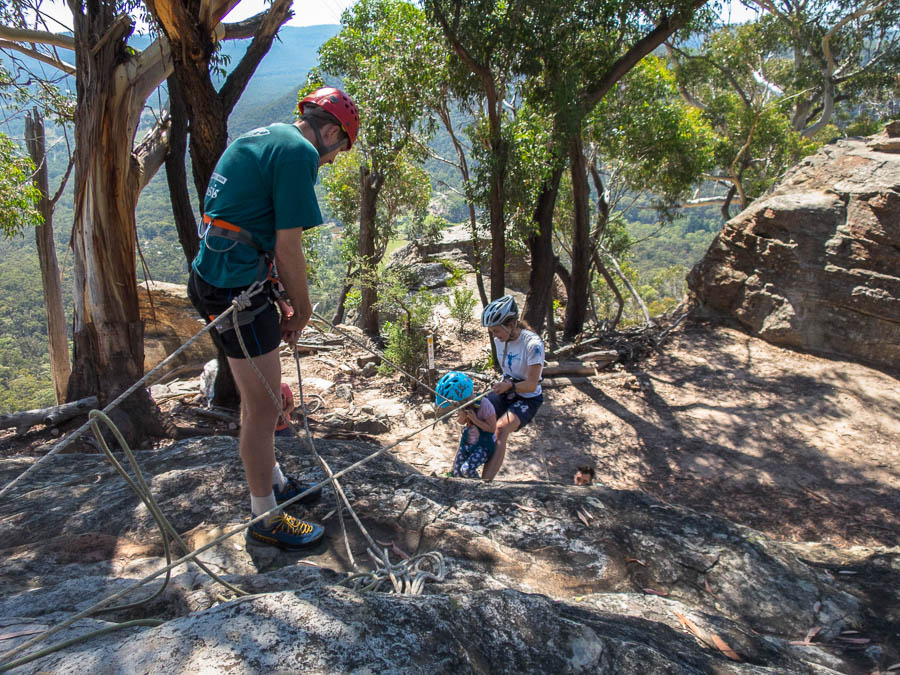 After that Andy and Tom set up a couple of top-ropes. Liz & I warmed up on Lishenback (** 10) then eventually both made it up Birds Nest (15). We farewelled Liz & Chris & fam then escaped the beating sun at New York.

Andy led up Spoonbender (15) for me. Then I had a go at following him up Illusory (19) but eventually conceded defeat. 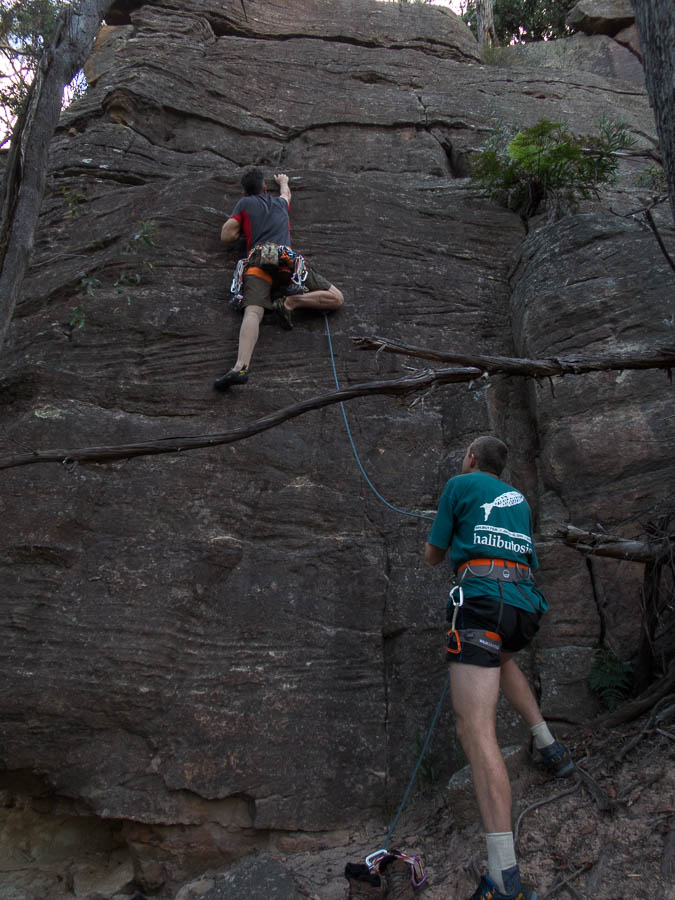 I watched with interest as he climbed a couple of routes which looked pretty impossible (to me). 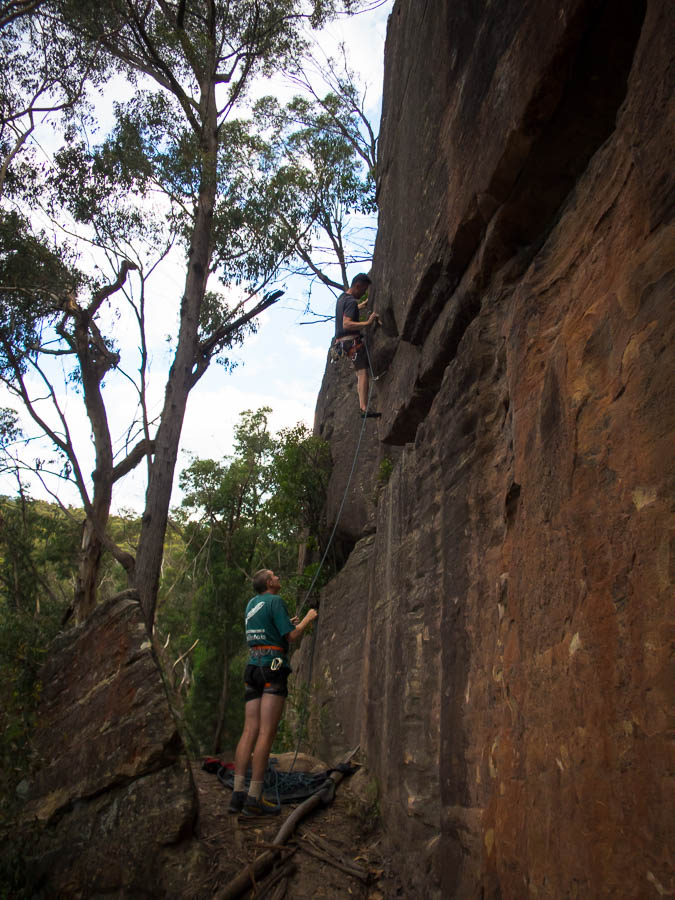 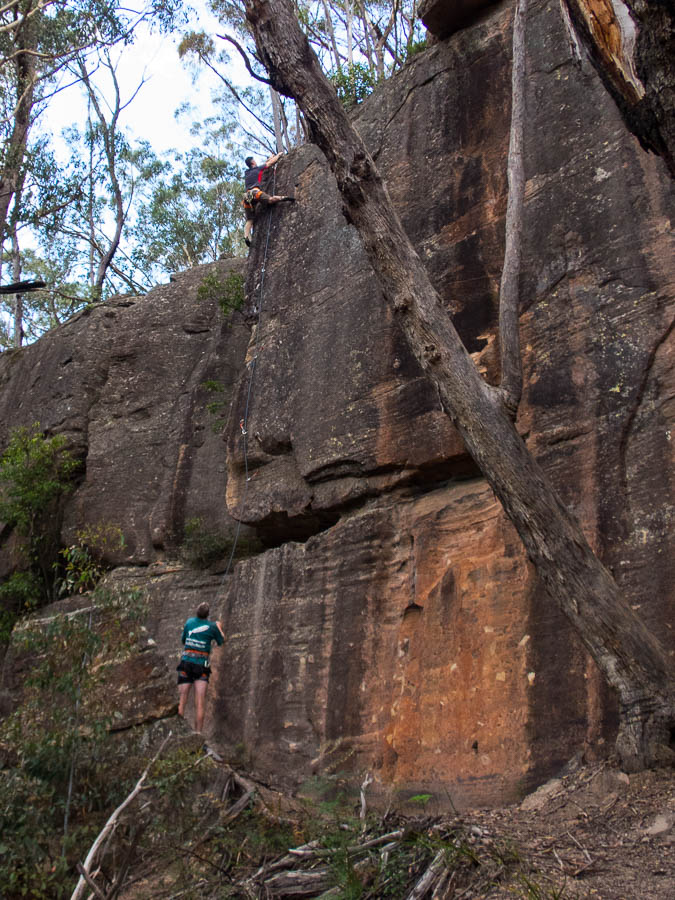 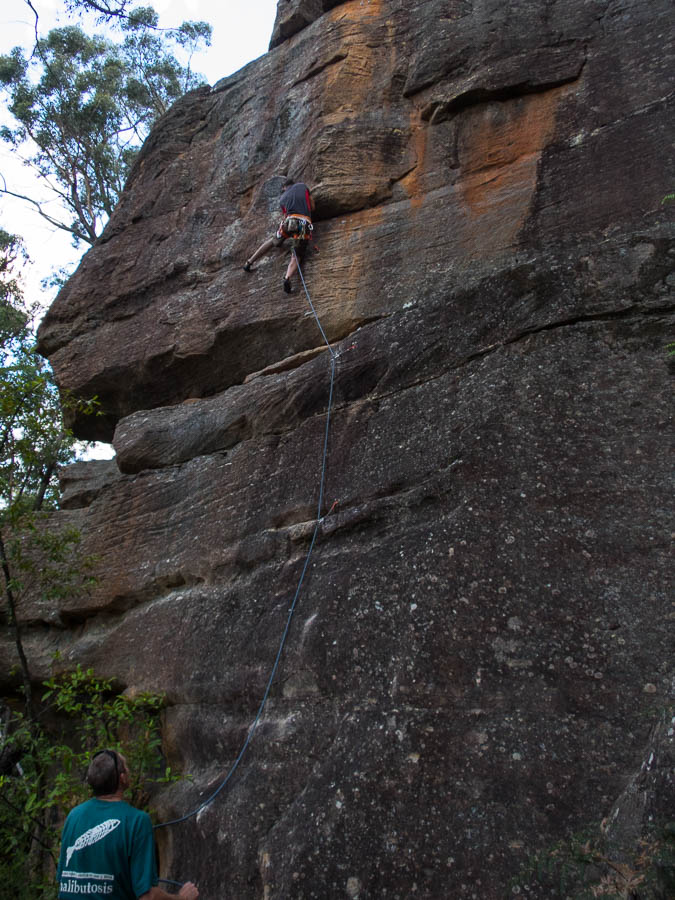 With the daylight savings change it was almost dark when we got back to the cars and were most surprised to have to crawl back to Blackheath in the heavy traffic!

An most enjoyable weekend with great friends.