Katoomba had 535mm of rain in March 2017, 354mm of that fell in a 10 day period between the 14th and the 24th. Canyoners around NSW had been stuck inside for weeks watching and waiting to see when conditions might be safe to venture out. We had attempted to head out on the 18th but ended up touring the waterfalls of the mountains which were impressively full.

It wasn’t a great time to have just 3 weeks in the Blue Mountains for canyoning! Fortunately the rain finally abated and we were able to show Evan down one of the best canyons in the Blue Mountains, Claustral. Jarrah & Megan joined us for their first visit to Claustral as well. Tom & I had a couple of sleepless nights leading up to Saturday worrying the water might be too high. In the end Tom’s judgement that the water levels would be fine based on his experience of the canyon was right – it was a great day out. It was very dark so my photos didn’t come out particularly well – an easy culling process! Most of the ones below aren’t as sharp as I would like but they are the best of a bad lot. 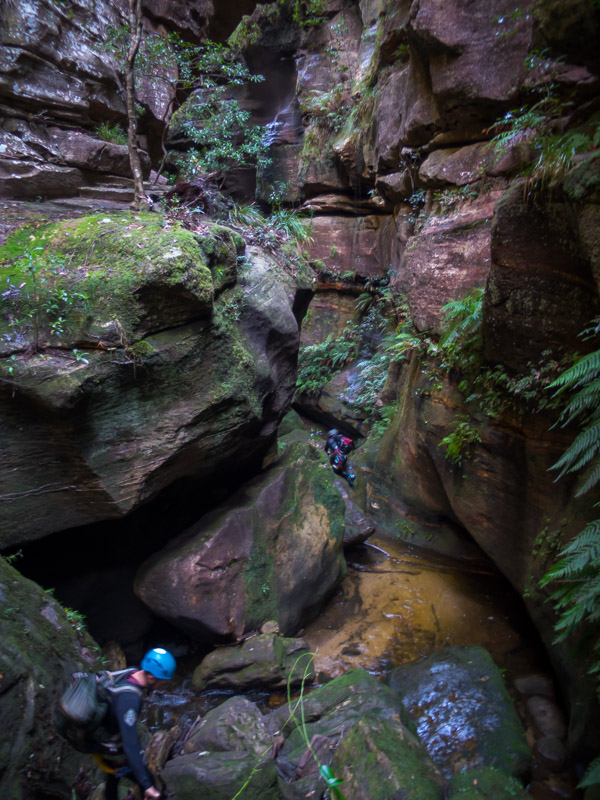 Approaching the Black Hole of Calcutta in Claustral 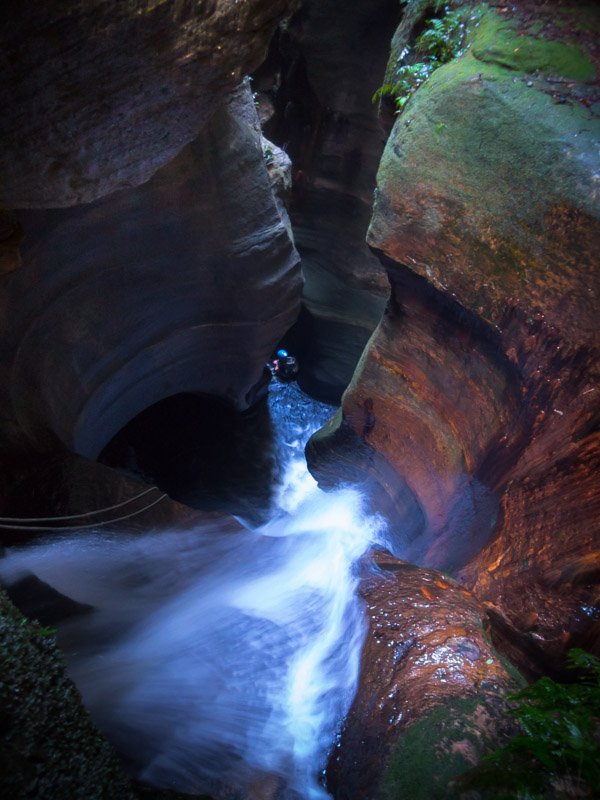 Jarrah at the bottom of the first abseil

Check out the contrasting water levels from Tom’s last visit in 2014. 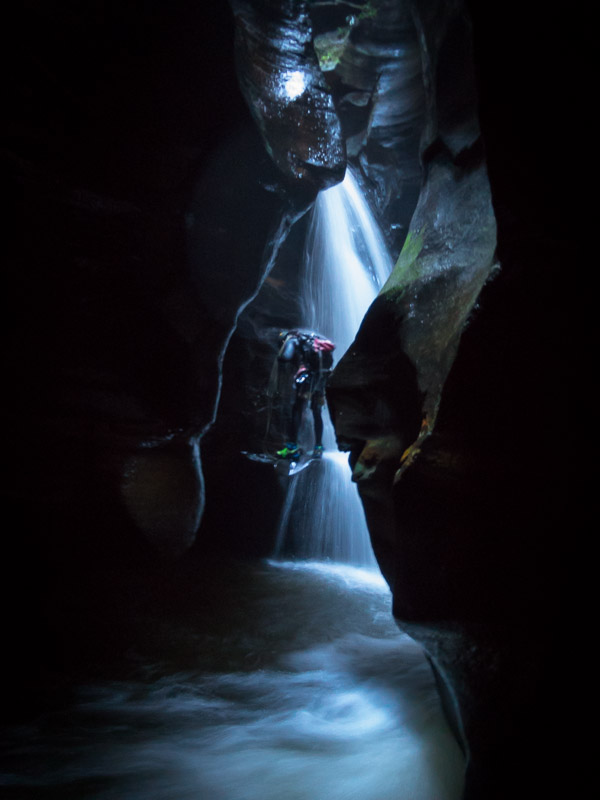 Evan coiling at the bottom of the second abseil 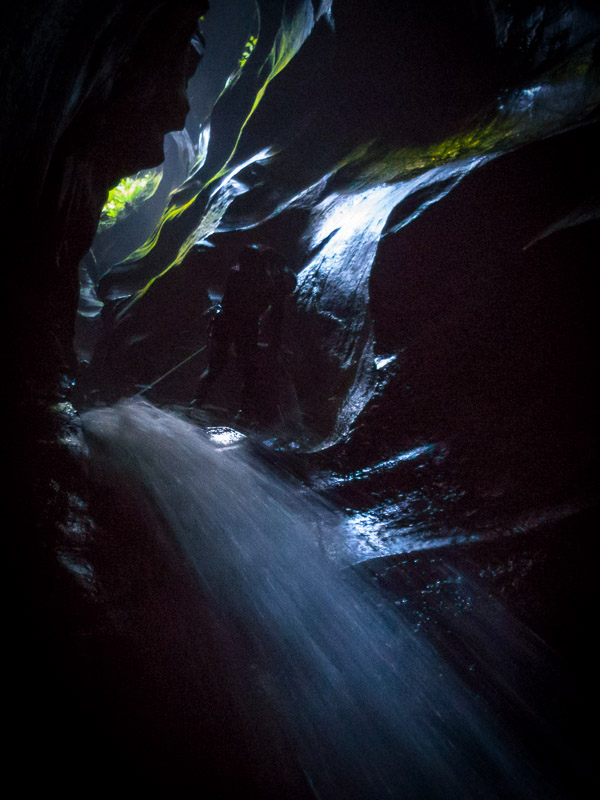 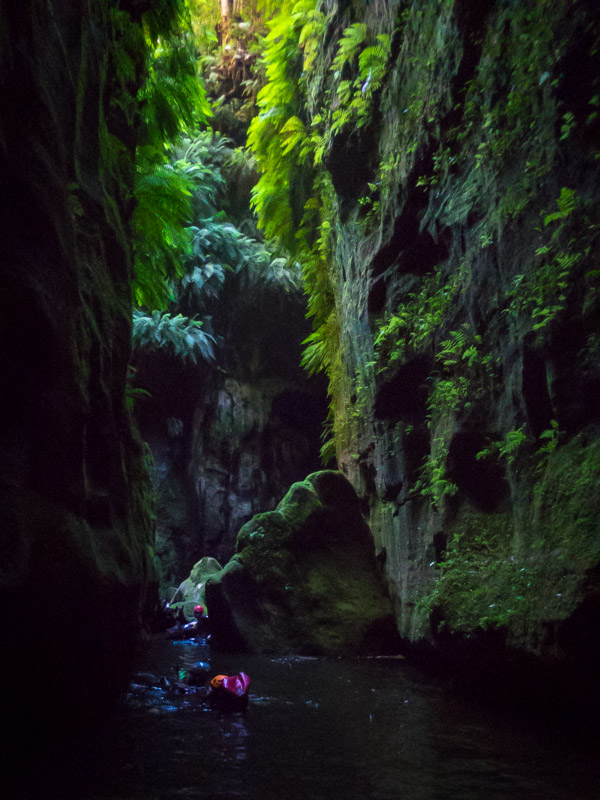 Looking back to the Claustral/Ranon junction 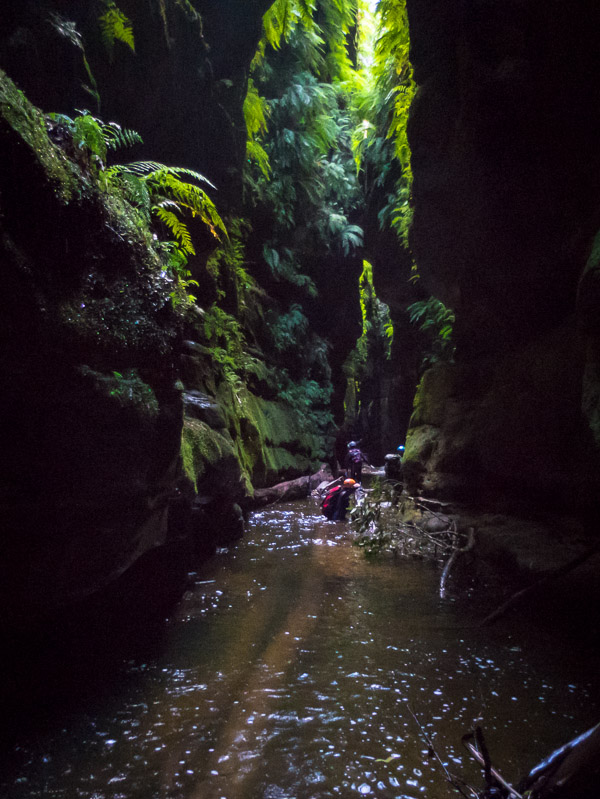 In the main gorge

Jarrah and Megan had to head home, while Tom, Evan & I camped at Mt Wilson on Saturday night. We woke to a grey, cool day. Perfect canyon conditions! Tom unfortunately wasn’t feeling great so decided to sit out Sunday. Evan and I headed to Lower Bowens Creek North Canyon. It’s a great canyon and while the water was up you can avoid abseiling in the main water flow. 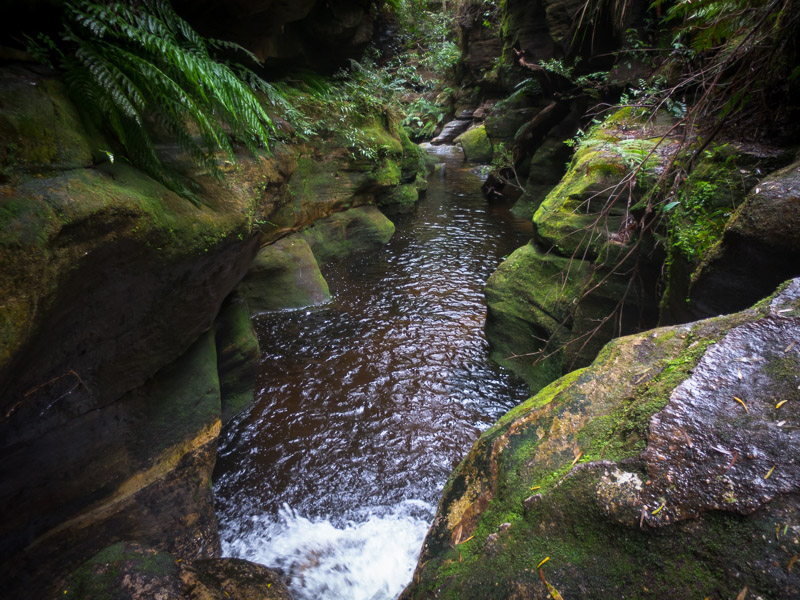 The start of the canyon 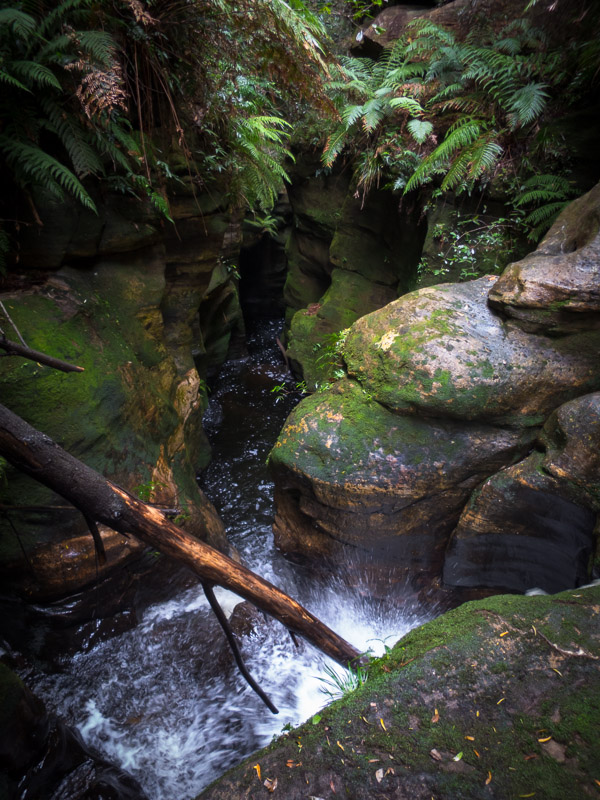 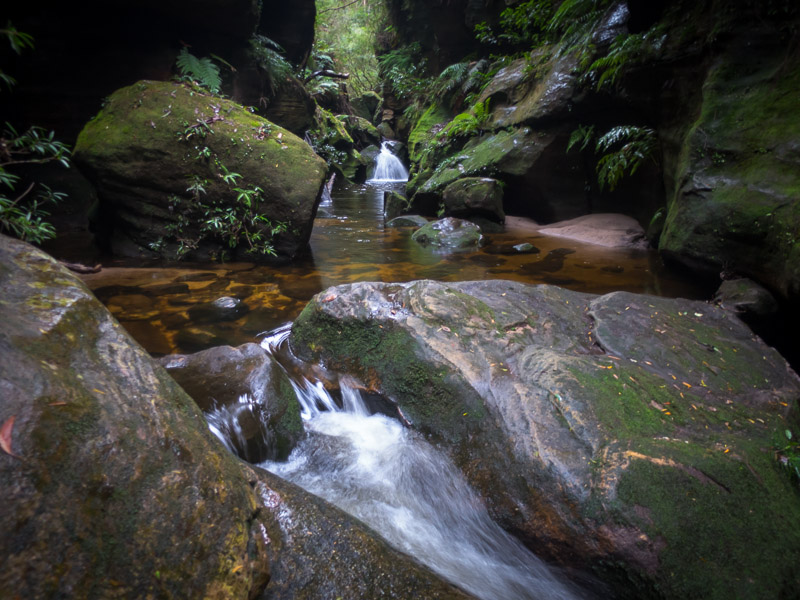 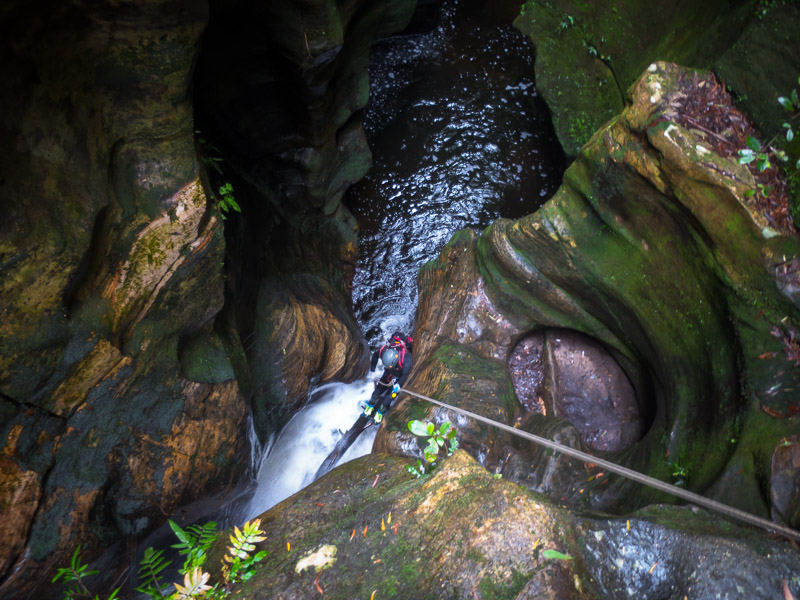 Evan on the first abseil 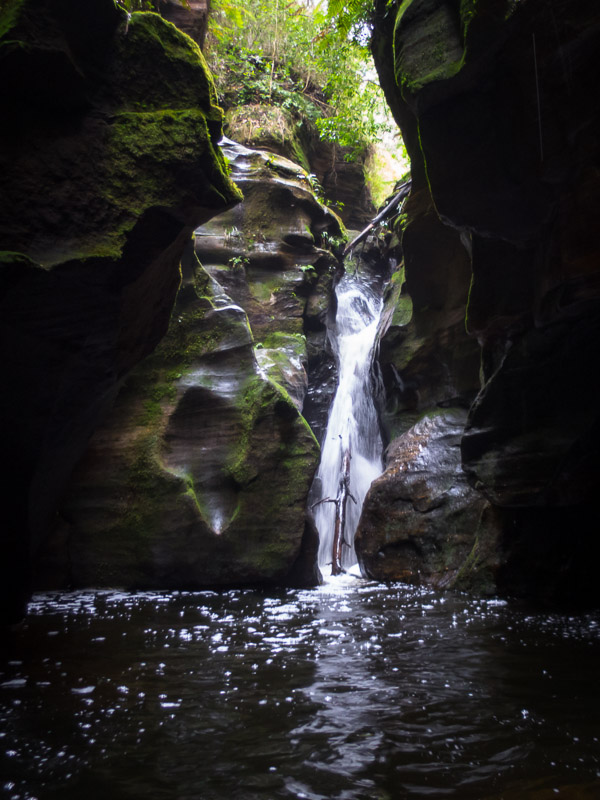 Looking back at the first drop 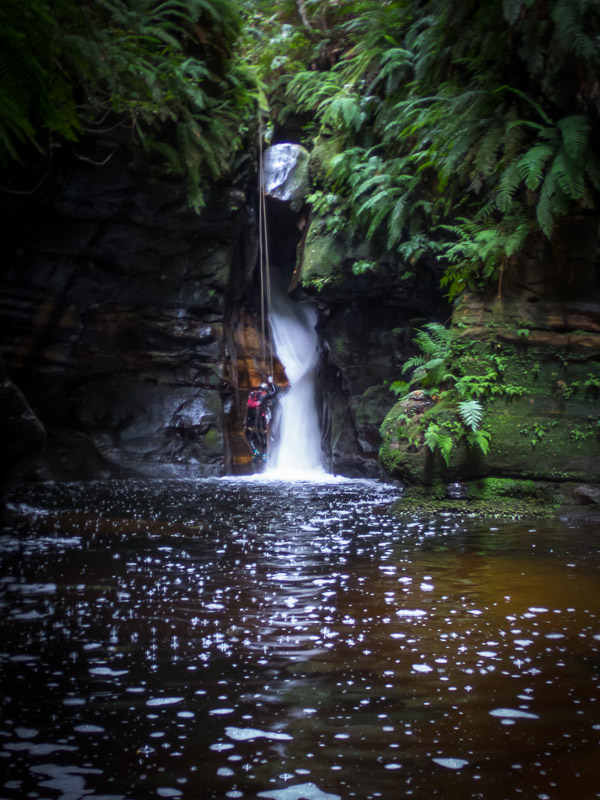 Evan pulling the rope on the second abseil

Contrast the amount of water in the above photo with this photo of me in the same spot on a different trip. 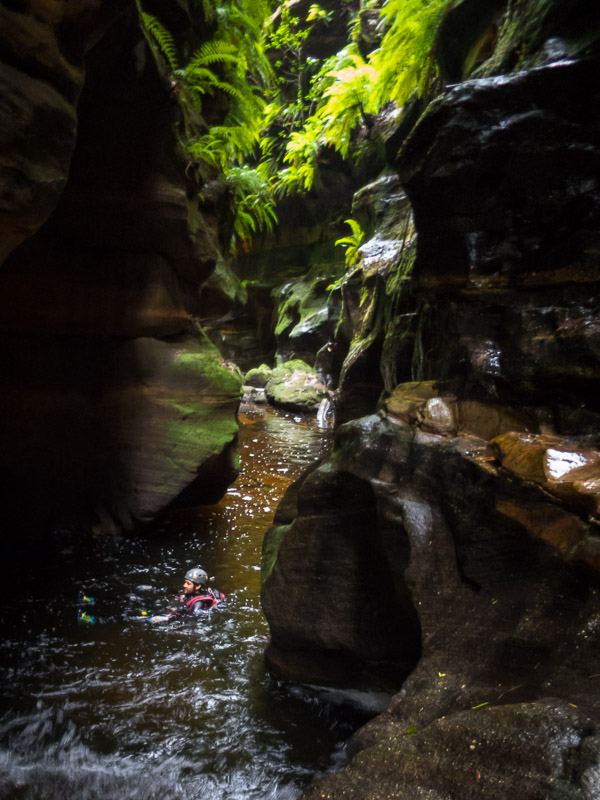 Swimming in the canyon 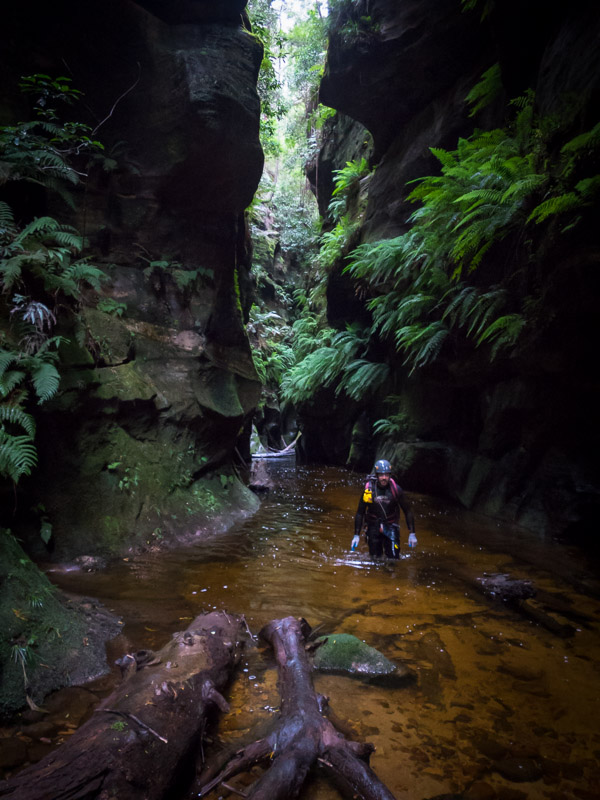 Near the end of the narrows