Last year – 40th party got Covid’d. Was I going to do anything to make up for my lack of big party last year? Nah, not interested, had been my response to anyone who asked.

But then I went to Nationals this year. Didn’t play. But hung out with lots of friends and remembered why frisbee has been such a big part of my life for over 20 years. The AirBnB trawling started almost as soon as I got home from Nationals. When I found the Goulburn Railway Barracks I knew something had to happen. A tournament without any frisbee was the vibe I was going for.

Unfortunately in the days leading up to the party Sydney had the start of another Covid cluster. Melbourne was on its way out of a lockdown which was causing uncertainty as well. Lost a couple in the week before.

Then lost a couple more on Friday 🙁 I don’t think we appreciate how much peace of mind it gives us NSW residents to travel when we know Gladys will always let us back in.

Friday night – we cracked a magnum of 1995 Penfolds 389 and waited for the guests to arrive. The wine was ok, nothing too amazing – you could argue we were lucky it was drinkable! The Friday night arrivals trickled in, glad to be out of the wild weather most of them had driven down in. 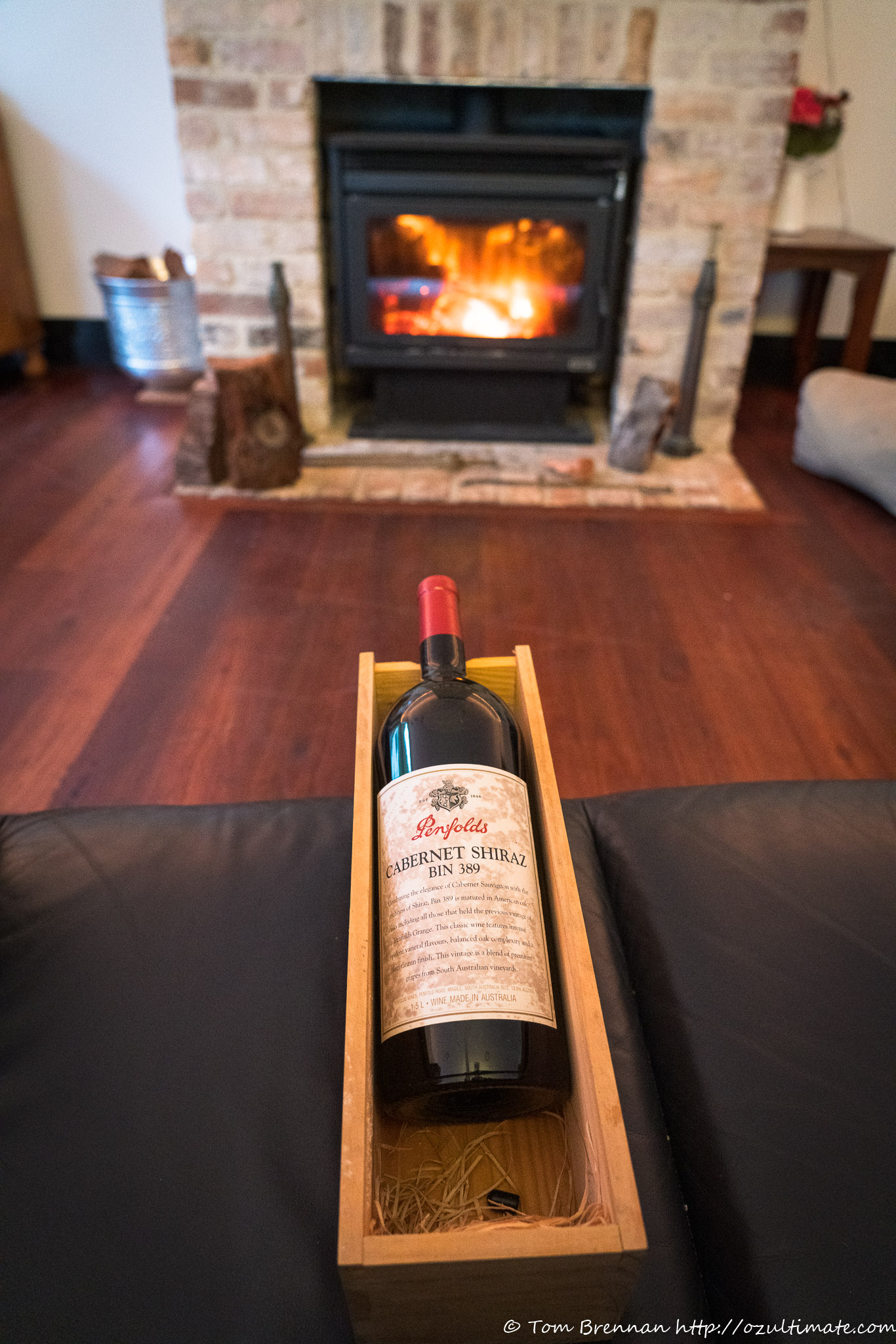 A long time coming for this magnum

There was incomprehension from some about why anyone would want to do parkrun. But with an 8am start (unlike 7am for my local one) why not? The course was along the beautiful Wollondilly River Walkway – a chilly, but still and sunny morning for the 4 of us who braved it. Ant ran there because, you know, 5km isn’t enough. I had claimed I would be walking it, but got about 5 seconds in and informed Annie I was going to jog. And jog I did the entire way – first run without calf issues since the calf tear from February which put me out of Nationals.

Somewhat confused look from Mark, while fumbling with his watch.

Ant on the brutal uphill finish to the Goulburn parkrun

I would like you to think that since I was taking photos of Ant finishing that I had finished before him. However, for full disclosure after his 20:35 run, he went out for a second (partial) lap. More parkrun photos on the Goulburn parkrun facebook page. 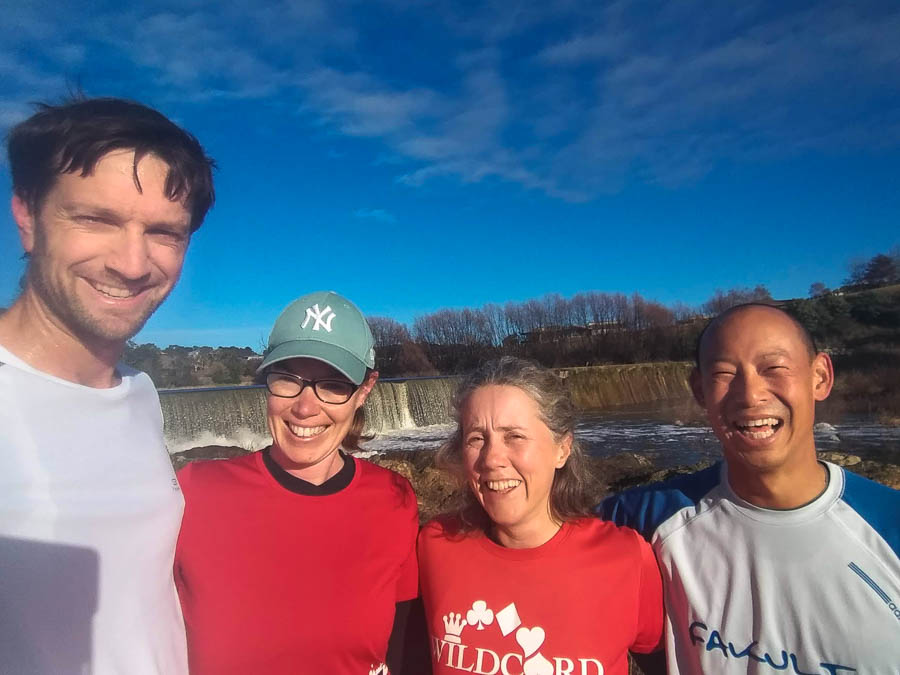 After picking up our post-run coffees, it was time for the Quiz. There was hope for a perfect score.

But today was not our day. We missed questions 8, 11 (though there as a large amount of time spend on remembering the only JM Coetzee title our collective group could think of… only for it not to be the right answer!), 14, 25. Had Disey arrived earlier she would have nailed 25 for us, so maybe we can advance the score from 21 to 22??? 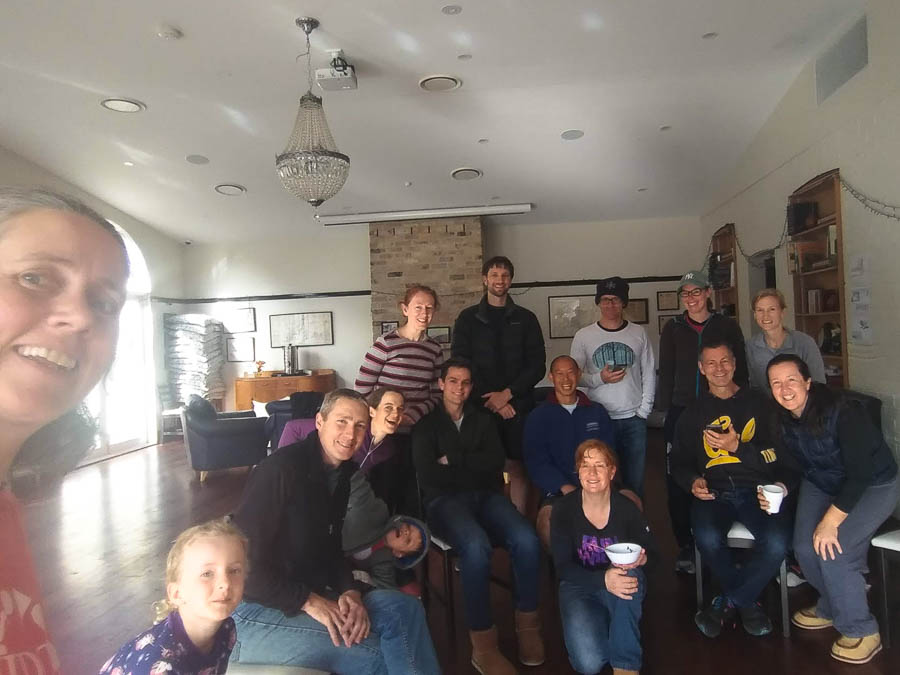 Post-quiz was herding cats time. Eventually everyone was in a car on the way to Bungonia National Park for a bushwalk. We meandered our way around the Green Track, stopping for lunch at the Adam’s Lookout picnic area where James & Naomi managed to join us. Tom has photos from the bushwalk. 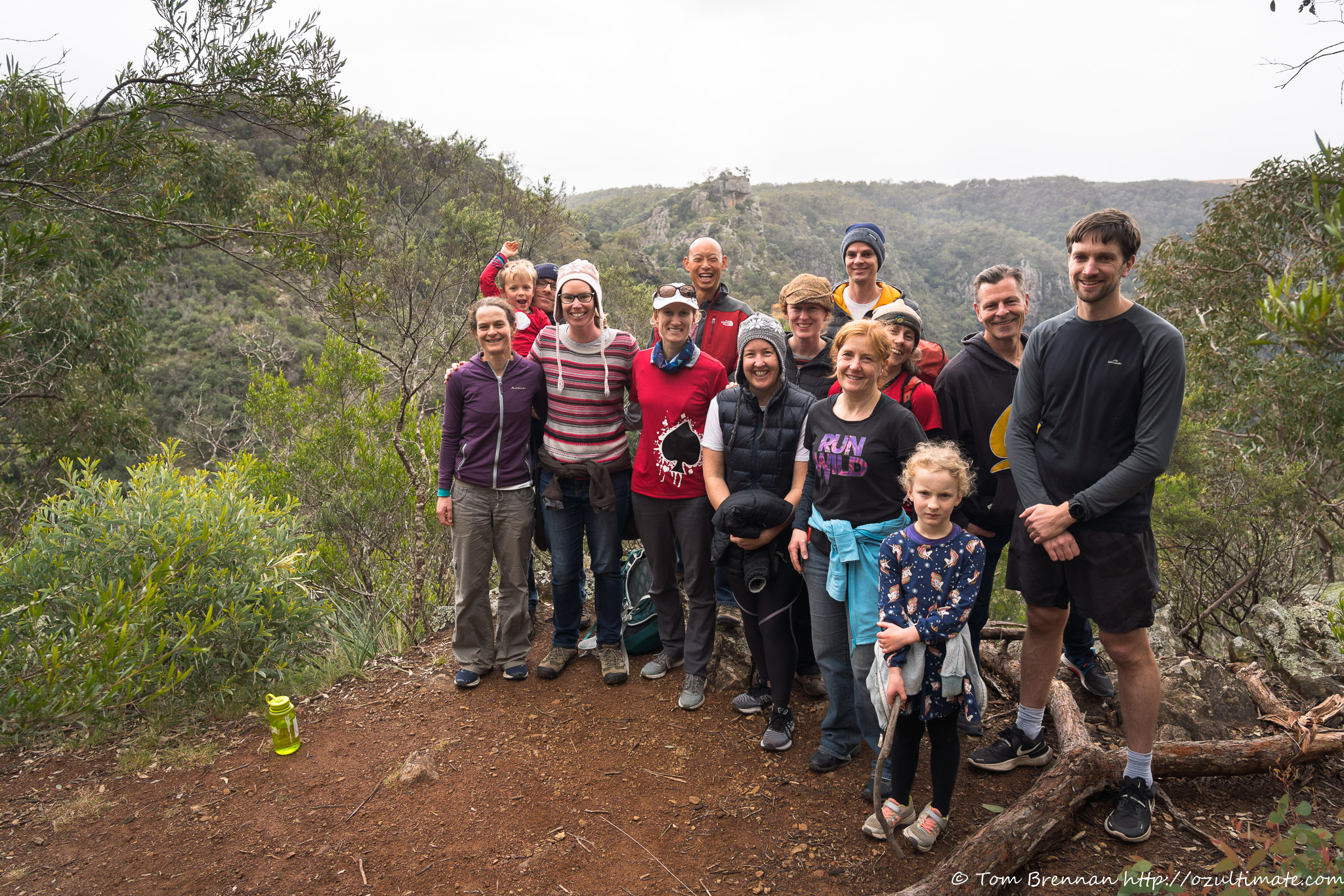 Back at the Barracks it time for some photo board viewing, and a look at the 41 Questions About Rachel.

There was almost a mutiny as I declared there was no drinking until you were in your costume. However, put the right incentives in front of people and they soon do the right thing. 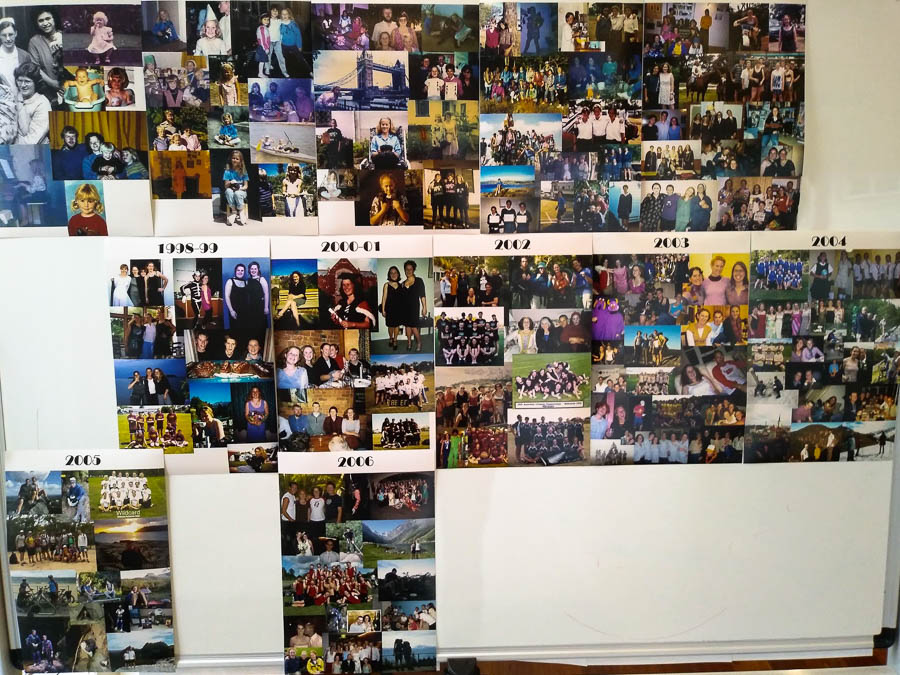 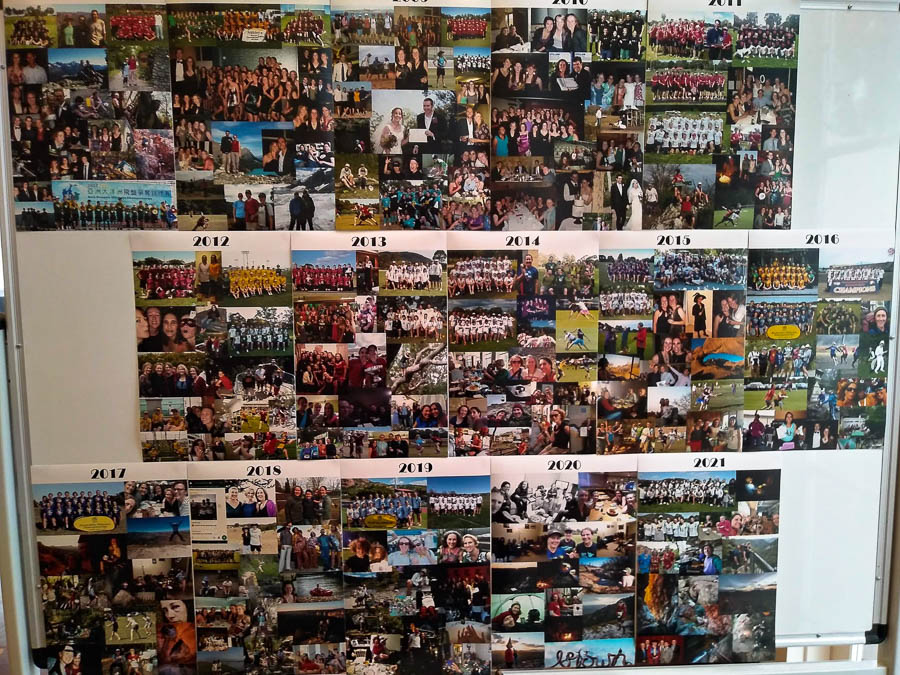 I think I can say a good time was had by all. It was a sad moment when AC/DC’s You Shook Me All Night Long came on the play list. This song has a special place in the early Wildcarders hearts and in particular takes us to thinking of Nic Footer. We did our best to belt out the Wildcard lyrical variant, and do it justice in Nic’s absence.

The dancers went hard for 2 hours but had to call soft time-cap at midnight, with hard time-cap following after the classic I Will Survive. Some of the non-dancers pushed on well into the wee hours.

Tom has photos on his website of the party.  Though I have nicked the one below to illustrate this post. 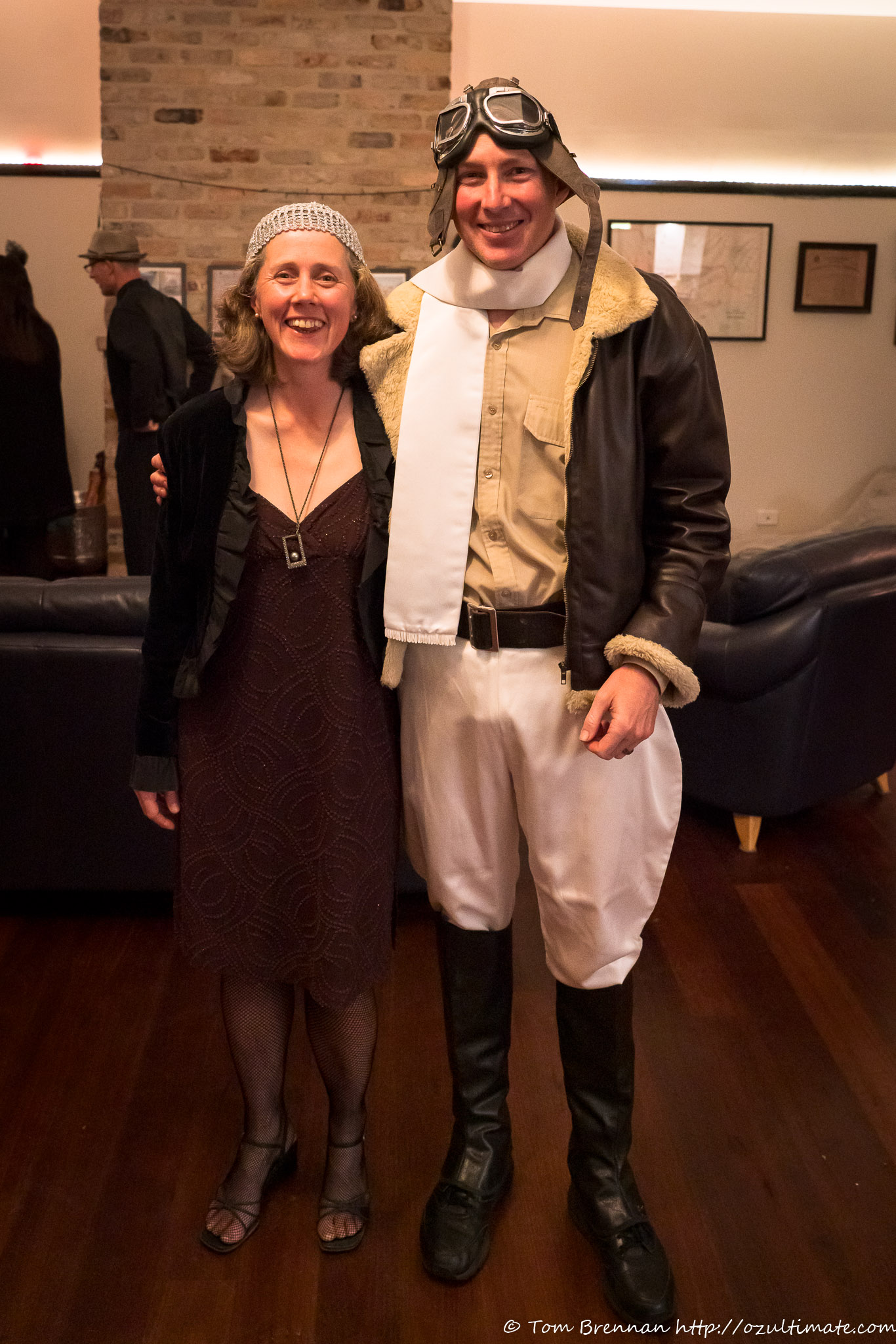 Tom and his band of kitchen helpers had a production line of ham & cheese croissants and waffles produced for Sunday breakfast. We enjoyed another sunny, still morning in Goulburn (BTW it was miserable in Sydney all weekend), before eventually hitting the road home.

Top weekend had – thanks everyone for coming and getting into the spirit of things.

And for the record the top 5 scores for the 41 Questions: