I’d been searching for a new walk to put on the SBW Program back in November when the Summer Program was being compiled. Flicking through the Wild Swimming Australia book I’d seen Jingga Pool and Minerva Pool but with both being short walks from the car park they didn’t quite fit the brief for an SBW trip. Instead I made up a route which followed fire trails that paralleled O’Hares Creek before we’d bashing to the creek and following it downstream.

The day started fairly uneventfully, the most difficult obstacles of the day being large golden orb spider webs which covered the track. 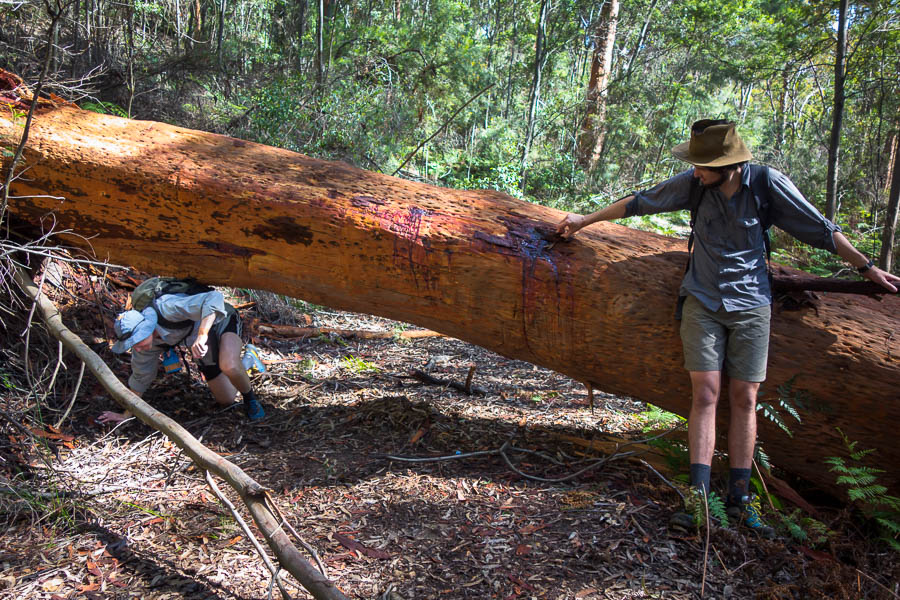 We arrived at O’Hares Creek in time for morning tea, at a lovely pool. Of course it didn’t take Alex and Tom long to get in. 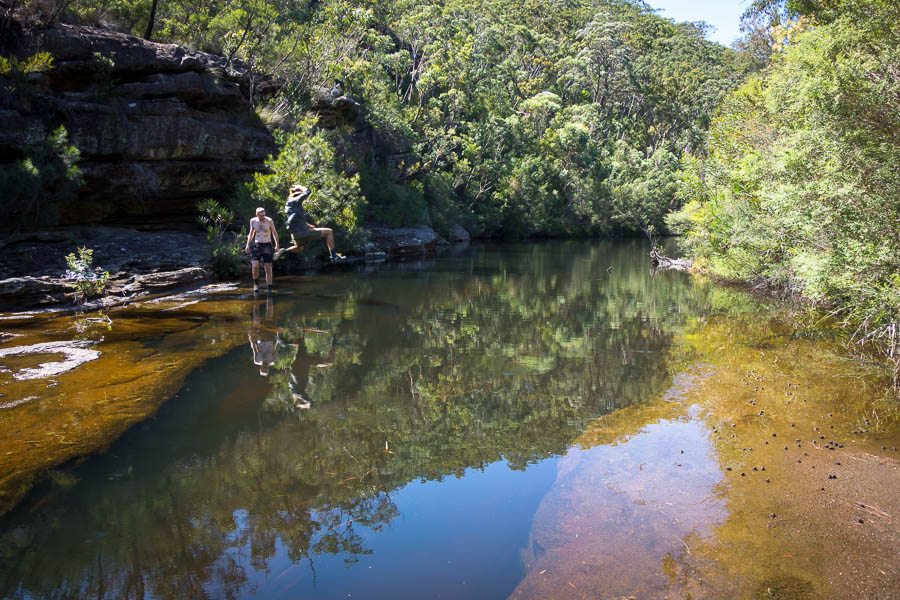 After morning tea we were straight into the swimming with a large pool to cross to continue downstream. And so the pattern was set – swim, walk on some rocky slabs, squeeze through some river gums, and on we went. It felt like there was more swimming than walking! The banks were not looking great for walking so we generally stuck to the creek. 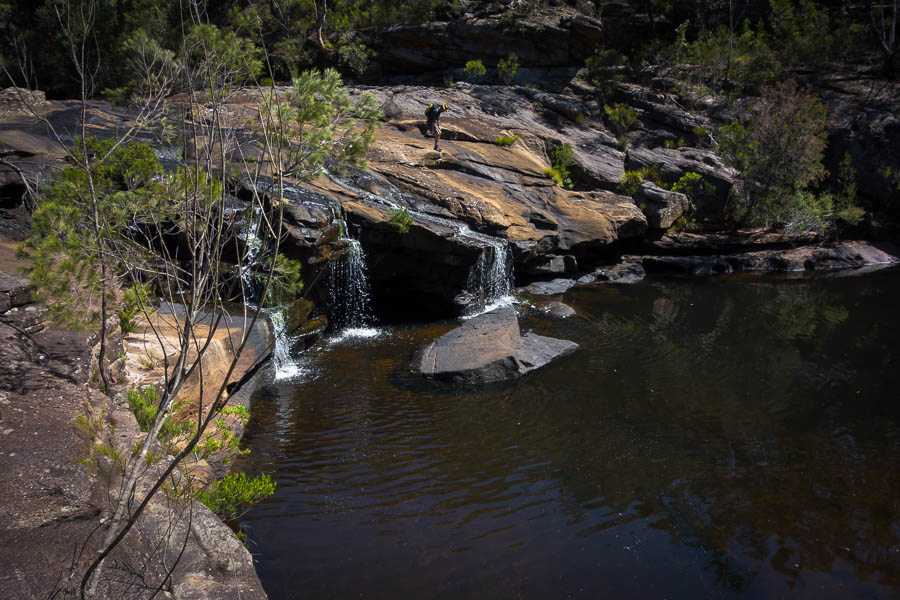 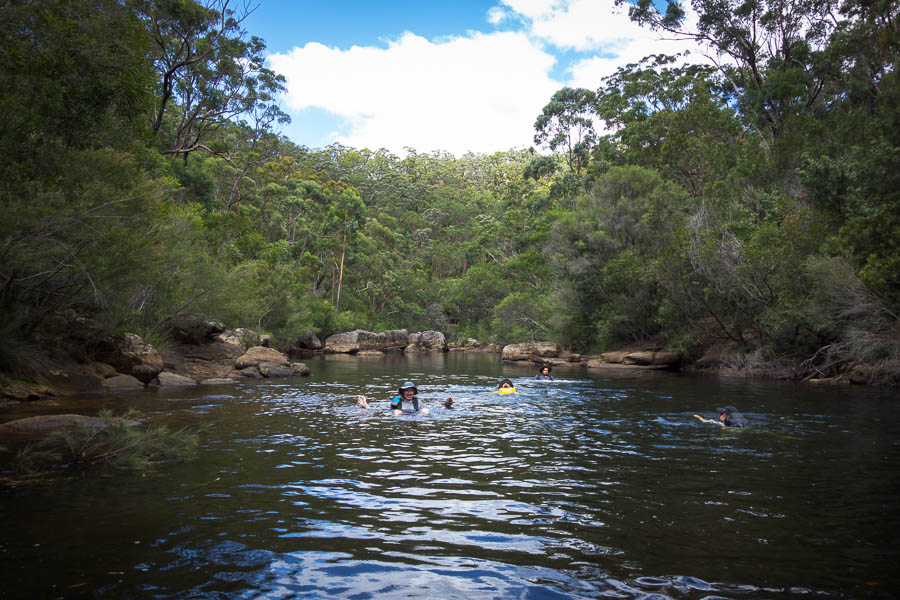 One of many swims

At one point despite there being a perfectly good jump rock Alex decided he was going to jump out of a tree. It provided us with a lot of entertainment… 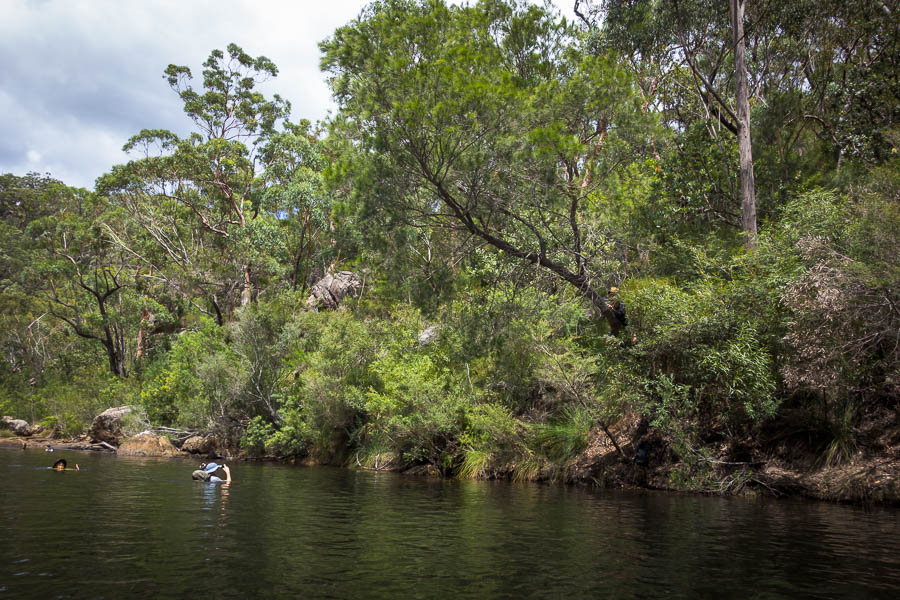 What’s that in the tree? 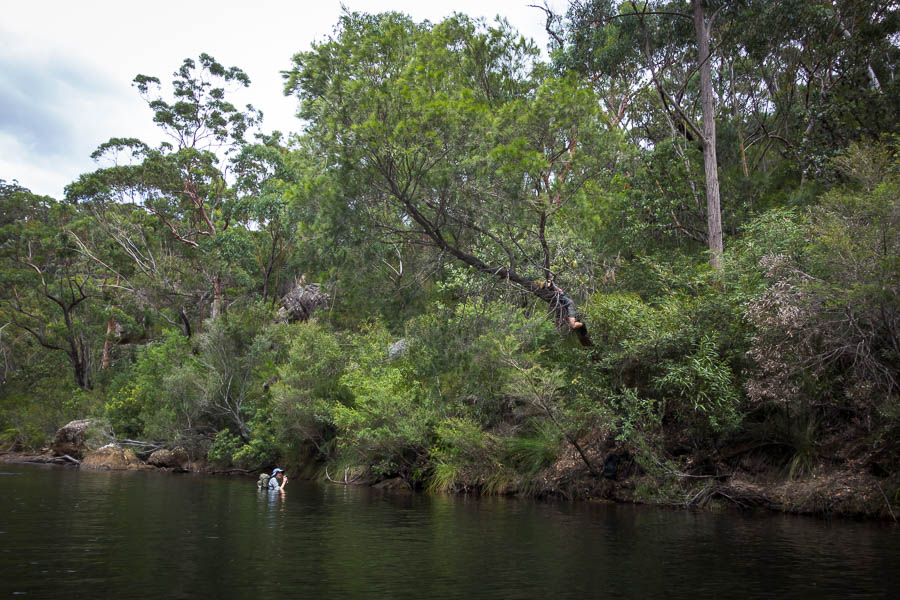 Is it a leopard? 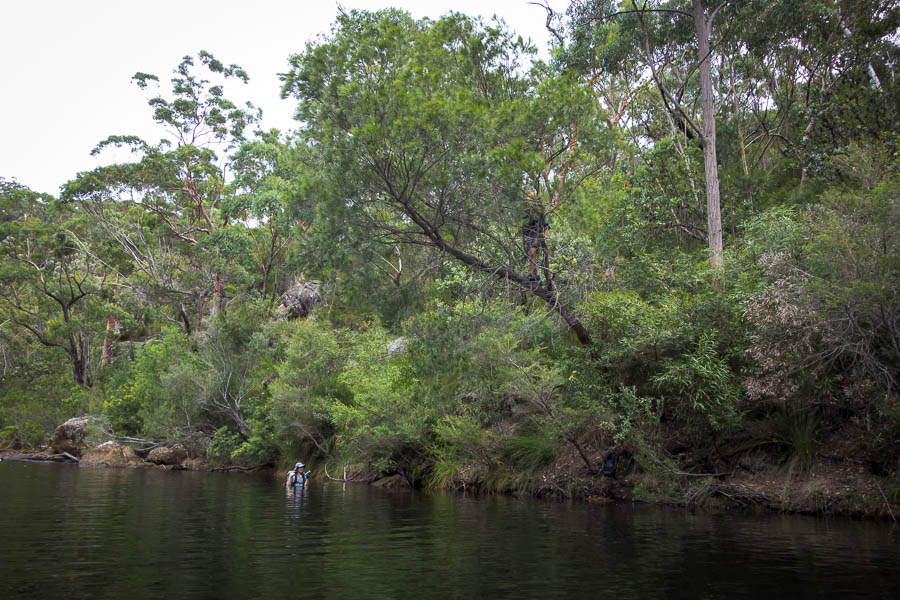 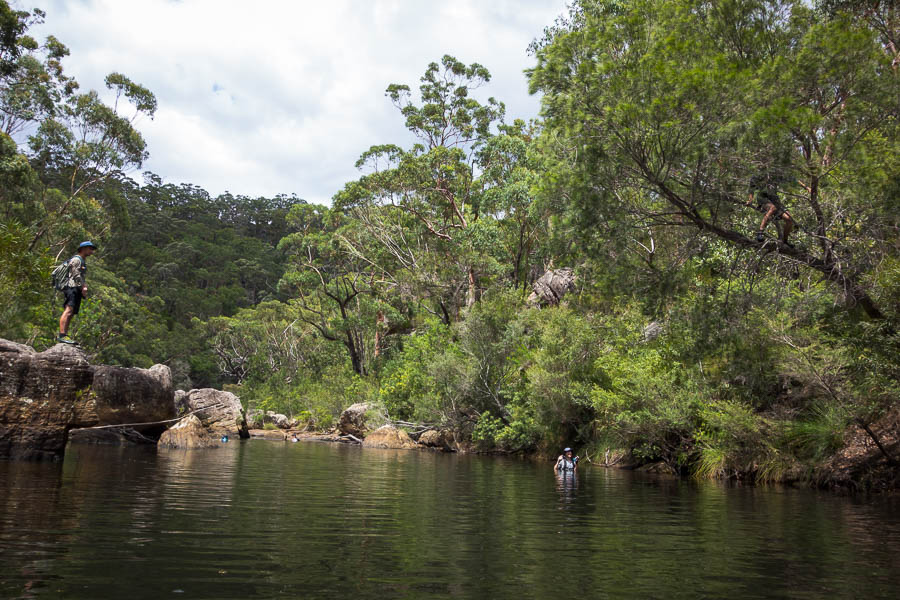 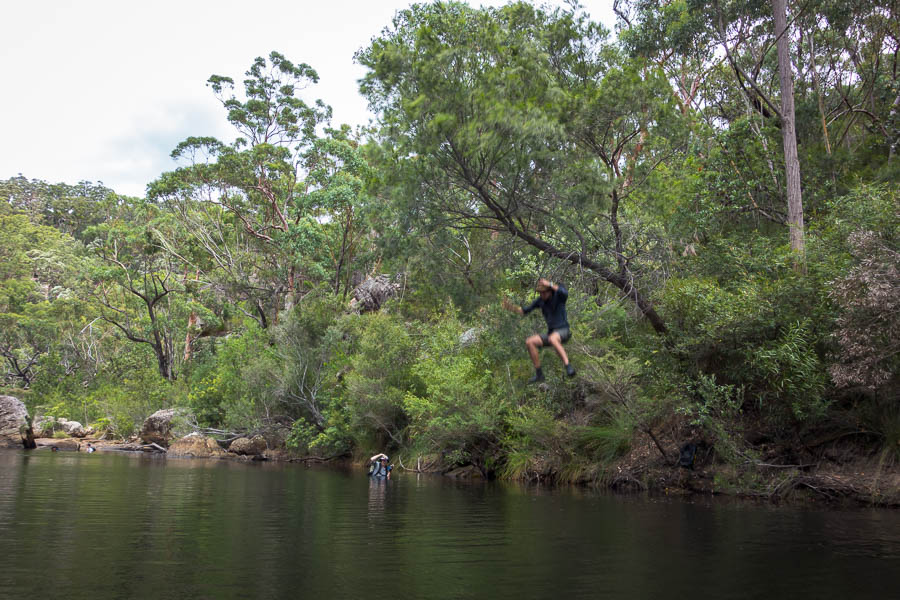 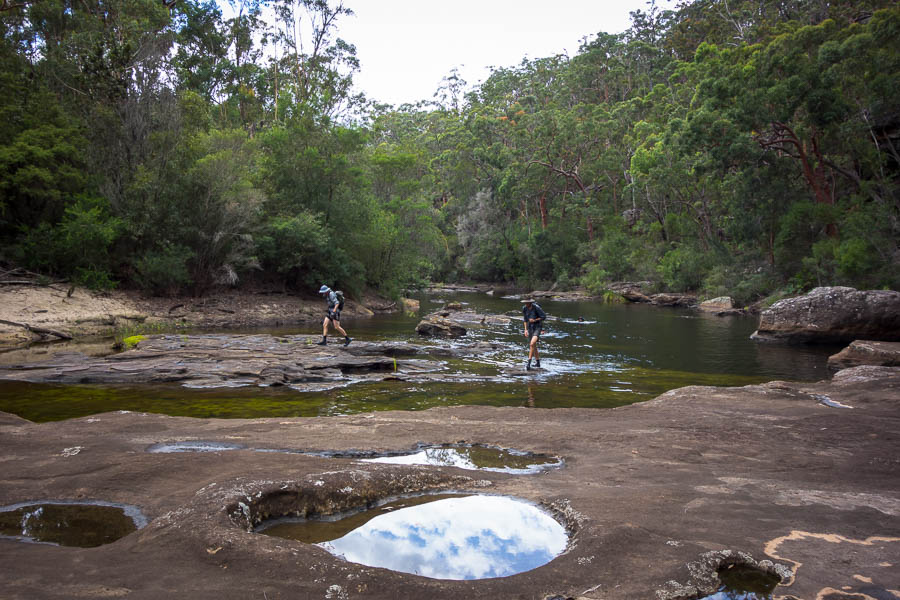 Exiting after another swim 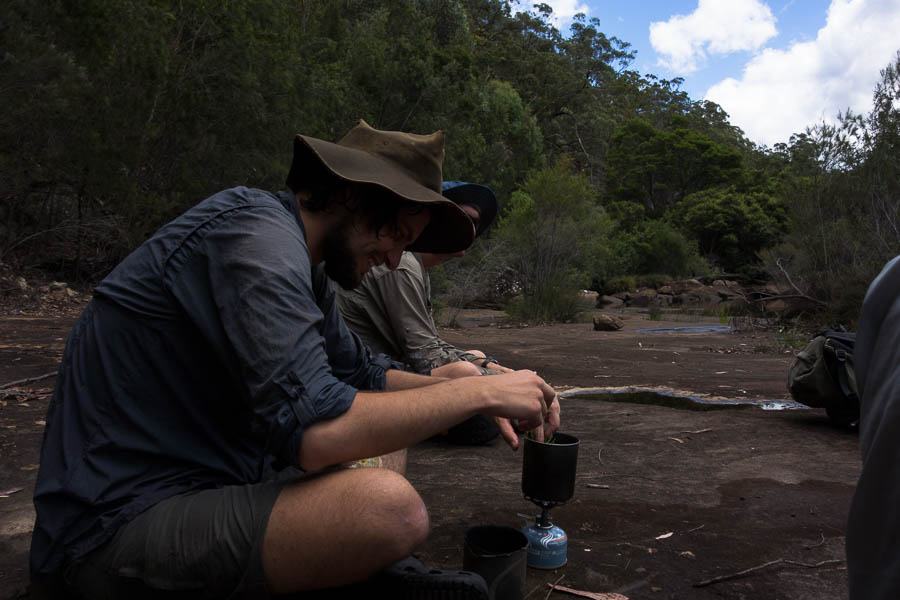 We had a relatively early lunch since there were potential storms forecast and some clouds had started gathering. Looking at the map I concluded we’d only covered 1.5km in the 2 hours since morning tea. With over 3km to go we were unlikely to be having an early finish!

It’s only lunch time and they already look exhausted! 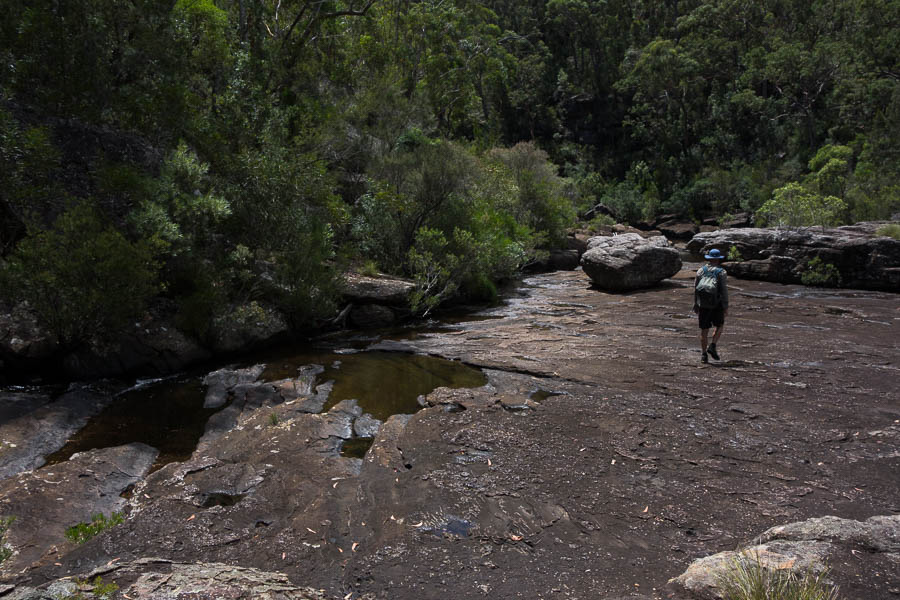 Vivien on a nice slabby section 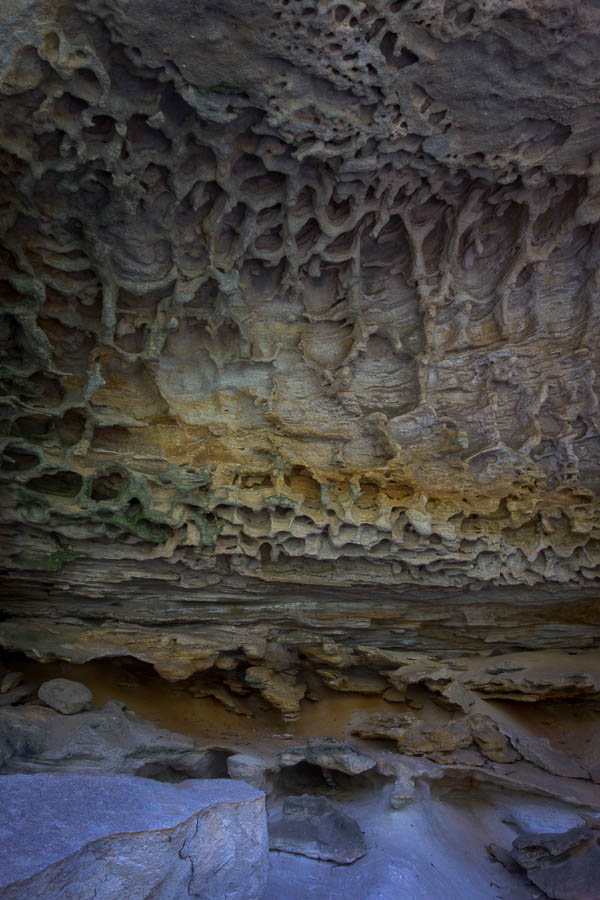 Fortunately the brooding clouds blew away and we didn’t get any rain or storms that had been forecast. Just a warm day (early 30s) which was good given how much swimming we were doing. 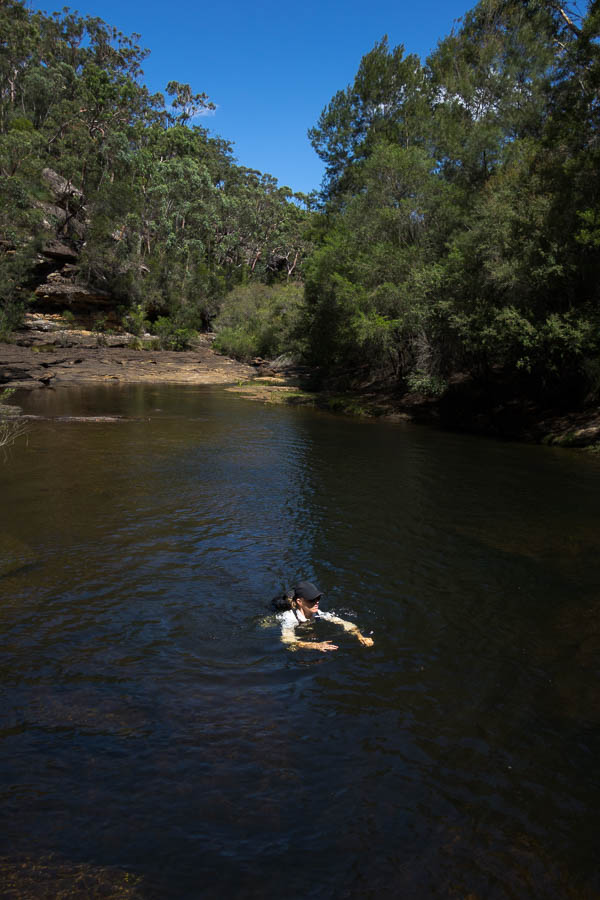 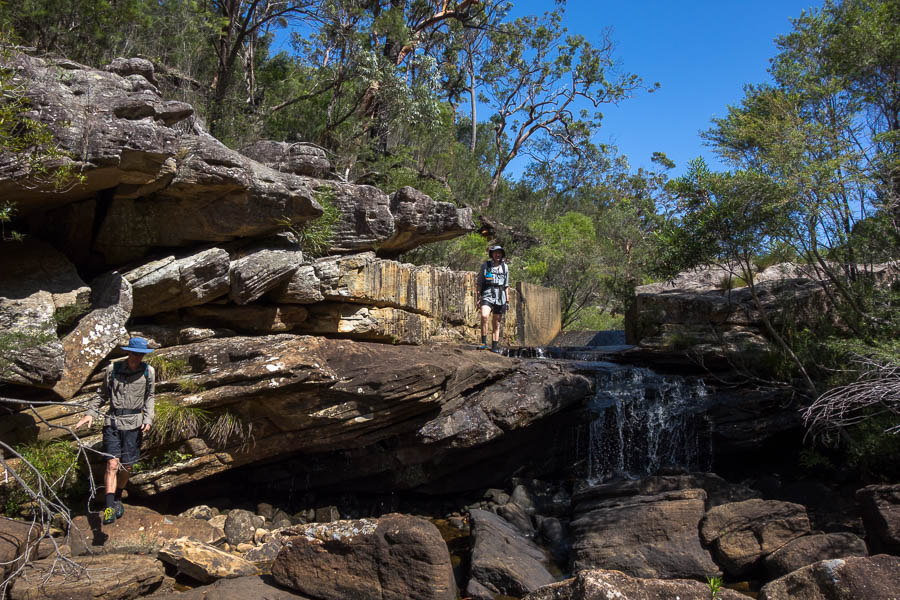 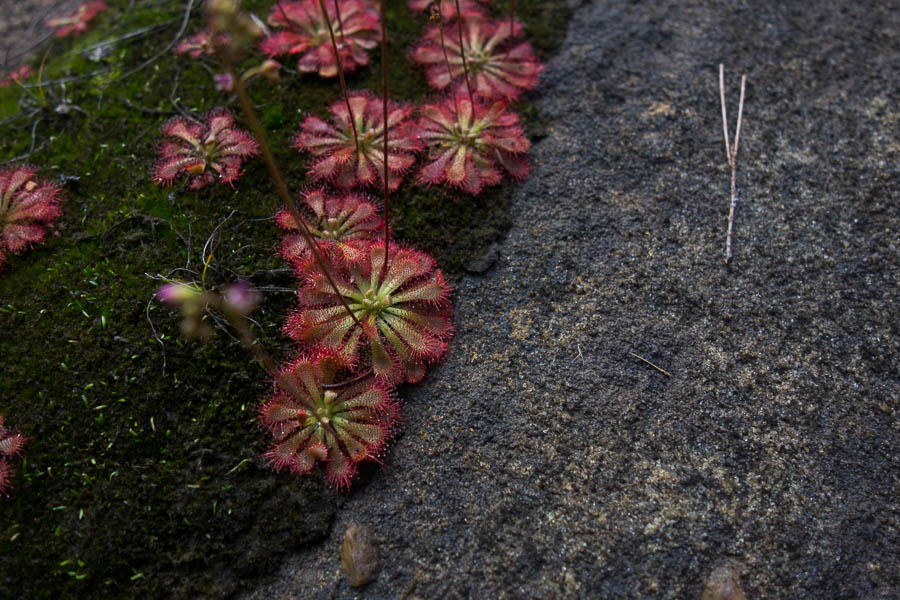 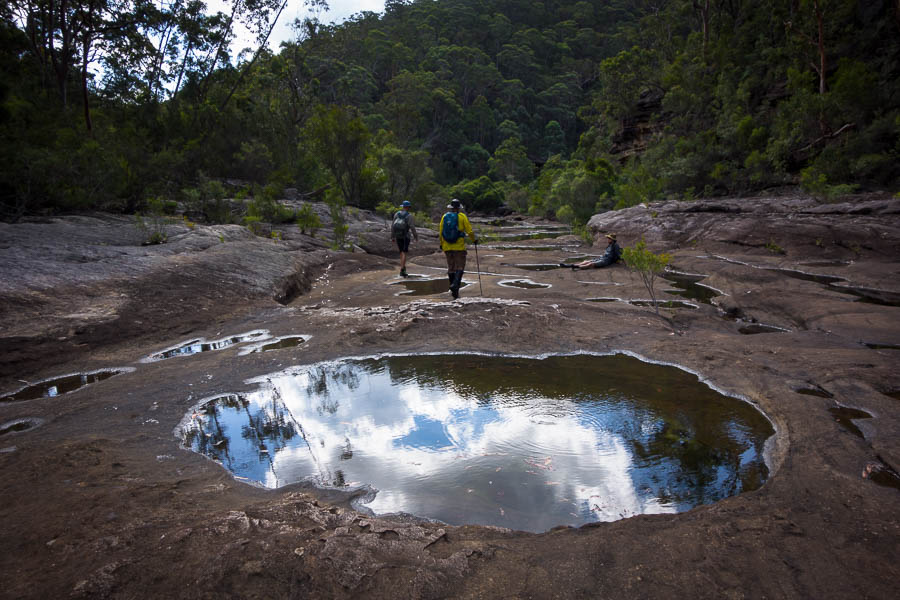 Nearing the junction with Stokes Creek 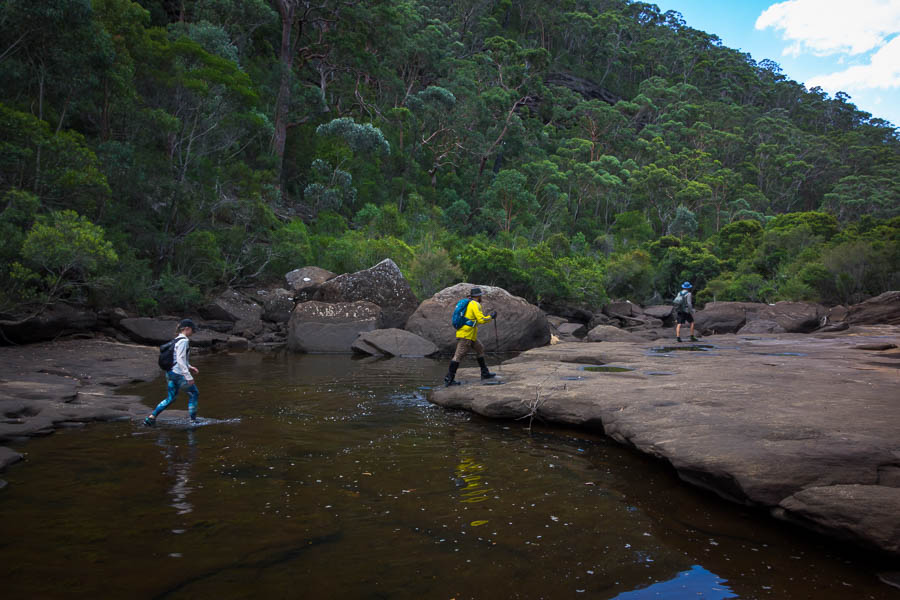 Eventually we made it to Jingga Pool, where unsurprisingly there were some other people. Alex was warned not to jump as the water wasn’t deep enough, but after depth testing, Alex was jumping (no surprises there). 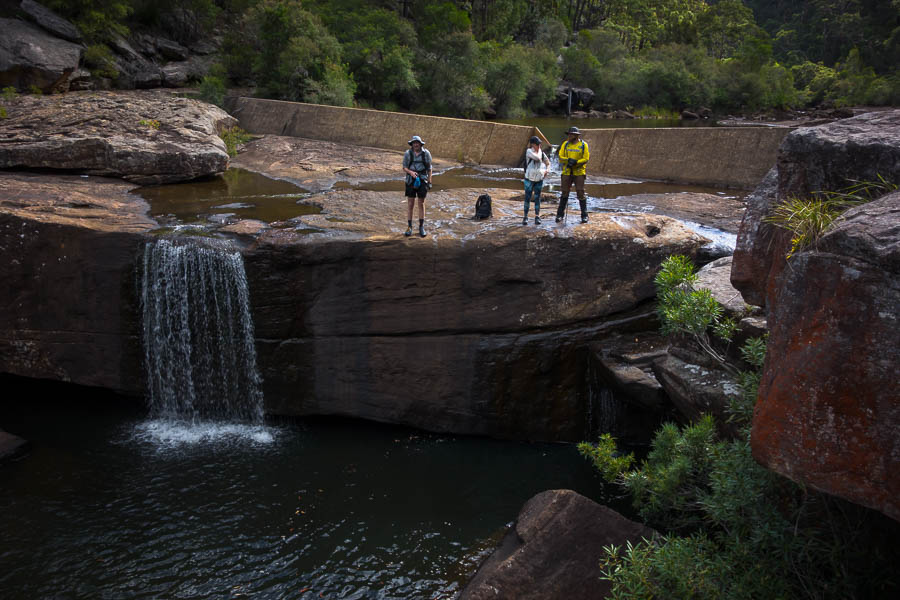 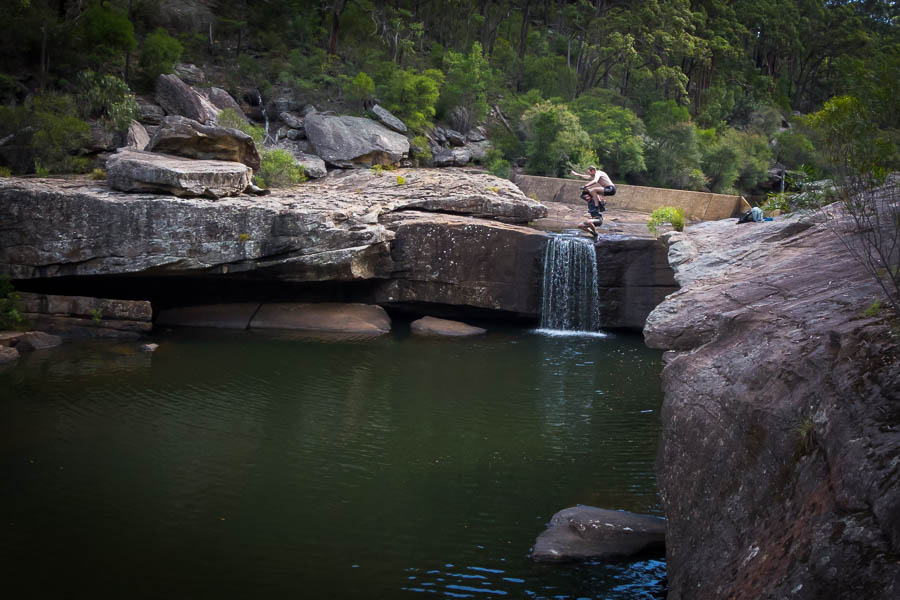 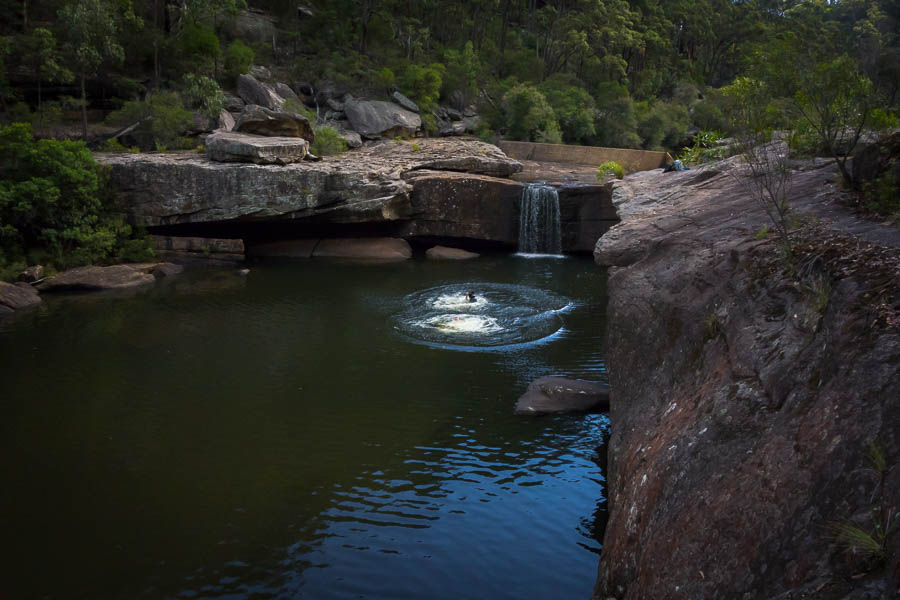 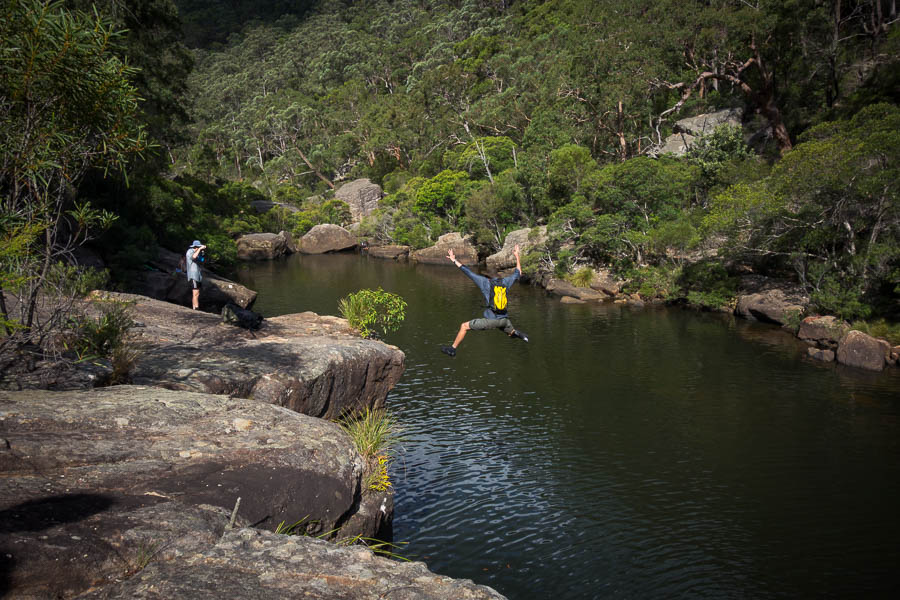 From Jingga Pool it’s only a short, but very steep, walk back to the car park.

A fun day out in a new part of NSW.