Just 5 days after getting back from our Africa trip was the October long weekend. Of course I needed to get away bushwalking! The trip was in the Deua NP 4-5 hours south of Sydney. After some fairly ordinary traffic getting out of town on Friday afternoon Caro & I got to camp at Snowball around 9:30pm. We had an early start Saturday with a big day ahead of us. The morning was spent descending to Woila clearing – it was fairly slow going with lots of undergrowth. 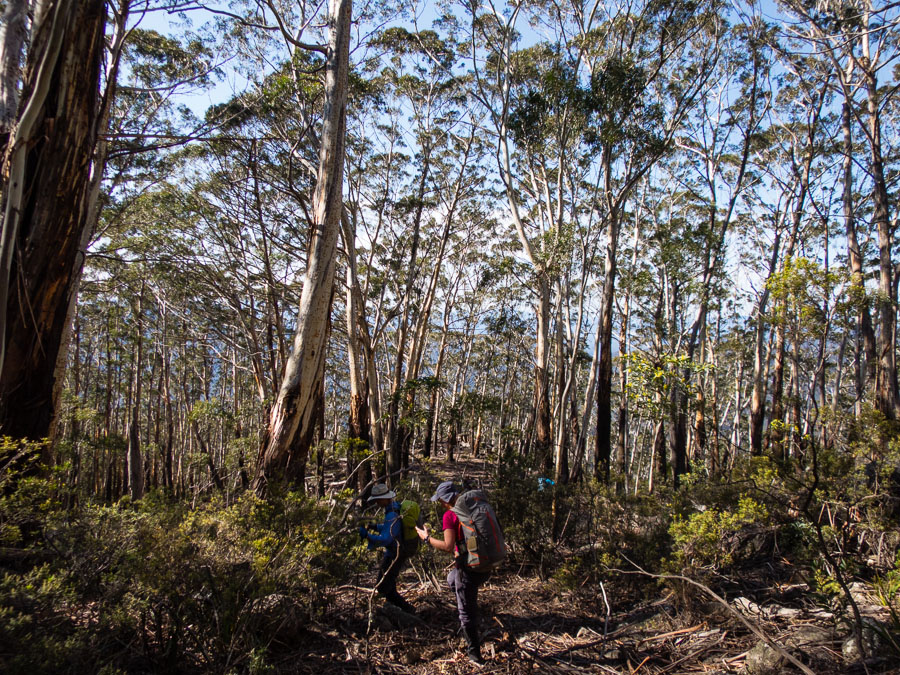 Lunch at the creek was most pleasant, if you ignored the evidence of cows. We hydrated as best we could, loaded up the water before starting on the ascent for the afternoon. 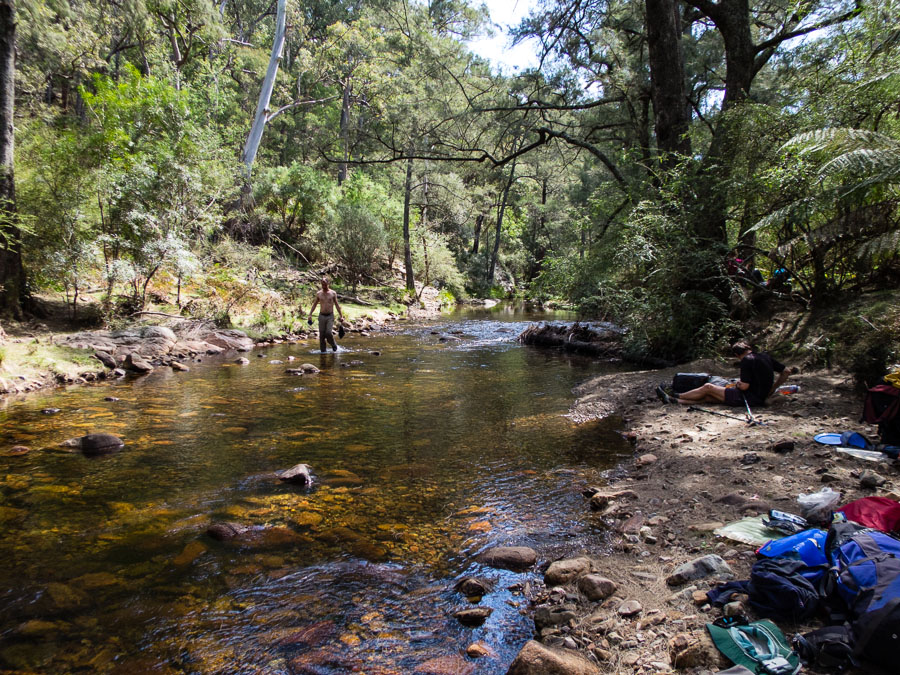 The afternoon was a constant slog up – and we were unfortunate that summer had arrived early – temperatures were around 30C. 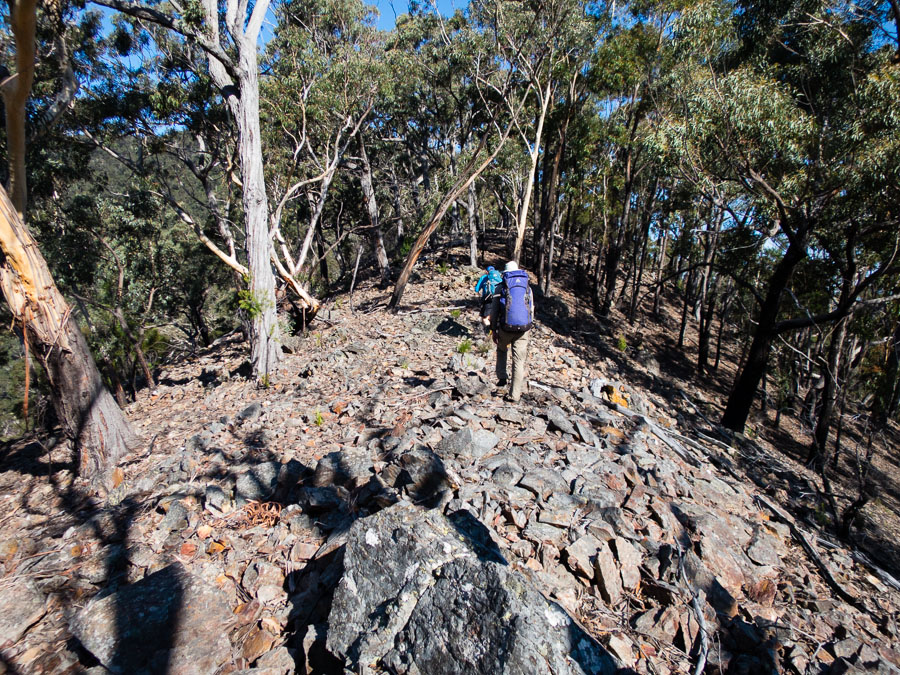 We got some fantastic views of our route – Scout Hat (right) and Tabletop (left) shown here. 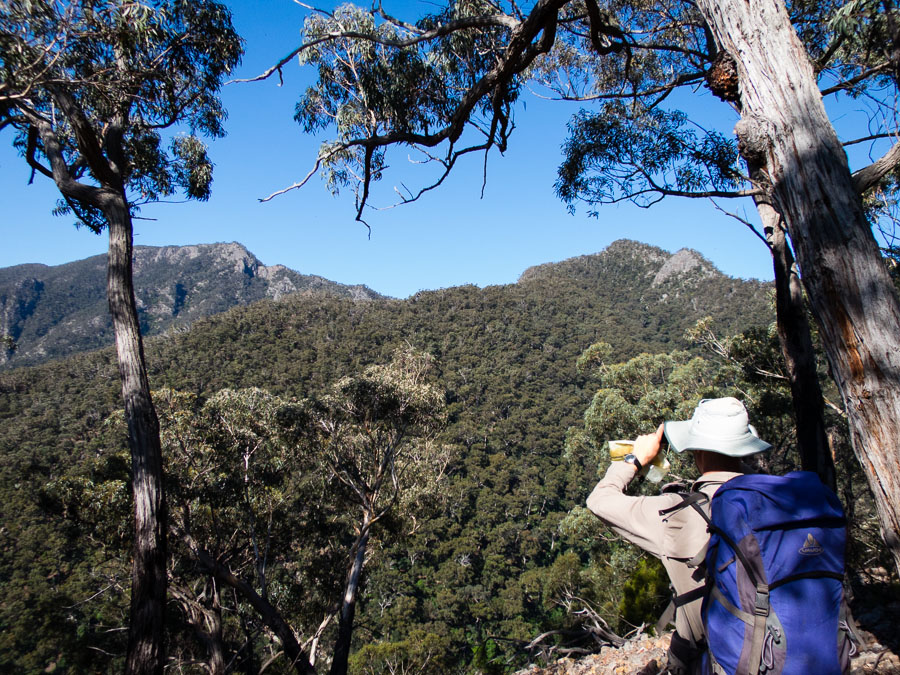 We ended up making camp well-short of our original goal. Camping in a saddle, our party of 8 found flat-ish spots where we could lie down for the night. It was very windy during the night which led to a mostly sleepless night. 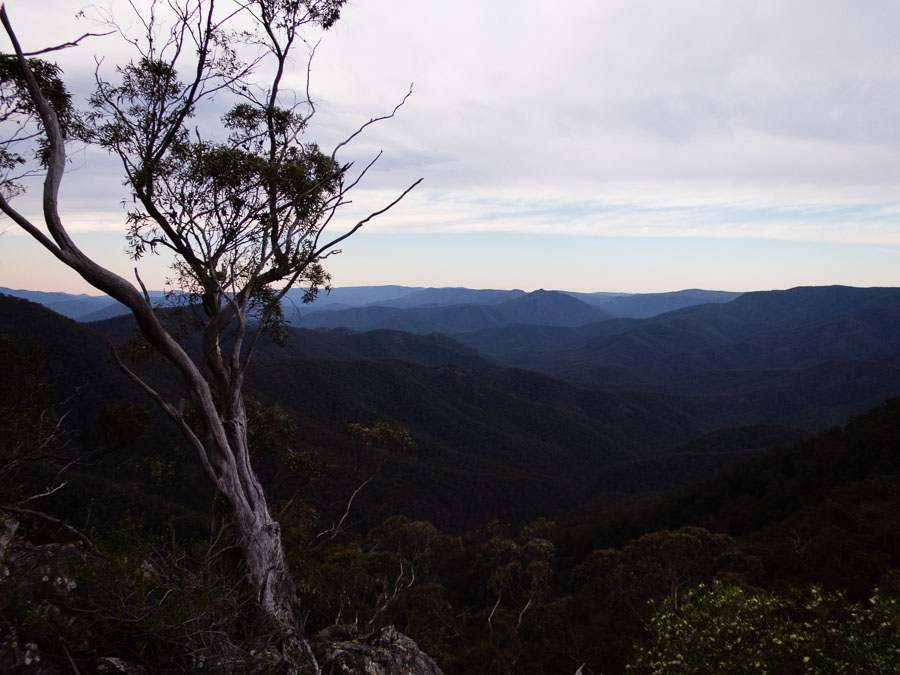 Another early start – with the immediate challenge of ascending Scout Hat. 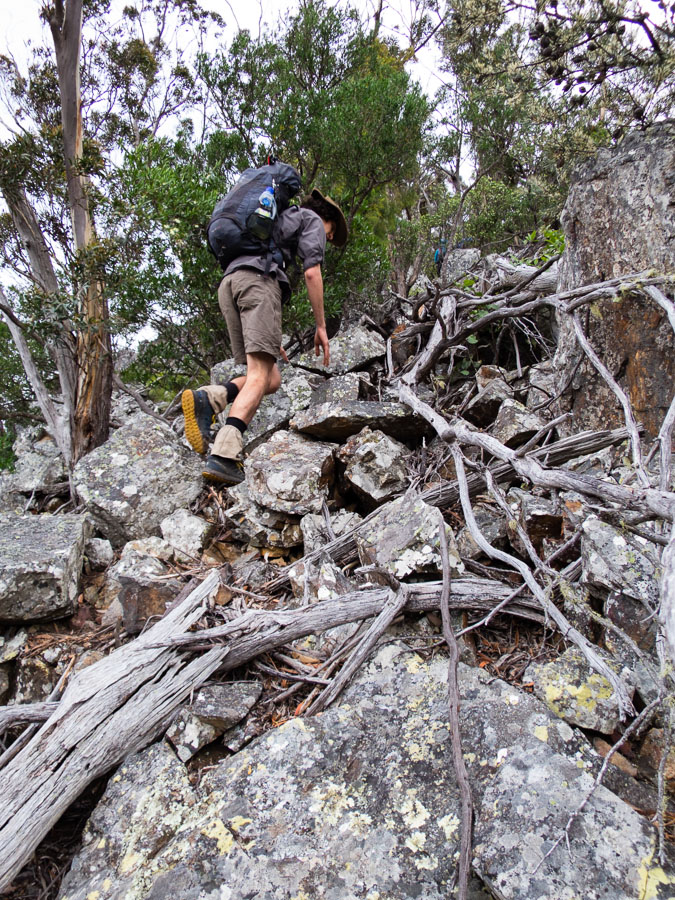 There was exposed scrambling on narrow ridges. The wind hadn’t really let up so it all felt a little precarious! 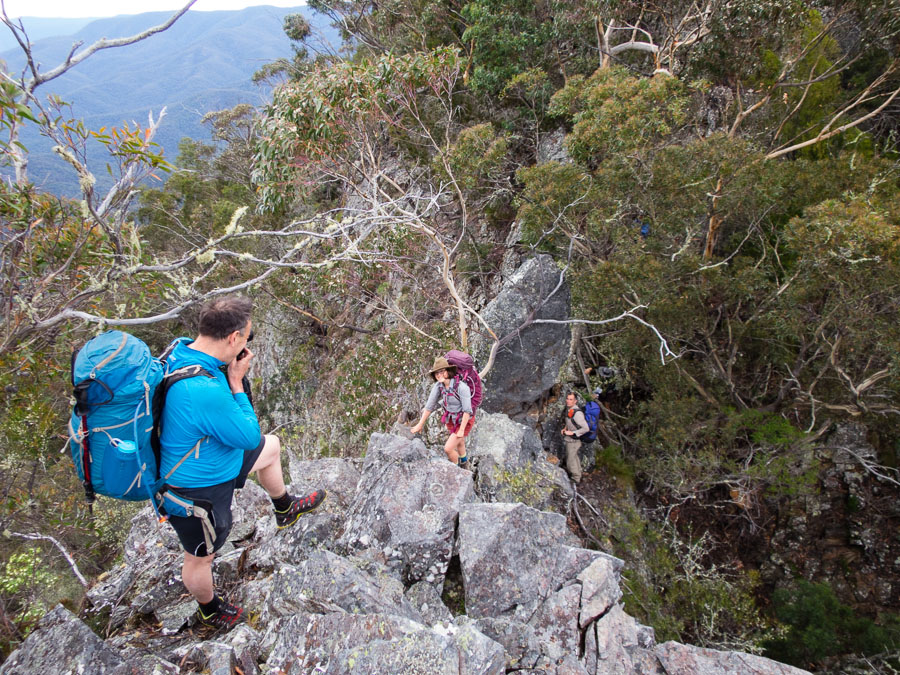 Still a long way to Tabletop. 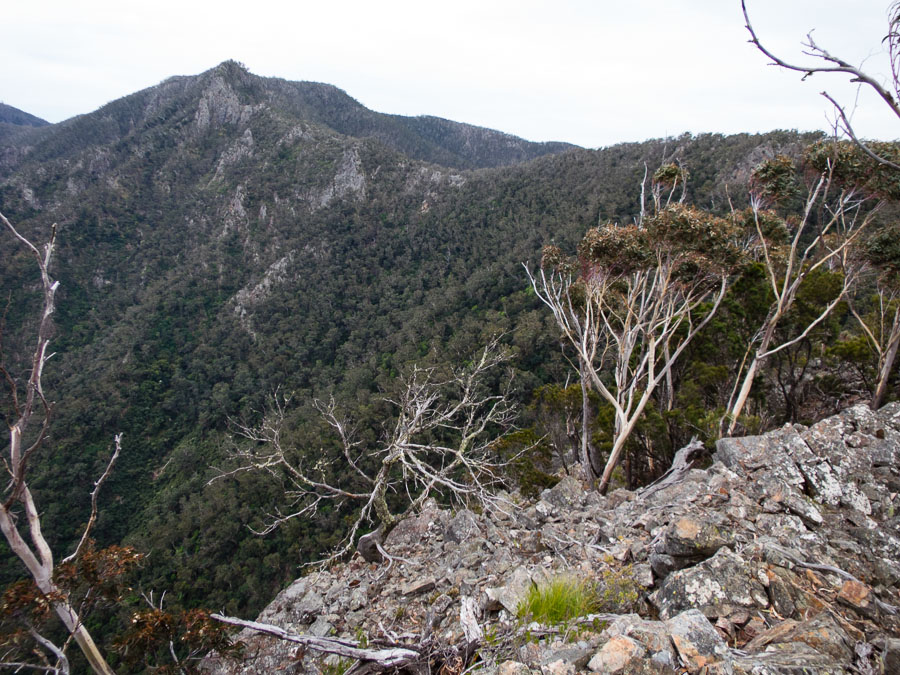 A particularly exposed section of the descent off Scout Hat. 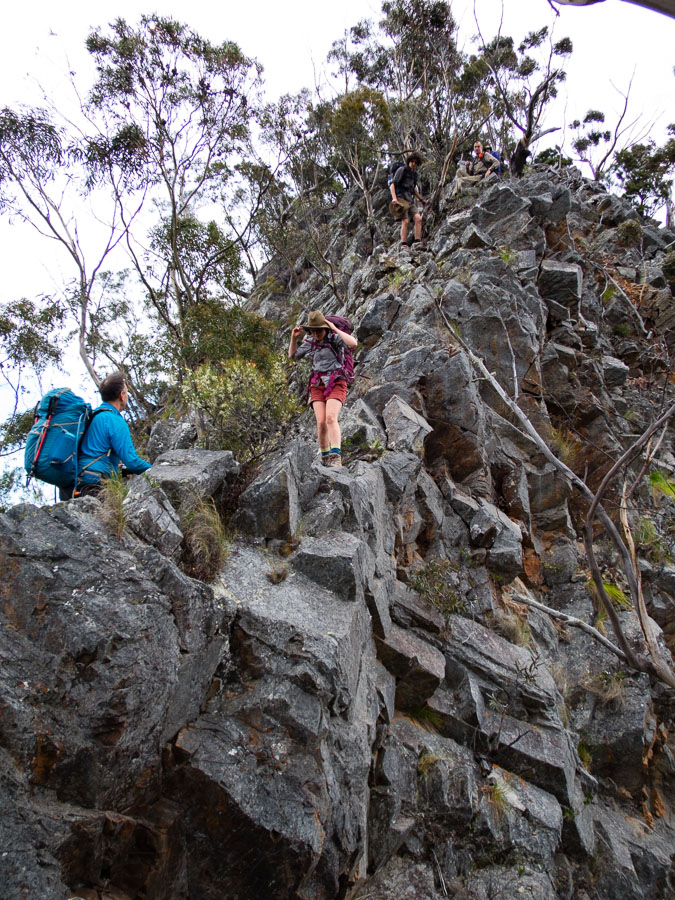 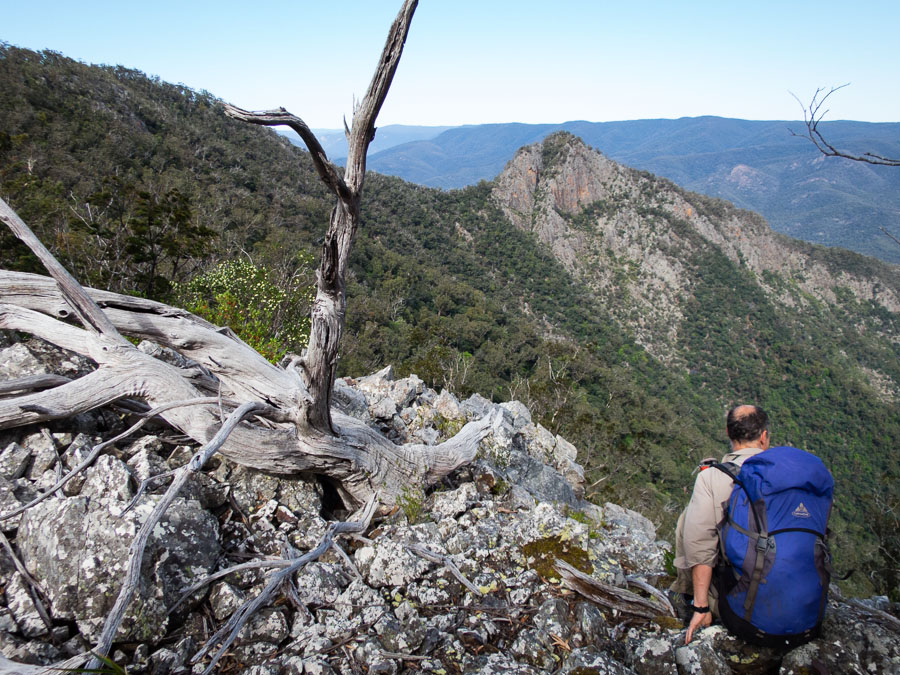 Once past Scout Hat it wasn’t completely straight-forward… 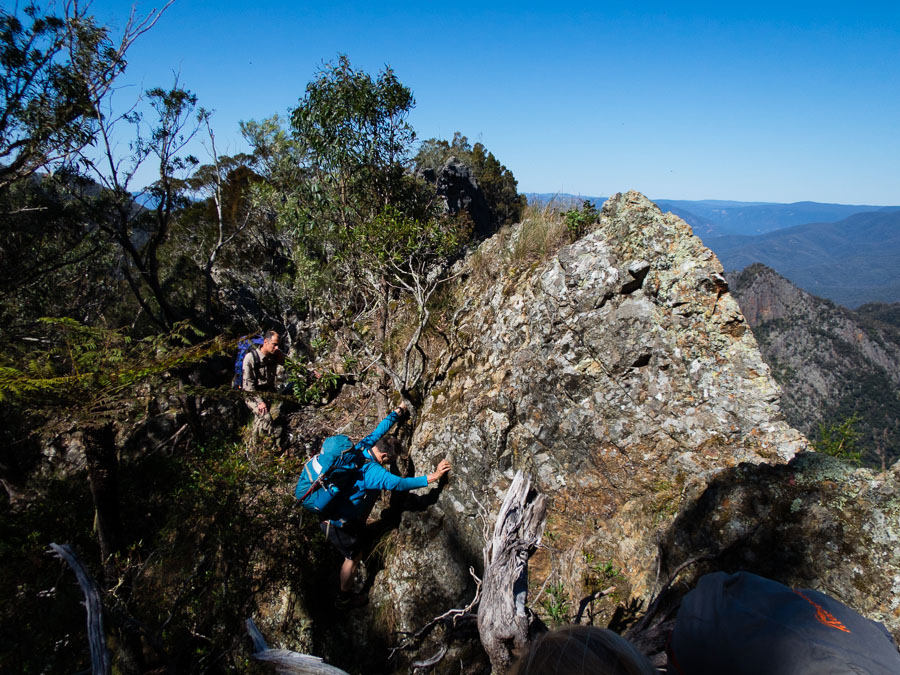 Four hours after leaving camp we made it to Tabletop – the first flat ground we’d encountered in that time! We enjoyed a cup of tea and a long break here. 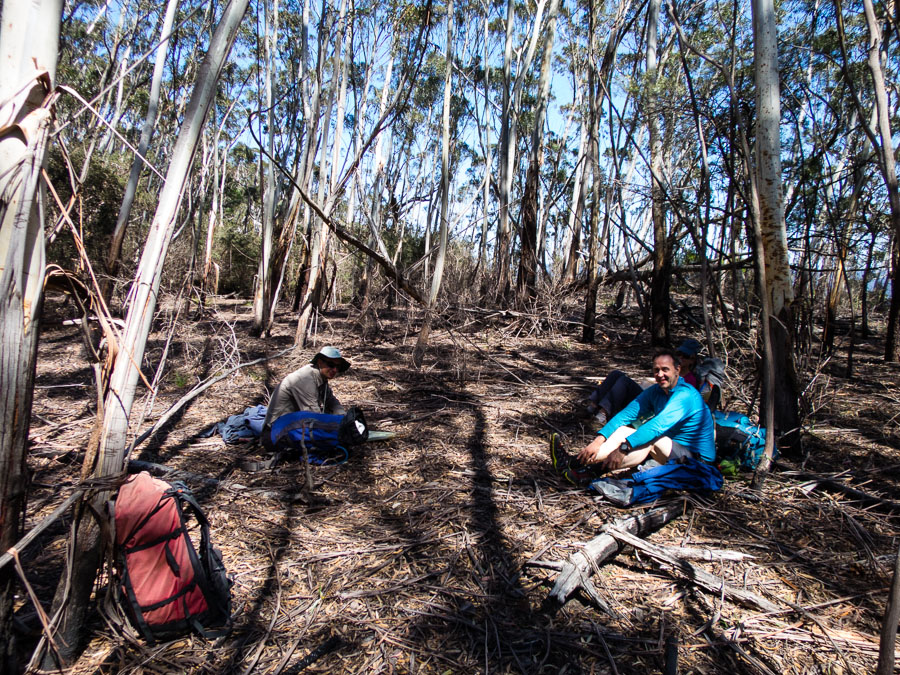 Then we pushed onto Horseshoe Point, our camp for night 2 and where John had cached 18l of water. It was a lovely spot. 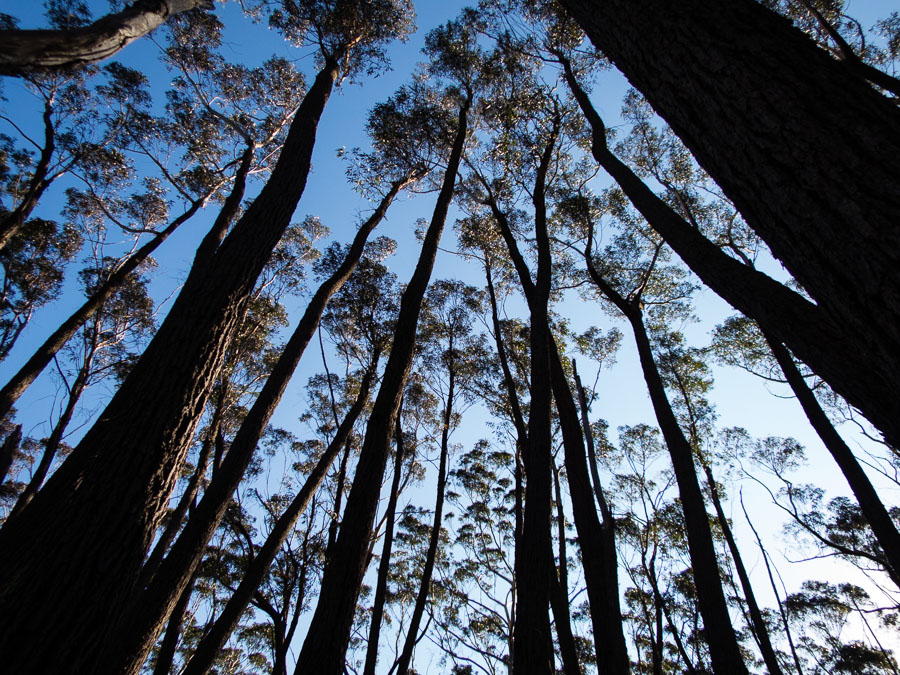 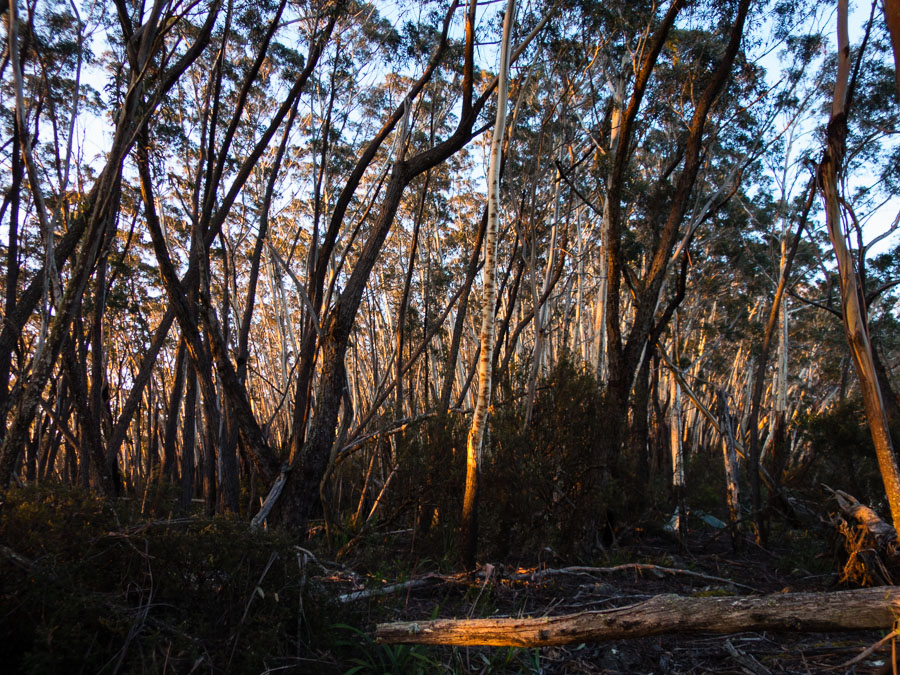 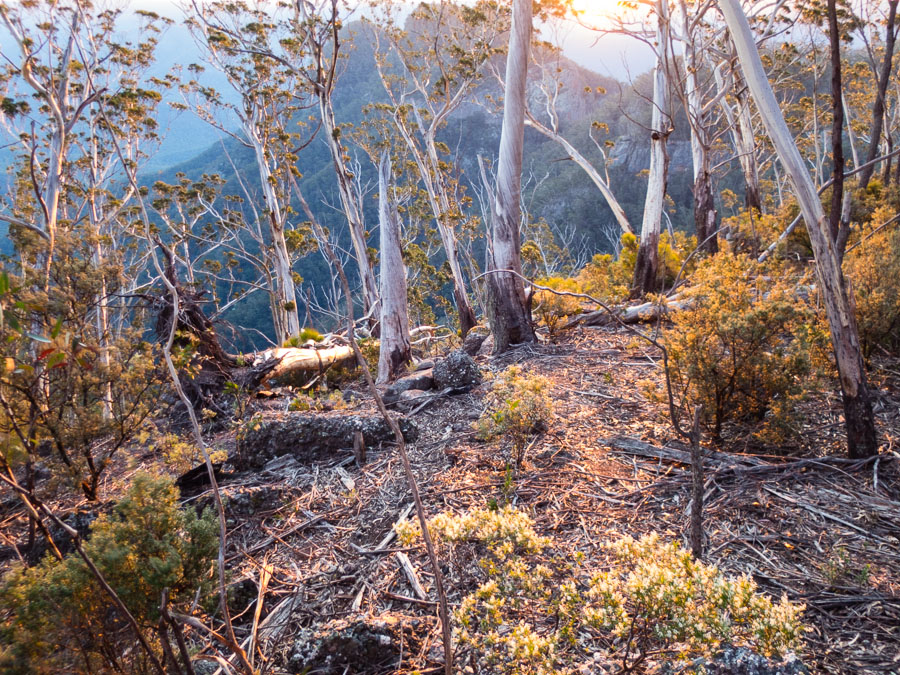 Vivien and I collected some water from a nearby (40 mins walk) spring. We had split groups earlier in the day – with the advance party making an attempt on Mother Woila. They had collected water during dusk on their way back and clearly hadn’t managed to find the nice clear sump we filled up from. 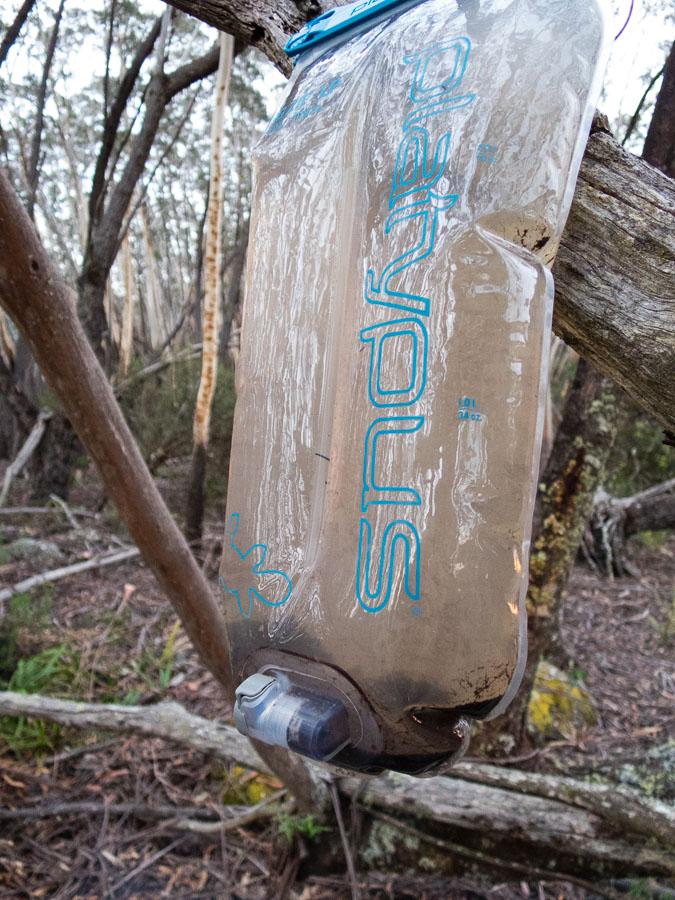 Day 3 was potentially going to be a boring fire-trail bash but our fearless leader decided on a cross-country short cut. It ended up being lovely walking. Good call. 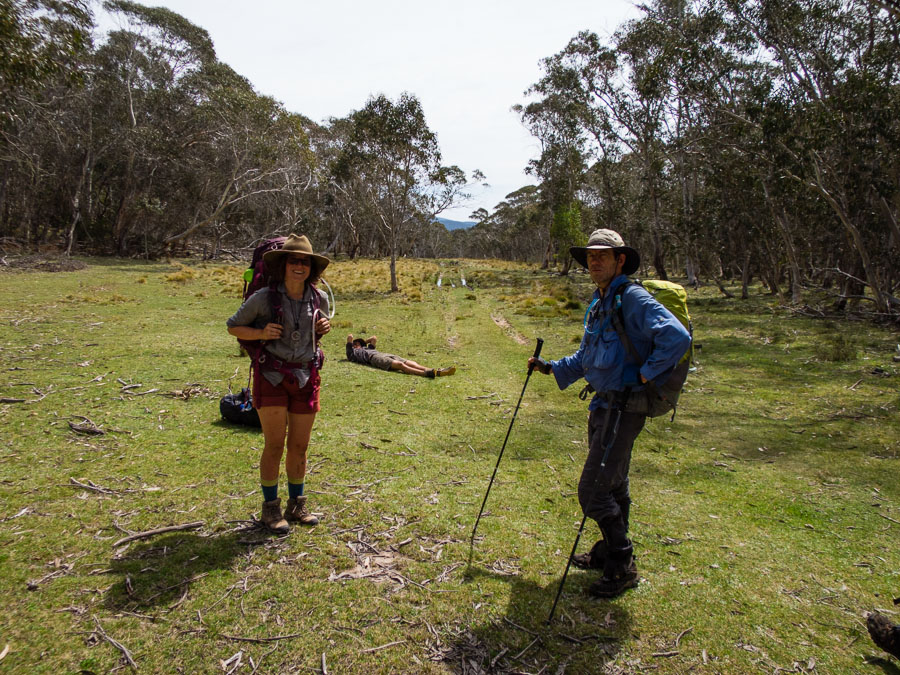 The final push back to the cars. A fantastic long weekend in rarely visited country. 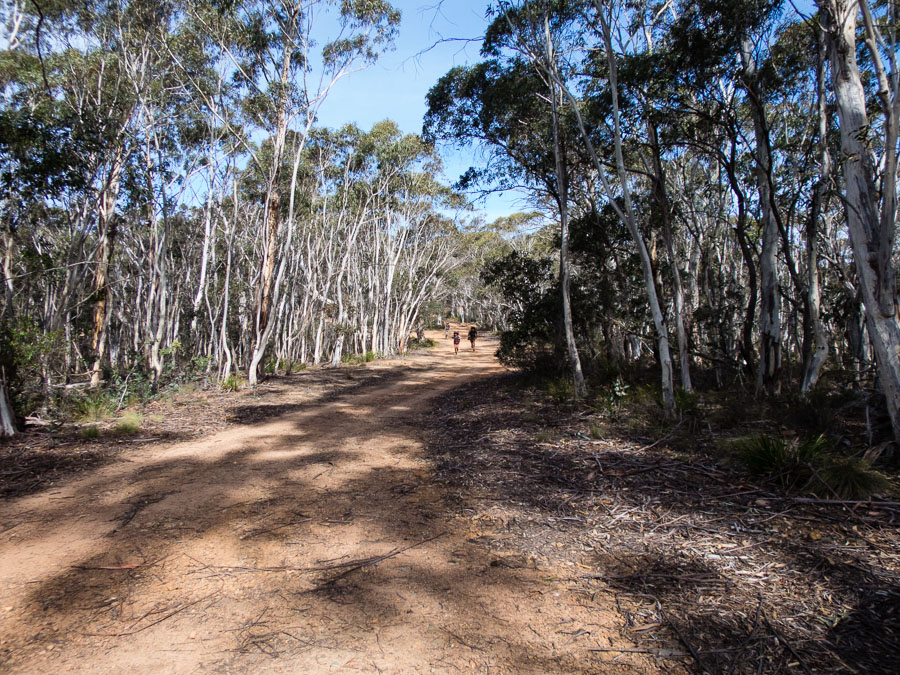